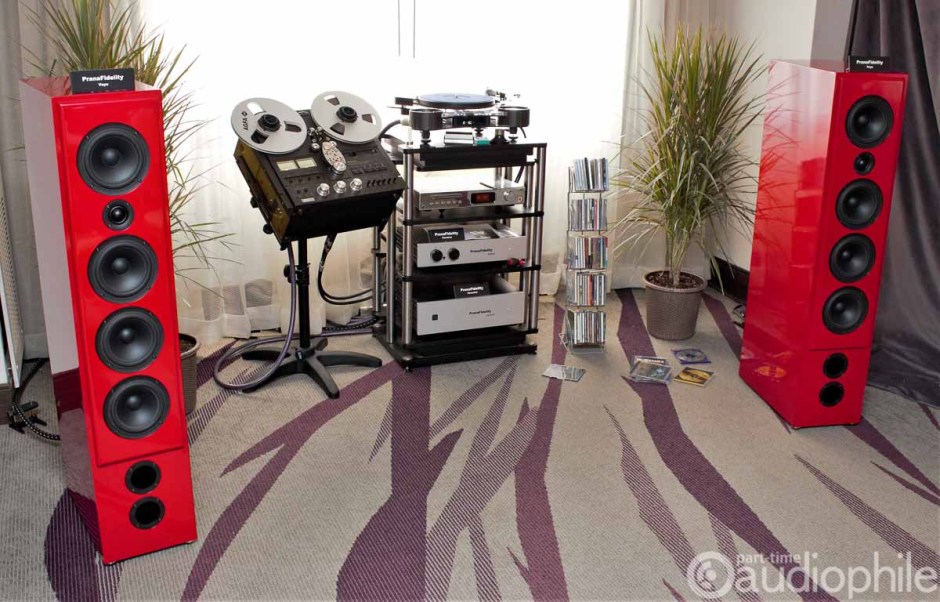 In the upcoming Summer Issue of The Occasional, I talk about all of the fantastic brands I’ve discovered over the last year or so, pretty much since I’ve joined the Part-Time Audiophile team. PranaFidelity is another one of those brands, a manufacturer that’s out there creating a buzz about their products despite my relative ignorance. At T.H.E. Show 2019 I was finally able to familiarize myself with this Denver-based company and its kind and thoughtful owner, Steven Norber, and I had that slightly obtuse feeling of someone who has just discovered something that everyone else already knows. I call it the Duh Factor. 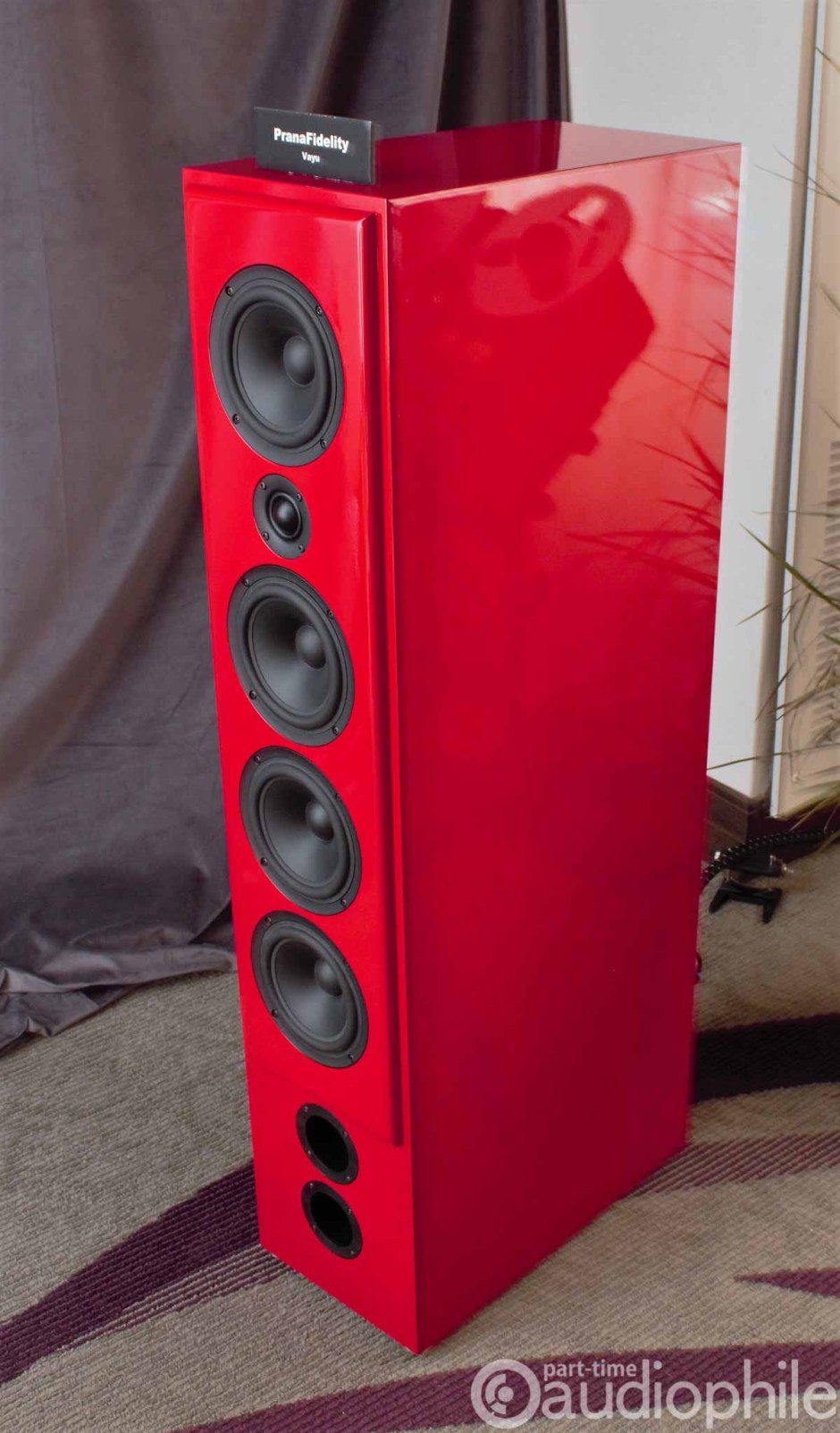 The first thing I noticed was the PranaFidelity Vayu/fs loudspeakers ($8950/pair). These were somewhat conventional yet substantial towers finished in a beautiful deep red, and they created a beautiful deep sound that seemed way out of alignment with the modest MSRP. Remember how I waxed rhapsodic about those Living Voice R25A speakers at Munich, and how they redefined performance at the $5000 level? The Vayu/fs might do the same at the $10,000 level. This large floorstander is a 2-way line array design with four woofers and a tweeter, and a frequency response of 28 Hz to 23 kHz. The Vayus were dynamic, transparent and utterly musical, and they captured my heart.

I certainly don’t want to dismiss the rest of the system, which included the 400wpc PranaFidelity purna/ma power amplifier (also $8950), the PranaFidelity purna/ca preamp ($4500-$9950 depending upon configuration), the Helius Designs Viridia turntable ($7195) with Phaedra tonearm ($6595) and a now-discontinued Win SMC-10 cartridge. Steven was also using a Technics RS-1500 reel-to-reel deck modified by Tim de Paravicini ($10,000) and an E.A.R. Acute Classic CD player ($6795). Cabling was all from Furutech, consisting of many of the same exact products I use in my own reference system. I heard an obvious synergy in this system, that effortless quality that can be so elusive. 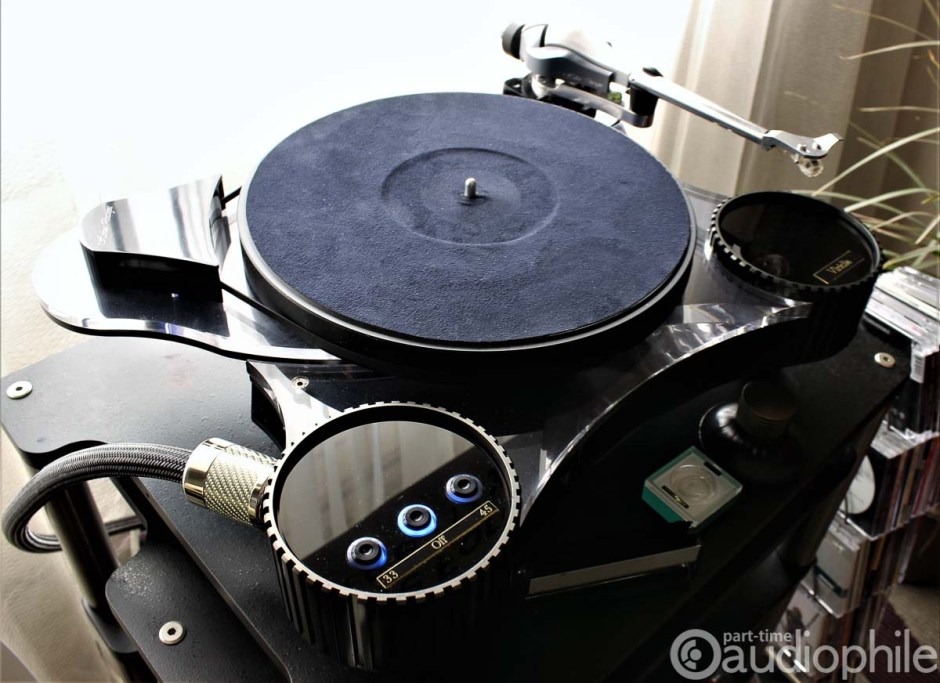 The PranaFidelity room quietly became one of my favorite rooms at the show, mostly because of that misplaced sense of discovery that I had. When I mentioned this room on social media, everyone popped in with comments about how fine this gear is, and that Steven was “good people.” In the end, I don’t really feel dumb for waiting so long to hear these designs–that’s part of the fun of our hobby. If you’re a serious audiophile who isn’t familiar with this brand, however, I urge you to give it a listen ASAP. I was really impressed with this system. 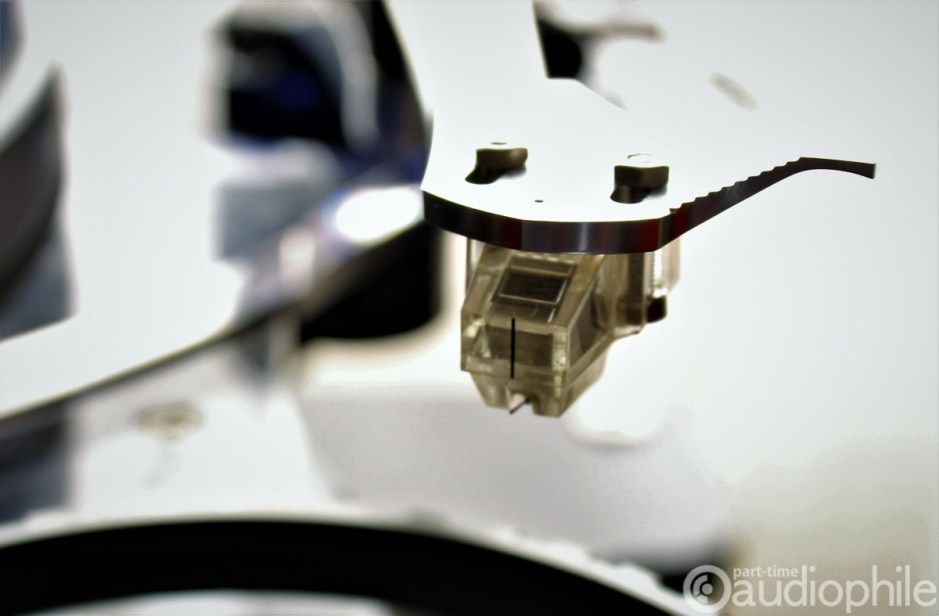 DOWNLOAD YOUR COPY OF OUR BRAND NEW SPRING EDITION HERE It’s June, it’s back and it’s better than ever… I’m talking about 120 pages in the Spring Edition of The Occasional magazine. It is chocked full […]

Harkening from the Land of the Rising Sun, the Rotel Michi P5 Preamplifier and Rotel Michi S5 Stereo Amplifier presented an imposing pair in my listening room. Weighing in at a hefty 50 lbs. for […]