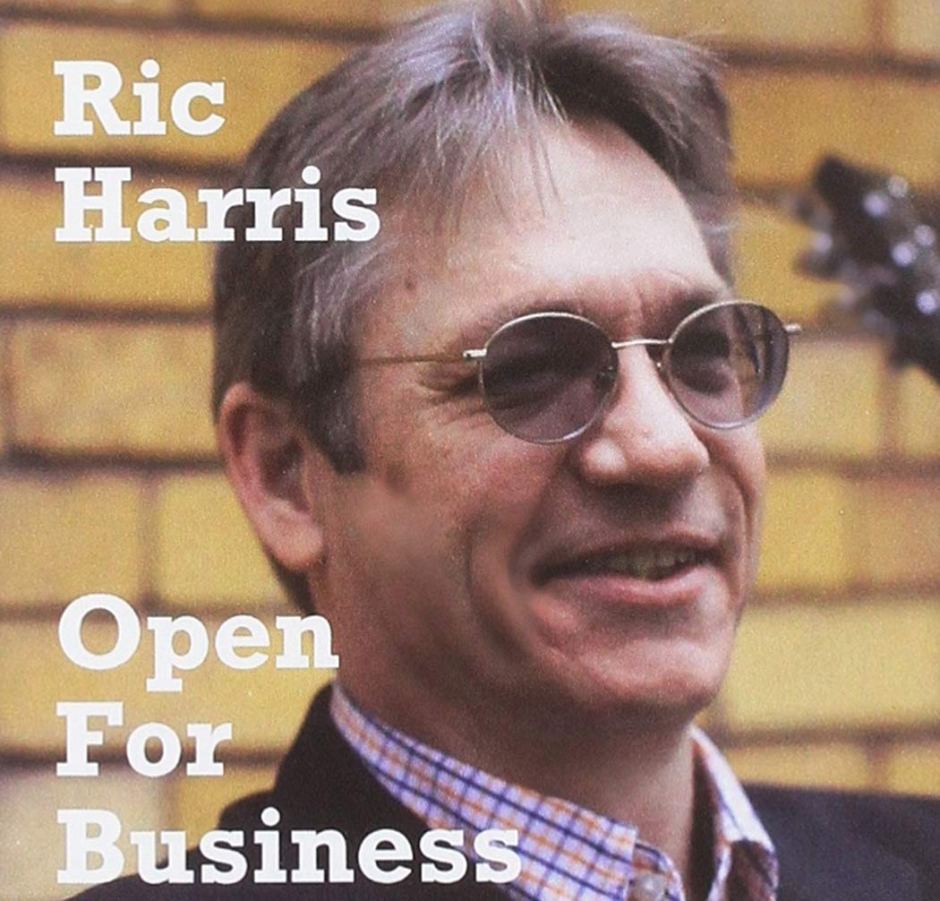 Blues guitarist and singer Ric Harris has one of those gruff, weather-beaten voices that exemplify the genre. He sounds like he’s been on the road forever and a day, and that it probably takes him a long time to wake up in the morning because of everything that happened last night. Give him a couple of beers and his guitar, however, and he’s good to go–a regimen that’s suggested by the title of his new album Open for Business. While the voice reflects the mileage, his guitar is quite another thing. Ric Harris shreds. When it’s time for the guitar to do his talking, it has plenty to say. There’s no longer that feeling that last night was rough, and it’s going to take a while to get going. Blistering is the adjective we usually trot out describe a guitar player like this.

That feeling of road-honed talent has more than a kernel of truth to it. Ric Harris hails from North Carolina, but he was inspired to travel to the Old Town School of Folk Music in Chicago to develop his craft after seeing an ad in Guitar Player magazine. (That’s why you hear more Chicago than Delta in his lively brand of blues.) A few months later he traveled to Los Angeles to study at the Guitar Institute of Technology. He then went back to Chicago and started his own band. I’m tempted to say “and he’s been playing ever since.” Harris actually retired from the blues way back in 1991 to raise a family. In a familiar refrain among contemporary jazz musicians, he’s back and he’s picking up where he left off.

Ric Harris has a blues guitar style that he patterns after his heroes–Duane Allman, Dickey Betts and Gary Moore. His style relies heavily on the pure and powerful strains of Southern rock and his solos could easily be transplanted from blues into just about any rock and roll genre. (It’s only when he grabs his slide guitar that he’s firmly planted in blues.) He’s backed up by some of the finest blues and rock musicians in Chicago such as rhythm guitarist Zack Avery, drummer Marty Binder, bassist Harlan Terson and keyboard player Steve Kostakes, with occasional visits from harmonica player Ray Cumpian and background singer Gwen Klemenz. Together they create a wild, loose sound that comes close to what you’d hear live in the finest Chicago blues clubs.

These 14 tracks were all composed by Ric Harris even though a few of them possess the familiarity of old blues classics. That’s one of the reasons he decided to take over as lead vocalist for the first time and place all his cards on the table, so to speak. His voice is raw, as I mentioned, but it is apt. It’s obvious that Harris is striving to learn more about the blues every single day, and in every subsequent performance, and his enthusiasm definitely comes through in Open for Business.

Reporting by Eric Franklin Shook KENT, UK (PTA) — Chord Electronics is definitely open for business! If by chance you were sadly mislead, bamboozled, or hoodwinked by a poorly contrived April Fools Day prank, I […]

NEW YORK (PTA) — News from Andrew Singer of Sound by Singer arrives to welcome in the new year, and bring wishes of comfort to those working from home again in 2022. Sound by Singer […]