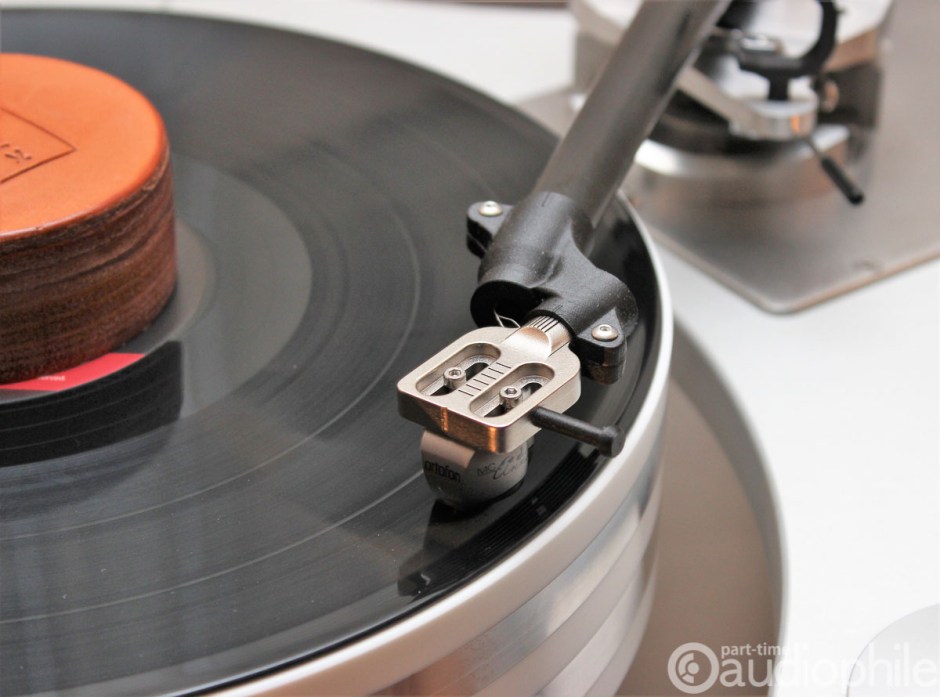 When I walked into Room 315 at T.H.E. Show 2019, I was met with a group of components that I haven’t seen often at high-end audio shows–Durand tonearms, darTZeel, Evolution Acoustics and Wave Kinetics. I’m not saying that these manufacturers rarely exhibit, but I had this feeling of discovering unicorns, of listening to gear that just isn’t seen out in the wild on a regular basis. This room was sponsored by importer distributor Blue Light Audio and local dealer The Audio Association, along with Jonathan Tinn and Kevin Malgrem of Evolution Acoustics and Joel Durand who represents, well, a certain tonearm in the room–the brand new Tosca ($15,000). 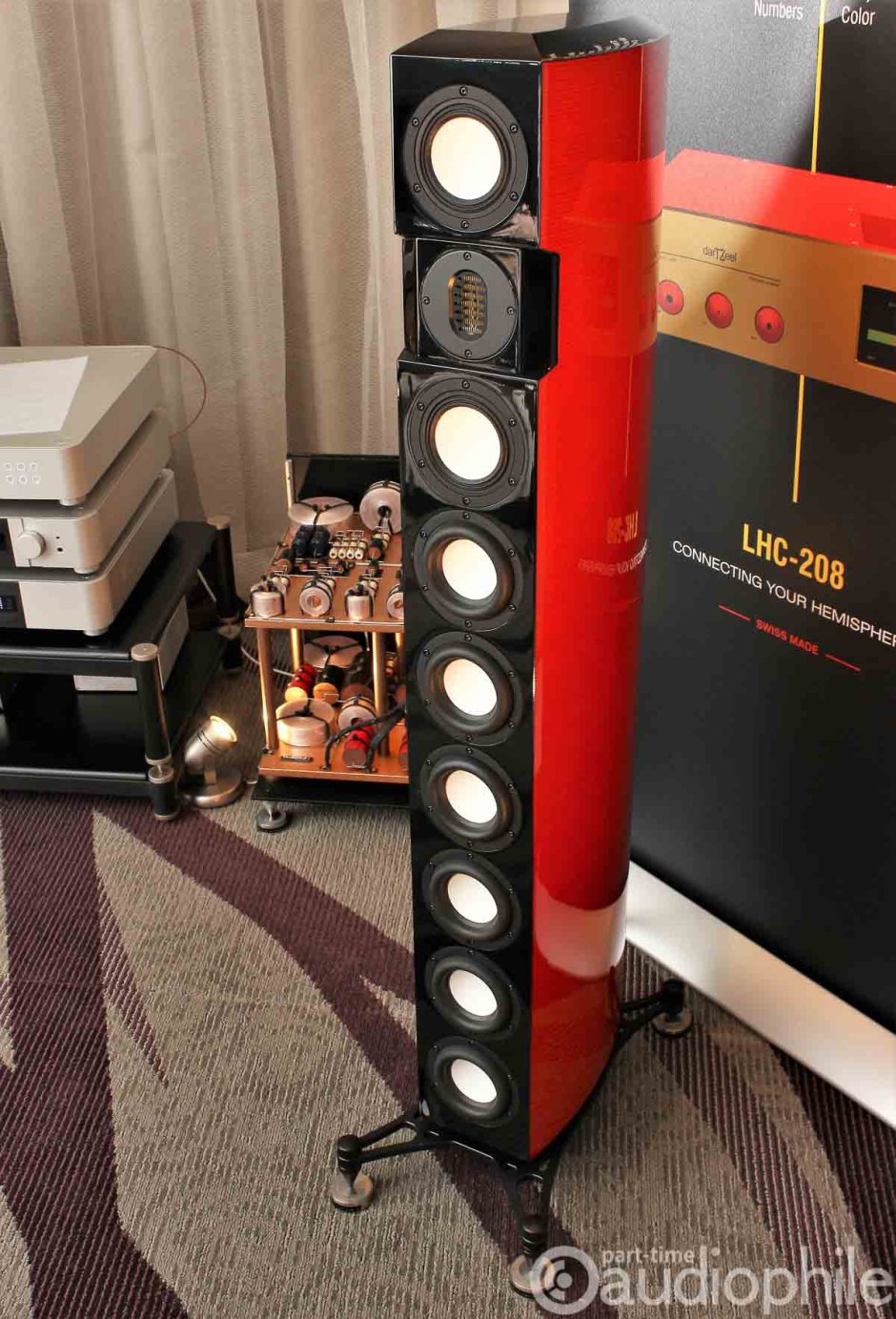 A perfunctory web search showed these gentlemen have been exhibiting at several recent hi-fi shows, so it must just be me, but I got a kick out of hearing many of these products for the first time. I have heard gear from both Evolution Acoustics (in Australia at Jeff Knox Audio) and Durand tonearms, many years ago at the Lone Star Audio Fest of all places, but I’ve always been intrigued with darTZeel and have only read about them in audio magazines. The gold and red motif is even more beautiful in person. The Pleasure Control knob is everything I wanted it to be, by the way. Wave Kinetics is also been a brand that, in my world, has been seen but not heard. 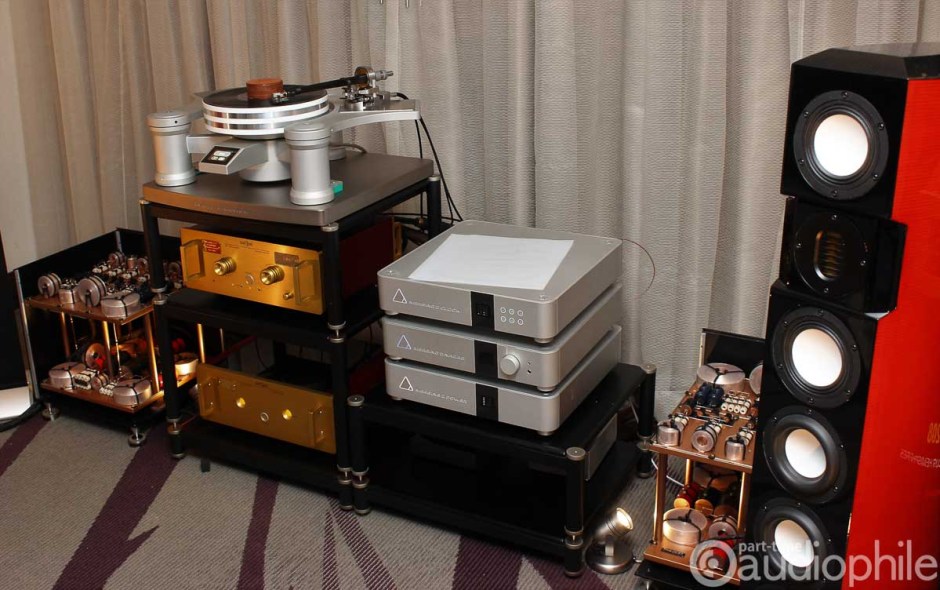 In addition to the Durand tonearm, the system featured the almost impossibly thin and tall Evolution Acoustics EXACT Maestoso loudspeakers ($18,900), the Wave Kinetics NVS turntable ($45,000), the darTZeel NHB-108 Model Two stereo amplifier ($44,000) and an NHB-18NS MK. II preamplifier with a built-in phono section ($44,000). This system produced a soundstage that was incredibly deep and realistic, which seemed impressive coming out of such slender transducers.

This was also an exceptionally beautiful system, with clean lines and bold colors. While much of the focus was on the Durand tonearms, which has been creating a lot of buzz on the internet, that Wave Kinetics turntable was absolutely gorgeous. As I sat and listened, I envied the audiophile who will purchase this equipment and listen to the engaging sound while gazing at all those smooth, gleaming surfaces. My time in that room seems like a blur now, so hopefully I’ll have another chance to dig even deeper in the future.

LOS ANGELES (PTA) — Audiogen US is a Los Angeles based dealer of high-end electronics and loudspeakers that has a 20 year history that spans two continents. Starting out in Istanbul, Turkey with their founding […]