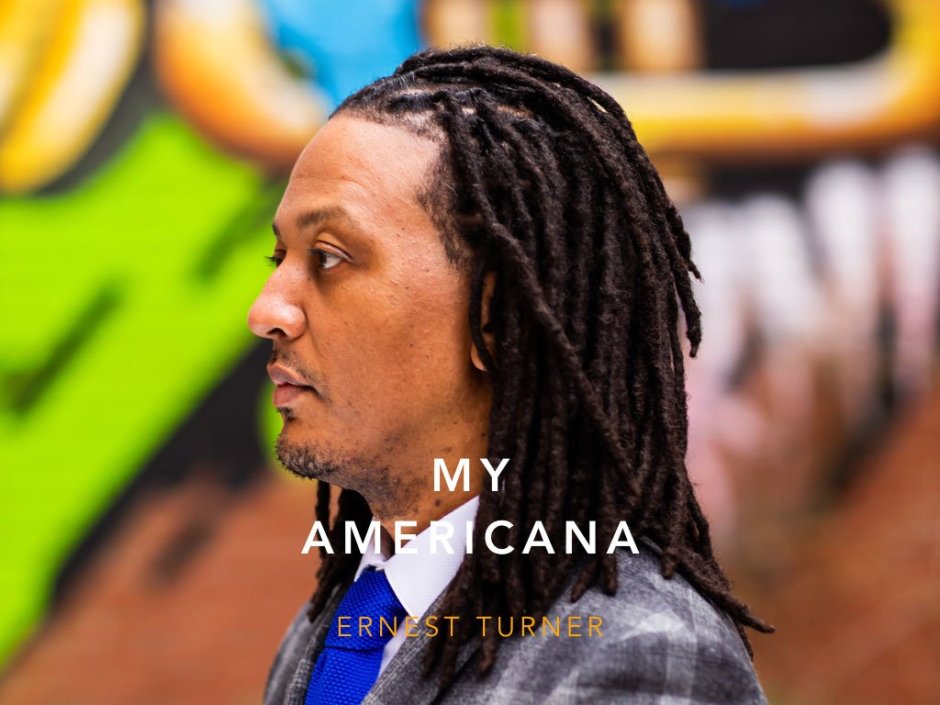 It only takes a few seconds of listening to pianist Ernest Turner before you realize he has it, that feeling you get in the world of jazz that’s known as “the truth.” That’s Turner’s mantra, according to the liner notes, that he’s “searching for the ever-elusive musical truth.” That can be a lot of different things, of course–I believe it’s that point where a performer just opens up and acts as a conduit for the music. (Think Oliver Nelson’s Blues and the Abstract Truth.) It just flows, unimpeded. On his new album, My Americana, Ernest Turner finds the truth at home, in Durham, North Carolina.

Ernest Turner is one of those jazz musicians who started playing at an early age. He studied jazz in a university setting, honed his craft in New Orleans and then headed back to the Tarheel State to help create a thriving local scene. He assembled a very tight trio that includes bassist Lance Scott and drummer Jon Curry, and the three of them played together for years, developing the compositions you hear on this album. Perhaps that’s why My Americana sounds so real in the be-bop sense, so pure and in the zone. This music thrives on so-called improvisation, the idea that this is an impromptu gathering, but it’s so tight and perfect in its sense of discovery that you know it took a very long time to arrive at this place.

It’s a pleasure when I discover performers still into be-bop, still trying to create something that’s part of a vanguard that happened many decades ago without irony. That’s where the truth comes in. Ernest Turner’s piano makes sense in so many ways, even when it’s veering off the rood and cutting through the forest. He’s uncompromising, but that doesn’t mean he capriciously discards the idea of adhering to the music and the melody.

My Americana is a small miracle simply because it flies against the contemporary trends of jazz by ignoring the idea of personality. That, after all, gets in the way of the truth, of the cosmic idea that there is a wellspring of music out there to discover, a place you need to be even if you spend your entire life searching for it. Ernest Turner is still a young man, and this is just his first album as leader, but he’s already tapped into the truth. He’s drawn a map for the rest of us, and we should be grateful.

While researching the Ian Wardenski Quintet and their new album, Collective Thoughts, I came across a curious news article titled “Prof Takes Break, Works on Recording His Music.” This was from the Anne Arundel Community […]

Yimba Rudo is an exciting and unique jazz trio, one that immediately stands out from the crowd due to its instrumentation. Vibraphonist/percussionist Kevin Norton, drummer/percussionist Jim Pugliese and bassist Steve LaSpina offer a minimalist approach […]