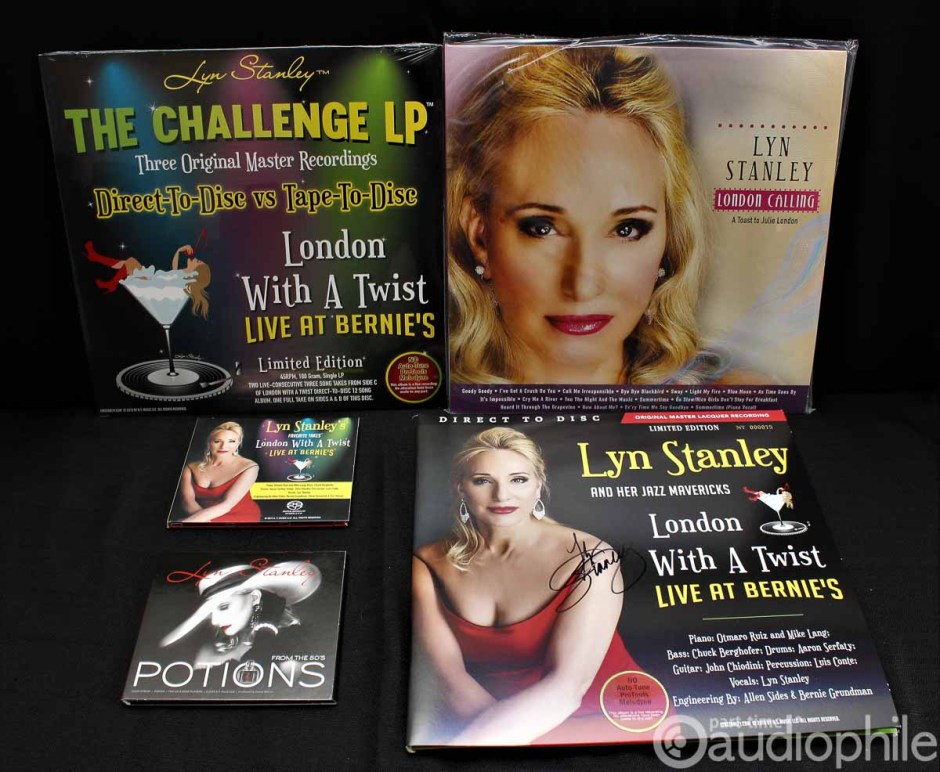 Lyn Stanley and I first started chatting through email and social media right after I reviewed The Moonlight Sessions: Volume One on my blog back in August 2017. She’s the type of performer–and there are many of them–who reach out and thank reviewers when they have kind words for her. After that, Lyn always made sure I had copies of her new releases, in formats that ranged from redbook CD to SACD to LP to reel-to-reel tape. Over the last two years I’ve had plenty of nice things to say about her and her music. She cares deeply about sound quality. She injects intelligence into her arrangements and musical themes. She has an enormous amount of respect for the history of jazz. Plus, I really dig her voice. 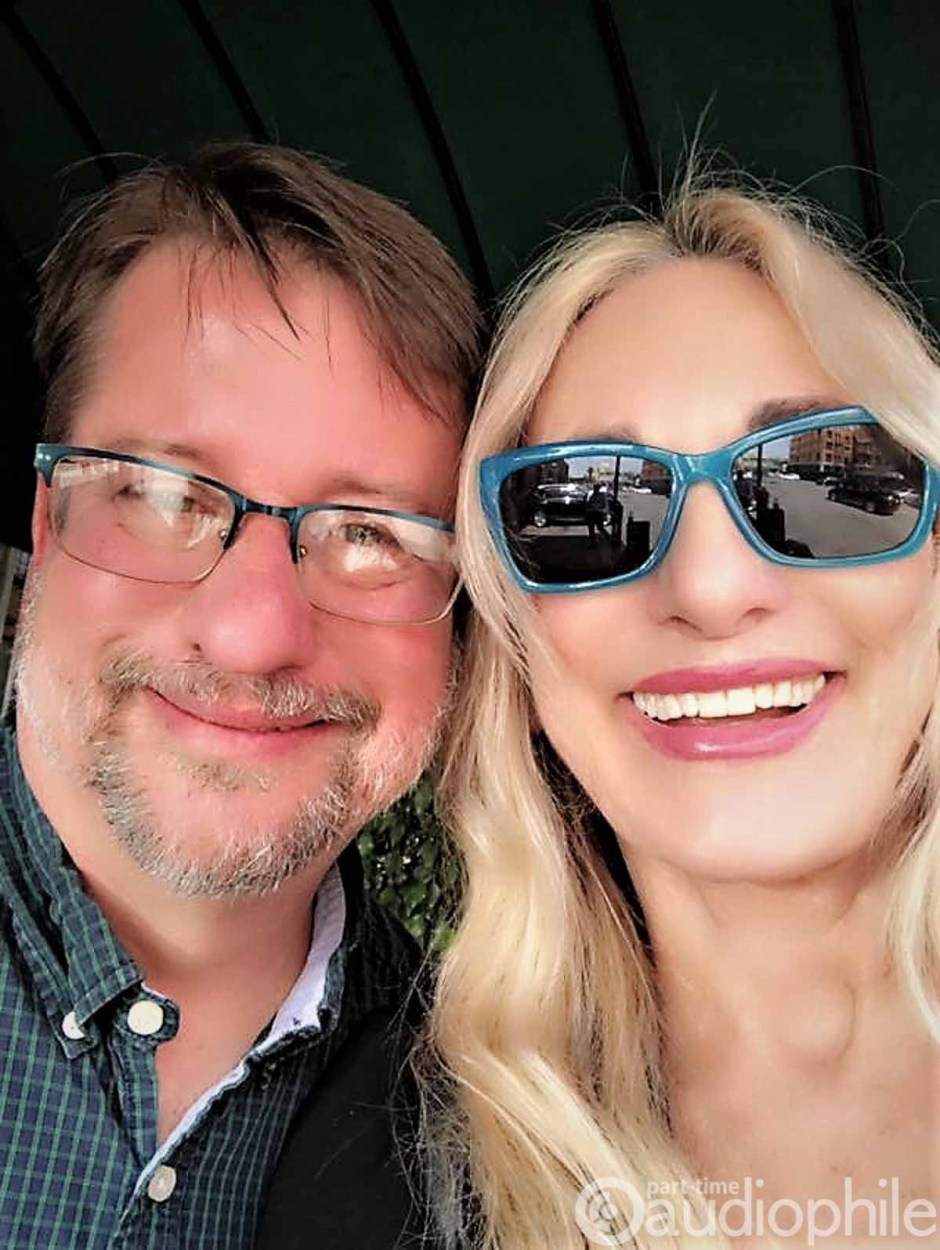 We hadn’t met in person until right after T.H.E. Show 2019. I’ve attended plenty of high-end audio trade shows where she’s somewhere, doing demos of her recordings, singing live and answering questions from show attendees. I’m always in the wrong place at the wrong time, even though we make tentative plans. At High End 2019 in Munich I finally saw her in person, several times in fact, but she was always running from one place to another with a very serious look on her face. I didn’t want to bother her because she seemed to be in a hurry. But hey, that was Lyn Stanley who just walked by. Cool.

I thought we could definitely meet at T.H.E. Show 2019, since Lyn lives in Southern California, but she couldn’t go because she was busy in the studio. But if I could come out and meet her in Burbank…of course I could, says the guy who used to live and work in Burbank and hasn’t seen it for many years. 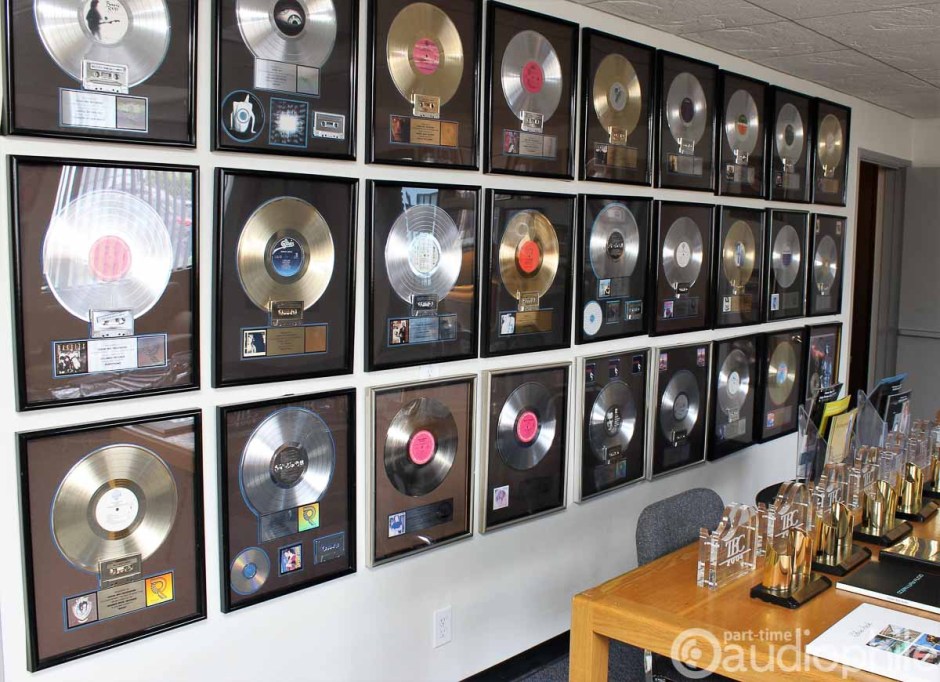 We met at the legendary Ocean Way Recording studios where I got to meet the equally legendary recording engineer Allen Sides,. who was extremely kind and generous with his time. Here’s another small world moment for me–Allen and Lyn were keen on me listening to some of the digital masters from her recent Julie London sessions on a system featuring Ocean Way Audio components. The big two-way monitors sitting in the corner of the room looked familiar. I had actually auditioned them at length at one of my old dealers in New York City, and I really liked them. “Hey, I know these!” The sound through the much larger Ocean Way Audio HR3.5 floorstanding monitors was live and real and ultra-dynamic, almost the antithesis of “hi-fi.” It sounded like the recording studio, raw and unfiltered, a living and breathing type of sound. 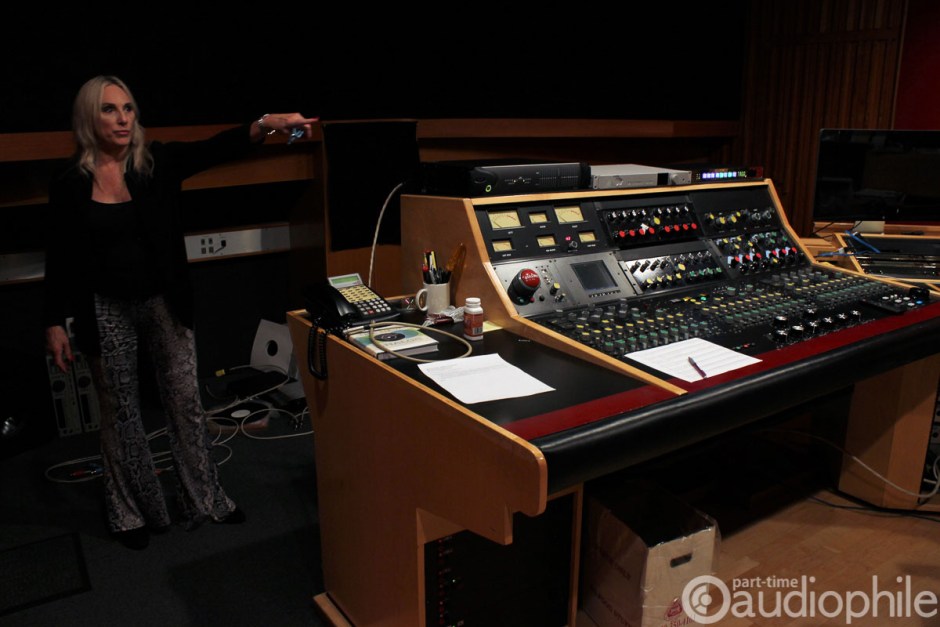 Best of all I had Lyn sitting next to me, giving me all the little details along the way like a film director delivering the DVD commentary. Hear that bassist? We got the same one who played with Julie London and Bobby Troup. Wait, this day I was a little hoarse, and you can here it…right…here. Nope, it actually sounds okay! We were listening to The Challenge LP for London with a Twist: Live at Bernie’s where the listener can compare the direct-to-disc recording performed at Bernie Grundman Mastering with a tape-to-disc transfer, and Lyn told me how stressful and chaotic it was to do the direct-to-disc, and how tough it was to make it through to the end without mistakes, and how everyone got so excited in the final seconds knowing this was gonna be the one.

From there, Lyn drove me to Bernie Grundman Mastering in Hollywood. No, I didn’t get to meet Bernie since he was in a studio doing what he does best, but I did get a complete tour of the facilities. Lyn then mapped out where each musician performed during the direct-to-disc recording. Most of the musicians were spread out in the spacious main lobby, with cables running everywhere. Lyn was off in her own recording room, as were a few others. She described the process, the excitement and the pressure with passionate detail. 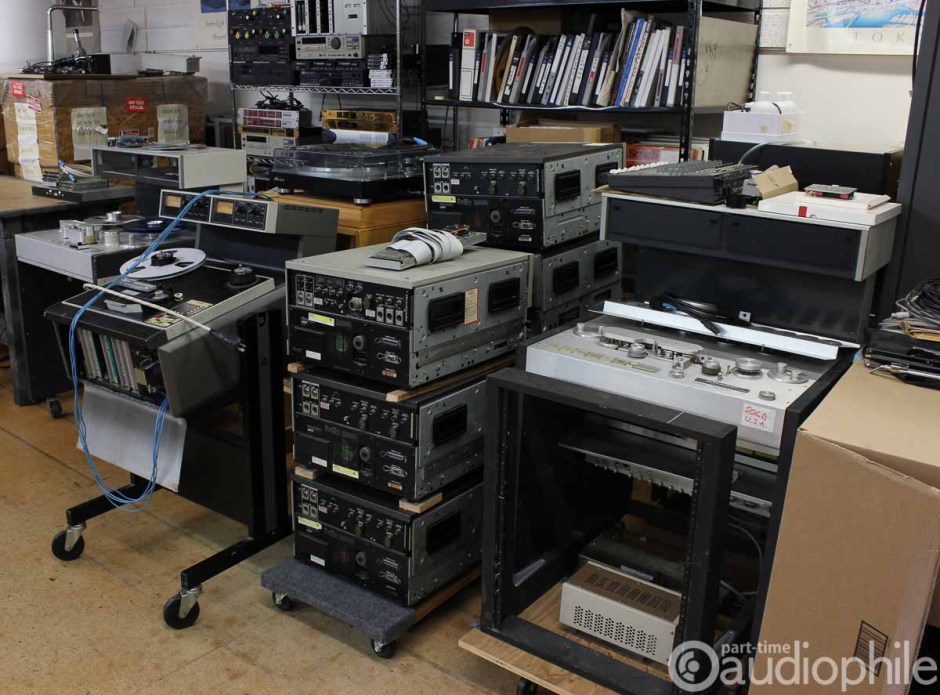 From Grundman Mastering we went to Capitol Records. Now, I grew up in LA. I’ve driven past that Capitol cylinder a thousand times. I’ve never been inside. It didn’t even occur to me that venturing inside would wind up being so sacrosanct, so full of history, but it was. I wasn’t allowed to take photos there, so I didn’t. But I roamed those famous corridors and poked my head into a few historical places. Lyn’s my witness.

Lyn Stanley took me out to lunch at Musso and Frank, a very classic Hollywood place to have lunch, and we parted ways. By the end of the day I was carrying a tote bag full of Lyn Stanley LPs and CDs and yes, I will be reviewing them all. London with a Twist: Live at Bernie’s, in particular, is what audiophiles would call a WOW album–the sound quality is breathtaking. It was an incredible day, a genuine treat for a music lover like me, and I have to thank Lyn Stanley (and Allen Sides) from the bottom of my heart for making it all happen.

Check out our past work with Lyn! 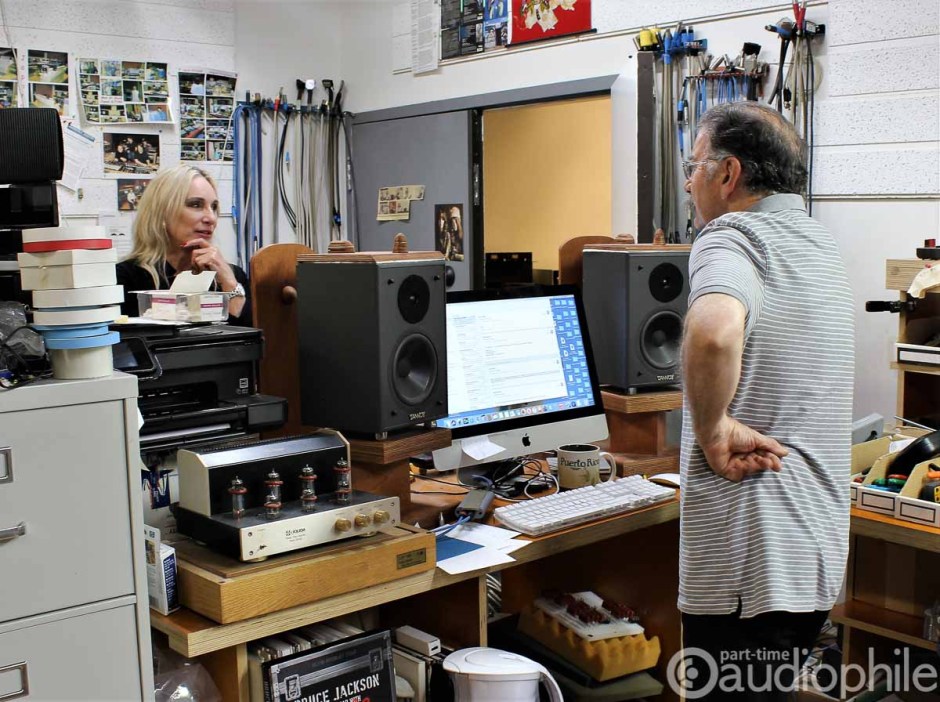 It’s an emerging and already dominant theme in contemporary jazz during the pandemic, and that’s using the latest technologies to connect and perform remotely with other musicians. This seems to be an unusually prolific time […]

Saxophone player Anna Koroleva just sent me her new album, Antigravity, straight from Russia. This was probably my favorite part of covering contemporary jazz in 2021, this influx of recordings that have come from places […]