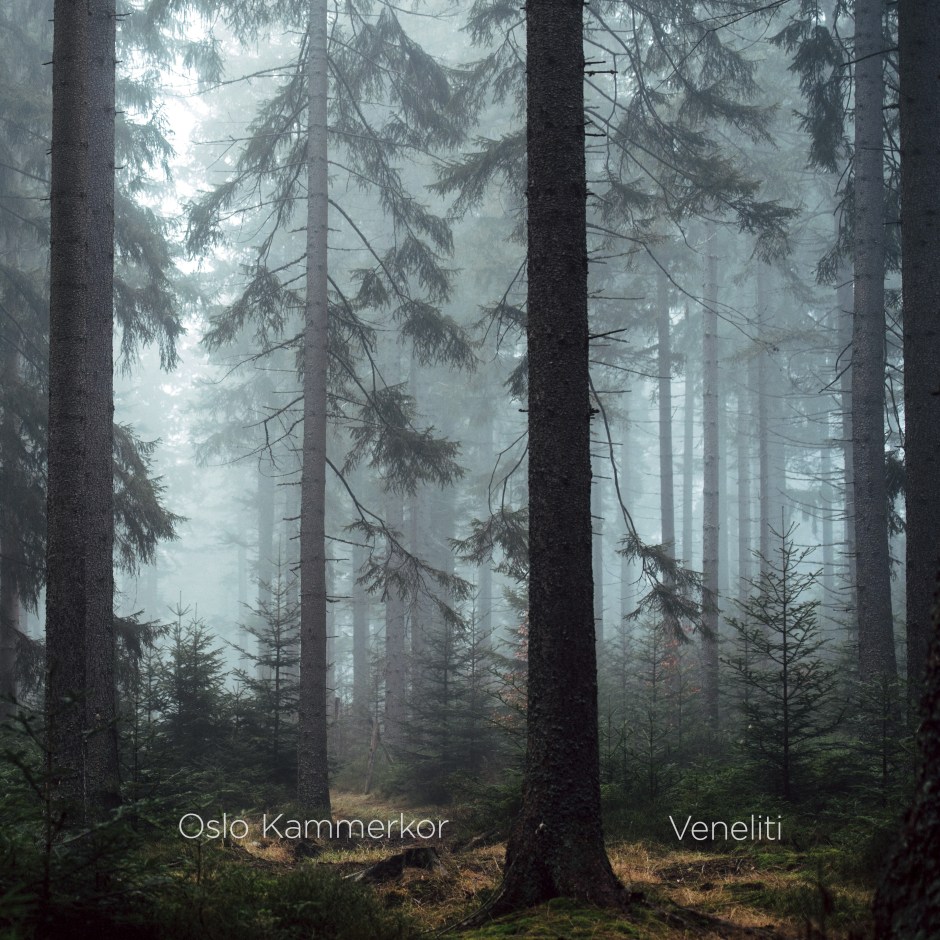 In terms of choral performances, the Oslo Kammerkor (Chamber Choir) and their performance of Orjan Matre‘s Veneliti is very different than the last 2L Recording I reviewed, Himmelborgen. In that recording, the Uranienborg Vokalemsemble chose works that re-define and build on traditional hymns, while Veneliti comes from the opposite direction, a re-working of folk music. The music from Matre, of course, takes a dream-like approach to the sound of a choral in the prerequisite Norwegian church, but this time the voices are allowed to float and blend into something more surreal than “And when this flesh and heart shall fail.” Veneliti has a secular feel that’s still a bit haunting, still suggestive of mystical forces that drive the singers’ emotions.

“The music you are about to listen to has been on a long journey before it finally reaches your ears,” the liner notes explain. Matre has spent his life listening to folk traditions, and he is especially interested in how a specific voice can change the meaning and core of the song. For that reason he has carefully matched the members of Oslo Kammerkor with the the song by listening to old recordings. Couple that with the fact that the Oslo Kammerkor singers tend to learn songs by ear, and not sheet music, and the individual translations–as well as the corresponding arrangements from Matre–become looser and more intuitive. 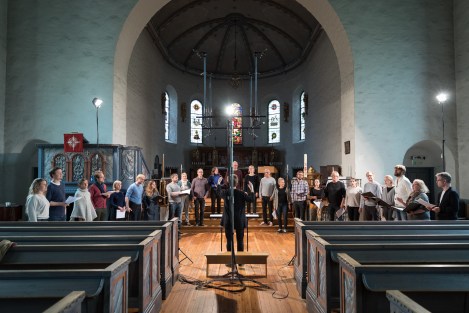 That means each one of these brief folk translations has been curated in a way for maximum impact, more musically than mathematically. Perhaps that’s why this beautiful music is so listenable. These are mostly unknown to listeners who did not grow up with Norwegian folk traditionals and yet there’s a calm, sensible feel to the songs. They just fit, in a way. They make sense. Oslo Kammerkor and Orjan Matre and conductor Hakon Daniel Nystedt have worked hard to present this seemingly casual precision to Veneliti–it would be a nice story if all the people in that church on that day just winged it and everything surpassed expectations. In the real world everyone practiced, learned these folk songs backwards and forwards until the secret keys were found and employed.

A lot of things could have happened–Veneliti could be messy, chaotic or indulgent. Instead, the Oslo Kammerkor know how to apply consistence to these folk songs and the entire program blends into a whole. That’s amazing since these songs come from so many places and so many times. In lesser hands, this recording might have been more challenging and thorny around its edges, but 2L Recordings’ Morten Lindberg knows how to record and choral work in a big wooden church better than just about anybody. Veneliti is beautiful music, in the most inspiring way, and its long journey to your ears adds depth to the story.

When I received Ole Bull–Stages of Life from 2L Recordings in Norway, I suddenly realized that I’ve been playing a game for some time with these releases. The front covers of most 2L albums share […]

Do I really need a music server like the Innuos Zen Mini Mk. 3 at this point in my life? I’m still pretty old school when it comes to physical media. I have large CD […]