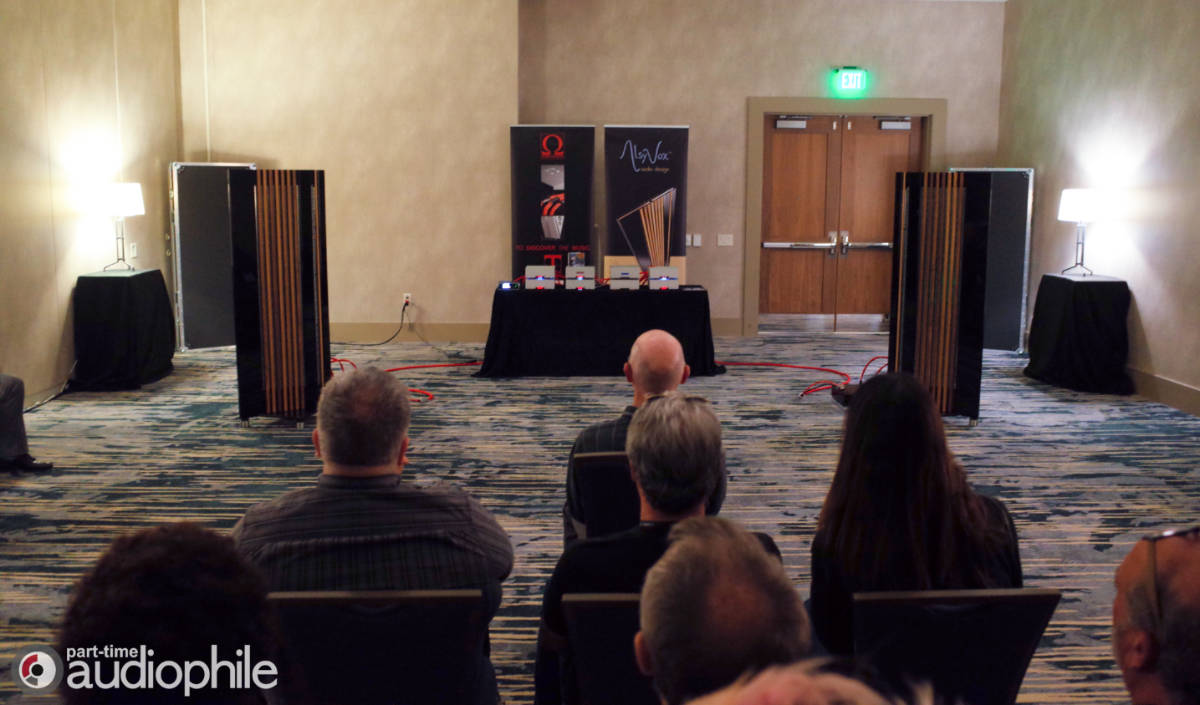 DENVER (PTA) — I love big panel speakers. They play the room unlike any other loudspeakers I know of. However, the most common (and annoying) myth about them is that panel speakers have trouble producing real bass without a ton of power. Alsyvox and Omega Audio Concepts joined forces at the Rocky Mountain International Audio Fest 2019 to shake-up these misconceptions.

In recent years Alsyvox has had many great showings around the audio show circuit. Most of these were personally missed due to the fact that I like to choose what rooms I cover at shows after all others on our writing team have expressed their own interests. Subsequently, the low draft status of my own choosing puts me at the disadvantage, as Alsyvox was never available for me to experience and write about until now. Luckily for me, this go round Alsyvox’s new Botticelli X panels being held in a larger room than I’ve previously seen.

I say I’m lucky about the Alsyvox Botticelli X ($87,000 pr USD) being in a larger room as in previous instances I felt the previous model Botticelli (standard version) were a bit much for the smaller spaces I’d previously heard them in. Don’t get me wrong, they sounded lifelike and thrilling, but a little throttled by the room size. The Botticelli and Botticelli X are by company terms considered to be the “middle” sized offering in the Alsyvox product line-up. However, I do not consider them small or even mid-sized in the least, especially when it comes to how they play.

The Botticelli X is a full-range true three-way ribbon design, with distinctly higher crossover points than conventional loudspeakers (750Hz, 6000kHz), and in this new upgraded range, the ability to opt for dual-outboard crossovers which bypass the stock internal ones. Also of note about the Botticelli platform is that these are high sensitivity speakers at 94db. Making amplifier options more diverse than other panel speakers on the market. 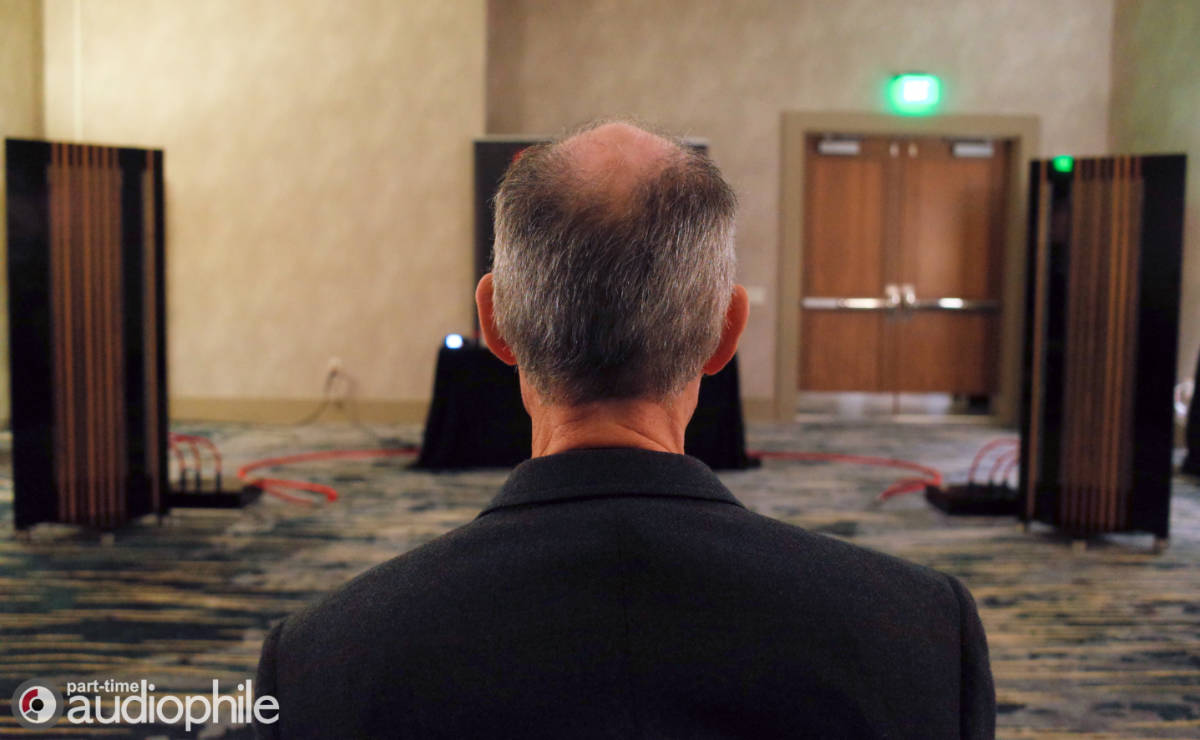 Essentially the Alsyvox Botticelli as just a single panel speaker. But how it plays the room so authoritatively. You’d be convinced that there were dynamic-driver sub-woofers somewhere in the building. This is one of the largest exhibit rooms in the Gaylord Rockies Hotel, and it seems like the Botticelli and Omega Audio Concepts components and cables were seeing little in any sense of struggle. The traditional three-way crossover points found on most traditional speakers are moved upwards with the Botticelli panels. I am urged to credit these crossover points for the more full-range slam of the Botticelli X speakers, but I can’t be sure. Being a generous stack of Omega Audio Concepts electronics at play, the power and silent background delivery of this pairing were top of the class.

Well it’s been another amazing year for us here at Part-Time Audiophile, and this holiday season has snuck up on us all too quickly once again. So, since December 25th is all about giving, and […]

Haniwa Audio has always meant one thing to me–fabulous phono cartridges. I’ve always considered them one of those small Japanese companies, like Miyajima or My Sonic Lab or a half-dozen others that have a Zen-like […]