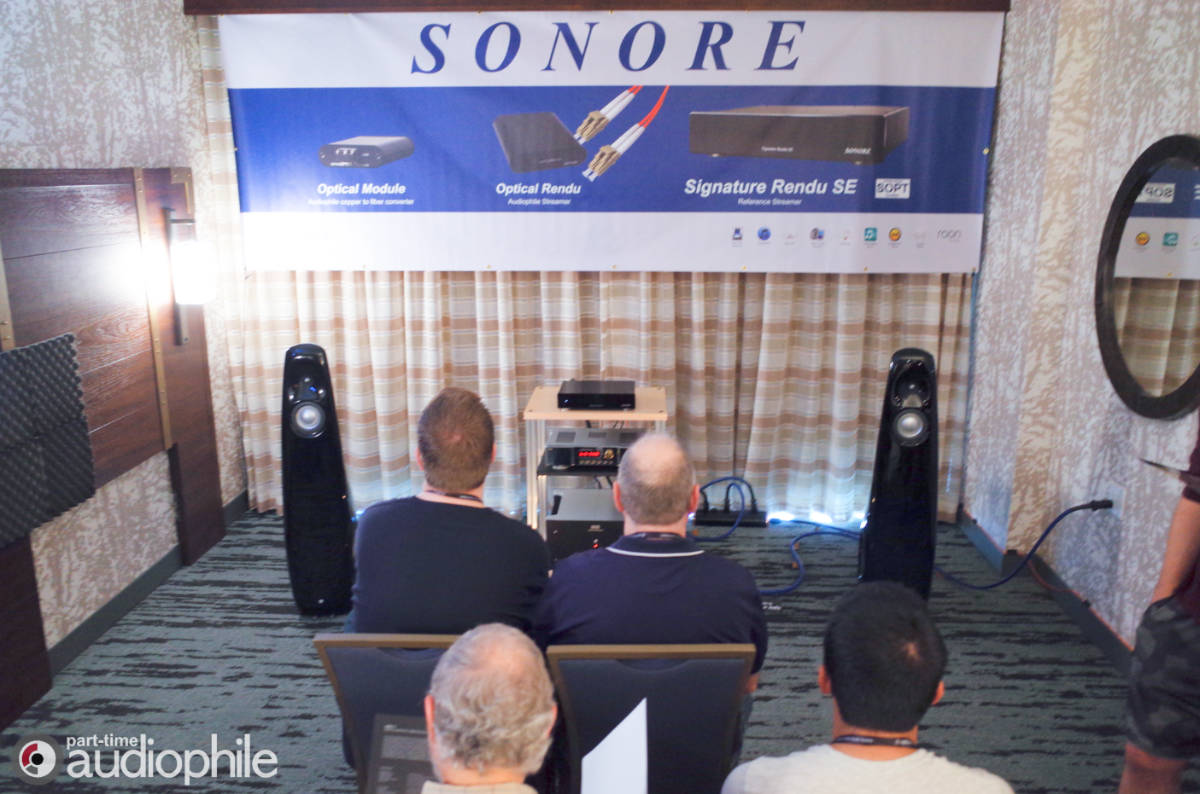 DENVER (PTA) — Sonore, along with Vivid Audio, Bricasti Design, and Cardas Audio put together an impressively clean sounding exhibit of undoubtedly high-end sounds. The Vivid Audio KAYA 45 tower loudspeakers held my attention for much longer than I expected. Enough so that I ended up skipping lunch for the second day in a row. 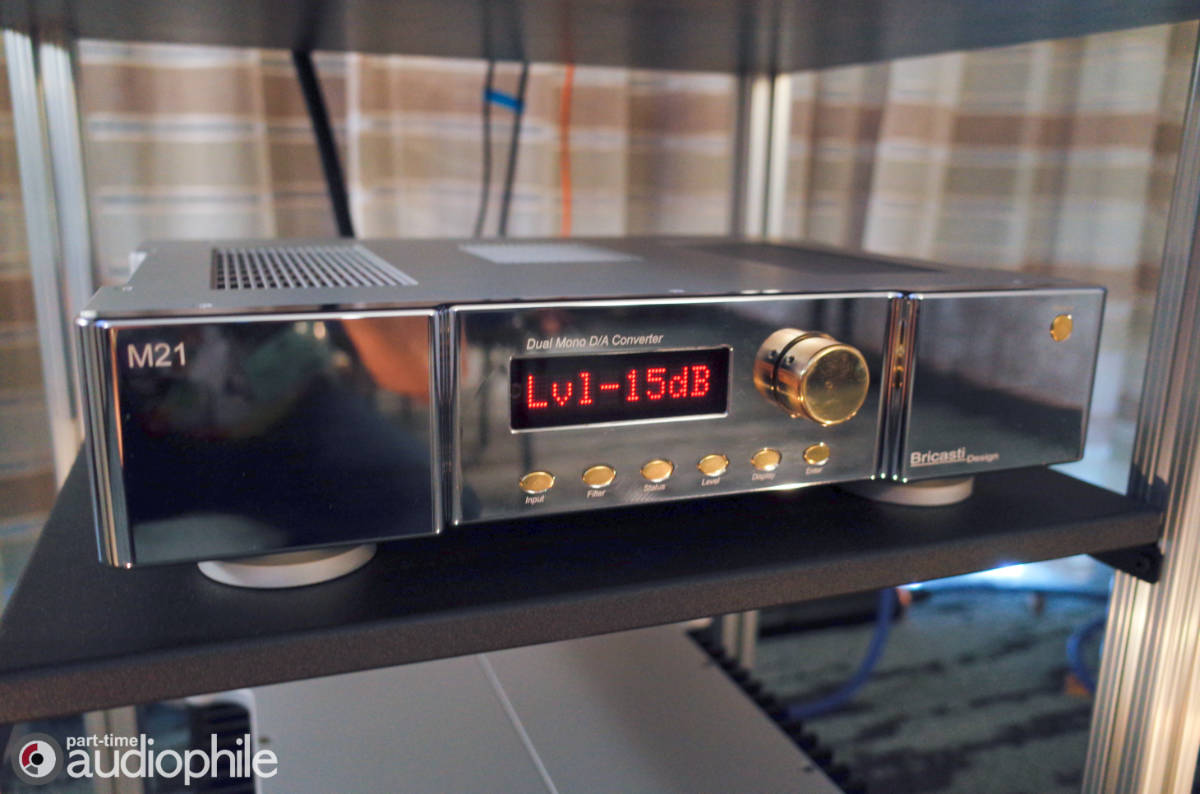 Let’s start with the Bricasti M25 ($18,000 USD) stereo amplifier however. By Bricasti’s own marketing they describe the amplifier as “Powerful. Compact.” to which I sort of disagree with the latter descriptor. The M25 is a standard rack width component, but it is taller and deeper than most at 10.5-inches high, and 18-inches front-to-back. Oh, and the M25 weighs 90lbs.

Possibly the Bricasti M25 is considered compact as it’s power rating of 150W into 8 ohms, 300W into 4 ohms, 600W into 2 ohms may echo that of larger amplifiers or true mono-blocks. The M25 is a dual-mono-transformer design, essentially creating a hybrid of the traditional single-transformer M15 stereo amplifier and its larger M28 mono-block brethren. So in that way I guess, you could consider it compact. 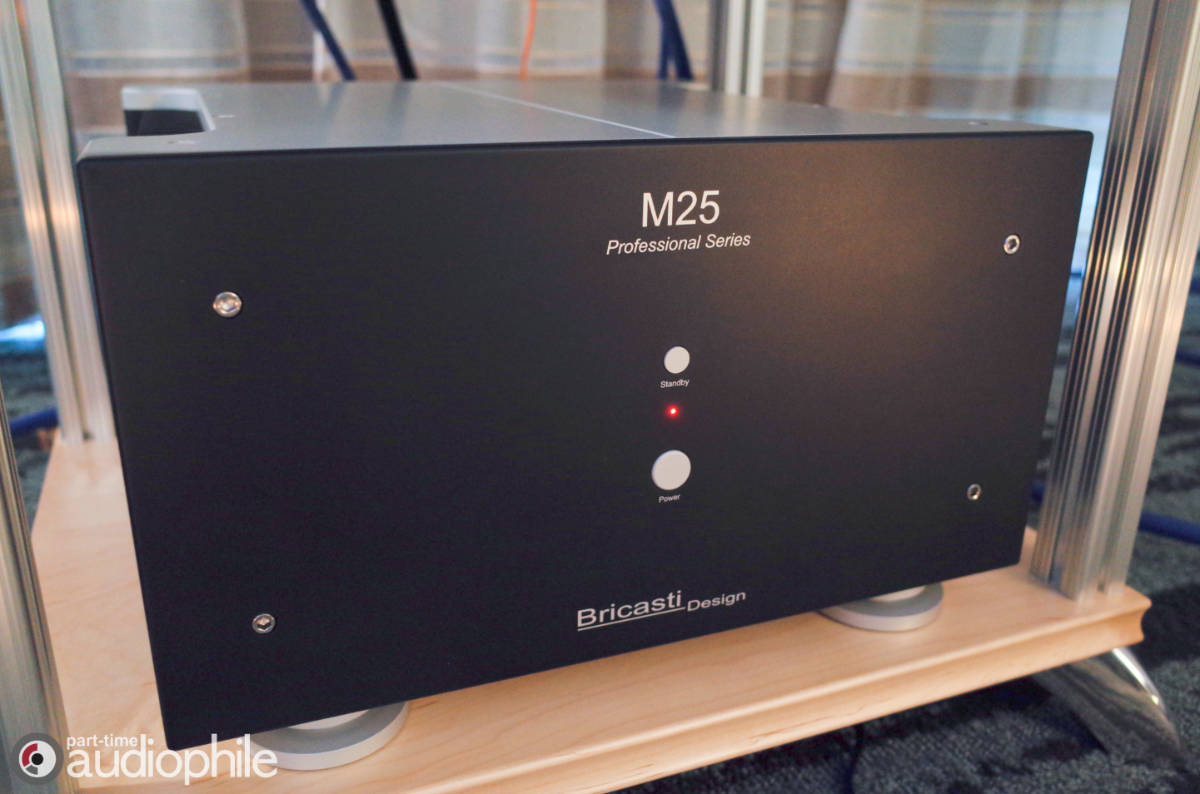 The Vivid Audio KAYA 45 ($18,000 pr USD) is a semi-petite three-way floor-standing loudspeaker that plays much bigger than its room friendly architecture might signal. If you’re familiar with the larger GIYA models, you might be tempted to assume that the famous Vivid Audio “absorber horn” is missing. The “absorber horn” is a patented Vivid Audio technology that eliminates back-wave created resonances and coloration inside the cabinet structure. In the GIYA series, it curves over the top of the enclosure, creating that unmistakable visual outline. It’s still present, for the same reasons, in the KAYA 45, but folded back on itself, so it fits neatly inside. A very sneaky move by Vivid Audio. I think the look of the “absorber horn” is one of the brands more aesthetically pleasing features, but I also understand how not making it as visually a part of the design in the KAYA 45 allows the speaker to be a part of the room, instead of the main focus. 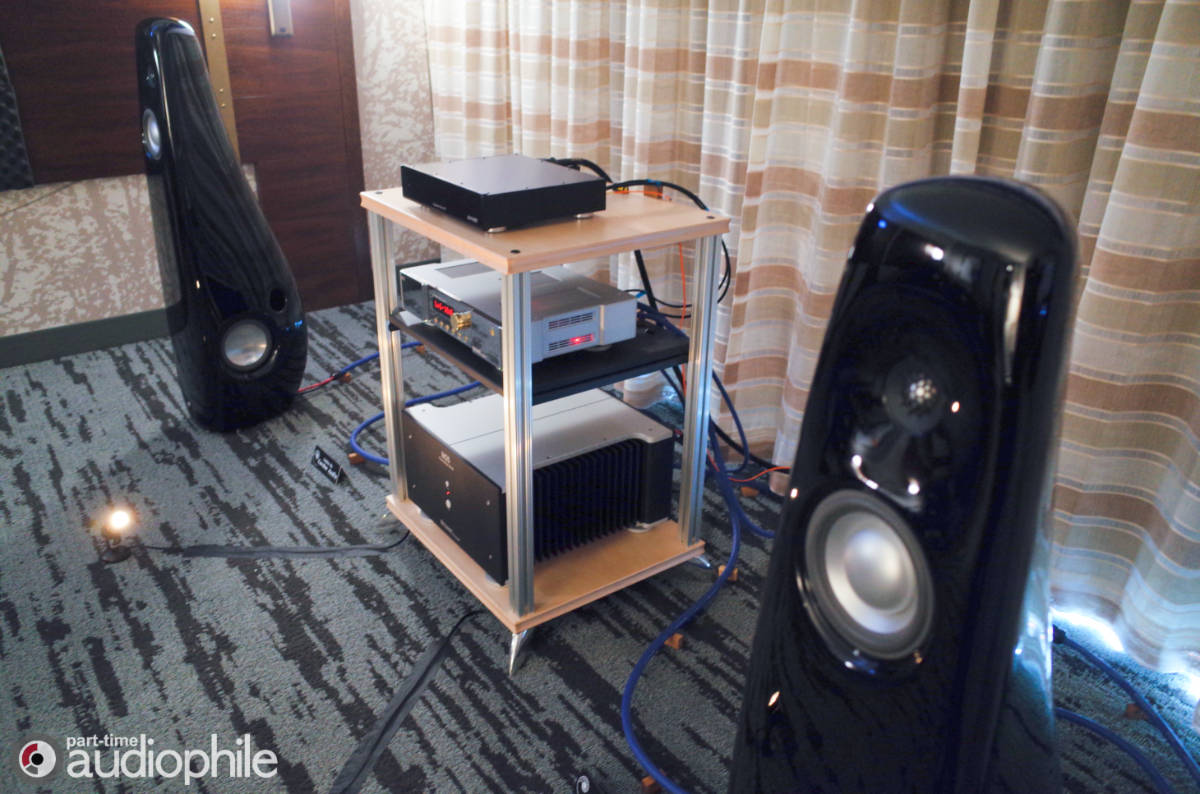 The Vivid Audio KAYA 45 tower speaker impressed me to almost no end. My only caveat in this pairing was that it might be a little lean in bass. But that may be a cause of my seating position while in the room. The KAYAs were being driven by the Bricasti M25 amplifier and M21 DAC, I felt like this pairing delivered a more sparkling and refreshing sound character than I expected from both together or individually. Mid-range and treble were delightfully smooth and brilliant. The upper frequencies didn’t glow, as much as they had a shine to them.

I covered Bricasti and Tidal last fall during the Capital Audiofest, so this was another case of walking into a room at AXPONA 2019 and thinking that I knew what was going to happen and […]

So here we are again. Somehow, the year has turned, we’re all facing yet another New Year, and yet no one is running through the streets screaming about “the end of meaning”, “the inexorable march […]

When Paradigm’s Persona series of speakers first launched a few years ago, I ran (well, drove) to my nearest dealer to hear them. When I arrived, it was also the day that the Persona’s 5F […]