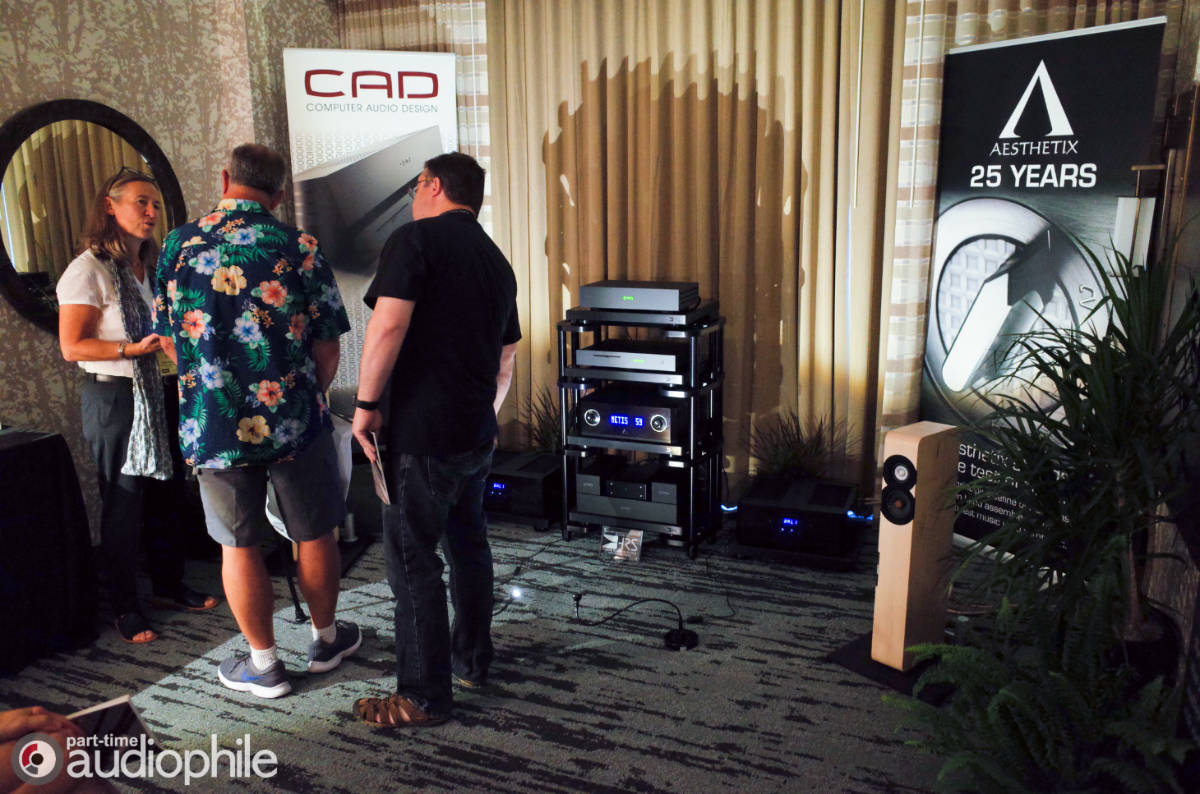 DENVER (PTA) — Earlier this year I had the chance to visit with Computer Audio Design (CAD) designer Scott Berry at T.H.E. SHOW 2019 in Long, Beach California. This time around it’s Denver, and what was an impressive showing just got a more exciting. And this time, I brought along a few friends.

Computer Audio Design‘s (CAD) previous showing at T.H.E. SHOW earlier this year was impressive for many reasons, but I want to share now just one specifically. So, I have friends (don’t worry, they’re audiophiles) who like me have encountered Boenicke Audio loudspeakers before and to be kind, we didn’t love them. It happens, and it’s more common than you might think for all the seemingly glowy writing we do in the “audiophile press corp.” For some brands, even the successful one, they develop a bit of a reputation among the press for, again to be kind, “not showing well.”

My friends and I are on the way to Denver from Chicago, which is a fairly uninteresting road-trip to be honest, so I look to pass the time by sharing my show coverage plans with my friends (don’t worry, they’re audiophiles). As I recite some of my more exciting coverage assignments, and why, I come to CAD, Aesthetix, Boenicke… and I hear some chuckles from the gallery. (To be continued) 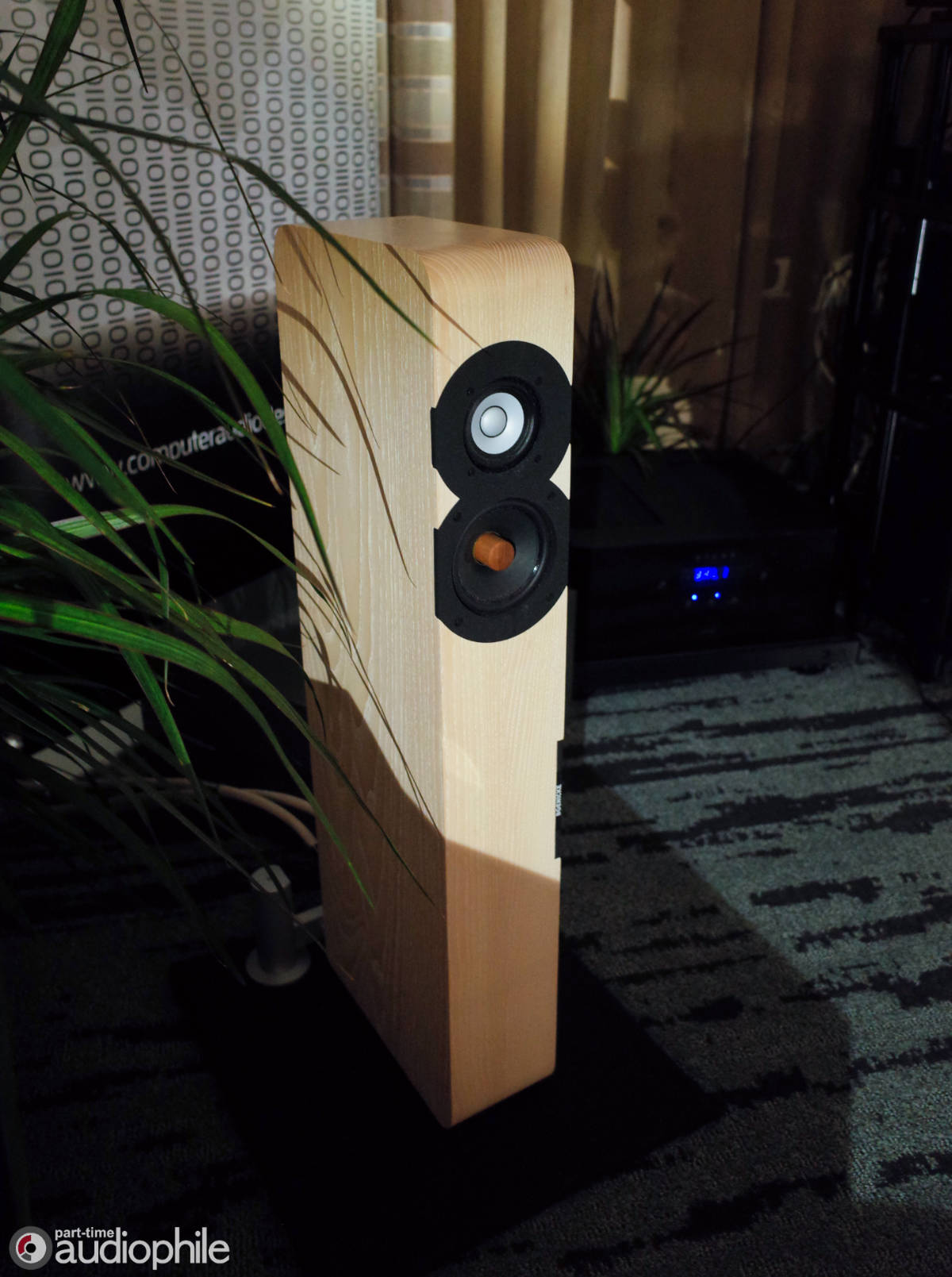 Aethetix is no stranger to US audio shows, they are a well established brand, still on tour showing their METIS line-stage and ATLAS stereo amplifier. For their show partner Compurter Audio Design (CAD) this is only their third US audio show. Just entering the US market in early 2019, the CAD brand is well established in the UK as they are a British based company.

I am the “King of Integrateds” in my own mind, so I’m kind of sad not to see the all-new Aesthetix MIMAS Integrated like I saw at T.H.E. SHOW in California. But that doesn’t mean I won’t write about it. The new for 2019 Aesthetix MIMAS is a hybrid integratd design. The tube preamplifier section uses two 6DJ8 (6922) tubes in a fully differential and balanced stereo configuration, just like their famed Calypso preamplifier. The amplifier section is borrowed from their Atlas model and modified to integrate into this integrated design.

Power output is fully discrete (no integrated circuits), fully differential, zero-feedback, DC coupled, balanced bridge output operating in Class-A/B. The MIMAS Integrated is rated at 150-watts into 8-ohms, and nearly double that at 4-ohms — with both channels driven. Extra options are a phono card and DAC card. Included standard are an upgraded discrete headphone amplifier, upgraded remote, and high-pass crossover network. But that’s not even what is in the rack. Instead are the two components that the MIMAS is based on — the METIS preamplifier, and ATLAS stereo amplifier (configured in mono-block form for this exhibit.)

CAD electronics flesh out the rest of the Harmonic Resolution Systems (HRS) rack and do so while looking aesthetically made for each other. The 1543 DAC for example uses a fully-acrylic enclosure, not for cost-cutting, as plastic is more expensive to mold into shape than steel. Instead for elimination of outside high-frequency resonance.

I spoke with Scott Berry, (CAD) designer, about the new 1543 MKII DAC, USB Cables and “GC” series of ground controls. But let’s talk about Scott for a bit, and continue about the DAC later (in The Sound section). Scott is self described “a British-based US-born electrical engineer, who has worked for some of the biggest names in the electronics world… but none of them in Audio. Unencumbered by received wisdom, Scott’s ethos is — that to produce the very best audio reproduction you have to remove all possible reasons for signal distortion, variance, or signal interference. A simple strategy delivered [in CAD products] with fanatical and single-minded application.”

Reading that, I understand why Scott has employed the technology that he developed over the years of his own computer audio research, to then create an audiophile-grade digital transport.

The CAD Audio Transport/Server (“CAT”) used in the system provides a high-quality one-box solution for a digital music library, integrating CD ripping, music storage with streaming and playback. Each CAT is built-by-hand (and to order) in the UK and can be tailored to suit a home system: either as a stand-alone two-channel system, or for integration into home networks.

At the bottom of the rack are four boxes, one being a power supply for the media server, the other three being ground boxes, which are passive ground controls that do not connect to any devices, but are instead run in parallel to the components.

The newest of the three is the largest GC-R Ground Control Reference, which like the smaller GC1 and GC3, work to eliminate high frequency noise in digitally sourced systems. The Ground Controls contains a mixture of materials that convert high frequency energy into heat. Working well up into the Ghz range. 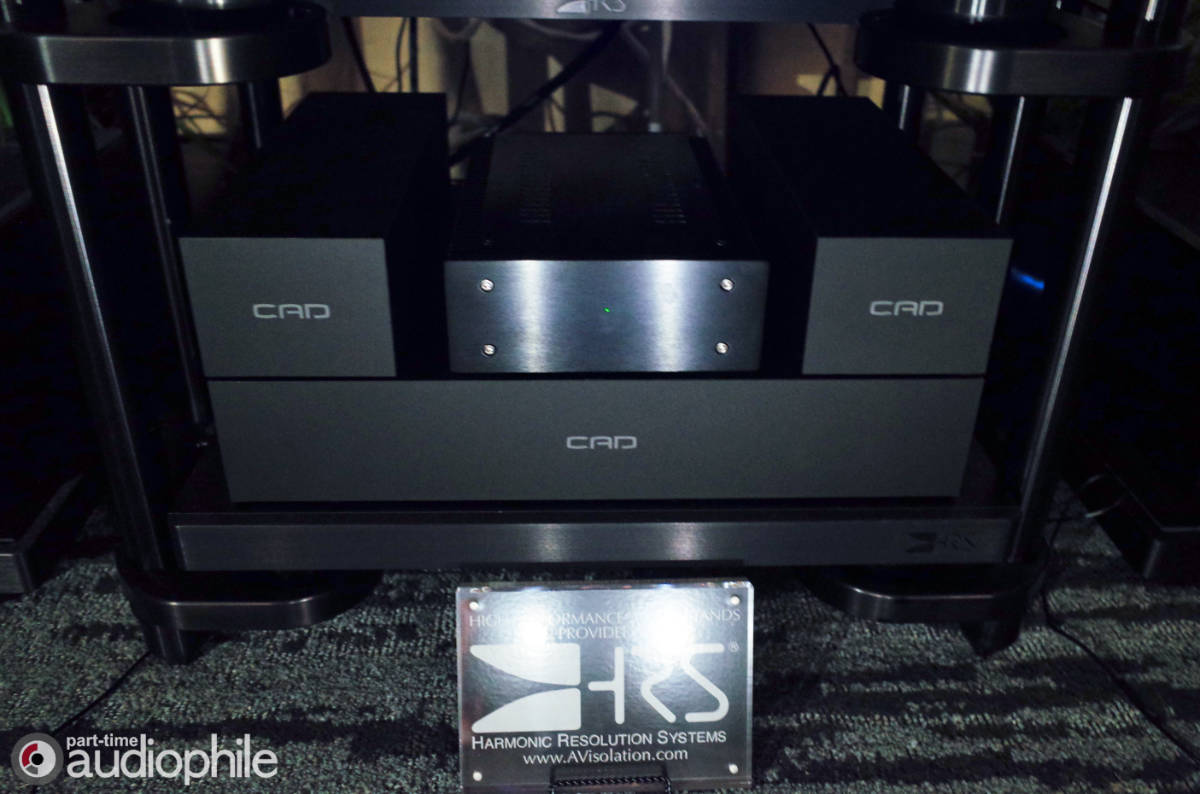 As previously mentioned, my friends were chuckling at the idea of me being excited to hear an audio show system with Boenicke loudspeakers. Alas, the day comes where I drag them (kicking and screaming “Noooooo!”) into the CAD room. We sit in for a listen, but not to the system at first, but a Scott’s breakdown of the system and specifically the DAC. The DAC is an NOS design, based on a TDA1543 chipset. To which, my friend Jameson looks at me like he wants to die first before the listening begins. I whisper to him, “hang in there.”

The music begins and we come to now expected twist of the story — we don’t hate it. In fact, we found it quite lovable. As also previously mentioned, CAD is a new-to-the-US brand, the integrated is all-new, and Boenicke has had some previous outings that were, to be kind, “less that weighty, give or take a few hundred pounds.”

This go-round with the Boenicke’s for the group is eye opening. Treble for these speakers and DAC are not supposed to extend this well, nor play with such control and delicate nature. Bass of the small towers is a brute. The ATLAS amplifiers have a vice-like grip on the drivers, and have whipped them into control. Scale of the mid-range is larger than we expected as these towers don’t stand tall as the tower designation might suggest. Expectations are upended for my friends, and my aforementioned excitement validated.

Interconnects and Speaker Cables provided by Bibacord (of Sweden).

I’ve had the opportunity to cover Christopher Hildebrand’s efforts several times in the past two years as he builds up his, bespoke high-fidelity brand Fern & Roby. Speaking with him via telephone after he arrived […]

There have been a growing number of monitor/bookshelf designs that I’ve encountered recently which impress me more than towers from other manufacturers. Segregating speakers firstly by whether they are bookshelf monitors or floor-standing doesn’t make […]