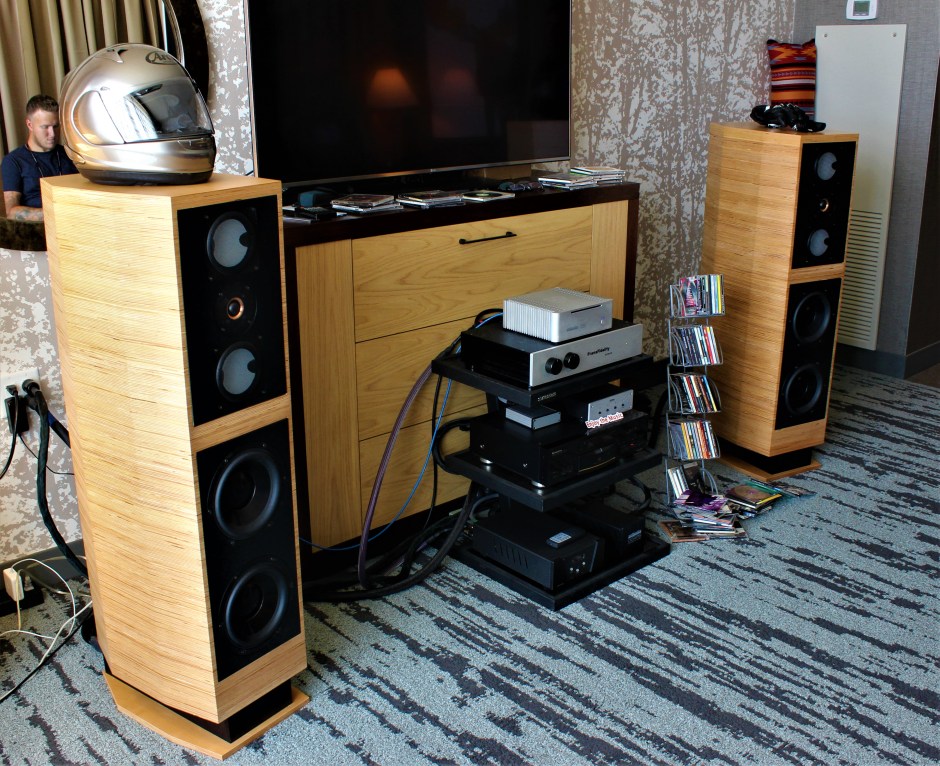 The PranaFidelity 108a active speakers retail for $34,950 per pair, which might not seem like a fantastic value to many audiophiles. But here’s some context for you. These beautiful speakers, with birch-ply enclosures made from over 800 individual layers, also feature DSP, a programmable digital crossover (onsite programming is included) and amplifiers that provide 630 total watts per speaker. Plus, these speakers sound absolutely magnificent.

That’s quite a feat, considering that Steven Norber was probably the only exhibitor at the 2019 Rocky Mountain Audio Fest who was playing regular redbook CDs. And he was using an old Pioneer Elite PD-65 CD player with the PranaFidelity 108a speakers to do it. (Maybe it should be noted that Steven modded this player!) And it still sounded awesome. He also had an Antipodes music server in the room, which I didn’t get a chance to hear, and I’m sure that sounded even better. Plus, he was using his own purna/ca preamplifier ($4500-$9950 depending upon configuration), which is also pretty special. 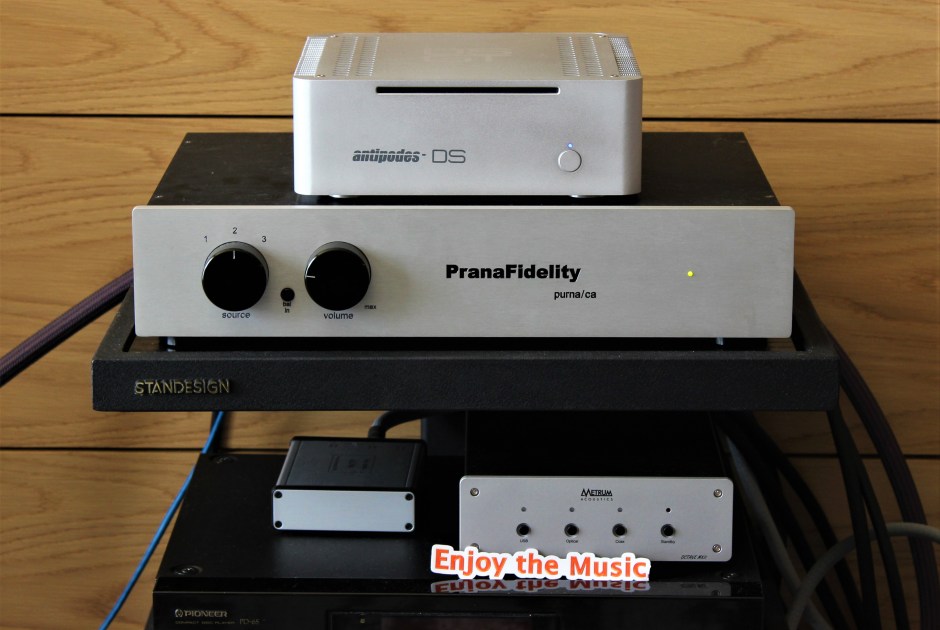 When I covered Steven’s room back in June at T.H.E. Show in Long Beach, it was my first encounter with PranaFidelity. I was completely amazed at the sound of Steven’s Vayu/fs passive speakers, which retailed for just $8950/pair. I had trouble believing that I wasn’t listening to a $20,000 pair of loudspeakers. Or even $34,950/pair. The PranaFidelity 108a speakers almost seemed like a response from Steven, his way of saying “You should hear what I can really do!” 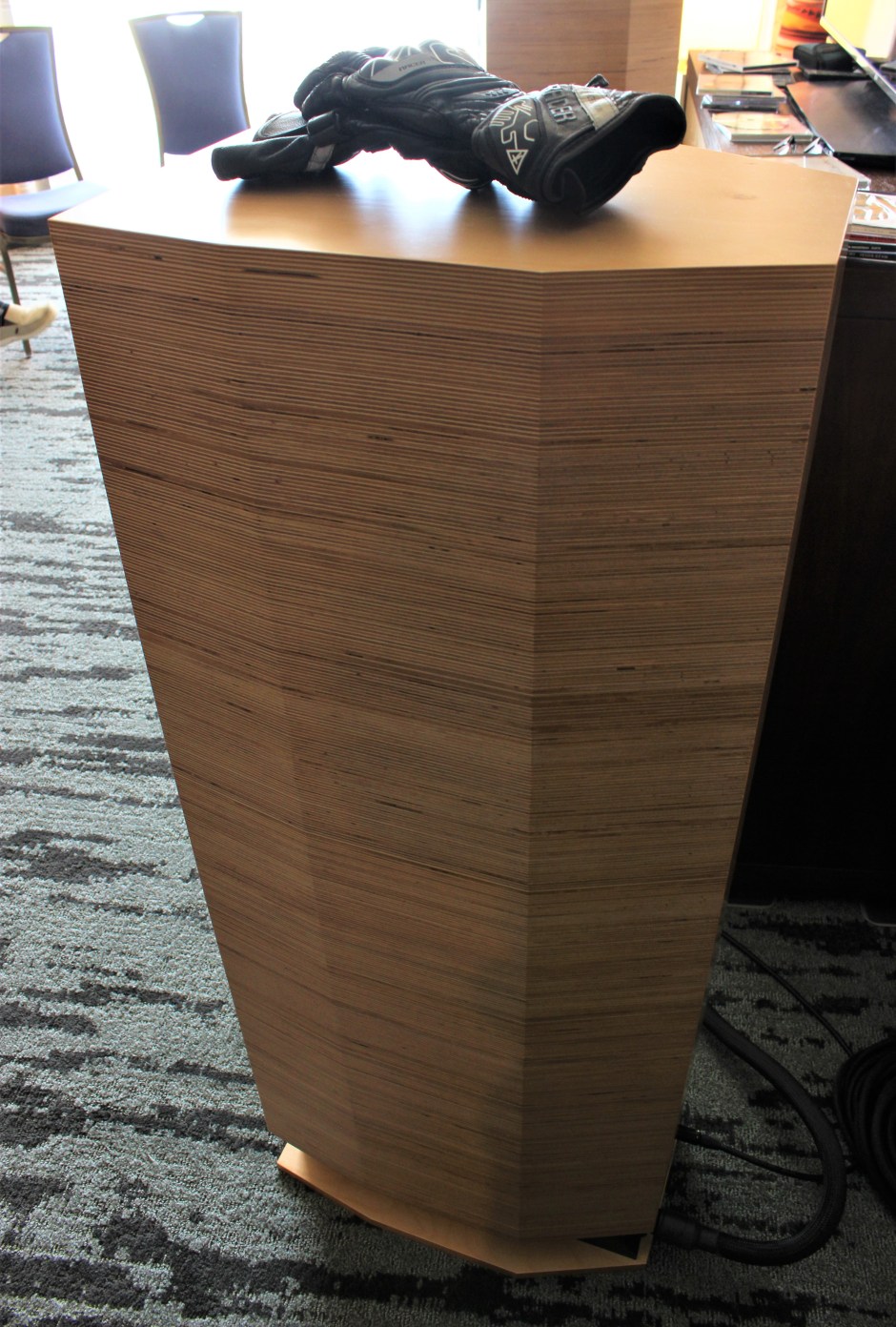 One show attendee told Steven that the PranaFidelity 108a loudspeakers were great, among the best he’s heard. Steven’s response was equal parts humble and philosophical: “If you can’t make a speaker great at this price, you should probably find something else to do.” He then told us the story of his first speaker design, the still available Fifty90 monitors, and how the challenge was make them great yet sell them for $2500/pair. “That was a much harder project than the PranaFidelity 108a,” he explained. Nevertheless, I feel that the 108a was one of the biggest surprises at the show, and at nearly $35K they still represent an almost unbelievable value. 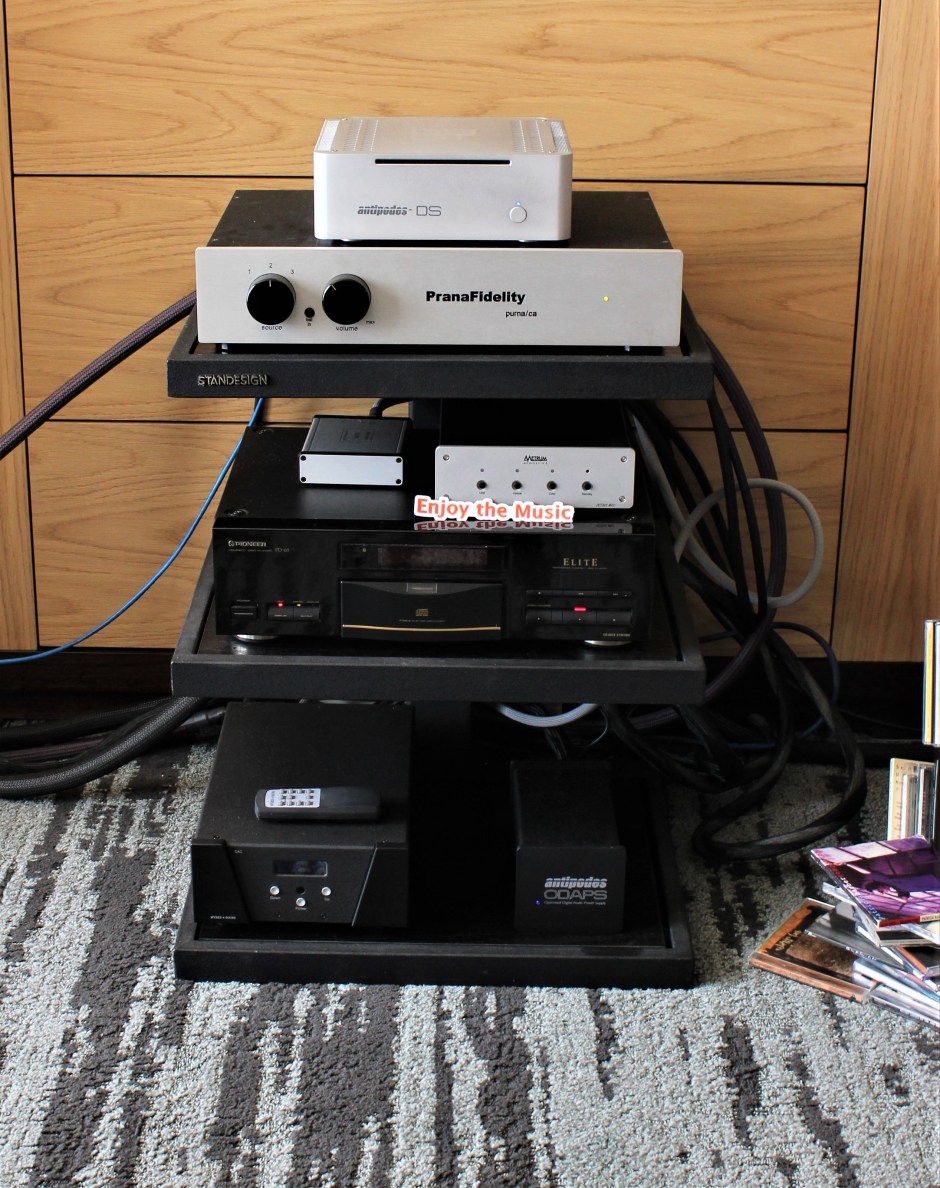 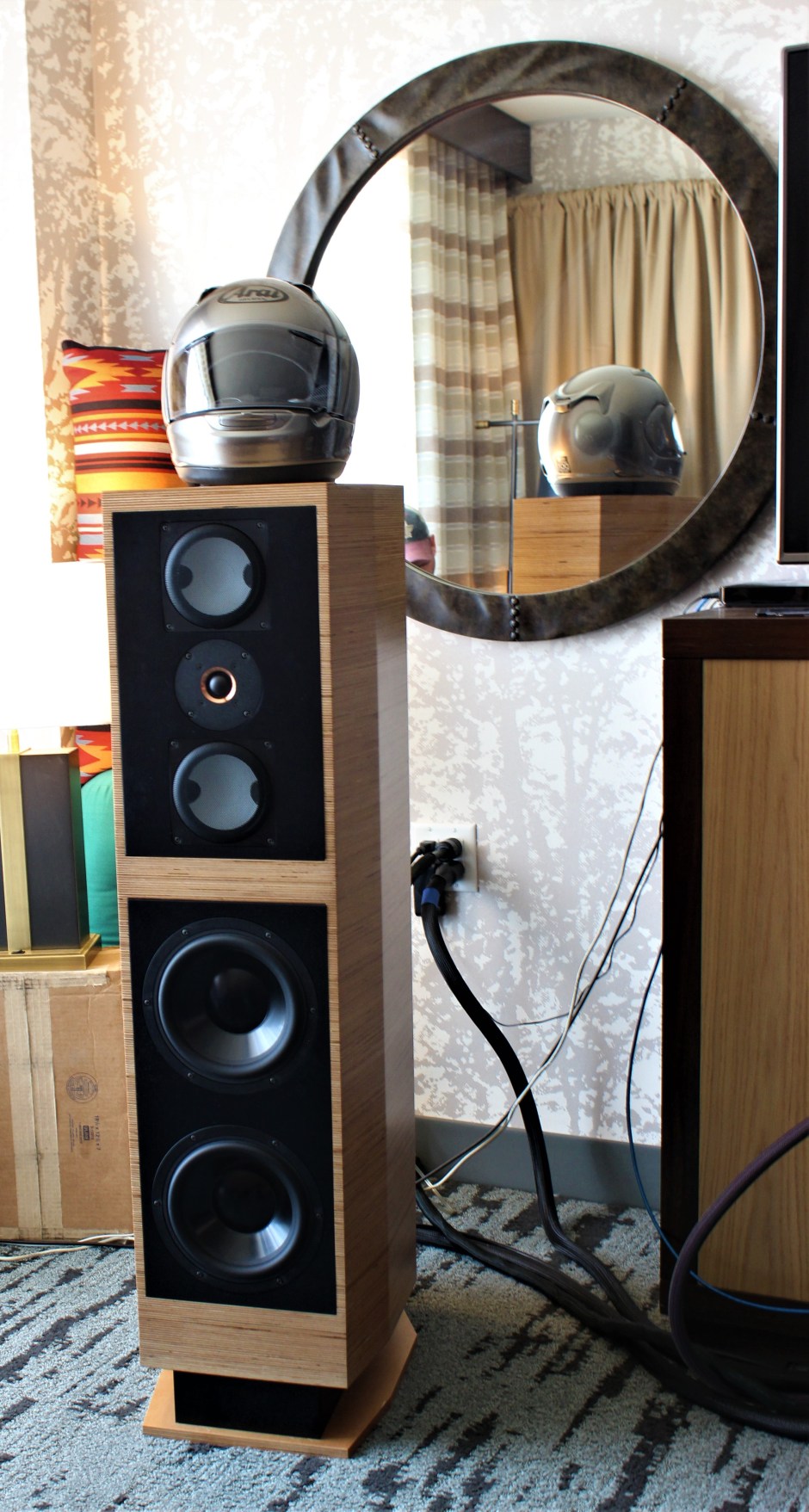 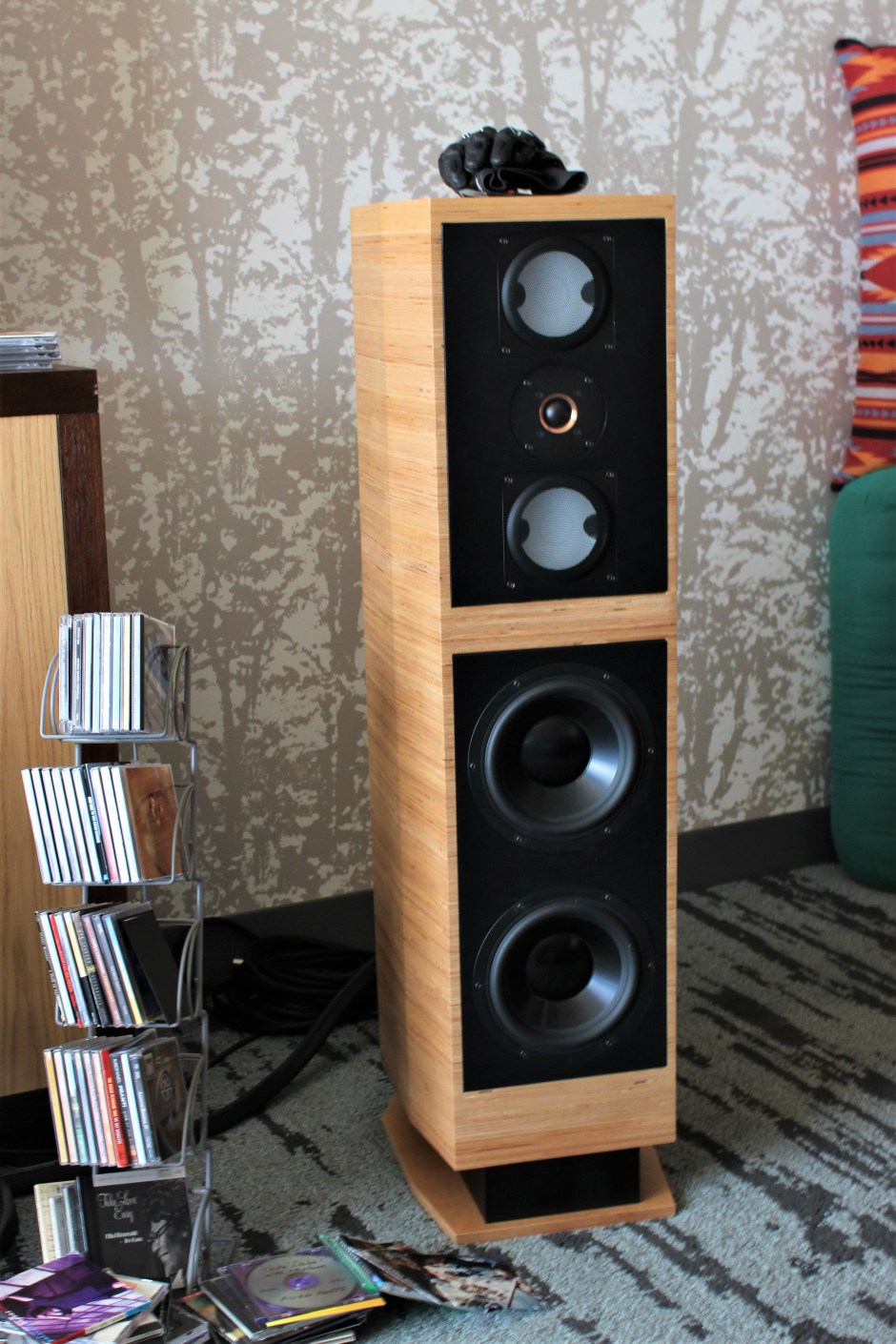 Mark Sossa of Well Pleased A/V was doing his level best to pull together a world-class audio system, and doing it on a budget. Oh, and don’t think I missed those IKEA platforms — I have […]

After T.H.E. Show 2019, I did something that I should have done at High-End 2019 in Munich–I stayed a couple of extra days after the show ended. A good friend of mine called me just […]