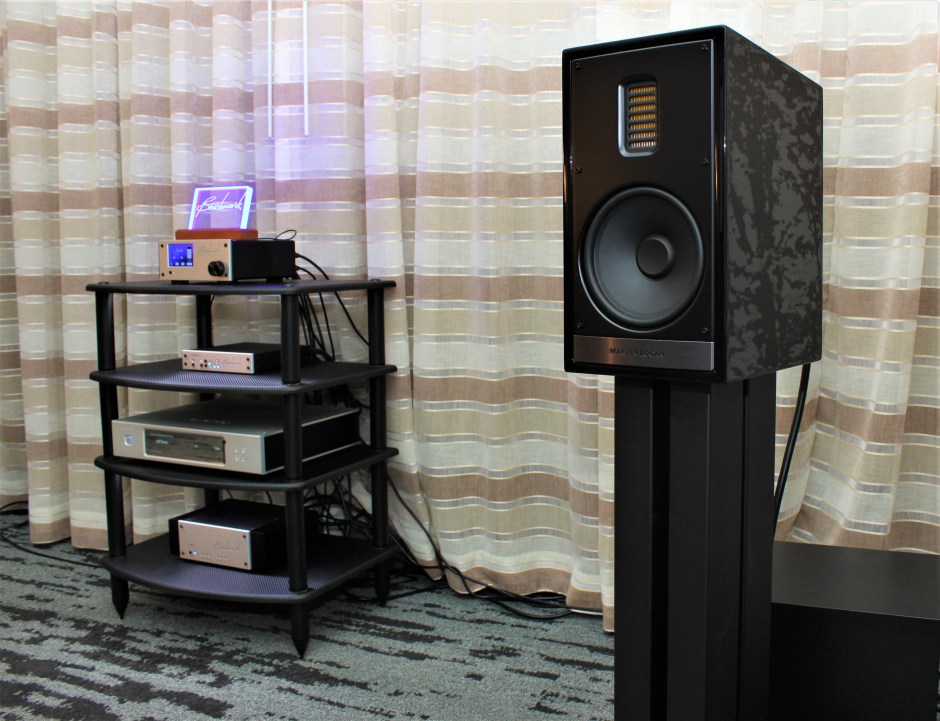 The very idea of visiting the Martin Logan room at the 2019 Rocky Mountain Audio Fest was sort of exciting for me–a dozen years ago, during my first round as a high-end audio reviewer, I had a ton of seat time with Martin Logan electrostatic models. I admired the lightning speed of the ELS drivers, and the huge soundstage that often led me to feel I was standing at the edge of an auditory abyss, something huge that stretched out infinitely toward the horizon. It’s been years since I’ve heard a Martin Logan, so I walked into the room and immediately looked for those big panels and was surprised to see a pair of small two-way monitors instead.

I scooted in for a closer look, and yep there was a Martin Logan logo on the front of the speakers. To tell you the truth, I’ve known about Martin Logan’s small dynamic models for quite some time, but this was my first exposure to them. ML featured three models in the room–the Motion 60XTi ($1600/each), the Motion 35XTi ($650/each) and the Dynamo 800X subwoofer ($800 each). Benchmark‘s small yet unusually colorful new gear was sitting on the equipment rack: the DAC3 B ($1699), LA4 line stage ($2499), AHB2 power amplifier ($2999) and Benchmark cables. It was a simple set-up, and for a reasonable amount of money. 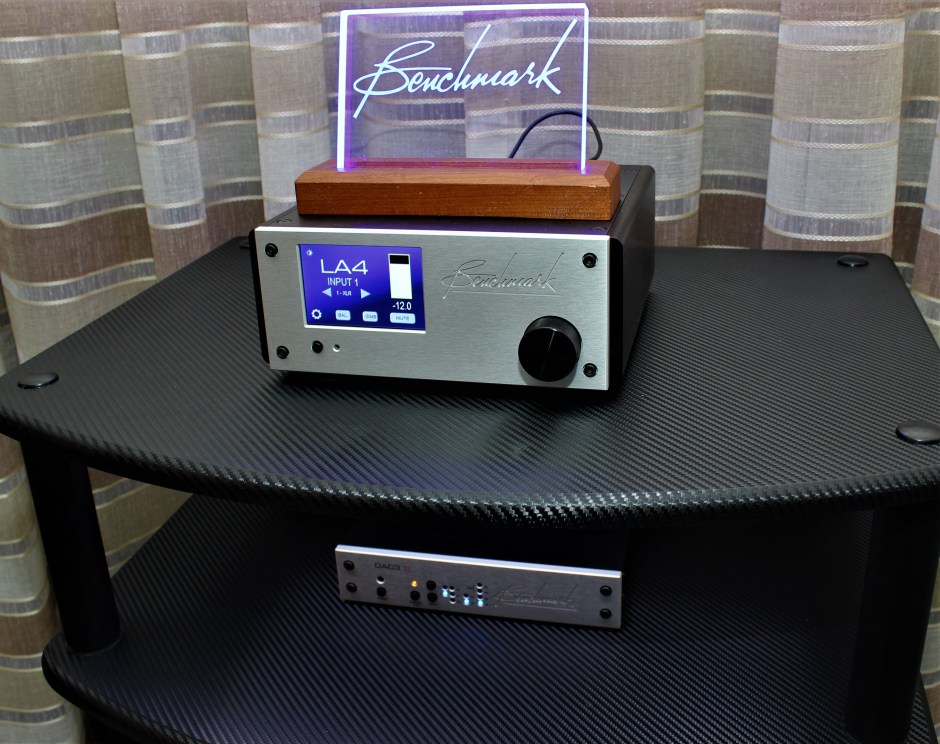 I almost walked right back out of the Martin Logan when they started playing Skynyrd. UGH. But soon we were listening to that audiophile gem, Shelby Lynne’s Just a Little Lovin’, a recording that’s very familiar. Despite the relatively small size of the Martin Logan monitors, the soundstage was huge and impressive, not to far away from the sound of some of their panel speakers. The bass was very deep and taut, thanks to the Dynamo subwoofer, and the overall sound was that of a much larger system. 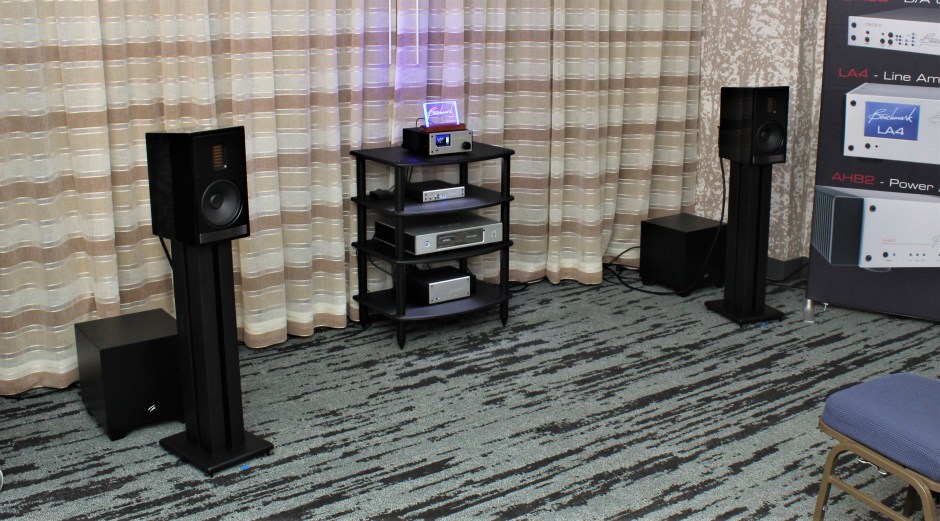 Devin Zell of Martin Logan sent me an email inviting me to the room, and I was looking forward to finally meeting him. He was probably one of my first 25 friends on Facebook when I joined way back in 2009. Unfortunately, he wasn’t in the room. I’m probably still partial toward Martin Logan’s ESL models–I still remember hearing the original CLS panels many years ago and being incredibly impressed with a type of sound I hadn’t heard before. But these little dynamic models from the Motion line are impressive in their own way, and they’re fairly priced as well. 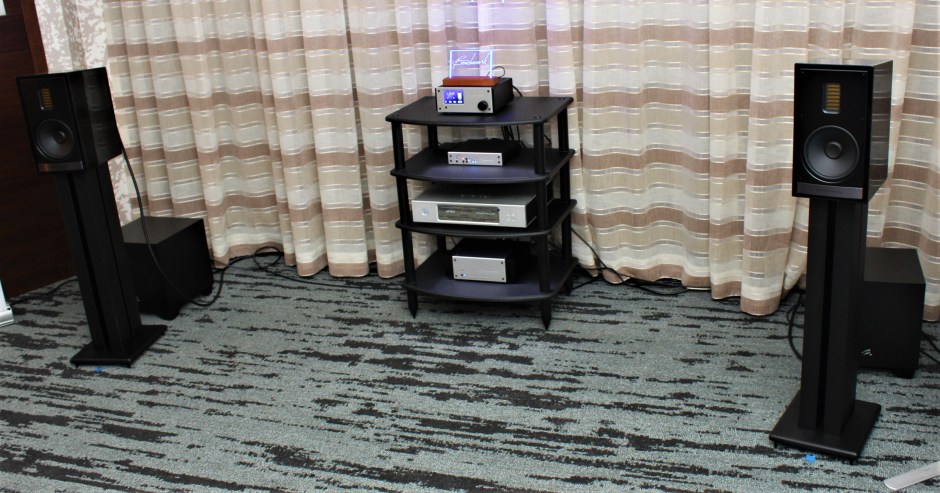 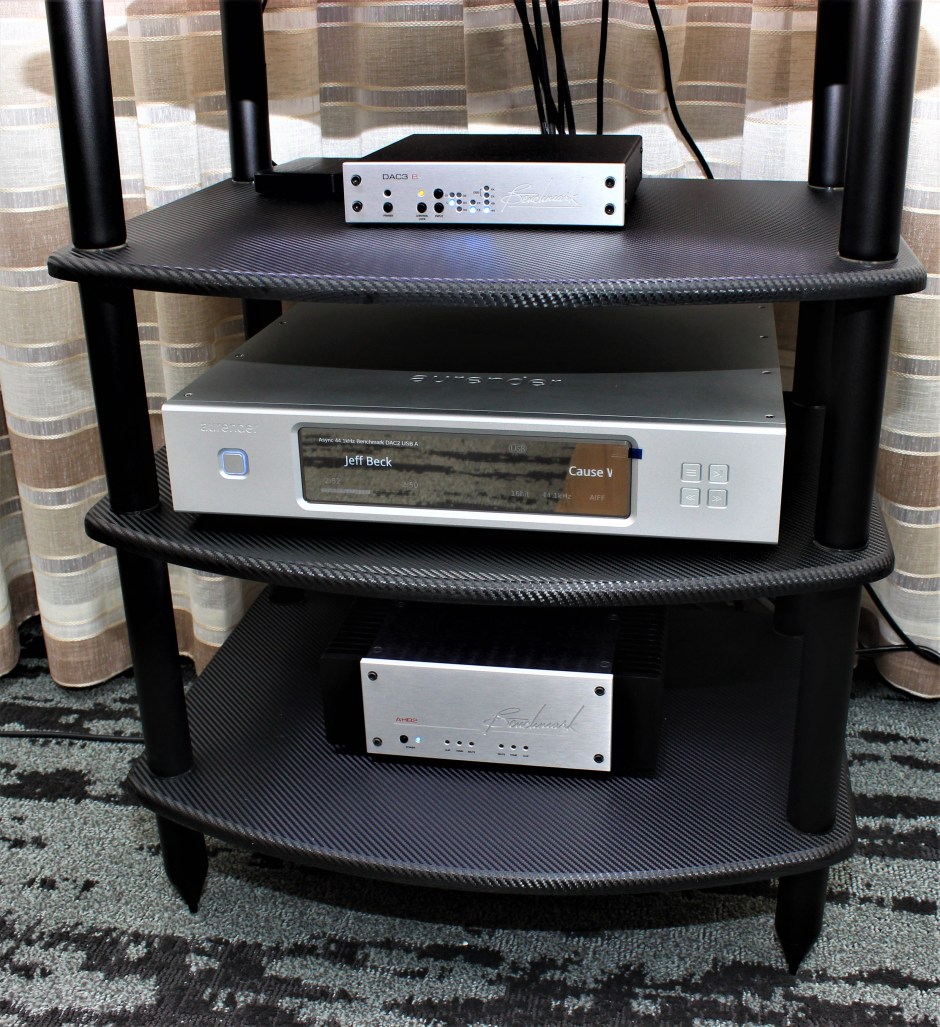 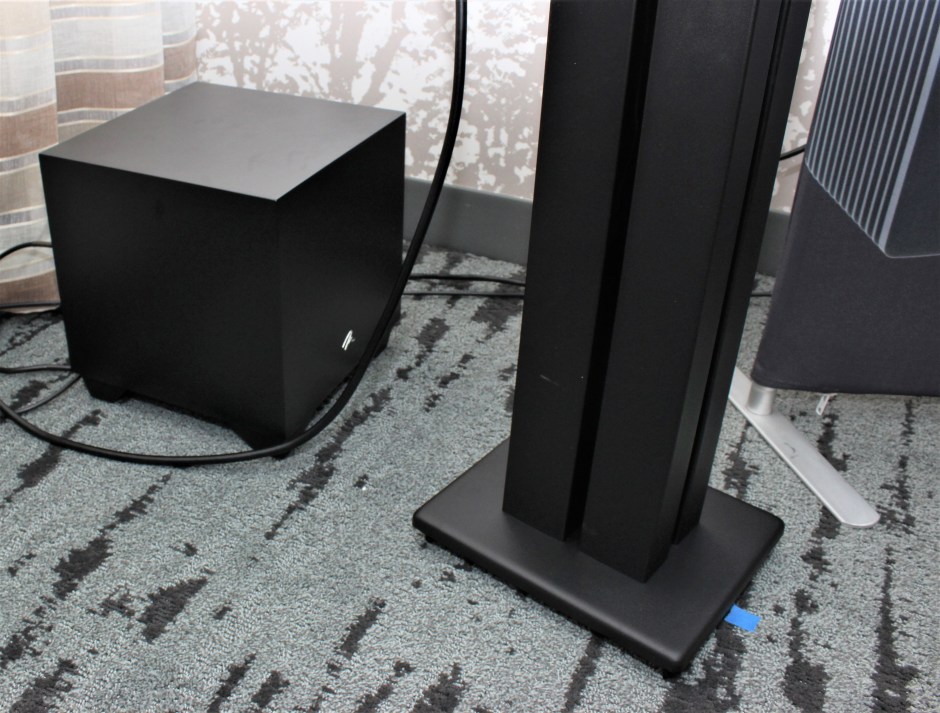 Veteran manufacturer Esoteric had not one, but two, major product introductions at the Rocky Mountain Audio Fest. Reflecting general trends in the industry, one new piece of gear is aimed at vinyl fans, while the […]

Dear Santa, All I want for Xmas is my RMAF by Eric Franklin Shook I’m not the long winded bullshit artist you might have originally thought or hoped me to be. I lean towards the […]