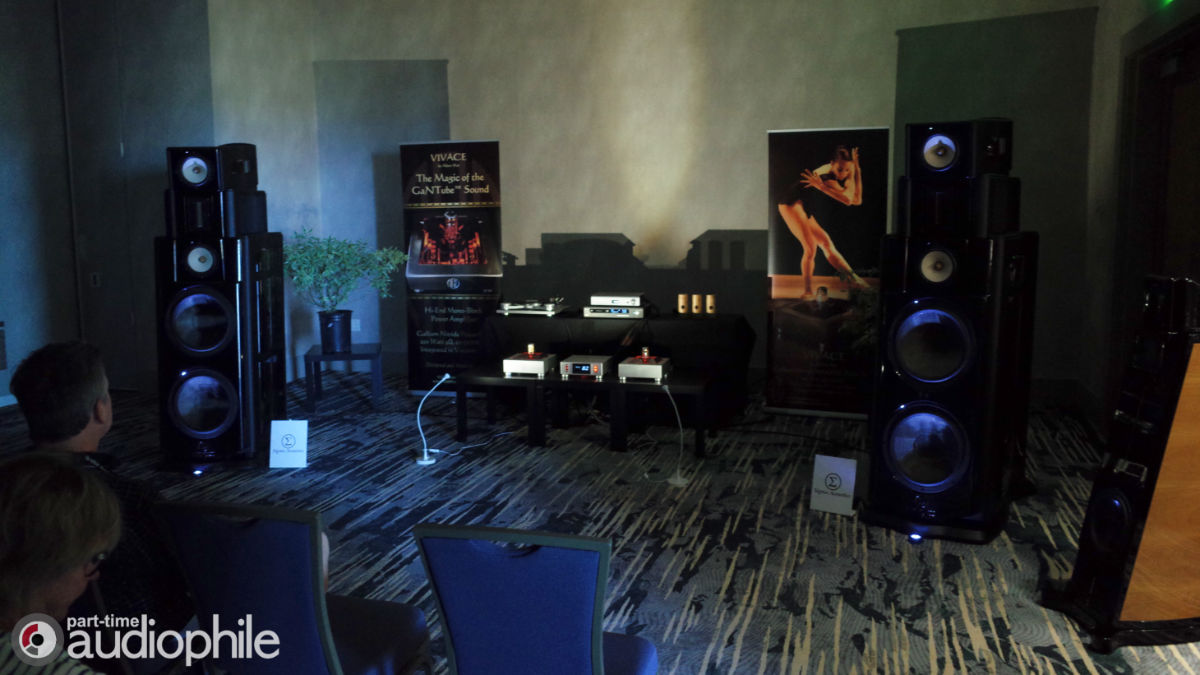 DENVER (PTA) — In one of many dark rooms at the Rocky Mountain Audio Fest of 2019, AGD Productions and Sigma Acoustics brought together small-package-power, and big-package-finesse like few others could. Though dark and moody, the exhibit left me illuminated. 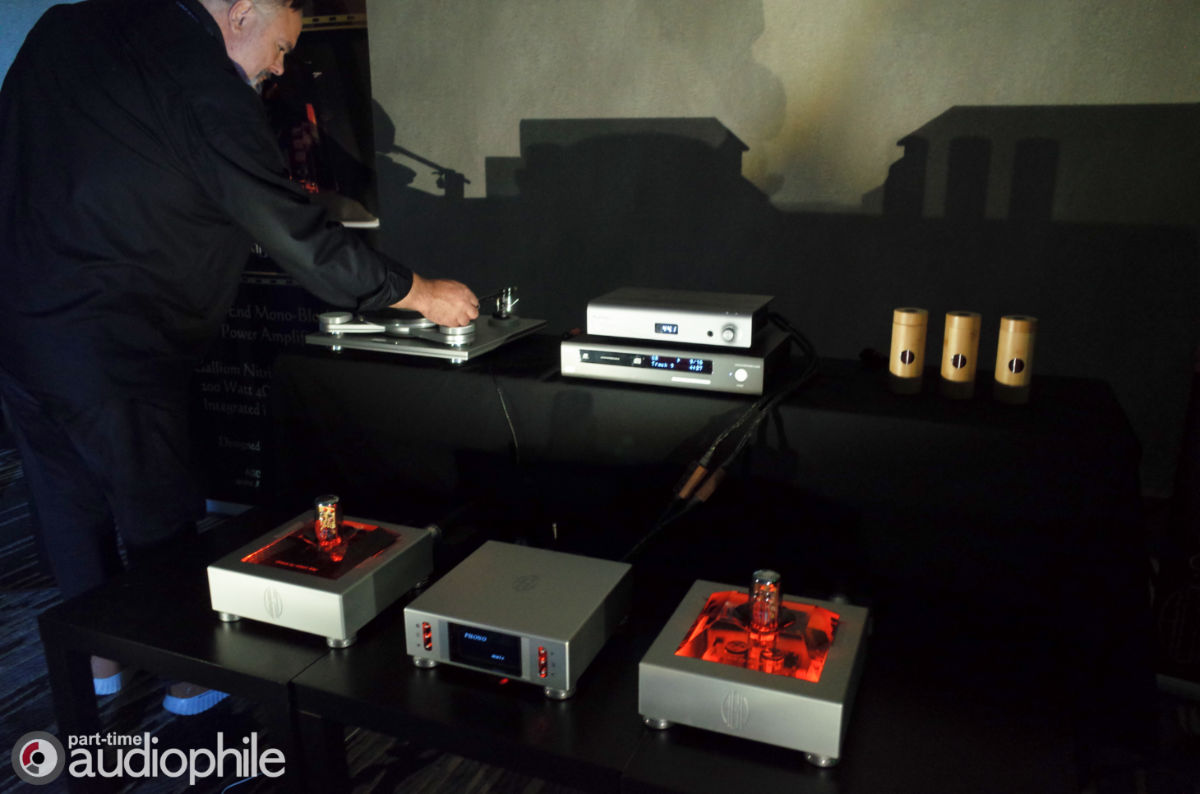 New for AGD Productions is the Adante preamplifier. It’s not just a preamplifier, but a “preamp-phono-dac-streamer”. Using the same footprint of the AGD Vivace monoblocks, the new Andante preamplifier fits in nicely as a do-it-all centerpiece.

The Andante is preamplifier with a built-in 32bit DAC, an HD Streamer, and fully-analog built-in phono preamplifier. But where is the Bluetooth? I’m just kidding, I don’t care about Bluetooth. 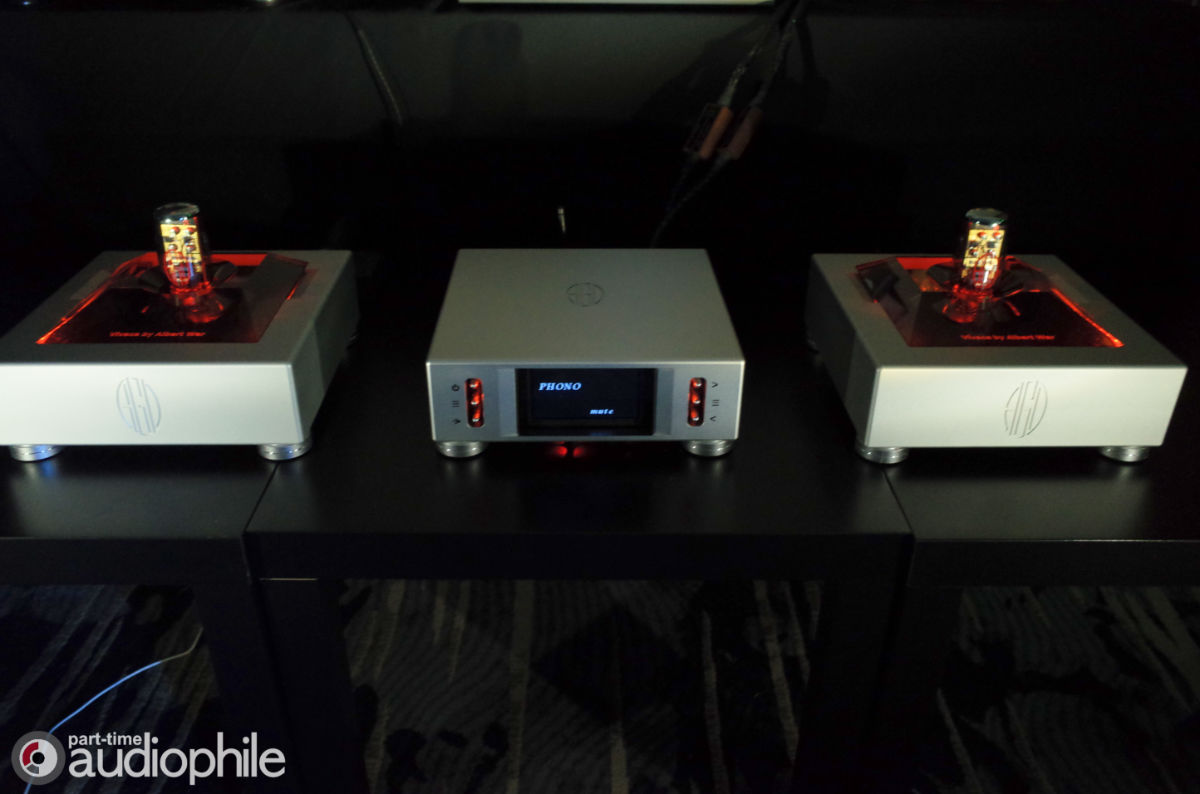 During my last (and first) visit with AGD Productions, the smaller “The Audion” monoblock was the only amplifier from AGD I was able to audition. This go-round has the “The Audio” in a new special edition form, and the previously unheard (personally) Vivace monoblocks.

The smaller AGD Productions “The Audion” GaNTube™ monoblock amplifiers were not in use during my visit to this years RMAF 2019 exhibit. Even out of the system, I had a hard time locating them as it was very dark in the room.

The GaNTube™ is like what you would expect, a Gallium Nitride based power-stage integrated in a glass tube. The GaN mosfet is the secret behind the reference level Class-D performance found in AGD Productions amplifiers. 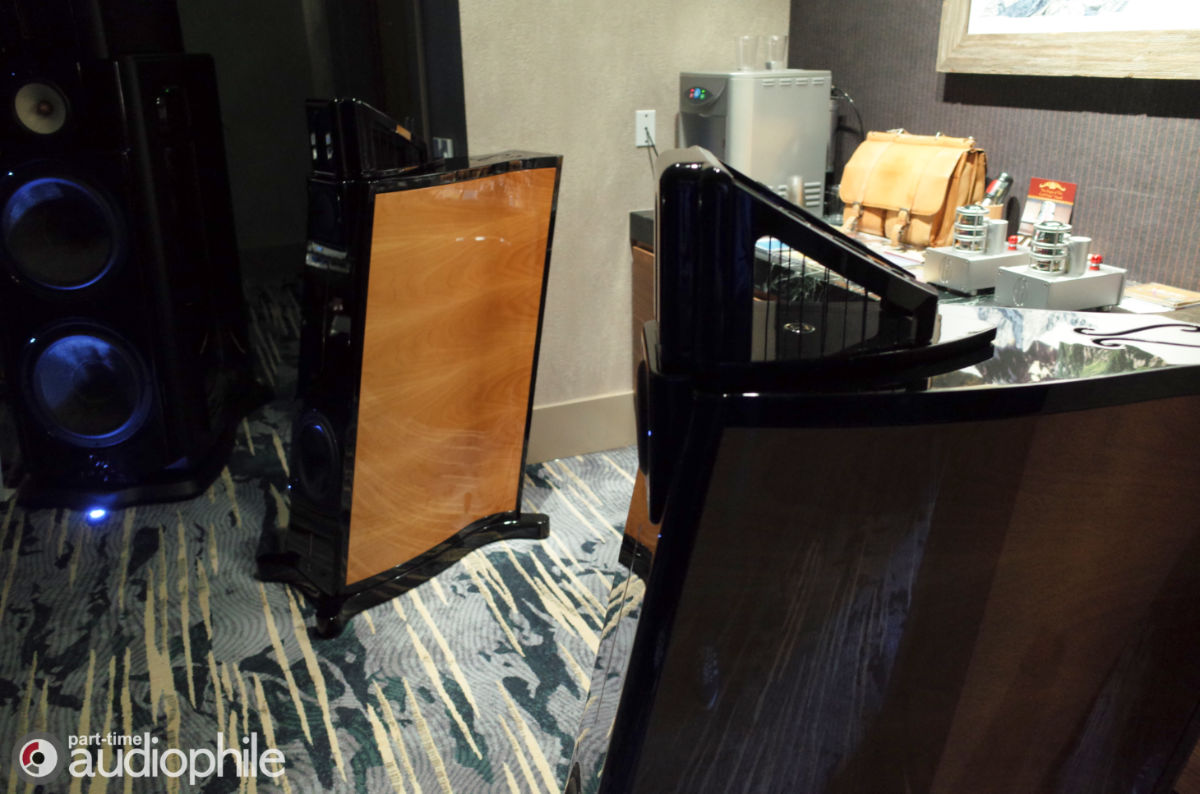 The AGD The Audion GaNTube™ monoblock specifically delivers 85-Watts / 8-Ohms (170-Watts / 4-Ohms), within a bandwidth of 5Hz to 100kHz, a dynamic range of >120dB, all while weighing in at only 5lbs, and being no larger than a teacup chihuahua.

The larger AGD Vivace GaNTube™ monoblock is rated up to 100-Watts / 8-Ohms (200-Watts / 4-Ohms), a smidge’ more bandwidth than The Audion, with PWM Frequency up to 768kHz and a weight of 22lbs, in what is still a small chassis.

The Sigma Acoustics MAAT Vector XAC loudspeakers and Sigma Acoustics Orchestra 2.3 loudspeakers, were alternating in and out of the system during the show weekend. I would consider myself lucky to hear either of them, however, if I had to choose based on sight alone the larger MAAT with two 15-inch woofers per side and standing 6-feet tall would be my first ballot pick. 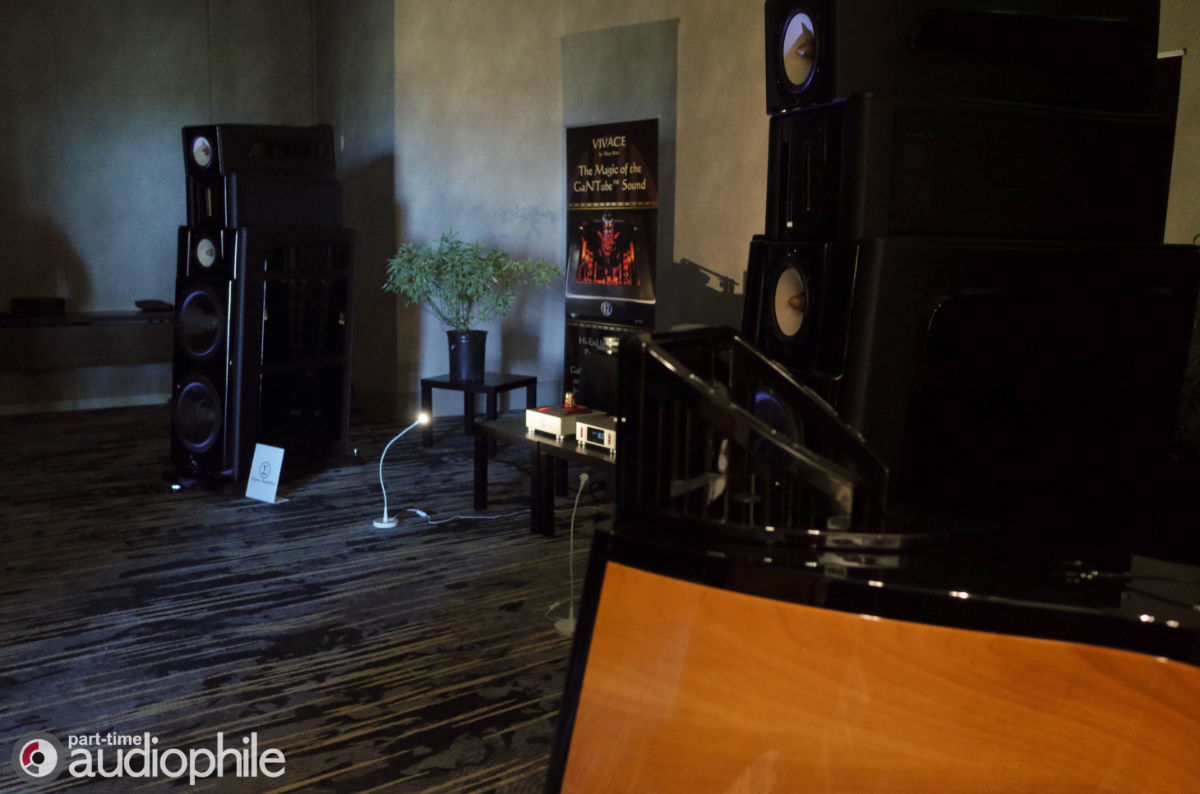 Well, I kind of alluded to what I heard in my intro. Small-package-power from the Class-D Vivace monoblocks is not to be taken lightly. These amplifiers produce a clean, clear, and insightful presentation into the music. You can’t deliver this kind of detail with speakers alone, and these amplifiers deliver it in spades.

With the MAAT you get all of the low-end you could ever ask for, but with appropriate measures of finesse, bass realism, speed of attacks, and tone that would lead you to believe the system was high-end Class-A. Okay, maybe that’s reaching as there was no a-b swapping available, but man — the system really did check all of the boxes with dark black ink.

CHICAGO (PTA) — For the first time at AXPONA, Legacy Audio speakers were being powered completely by Legacy Audio amplification via internal power or the new Legacy Powerbloc amplifier series. The Story The big news […]

Paul Manos of High Fidelity Services in Hingham, Massachusetts is a perennial show favourite. Their exhibit at this year’s Axpona was no different. Paul was pulling double-duty between two rooms showcasing his curated stable of brands, […]

Lionel Goodfield of Mobile Fidelity Distribution shot me a note today saying the long-awaited Mofi turntables, cartridges, and phono stages were shipping, and also sent a press release with the full price list. Here’s a […]