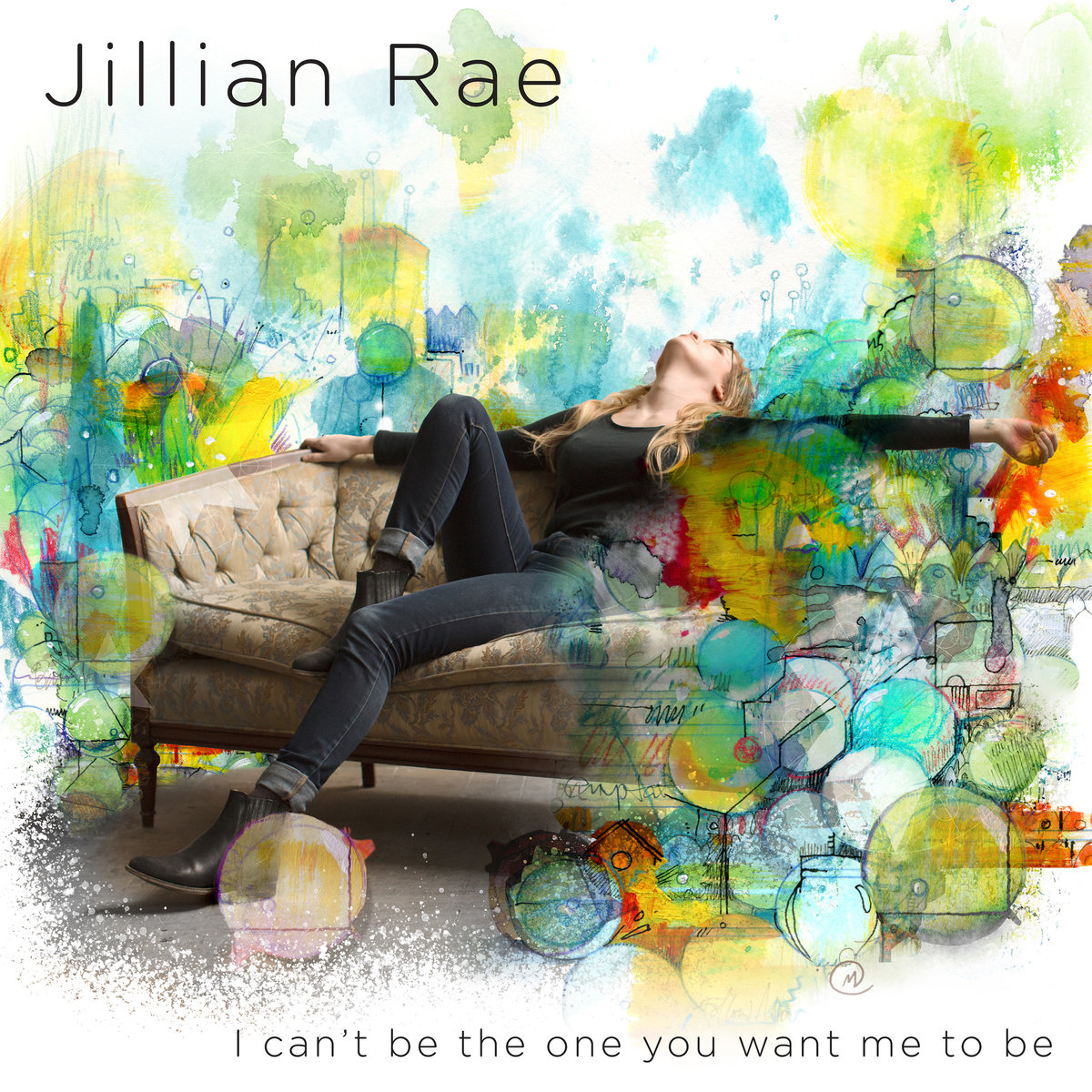 I almost didn’t get to review this LP from singer-violinist Jillian Rae, I Can’t Be the One You Want Me to Be. The first obstacle was presented by the USPS mail carrier who left the album on my front porch during a big rainstorm. I barely saved it in time, but for some reason the LP was also badly warped in addition to soaking wet. (Thank goodness for record clamps and phono cartridges that are excellent trackers, right?) Second, this album didn’t make that much of an impression at first. I’ve been kind of down on the latest generation of female pop singers–it seems like the majority of them are trying to be either Lana Del Rey (I like her a lot, by the way) or Lorde (not so much) with the minimalist electronic accompaniment and soft whispers in your ear that seem too intimate for someone who hasn’t yet gained your trust. I listened to I Can’t Be the One and thought oh, that’s okay. Don’t know what I’m gonna say about it.

One final obstacle, one that almost qualified as strike three, was the so-so sound quality of this Jillian Rae album. Remember when we audiophiles used to talk about midrange suckout? This album suffers from it–mostly highs and lows with a muddiness in between. But then I gave it another listen. Yes, this is a recurring theme in my music reviews, that I tend to re-evaluate albums on a second listen and I often change my mind. Obstacles #1 and #3 are certainly not the fault of Jillian Rae. Obstacle #2? Well, that’s where I changed my mind, and it was enough.

Jillian Rae has been on the bluegrass and Americana scene for quite a while. Her website describes her as the “go-to violin accompanist for dozens of bluegrass, rock, and pop bands.” Her first album, 2013’s Heartbeat, is described as a pop album with a slight hint of her bluegrass background. Her 2017 EP Wanderlust was described as stripped-down country, one that left her fans wondering about her direction. I Can’t Be the One is an answer to that, of sorts, a wildly varied album that suggests Jillian Rae can do it all if she wants to. The first song, “Temptation,” reminded me a little too much of my bias against cute voice + electronic beats, which is perhaps why I didn’t have a favorable first impression. But stick with the album beginning to end, and it gets better as it goes along.

Jillian Rae’s voice is the touchstone for all these genre explorations, everything from ’70s rock to No Depression to folk, and it’s surprisingly sweet and strong for someone known for her violin skills. I’ll tell you a secret–her voice reminds me of someone, but I don’t know who. It’s on the tip of my tongue. I’ll think of it. The point is, I really like her voice, a lot. It sounds like the kind of voice that could easily front one of your favorite pop-rock bands.

Despite my initial misgivings, I now think of Jillian Rae’s latest as incredibly ambitious, and full of style and substance. The strength of her lyrics, for example, put her slightly above her pure pop counterparts. This is smart music, and it needs repeated listens (another familiar refrain of mine) for a full appreciation. Just don’t let it sit out in the rain for too long, cuz that might ruin everything.

I can imagine a hardcore Steely Dan fan, one who probably does agree with that popular YouTube video that makes the case for Steve Gadd’s drum solo in “Aja” being the all-time greatest, listening to […]

Out of the blue, I’ve developed a fascination with the flugelhorn. I’ve even gone online  once of twice to shop for one. At my age I’ve thought about really trying to learn one more musical […]

Futari, Beyond | The Vinyl Anachronist

A recording of piano and vibraphone duos? I’m not sure how it gets any better. I’ve mentioned my love for “malleted instruments” many times before, and I’m starting to think there’s something in the tones […]