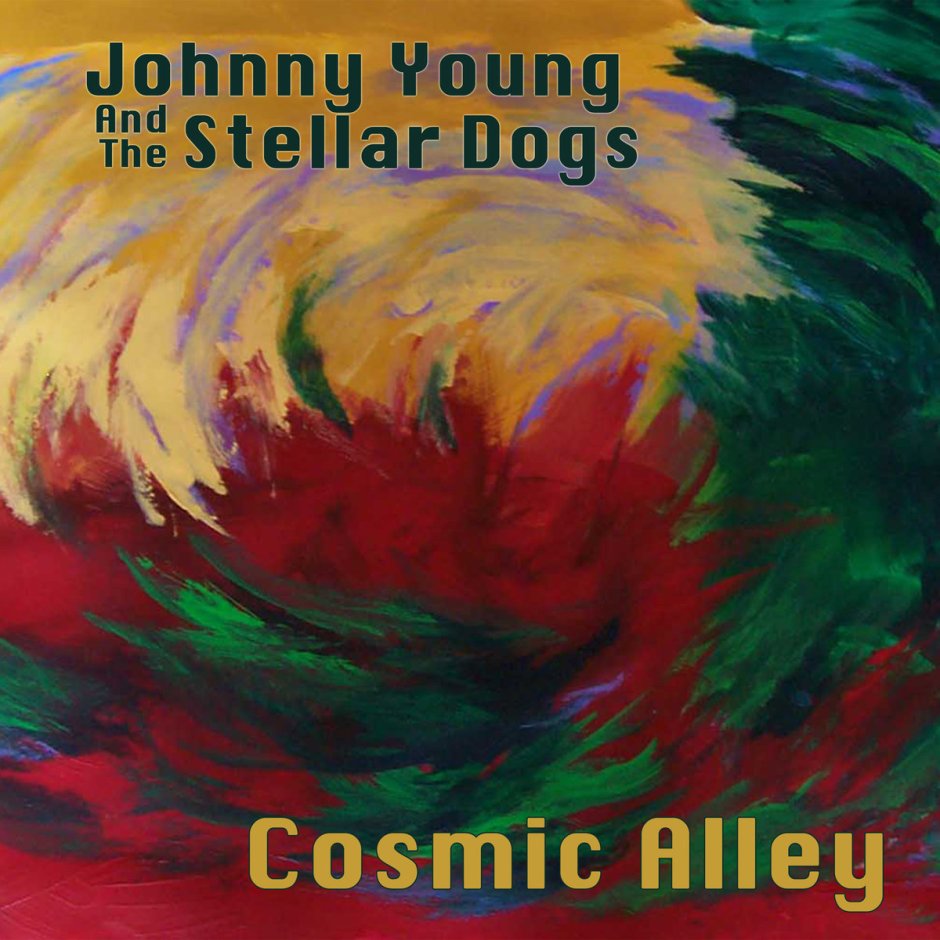 There’s an interesting story behind keyboardist Johnny Young and his new outfit, the Stellar Dogs. Johnny Young’s from Brooklyn, and he was playing at B.B. King’s when he heard a trio of Eastern European playing the blues–unusual in and of itself. Still, there was something about guitarist Jernej Bervar (Slovenia), bassist Akos Forgacs (Serbia) and drummer Milos Branisavljevic (also Serbia) that made him realize wow, these guys can play anything they want. “Multi-time signatures, unusual modes, challenging chords, the sky was the limit.” This might sound familiar to fans of fusion legends such as Al Di Meola and Weather Report, but what’s surprising about the Stellar Dog debut album Cosmic Alley is just how accessible and fun it is.

Young knows plenty about eclectic styles–he’s opened for everyone from Mick Taylor to Spacehog to John Mayall to UFO. (That UFO? Apparently so.) Young has recorded in a number of genres such as alternative rock, jazz and blues, so his idea for the Stellar Dogs was to do it all, knowing his three new friends could keep up. That’s exactly what you’ll find in Cosmic Alley, a little bit of everything, all played extremely well.

For example, the opening “Starship” is classic fusion, wild and loose and all over the place–there’s those continuously shifting time signatures Young promised. A couple of songs later you’re submerged in “Sweet Love Devine,” which is a romantic ballad that gains energy and speed as it moves forward without losing the central theme of adoration. Each of these six tracks are extended jams, full of invention, tight enough to avoid improvisation and other tangents. The Stellar Dogs are focused and alert, even when moving at breakneck speeds.

The most surprising track is “The Vampire’s Lair,” which will definitely remind you of a lost track from the Edgar Winter Group. It has a sinister Halloween feel to it with just a touch of Big Daddy Roth and his dragster-driving monsters from the ’60s. Young was inspired by Hungarian folk music, especially compositions in minor keys, and the Stellar Dogs turn it into a psychedelic rock instrumental that might be at home in a horror movie–a really good one. This song alone proves that Johnny Young was right–these guys can play anything they want, and have a great time doing it.

David Hillyard and the Rocksteady Seven, Playtime | The Vinyl Anachronist

Just last year I picked David Hillyard and the Rocksteady Seven‘s The Giver as my favorite album of 2018. This LP released by ORG Music introduced me to a completely new genre, rocksteady, which was […]

A CD arrives in the mail today, a debut from a band named Fitted called First Fits. It’s from ORG Music, which means it can be anything from jazz to classic rock to everything in […]