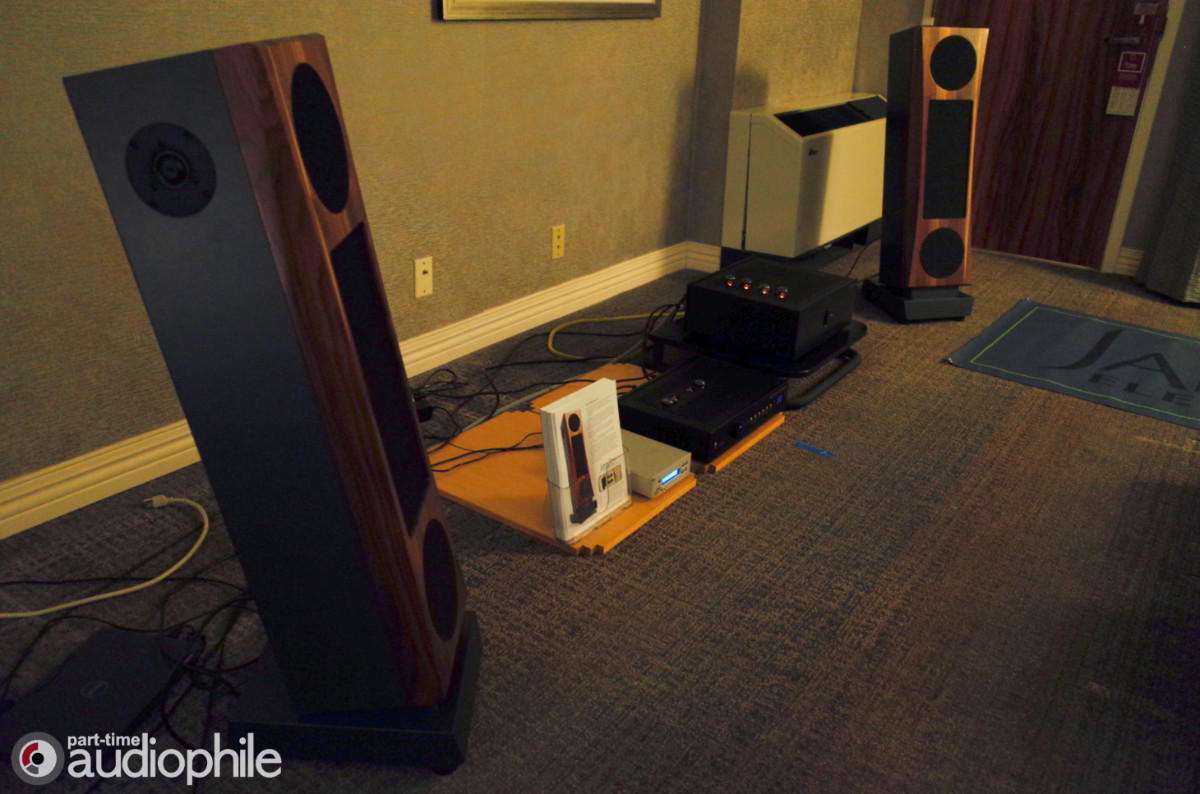 David Janszen of JansZen Audio, Linear Tube Audio, and exaSound put together a crafty little system at Capital Audiofest 2019 that left me wowed. Showing the new Valentina P8 and A8, which are the passive and active versions of the next generation of the Valentina compact electrostatic floor-stander that they replace.

David Janszen is the proud son of Arthur A. Janszen who invented the first practical electrostatic loudspeaker in the 1950s, and is also famously known for creating the KLH Nine, the first full-range electrostatic, which Ewing Nunn combined into a Triple-panel stereo dream system in 1961.

The new Valentina P8 raised some questions, and the first being “What does the P8 stand for?” And the answer was almost so obvious, I kinda felt dumb for asking the question in the first place, but that dumb question really opened David Janszen up, so I (in my manipulative ways) continued to ask cleverly targeted dumb questions. “What’s this knob do?” “What about this? Is this a ribbon?”

An aside, if you find that you are interviewing someone (for information, not broadcasting) who is a little reserved and less than forthcoming, ask a dumb question, it will inspire them to correct you and set you on the right path.

The “P8” in the new Valentina P8 electrostatic floor-stander stands for “passive 8-inch woofers”, which replace the 7-inch woofers in the preceding model. Other changes in the Valentina P8, are an updated crossover, along with the improved bass impact and depth provided by the new 8-inch woofers.

Interesting features of the Valentina P8 are its front baffle, which in total is 2.5-inches thick, natural wood slab, 2-inches of which makes the visible portion of the outer-baffle, a half-inch of which is recessed into the cabinet. Half-inch thick MDF is used to construct the inner sub-cabinet for the electrostatic panels, and 1-inch MDF is used to construct the outer-cabinet.

On the outer-facing side of each Valentina P8, are outward facing ambiance ring-dome tweeters. Yes, I asked if they could be placed inward, just to get clarification on the matter. The things I do for you people.

On the rear of each tower is an attenuation knob for the electrostatic panels, a switch for +/-3dB (depending on how you perceive half-filled glasses of water) on the woofers, and a knob for infinite control of the side-firing tweeters.

Also on display, the Valentina A8 model which is an active version with two 500-watt N-Core amplifiers in each cabinet, and features Hypex Input Cards which offer analog and digital input. 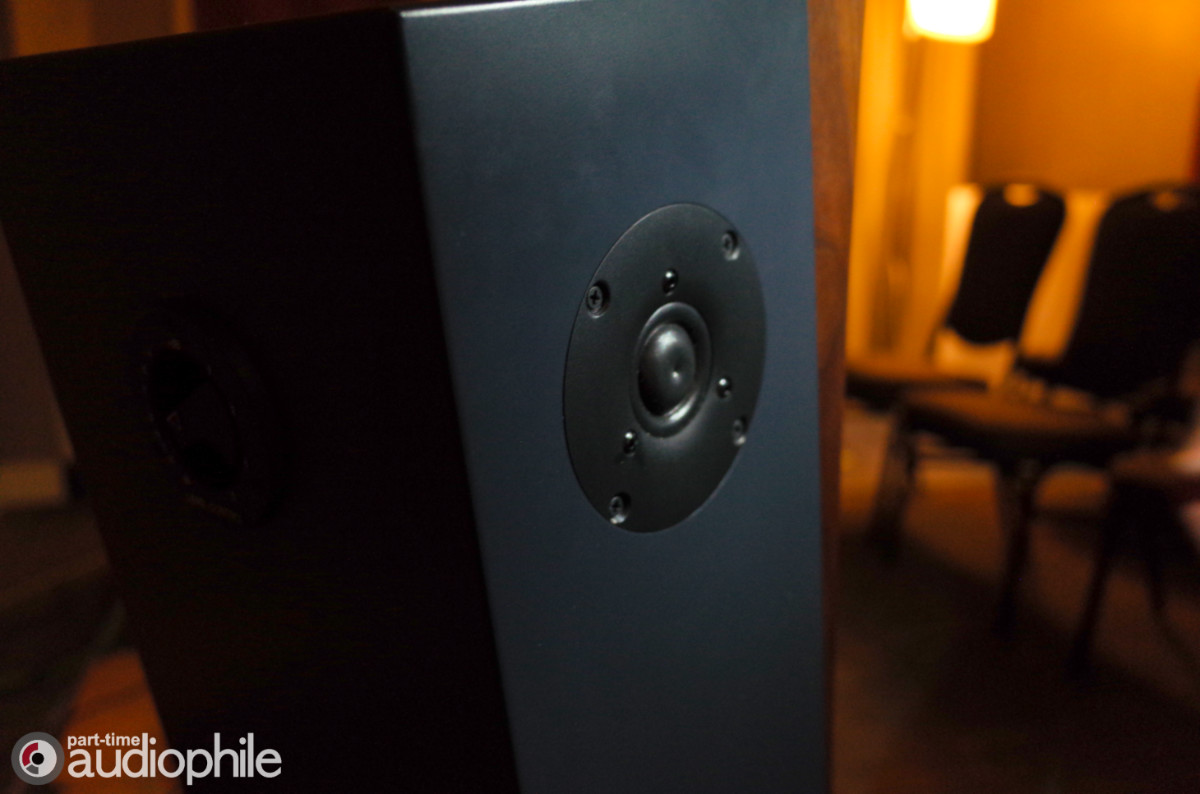 I love electrostatic loudspeakers. Color me biased. The last speaker I want to own is a pair of ESL ‘57s which aren’t perfect, but damn if they don’t just feel right in the middle ranges.

Sitting before the new Valentina P8, it seems like everything I love about the electrostatic sound is present and intact, and gone are the issues in the bass. These are not open-baffle or panels per say, but they play much larger in scale than a 39-inch tall tower should. Bass on the Valentina P8 is to-die-for in this execution, the loudspeaker is balanced sounding and moves effortlessly with the LTA electronics.

As I sit here pondering these Valentina P8’s and the idea of settling my last days with Quads seems less and less decided.

AXPONA 2018 marks the return of Gayle Sanders with the launch of EIKON Audio. Sanders co-founded Martin Logan in 1982, where he stayed for nearly three decades only to sell the company in 2005.  After […]

Welcome To Chicago There are over 160 rooms and exhibits here at Axpona. Making this event the largest audio show in North America. For some this can be overwhelming and cause a bit of anxiety. […]

2017 seems to be the year of McIntosh. The Binghamton, New York-based company has had 65 years of product rollouts, but for 2017 they seem intent on smashing product-release records. Their latest announcement concerns the XRT2.1K loudspeaker […]