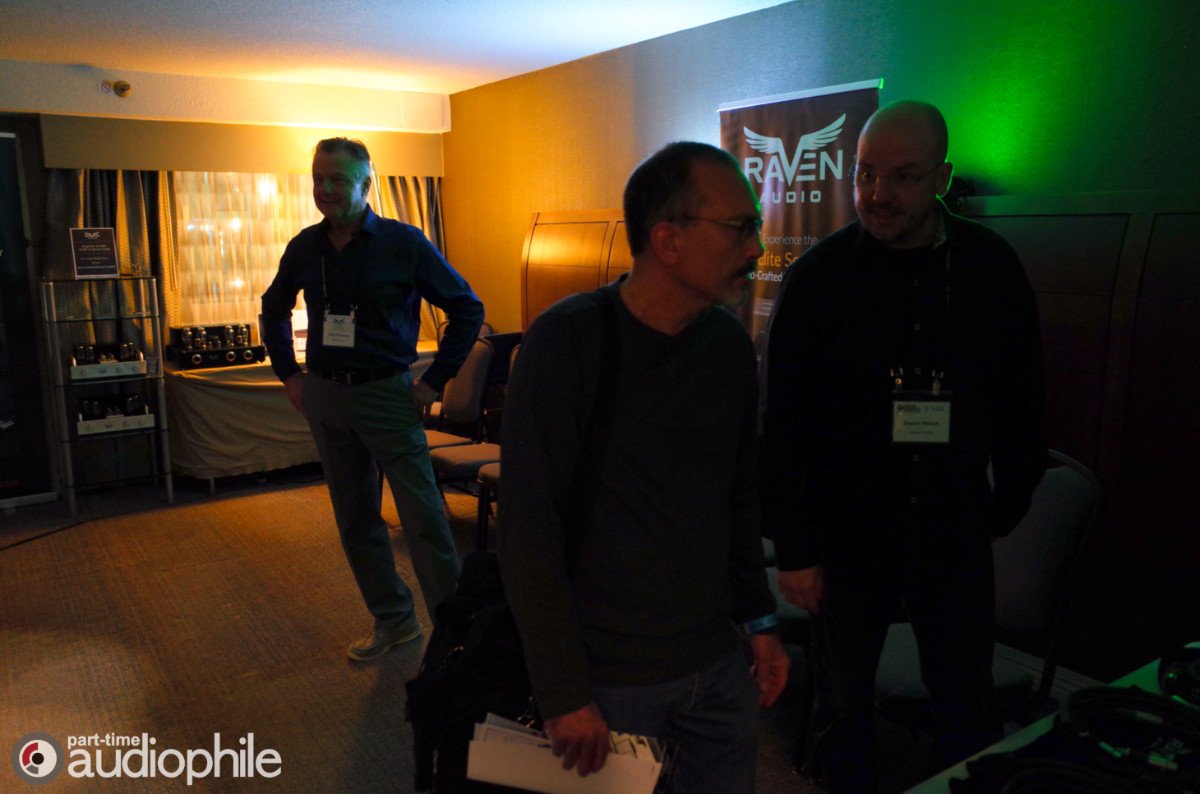 WASHINGTON DC (PTA) — Raven Audio was showing large with two pairs of there still-new CeLest’ and Corvus loudspeakers, along with their new line of Soniquil Cables. Originally known for their powerful and sharp looking tube electronics, Raven Audio has quickly transformed into a true vertically integrated producer of high-end components that run the gamut. 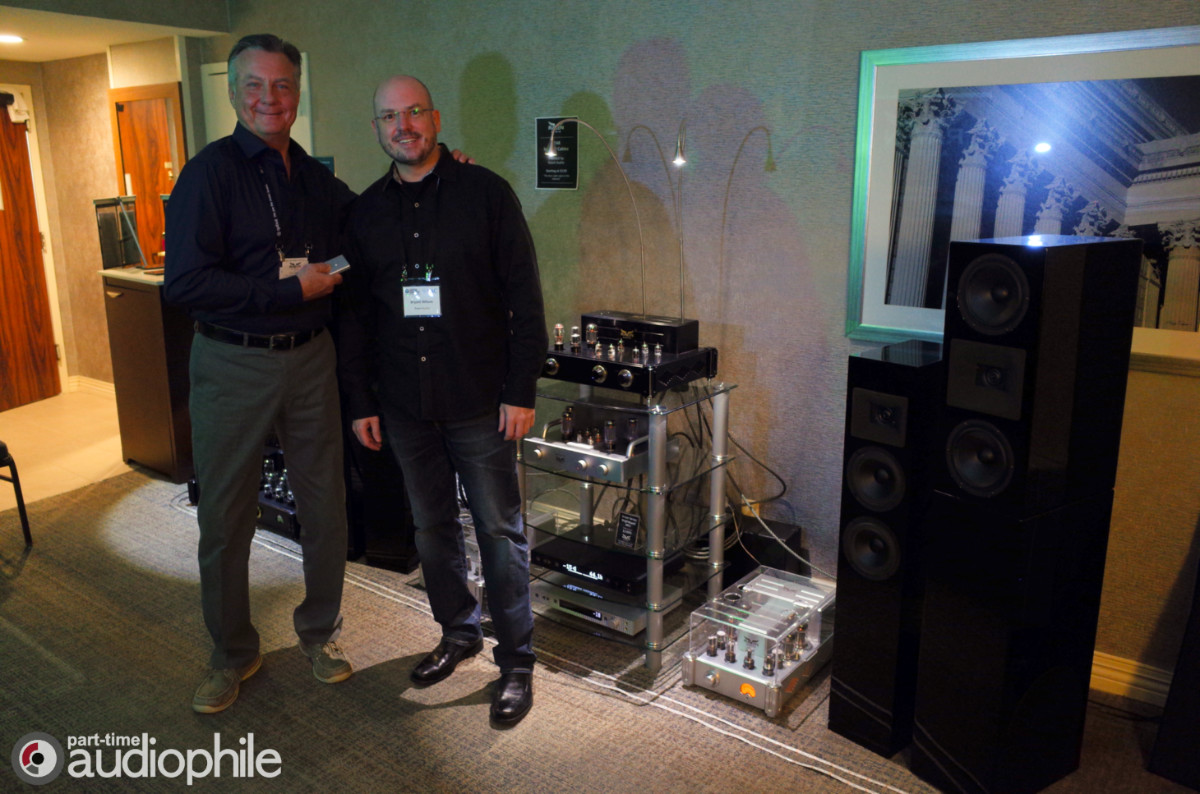 I first covered them at the launch earlier this year at the Florida Audio Expo 2019, but that was when the CeLest’ were still in prototype form. I later covered them again as production ready models during my visit with Raven Audio at AXPONA 2019. But let’s save what I’m finding for the sonic impressions 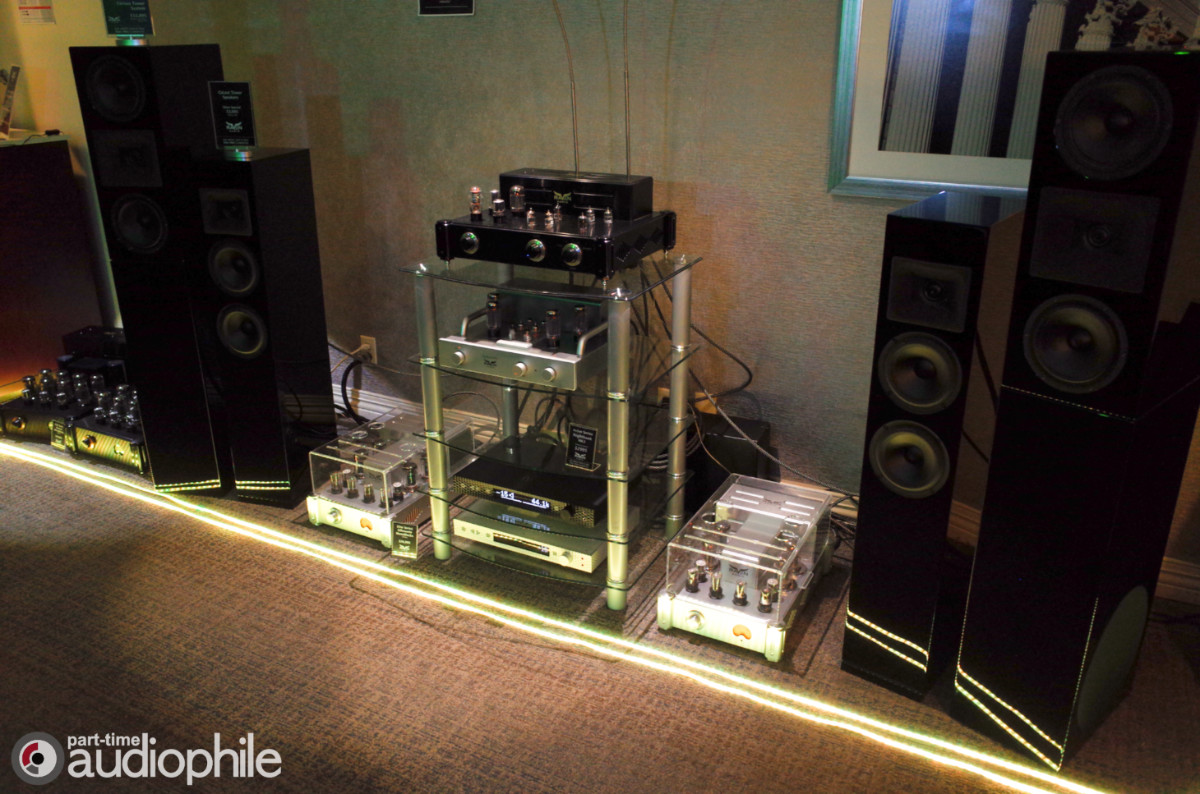 The Nighthawk Mk 3 ($2,995 USD) iteration also launched earlier in 2019, and was running the show at Capital Audiofest 2019, as the leading edge of an all-new Avian series roll out. Also on display the Avian Series new Eagle and Golden Eagle integrated models that publish conservative power ratings of 50 and 75-watts per channel, but I was assured that end users will still have a little more power on reserve. How much I won’t say, but it was substantial enough, that I felt the need to mention it here.

Also on display, the new pet-project from Raven Audio, dubbed The Raven. It is a 300B integrated amplifier, built around the best preamplifier Raven Audio knows how to build, and featuring the famous 300B tube. However any four pin tube can be requested, installed, and configured at the factory.

Raven Audio’s line of Soniquil cables were also on display both passively (on a table) and actively (in the system). The Soniquil Cables offer low resistance pure copper construction, substantial shielding, and termination either rhodium or gold plating. Moreover the Soniquil Cable prices are ridiculously good for the list of stated specs and state-side construction.

Listening to the new Nighthawk MK3 tube integrated on the CeLest’ towers left me with a strong feeling of disbelief. For one, this is the largest room I’ve heard the Raven Audio components in this year. Given the room to breathe, the system was allowed to open up it’s stereo image, play without congestion, and dig deeper into the bass without the usual mid-bass hump I associate with hotel rooms. The CeLest’ are billed as the “fun speaker” in the Raven Audio loudspeaker line-up, with the Corvus Tower System ($14,995 pr USD) holding reign over the best of what is possible (from Raven Audio) in articulate detail, balance in tonality, and a full-range sound. It was at this point that I was reminded of what exactly I was listening to.

It was undoubtedly high-end sound entering my ears, and yet the entire system came in at just under $7K including the full loom of Raven’s Soniquil cables. This kind of experience for the dollar is almost unheard of in terms of high-end audio. These are made in America components that look high-end, produce high-end sound, and yet don’t carry the high-end price tag. What’s the catch? If you find it, do let me know. As far as sonics can go in this environment, this was far and away the best sounding value conscious system I heard at Capital Audiofest 2019.

Tidal offers 12-Days of streaming for free… what are you waiting for?

Donna Summer had many hits in her long, multi-decade career. Her work with Goirgio Moroder in the mid seventies on LPs like Love to Love You Baby – to me – were the progenitors of electronic […]

A Photo Tour Everything I love about audio shows seldom has to do with audio. Axpona in Chicago proves to be one of the more lovable hi-fi events in America, as it pulls the largest crowds […]

PS Audio is delivering something much better than turkey for audiophiles this Thanksgiving. The Boulder, Co. company is dropping prices on their flagship preamplifier, (BHK Signature Preamplifier ) and flagship power amplifiers (BHK Signature 250 Stereo and 300 Monoblock) […]