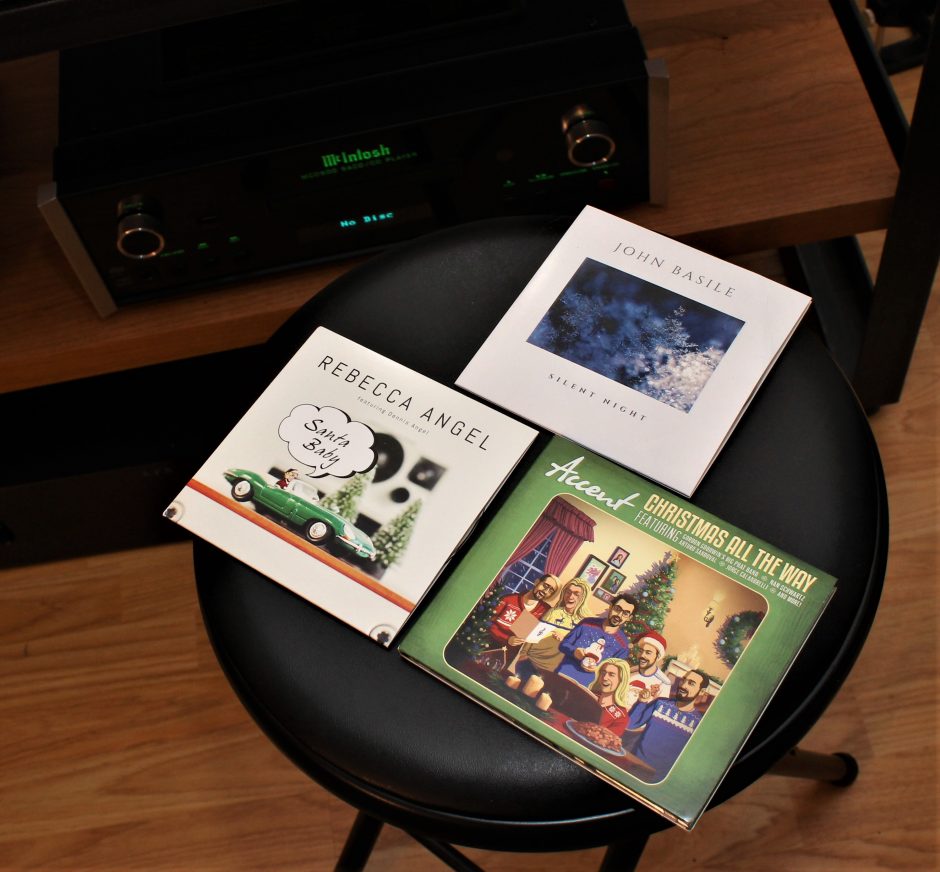 It’s that time of year when I start receiving all the Christmas jazz releases for 2019, and I tell myself over and over that I’m not going to say “Bah Humbug” while rolling my eyes. My long-standing policy is that there’s one worthwhile Christmas album out there, A Charlie Brown Christmas by the great Vince Guaraldi, and that all other jazz holiday albums are merely something pushed by record labels to make a few extra bucks. Humbug, indeed.

This year I have three Christmas jazz releases in for review–although there are twenty-something more shopping days for them to reach my mailbox–and this year’s harvest is, well, pretty okay. In fact, this is downright good jazz, with the holiday themes coming in second to great sound quality and great jazz performances.

First up is Rebecca Angel and her CD single of “Santa Baby.” I really enjoyed her debut album What We Had, which I reviewed last year, stating that she sounded quite confident for a 22-year-old jazz singer. Now she’s 23 or so, and “Santa Baby” is sung with her trademark mixture of innocence and just a touch of romance. After last year’s “Baby, It’s Cold Outside” debacle I don’t want to explore this any further, but let’s just say this is a great track for snuggling in front of the fireplace.

John Basile‘s Silent Night is something a little more typical when it comes to Christmas jazz–holiday classics played in an easy style that also borrows from several genres such as Brazilian jazz, ballads and more. Basile is a skilled guitarist, and he’s surrounded himself with an adept small ensemble. Normally I don’t go in for the gratuitously pretty holiday music, e.g. Mannheim Steamroller, and Basile’s album does flirt with that motif more than once. But Silent Night is recorded beautifully, and I succumbed to its charms more quickly than I thought possible. 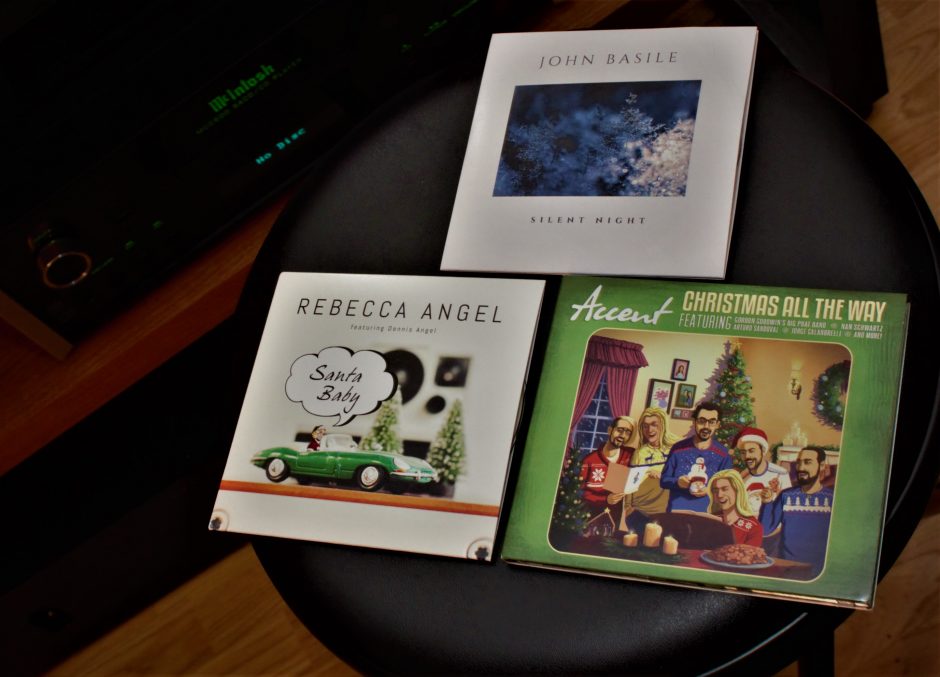 Do you like a cappella groups? Do you and your family like to go caroling through your neighborhood? Then you might love Accent‘s Christmas All the Way. Imma tell you that I’m not into a capella groups that are so perfect in their delivery that you start to suspect that something less than human insinuated itself into the studio. This is, indeed, Christmas jazz that is calibrated, rehearsed and utterly seamless–although there is a big band jazz ensemble backing the singers up some of the time. Sonically, however, this album knocks it out of the park–it sounds great.

There’s only one reason for me to play Christmas jazz in my home, and that’s when we have guests over and they look at that hi-fi system dominating the living room and they say to themselves, “He doesn’t have a Christmas tree up…at least he can play us some damn Christmas music.” If that happens, at least I have three new Christmas jazz releases that will fill everyone with holiday joy while I sneak out the back and smoke cigars in the snow. Bah hum–I mean, Happy Holidays!

As you might imagine, reviewing all this high-end audio equipment in the context of maintaining a certain sound of the system can be difficult. This week has been a big period of changes, with a […]

I wasn’t quite sure at first about guitarist Todd Mosby (website) and his new album, Aerial Views. It starts off very mellow, almost an equal blend of soft Pat Metheny and the better-than-average Windham Hill […]

Pete Malinverni, On the Town | The Vinyl Anachronist

Pianist Pete Malinverni and his new album On the Town comes at a time when I’ve already been thinking about Leonard Bernstein. It’s a day after the Oscar nominations came out, and Steven Spielberg’s new […]