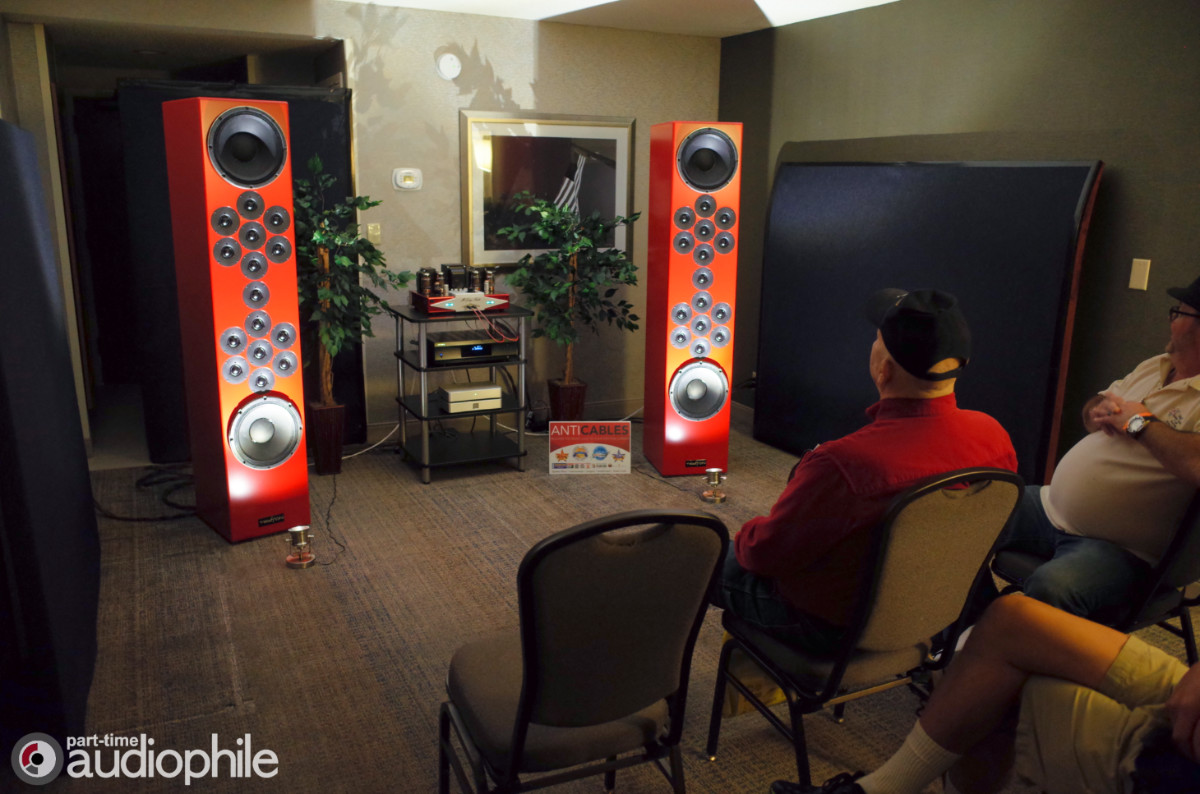 WASHINGTON DC (PTA) — Tekton Design and McGary Audio bring a spirited life to a massive pair loudspeakers, Exogal turns water into wine, and Anticables ties it all together. 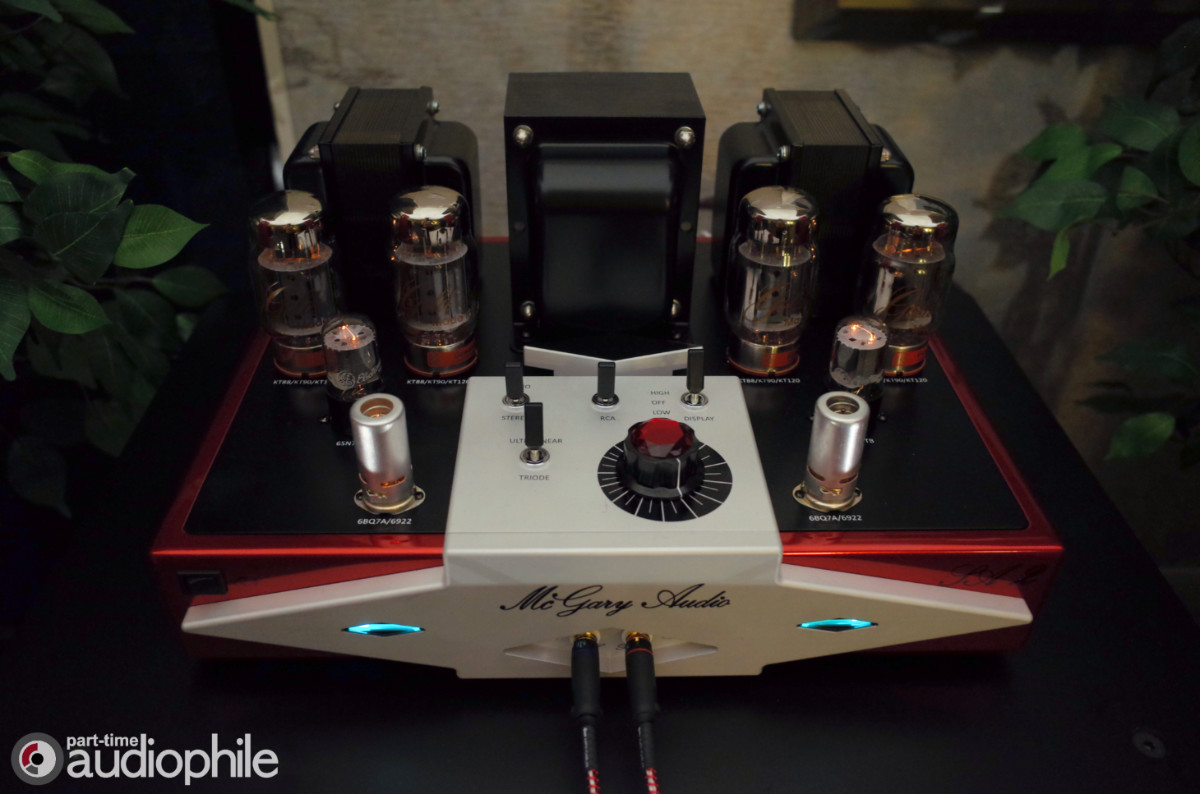 Tekton Design’s Eric Alexander was on hand to demonstrate his new Moab loudspeakers which feature dual 12-inch woofers, a proprietary and patent pending 15-dome radiating hybrid MTM high-frequency array, all nestled into a small 69-inch tall, 13.5-inch wide, 17-inch deep ported enclosure that weighs only 135lbs per side. Yes, double all of that. 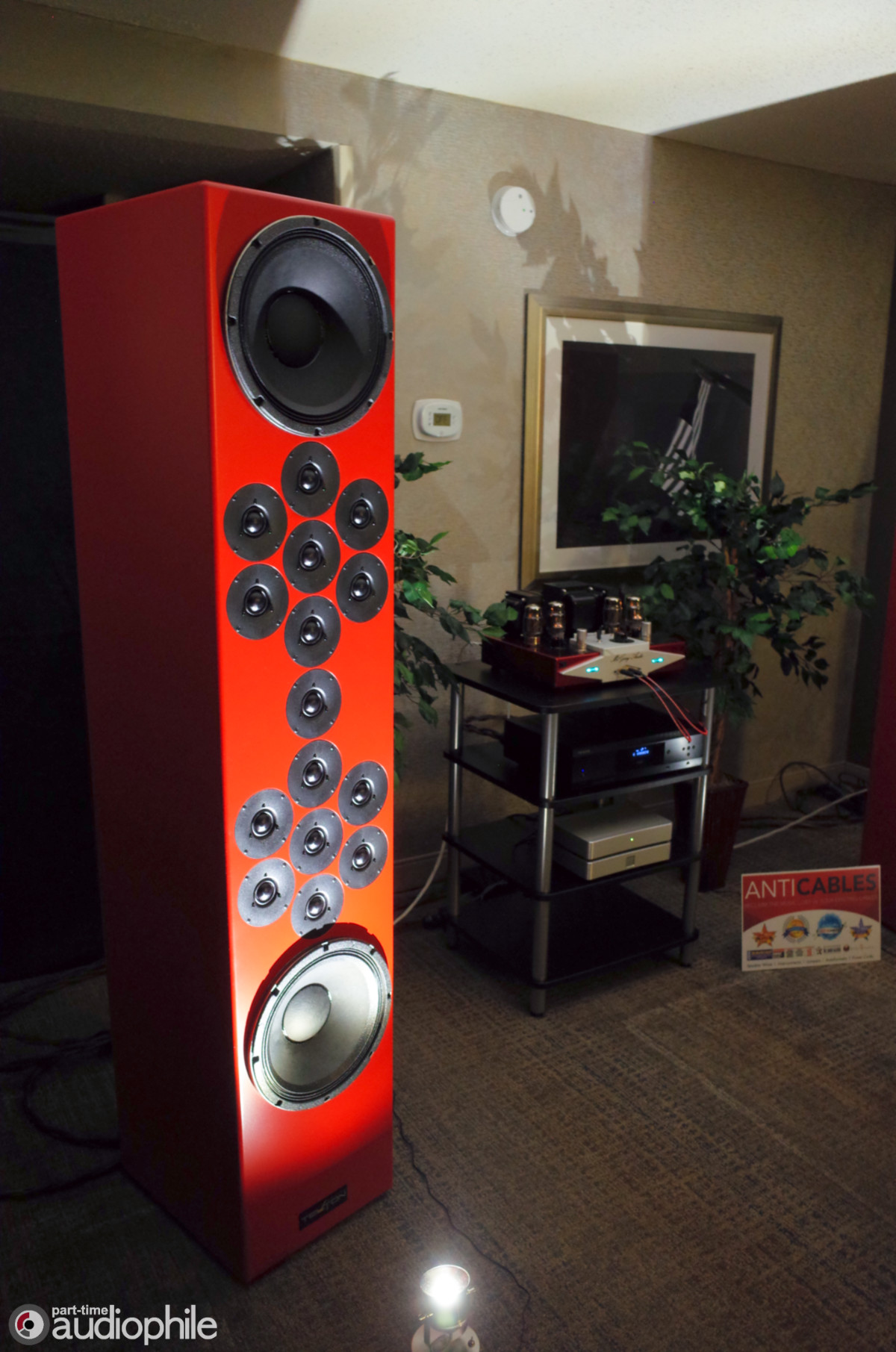 Electronically the Moab towers rate a 98dB/1m sensitivity, and can be ordered in either 4-or-8 Ohm design but Tekton suggests 4-Ohm for optimum performance. Across the spectrum expect a 20Hz-30kHz frequency response, and a 900-Watt power handling, though they can be powered by nearly anything with such a high sensitivity to power.

As is the story with the McGary Audio SA-2 tube stereo amplifier which boasts only 80-Watts of power (not small potatoes) and has driven every speaker I’ve heard them on with poise and power. My first go round with McGary Audio was with Salk Sound loudspeakers, which produced an alarmingly good pairing. Here at Capital Audiofest 2019, the McGary amplifier is working wonders with the new Moab from Tekton.

McGary Audio designs and manufactures all of their products, which for now is only amplifiers, in Gainesville, Virginia — just a forty minute drive from the Rockville Hotel that hosts Capital Audiofest. The SA-2 is an all-tube amplifier design, that is self-biasing and can be configured with KT88, KT90, and KT120 tubes. The amplifier can be configured into a system as a monoblock, and features Triode to Ultralinear mode switching. Truly unique is the large knob on the top of the amplifier chassis that allows the user to globally adjust negative feedback to the amplifier. And if that’s not enough cool, how about the lifetime warranty (which excludes the tubes). 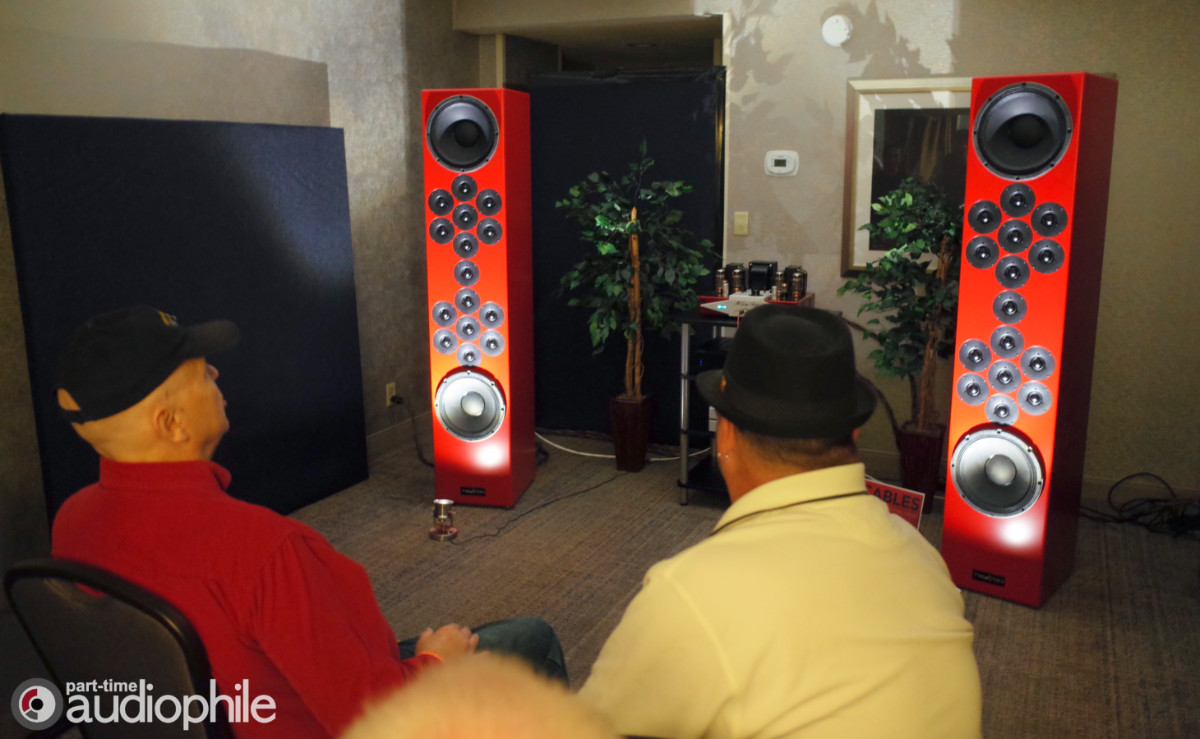 During my time in the room, the McGary Audio SA-2 tube stereo amplifier was playing the large Moab speakers. What they had done for Salk Sound they were also doing for Tekton Design, the McGary amplifiers gave me a new respect for both loudspeaker companies.

It’s hard to pinpoint any one area of the sound that stood out to me with the Moab and McGary combination. And like the Salk’s it’s just easier to say that what the McGary amps do is make speakers sound their best. I know that sounds like a cop-out but it’s my honest gut reaction. A reaction that seems to be repeating itself with every instance I run into a McGary Audio amplified system. 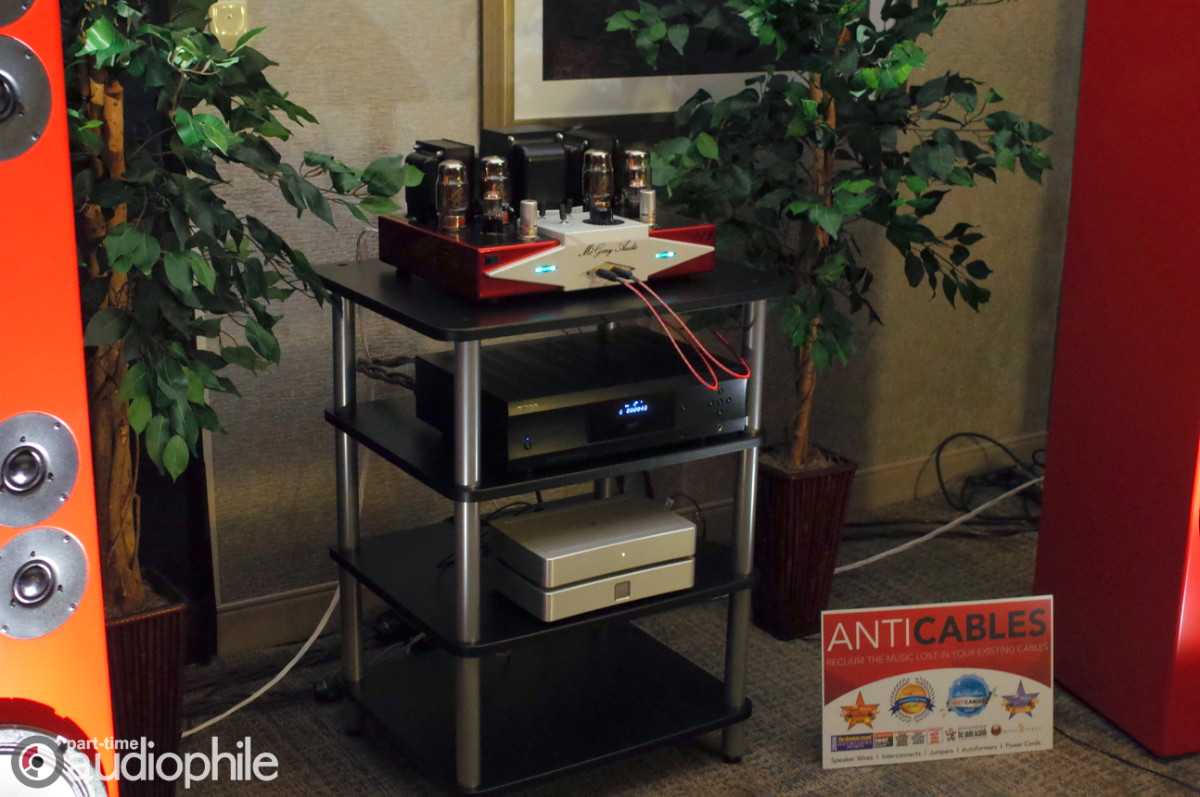 All cabling by Anticables

Now for something different. A self-contained system. Cleverly implemented into a powered loudspeaker; the new bookshelf or stand mount monitor from Kanto Audio — named TUK (pictured in white, also available in black). The Kanto […]

It’s fairly common to run into one or two new companies each time I cover a major stereo event. What’s unusual, though, is to meet some fresh audio entrepreneurs on their first official day in […]

CAF 2018: The Vinyl Revivers, MyTek, Accuphase, Sonner Audio; A sound I would love to come home to

December 4, 2018 Eric Franklin Shook CAF 2018 Comments Off on CAF 2018: The Vinyl Revivers, MyTek, Accuphase, Sonner Audio; A sound I would love to come home to