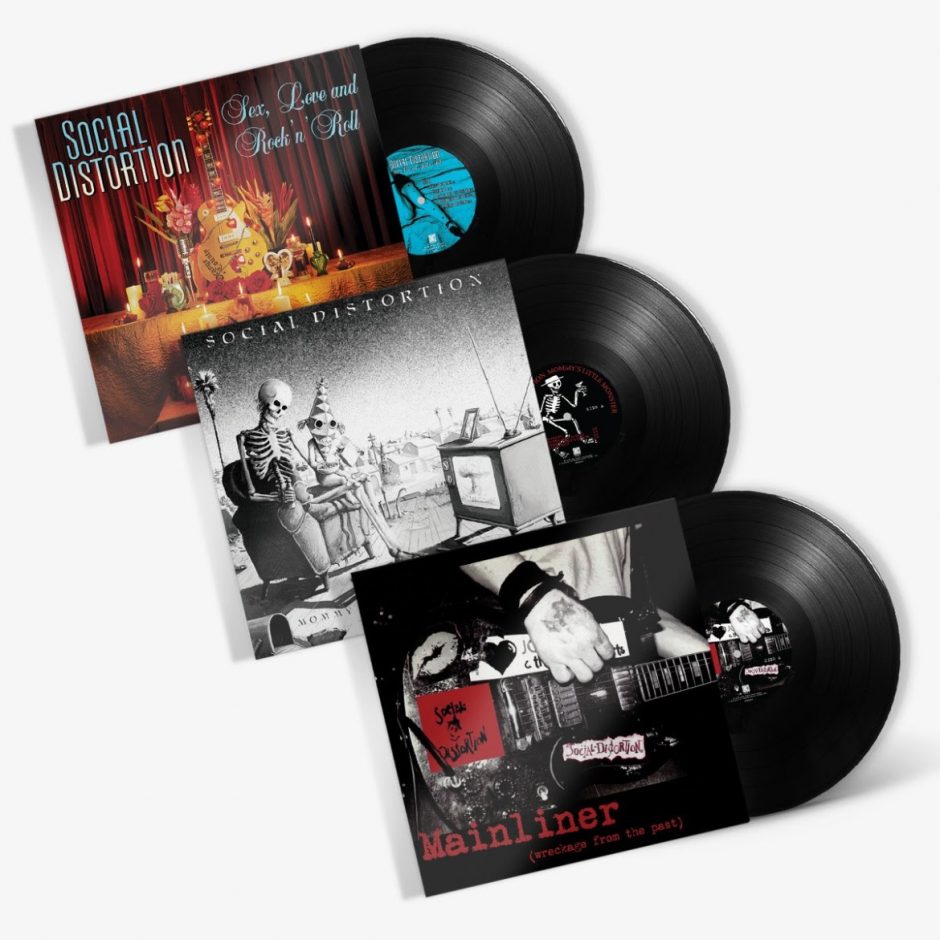 I’d almost forgotten about my shared history with Social Distortion. Mike Ness and his crew hailed from Fullerton CA, where I was born and where I went to college. Social D was one of those local bands that we cherished–not so much because they were local but because their songs were all over the place since the band was championed by KROQ’s Rodney Bingenheimer (the same DJ who pushed the careers of Blondie, Ramones, The Go-Go’s, X, The Bangles and even Van Halen). It never even occurred to us that the band had gone national, thanks to their eponymous 1990 album that featured such hits as “Ball and Chain,” “Let It Be Me” and their beloved cover of “Ring of Fire.” X belonged to Hollywood, Minutemen belonged to Pedro, and Social D belonged to us.

When Craft Recordings asked me if I was interested in evaluating their Social Distortion reissues, I almost did a spit-take. I grew up in Orange County in the ’70s and ’80s–what do you think? They immediately sent me two LPs, 1983’s Mommy’s Little Monster and 2004’s Sex, Love and Rock ‘N’ Roll. This acts as a summary of their early period and their later comeback, although it’s hard to call any of their albums a comeback album since years would go by between releases. (Five years passed between Mommy, their first studio album and Prison Bound, their second, due to Ness’ spending time in jail and recovering from drug addiction.) 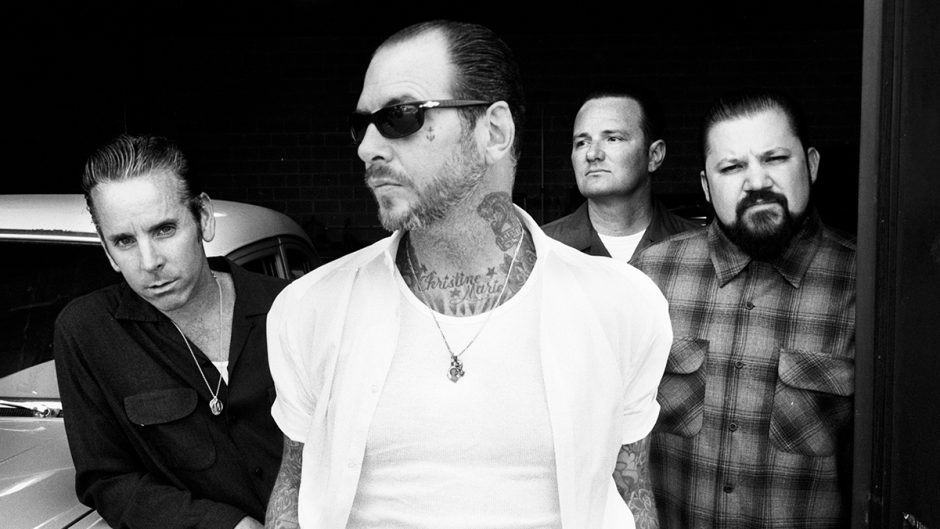 What’s amazing about these two albums, recorded 21 years apart, is the consistency Social Distortion maintained throughout their career. Sure, it’s a simple formula–basic chords and song structures, powerful delivery, Mike Ness’ angry growl of a voice, but Social D was all about authenticity, of being real and singing about things that mattered. Even the name Social Distortion comes has a humble, realistic origin–in the beginning Ness was told to add plenty of guitar distortion to his sound since he couldn’t play that well.

Other than that, the older album sounds a bit more thin than the newer one, and Ness’ vocals are a bit more detached from the music–if you read my review on J. Graves’ Marathon you’ll know that sort of minimalist approach in the studio is usually desired with the punk-related genres. The newer album feels as if the budget might have been a little higher, since the overall sound quality is much more polished. Both of these pressings are clean, clean, clean, and it’s fascinating how much clarity you can bring to a recording from a band who has the word distortion right in their name. If you’re already a fan of Social Distortion, I don’t need to tell you to run out and buy these reissues (these two albums plus 1995’s Mainliner: Wreckage From the Past are available as a package for $52.99). Even if you aren’t that familiar with Social D, it’s still worth the risk–one of the things that made this group so big in my neck of the woods in the ’80s was the band’s ability to appeal to both punks and rockers. That appeal is still intact today.

Steve Million’s What I Meant to Say | The Vinyl Anachronist

One of the reasons I love small jazz piano ensembles so much is that one group can sound so different from another group, even when playing the same standards. I’m not talking about mere improvisation, […]

After arranging to review the PS Audio Stellar phono preamplifier, I realized that the first time and only time I’ve reviewed a PS Audio product was way back in 2008, when the GCPH phono stage […]

What do you do for an encore after you win three Grammy Awards for a jazz album that celebrates the contributions of young DACA Dreamers to our society? If you’re trumpeter and flugelhorn player John […]