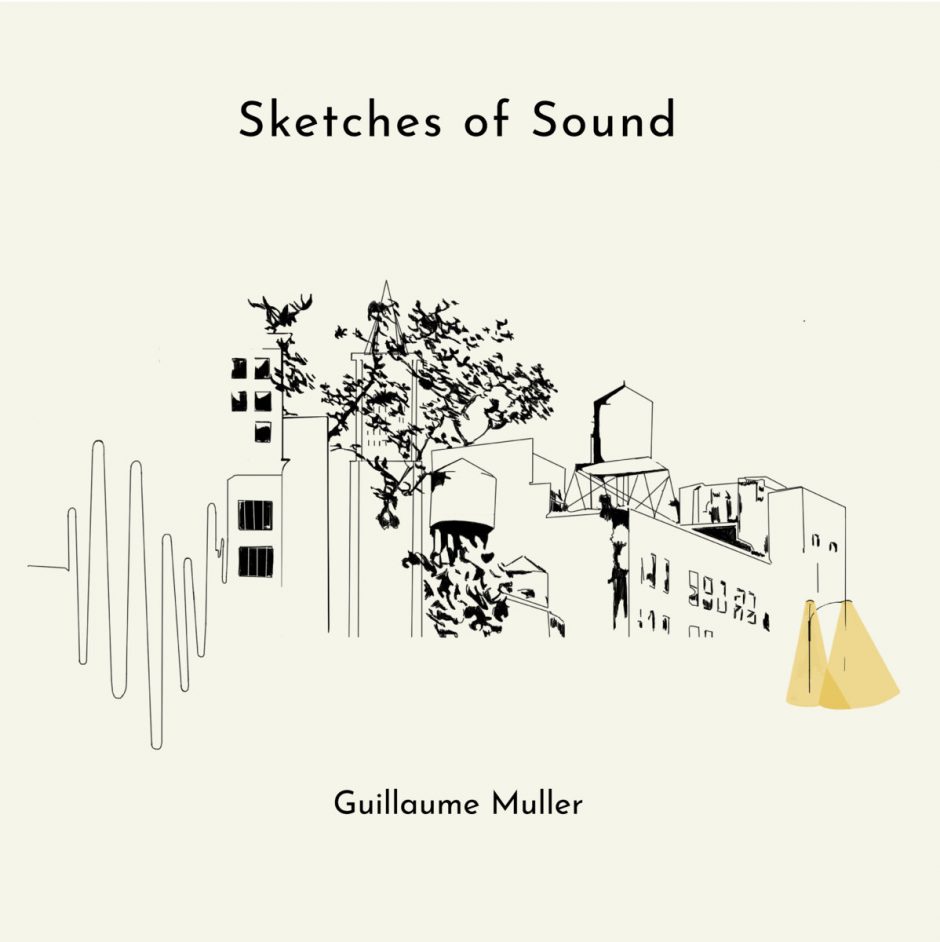 Was the foreshadowing too obvious when I discussed the possibility of a “purist jazz” trend in 2020 when I reviewed the Fabrizio Sciacca Quartet yesterday? ‘Cuz right on cue we have another fascinating yet straightforward jazz release from guitarist Guillaume Muller, Sketches of Sound. Both recordings focus on small ensembles–trios, quartets and quintets. The difference between this album and the one from FSQ is mainly one of tone and mood–Sketches of Sound swings just as consistently from beginning to end, but with a sweeter and more lyrical overall sound.

Fabrizio Sciacca and Guillaume Muller have very similar stories, which is perhaps why I chose to review these two discs one after the other. Both are young. Muller, like Sciacca, is a recent arrival on the NYC jazz scene from another country (in this case, he grew up in Paris). These are both debut albums. Both performers are young and yet faithful to the way things used to be, back when everything was still being invented on the fly. But Muller strays just a bit further from purest bebop standard to conjure that sweet, languid guitar tone of his.

Another difference is Guillaume Muller’s use of his own distinct guitar style to enhance the arrangements. Where Sciacca is content to let his ensemble explore individually, Muller’s guitar is always there, sometimes slight but always encouraging, always throwing out his ideas. It’s a constant dialogue between performers, and you can almost hear the words that are spoken between them.

That doesn’t mean sax player Nino Wenger, pianist Jim Funnell, bassist Gui Duvgnau and drummer Josh Bailey are merely following orders, which would make them the polar opposite of Sciacca’s veteran crew. They all have exquisite moments. In Sketches of Sound, however, the synergy of the group isn’t based on an unexpected amount of magic in the room, the kind of magic that comes from an incredible amount of experience. It’s also not about just playing the notes either, even when the guy who wrote those notes is sitting in the room with you and watching everything you do. But it is about leadership, and you can hear Guillaume Muller’s ideas in every one of those notes.

It’s very interesting to listen to these two albums together. Fabrizio Sciacca will energize you, and Guillaume Muller will help you to relax afterward. Both are pure jazz albums in their own special ways.

When you name your ensemble the Cortez/Williams Project, and your new album is called Hermanos, you might think that this is all about two longtime friends, musicians, who finally got enough free time to hang […]

The AVM Ovation 6.2 Master Edition integrated amplifier just kind of snuck in here, made its impression, and left in just a few weeks. My time with it was so short, so fleeting. I didn’t […]