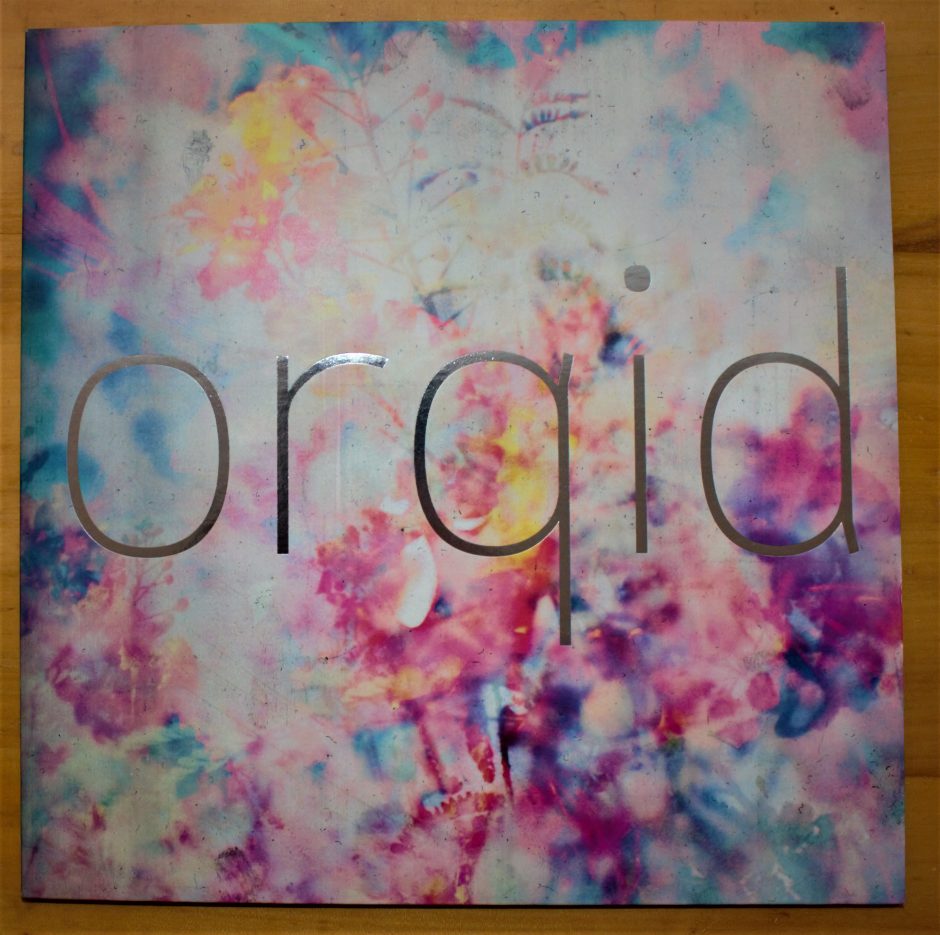 Back when I reviewed Rasmus Kjaer‘s stunning LP Turist, I mentioned that three electronica albums showed up on my front porch within a few days of each other. Orqid’s Tenderness was actually the first slab of vinyl I received–it’s the one that prompted me to celebrate the fact that someone out there discovered that I actually enjoy all kinds of electronica, and that I wouldn’t mind exploring some of the new genres out there. (I went through a sort of a New Age and ambient phase in the ’90s, encouraged by an old girlfriend who liked to meditate, but that stuff is very different than this stuff.)

I’m also fixated on the fact that all of this electronica is arriving on vinyl. Just yesterday I finished my review on the PS Audio Stellar phono preamplifier, and I had to bring up an old friend who refused to listen to electronica on vinyl because the music demanded a pristine format. Orqid’s Tenderness, like Turist, is an eerily silent pressing, so that’s not an issue. It arrived with an ORG Music sticker on the cover, so that explains a lot. The vinyl itself is what they call splatter, a colorful pattern of inertia that is described in the literature as “hot pink, lavender and periwinkle hues,” with no two patterns the same. 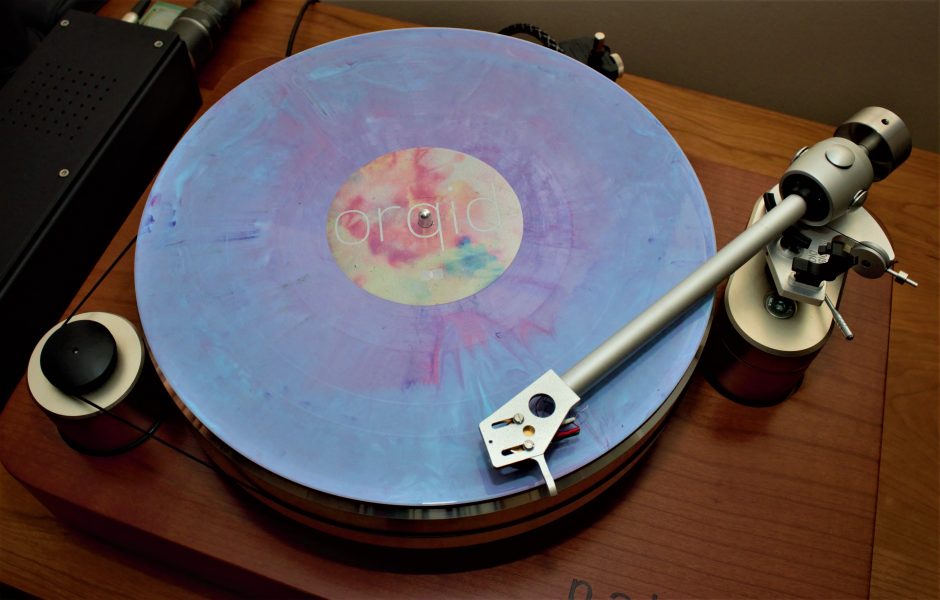 Orqid’s Tenderness is an unusual LP. At just under a half-hour it’s more of an EP, and it goes by quickly. The first two songs, the title track and “Our Love,” are more R&B than electronica–Orqid (aka Tom Butcher, a Seattle musician who’s known for his collection of vintage synthesizers and drum machine) has a deep sensual voice that’s perfect for these types of love songs. The remaining four songs, however, are quite different. These are ambient tracks, in the strictest sense, and they complete transform the energy in this album–in a good way.

As I’ve mentioned, Orqid’s Tenderness is a beautiful recording, and not just visually. I’ve been drawn to electronica lately because the current review system–Von Schweikert Audio ESE loudspeakers, Vinnie Rossi L2i integrated amplifier with phono stage, and the Palmer 2.5 turntable with the Audio Origami arm and Hanahttp://www.musicalsurroundings.com/product/hana/ ML cartridge–is so awesome at reproducing size. Tenderness basks in gigantic landscapes that stretch out seemingly forever. The bass is deep and pure, and some of the highs, especially in the song “Ritual,” are breathtaking. This is a recording that’s full of sparkle, those little details that are so delicate they make you sit up straight and try to figure out the origins of each sound. Orqid’s Tenderness isn’t quite the game-changer for me that Turist was, but I’m still mightily impressed with this particular journey. Bring me more!

Jazz isn’t meant to be precise or carefully thought out, which seems like an obvious statement. When you hear something like Matty Stecks & Persiflage’s new album, Night Cravings, you immediately start to appreciate the […]

I can’t pick out a specific genre for the music played on Dimitri Monstein Ensemble’s Landscape, and yet it’s so familiar, like something I used to hear all over the place many years ago. Monstein, […]