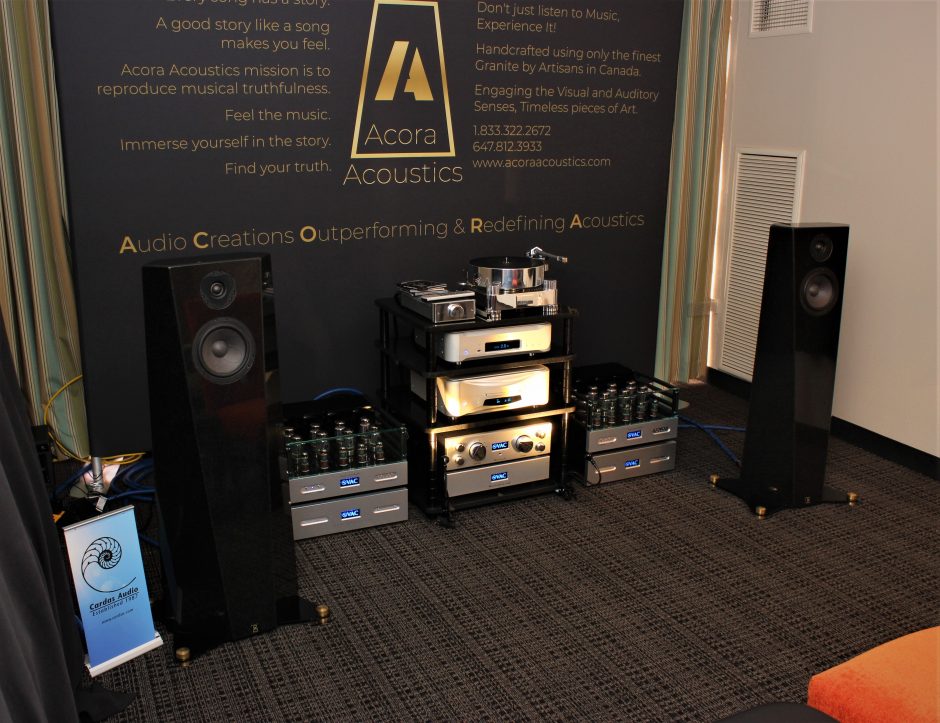 Acora Acoustics, maker of fantastic granite speakers from Canada, is certainly a rising star in the world of high-end audio. I’ve visited their room at three different shows, and each time I’m more impressed. At FLAX 2020, Valerio and Sheree Cora hosted two rooms (along with new Director of Sales and Marketing Scott Sefton) that featured two models of Acora Acoustics speakers–the small stand-mounted 2-way SRB ($15,000/pair) and the floorstanding 2-way SRC-1 ($28,000/pair). I enjoyed both rooms immensely, and for surprisingly different reasons. 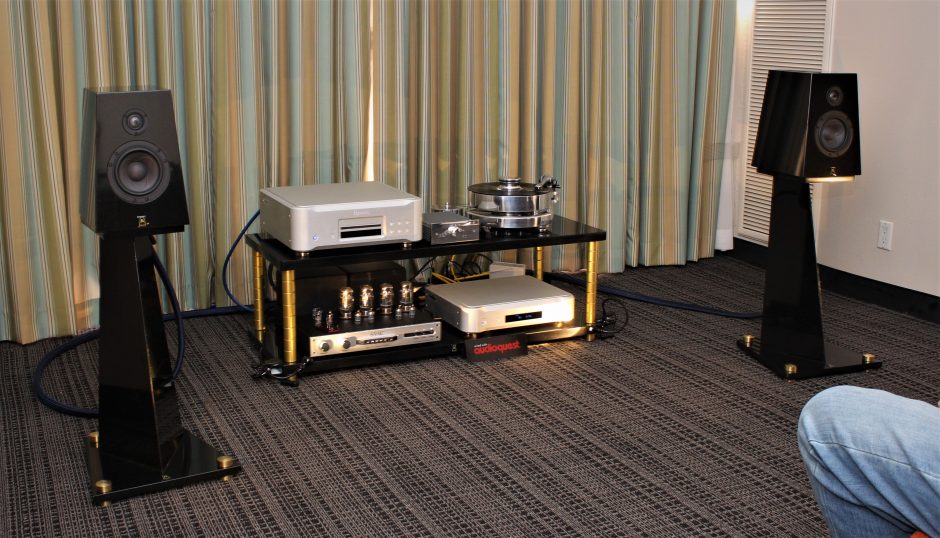 I first spent time in the Acora Acoustics SRC-1 room, which also included VAC amplification, Esoteric digital sources, a Transrotor turntable and Cardas Audio Clear Beyond cable. I was also pleased to find Tom Vu’s Triangle Art cartridges in the systems. Valerio played two tracks in a row that were genuinely and deeply moving–the title track from contrabassist Gary Karr’s Albinoni D’Adagio and “St. James Infirmary” from Satchmo Plays King Oliver. The emotional connection was so direct and overwhelming, I told Valerio that it almost made me cry. He then told me that the gentleman sitting in front of me was, in fact, actually crying during the performance. 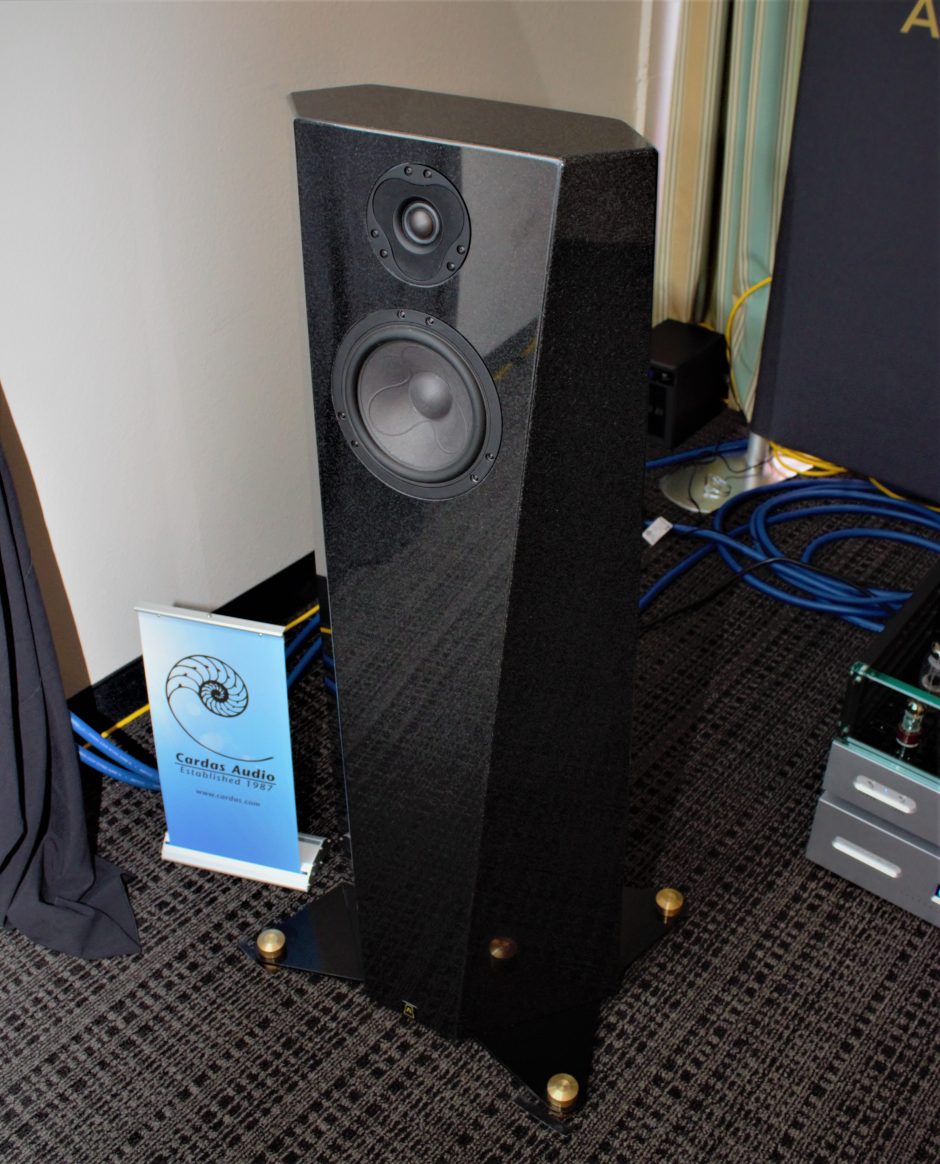 In the Acora Acoustics SRB room, I expected excellence but perhaps at a less ambitious level. No dice. The sound of the SRBs was nearly counter-intuitive compared to the much larger SRC-1s–the sound was punchy, dynamic and the bass was simply fantastic for a pair of small two-way monitors, albeit ones that weigh nearly 60 pounds each. (The SRC-1s weigh 246 pounds each, so it seems like a drop in the bucket in comparison.) The SRB system featured slightly more modest products from Transrotor, VAC and Esoteric, with cabling from AudioQuest. The SRBs were also placed on the optional Acora Acoustics SRS granite stands, which probably are mandatory–trust me, I’ve tried to place heavy monitors on so-called audiophile stands, and it’s a precarious situation at best. 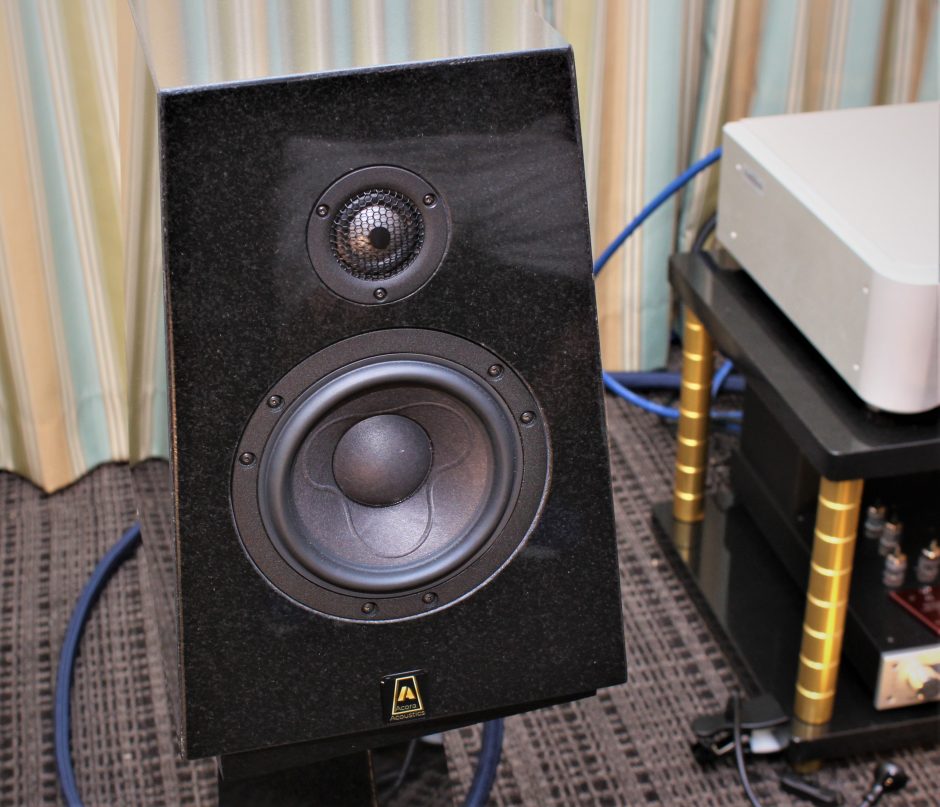 I’ve been talking to Valerio and Sheree–who are incredibly nice folks, by the way–about getting a pair of the SRBs in for review sometime this year. I may drive up to Toronto so I can see the Acora Acoustics factory in action. (Remember “cutters” from Breaking Away?) That road trip might be another excuse to pick up some Cuban cigars, but I look forward to visiting with the Coras. And when I come home and listen to the SRBs, I might just squirt out a few tears in the privacy of my own listening room–not that I’d ever admit such a thing. 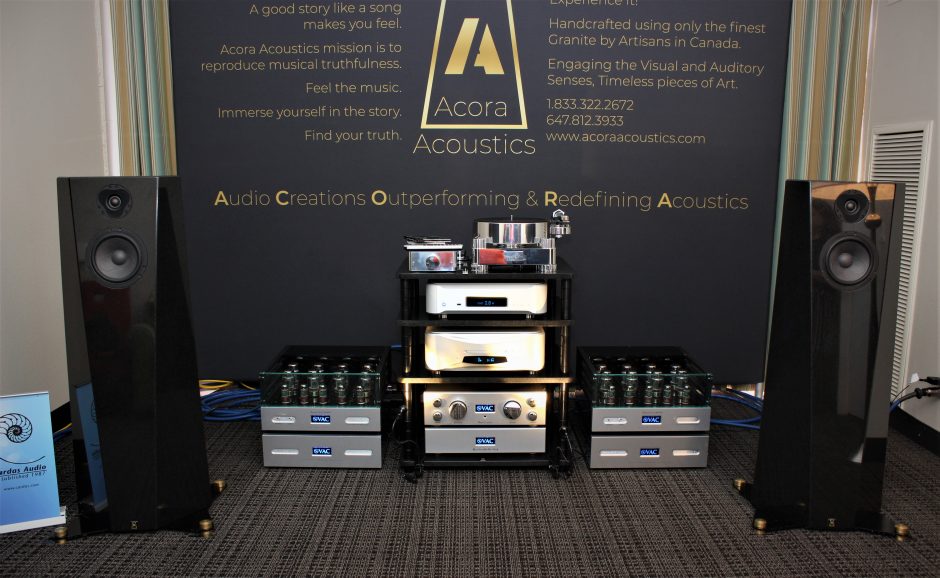 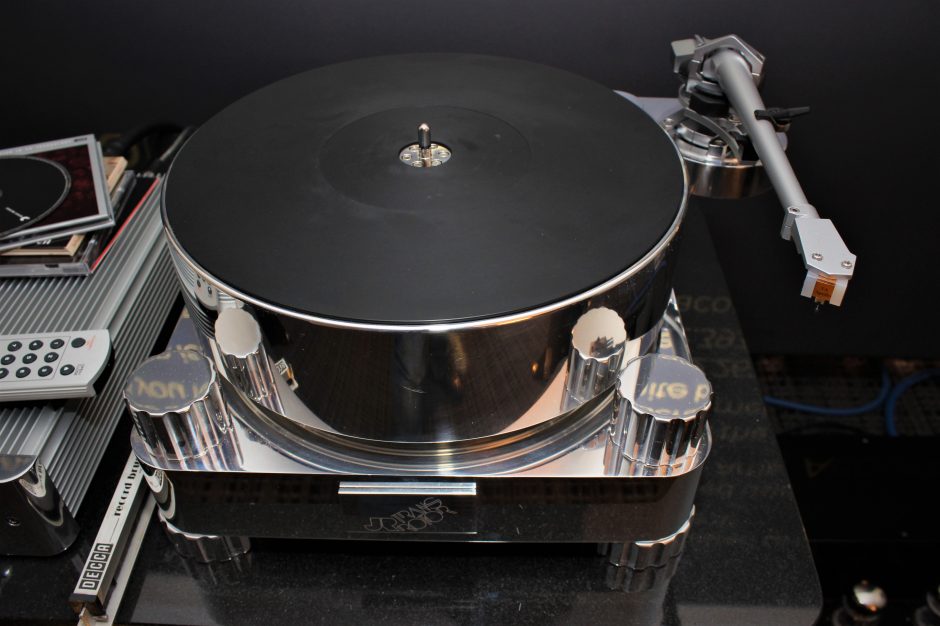 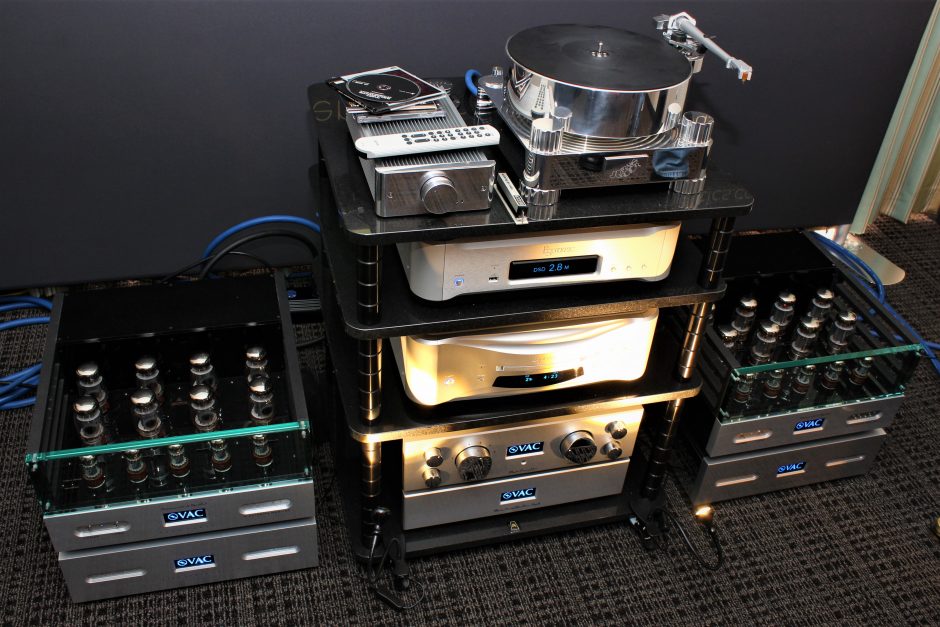 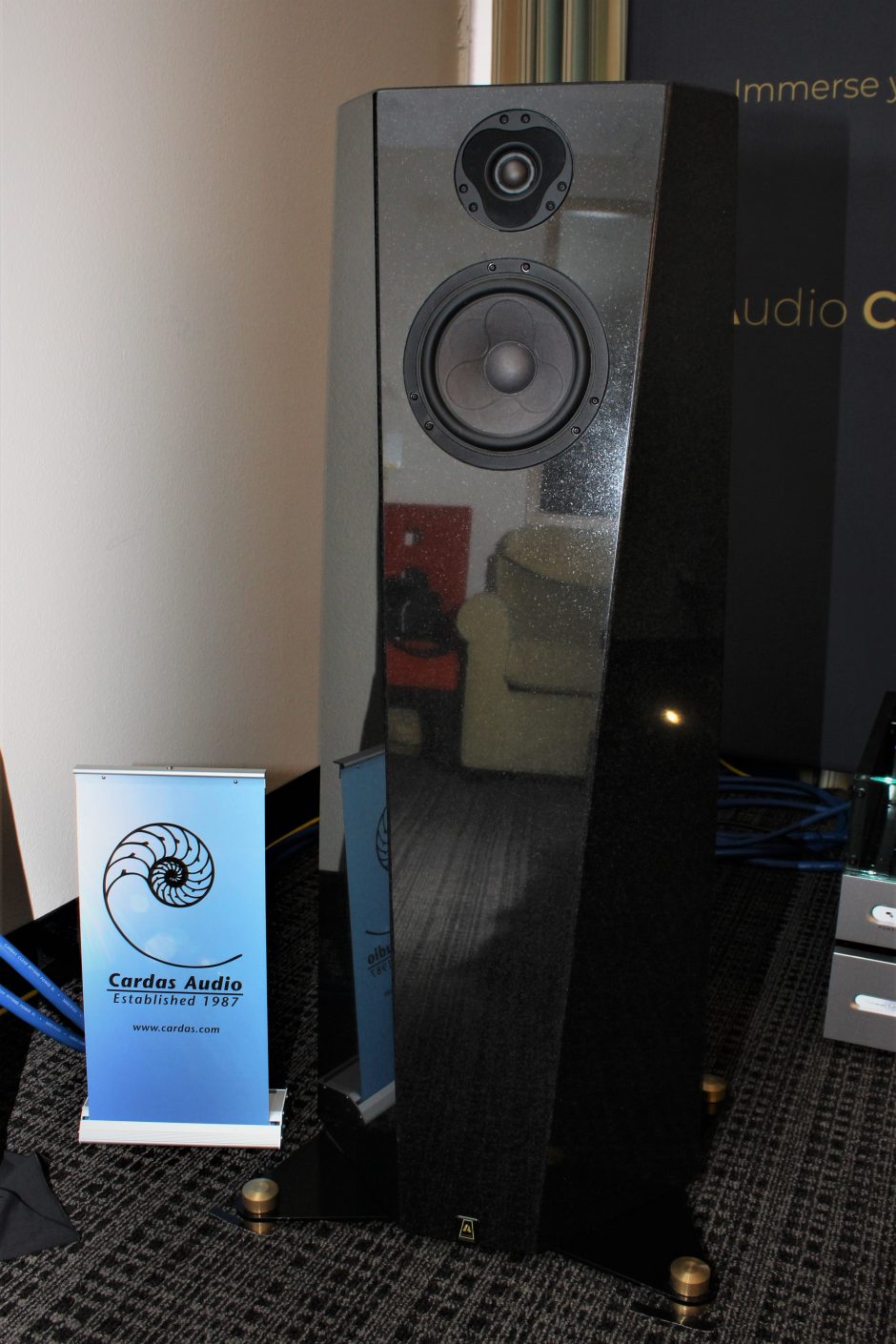 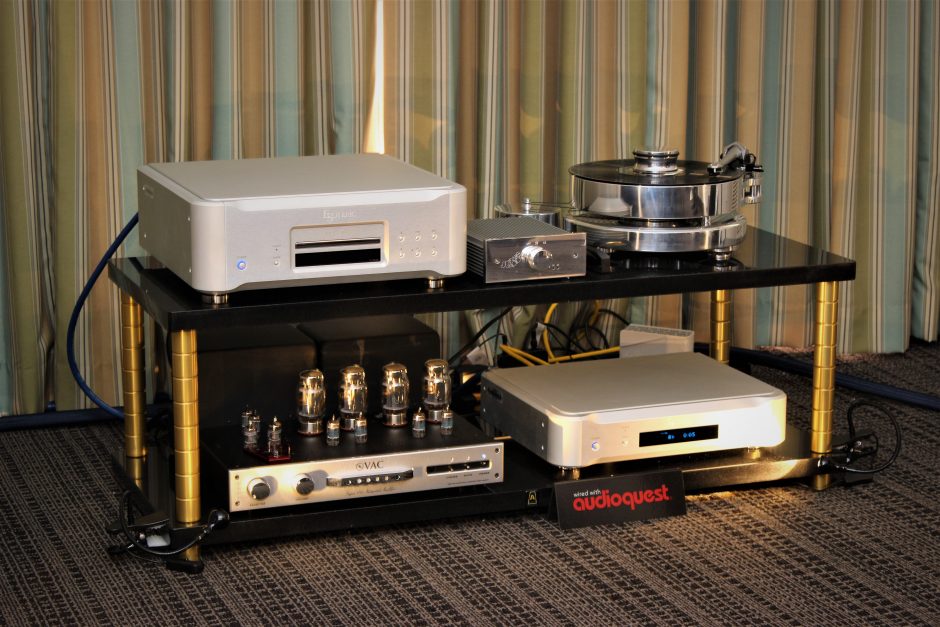 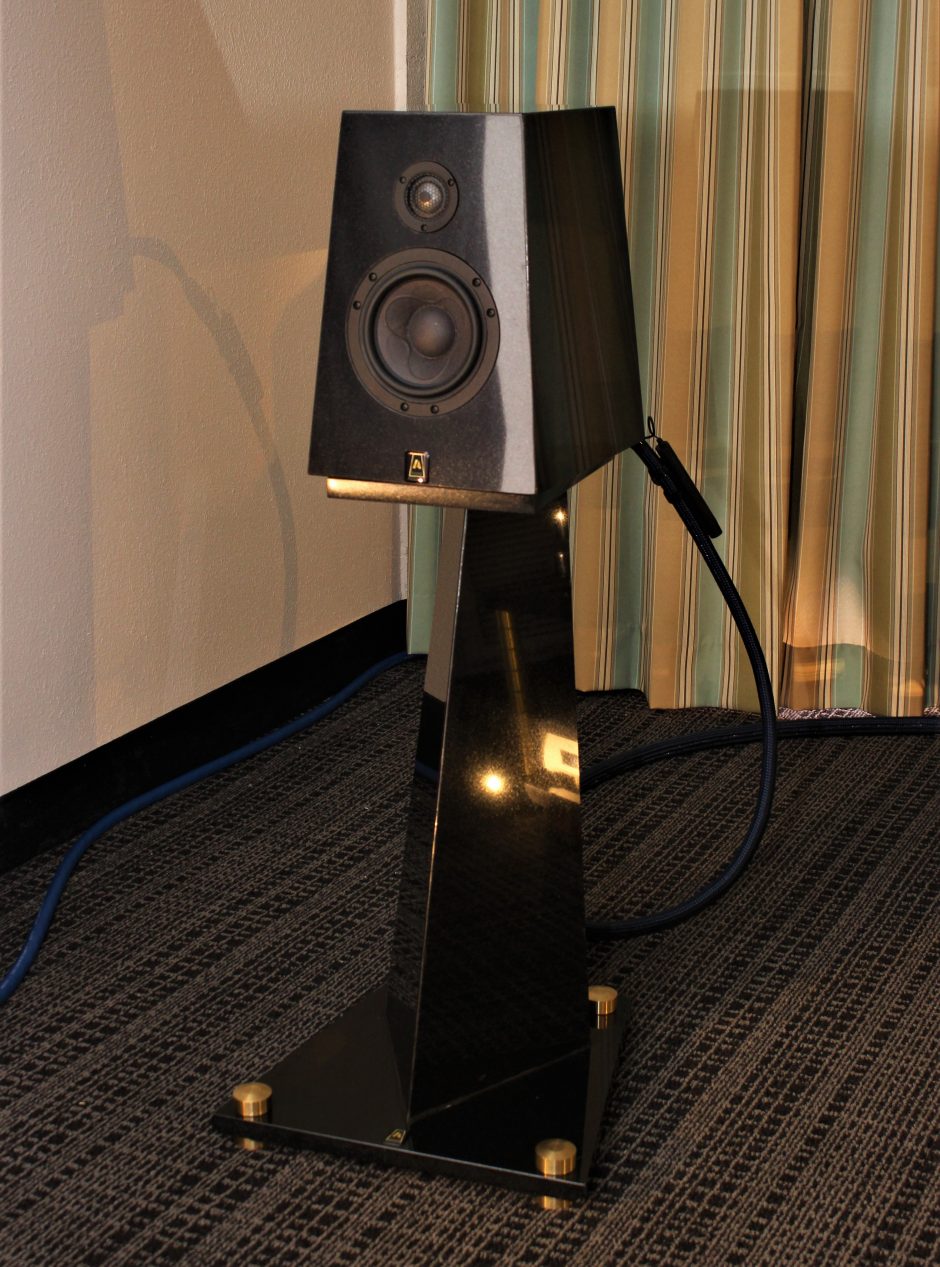 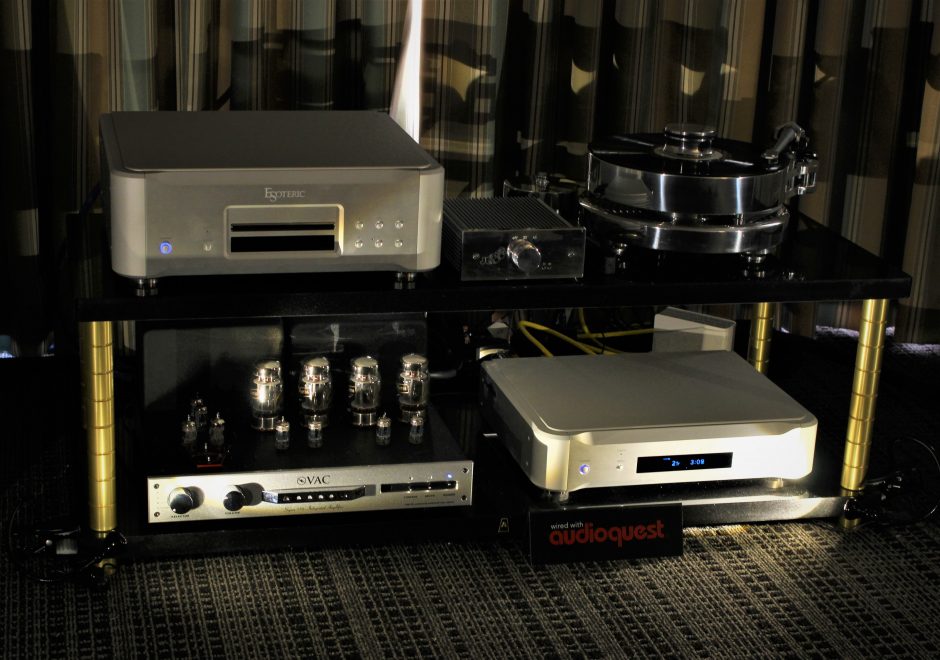 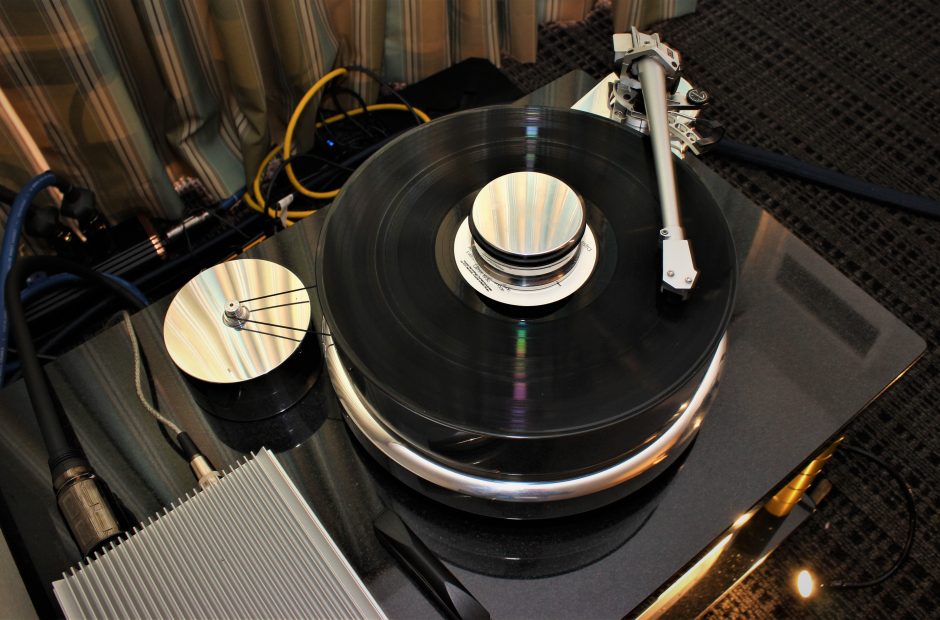 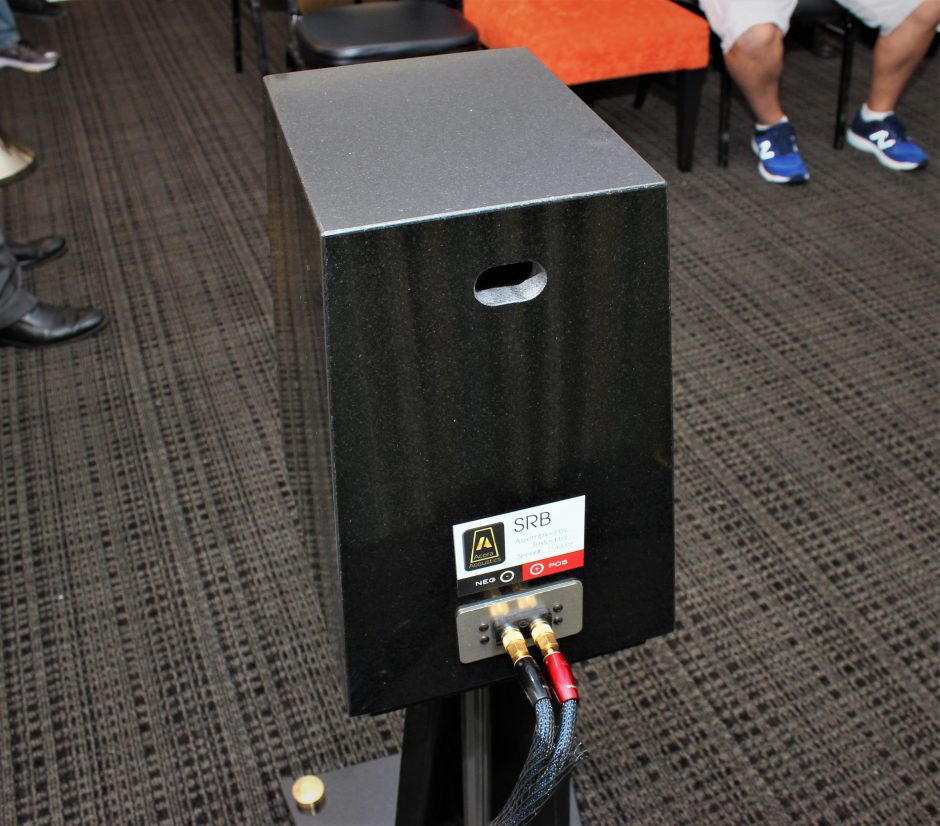 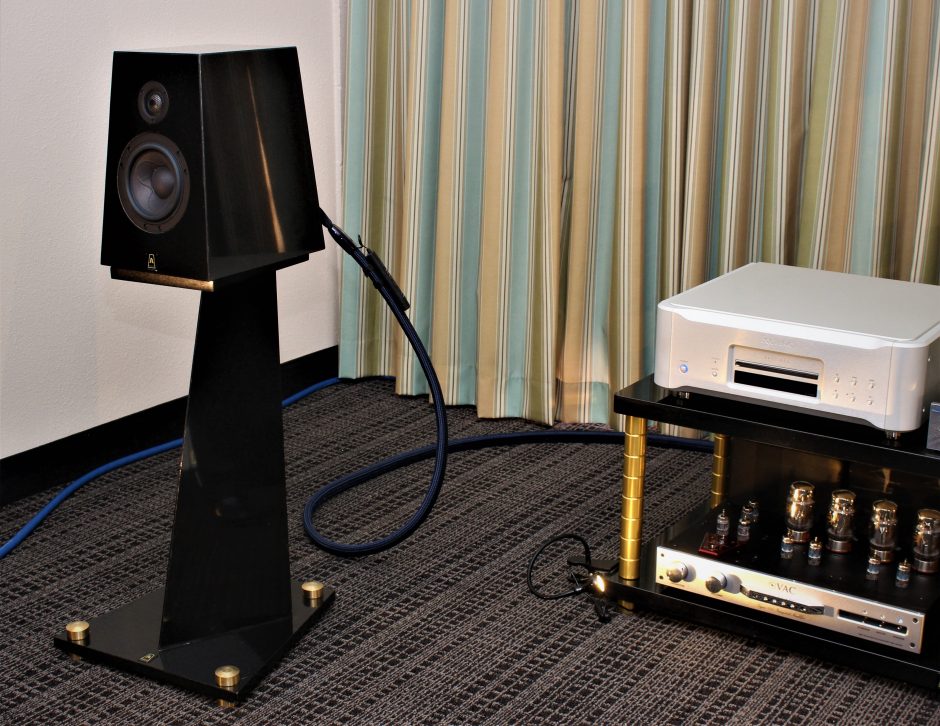 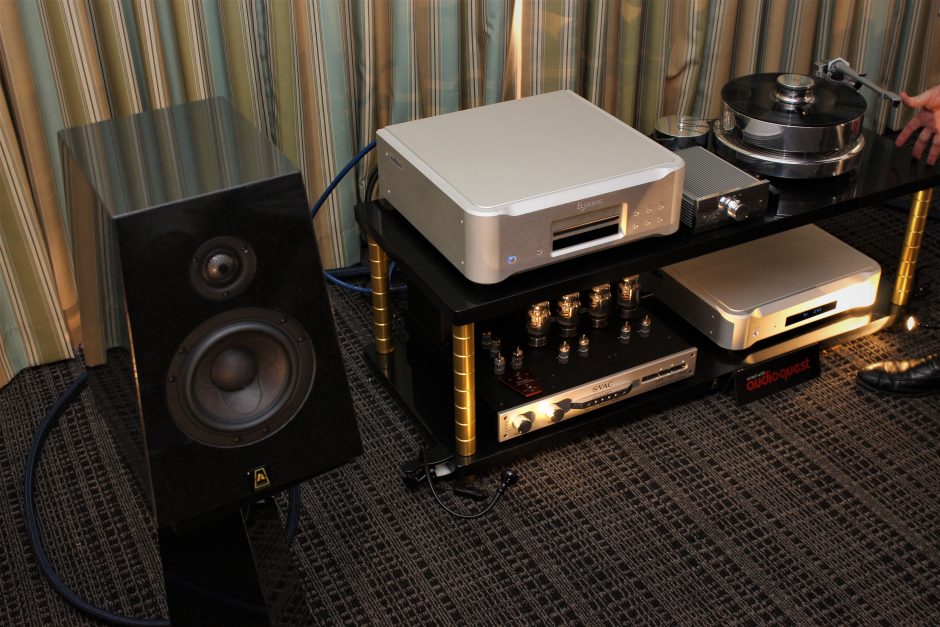 RMAF 2016: Vandersteen Doubles Down on Bass

Audio-show exhibitors love keeping the lights low. It creates a moody, exotic atmosphere. But for aging scribes like myself, it also presents challenges. The way I do not want to make an entrance is by […]

I ran into Scot Hull in one of the exhibit rooms at the 2019 Rocky Mountain Audio Fest, and he leaned in slightly and told me that I needed to get to the Wavelength Audio […]

Gordon Rankin of Wavelength Audio continues to be innovative and a much sought-after designer.  This year’s Wavelength room at RMAF was sublime.  There were two big news items but I want to talk to one […]