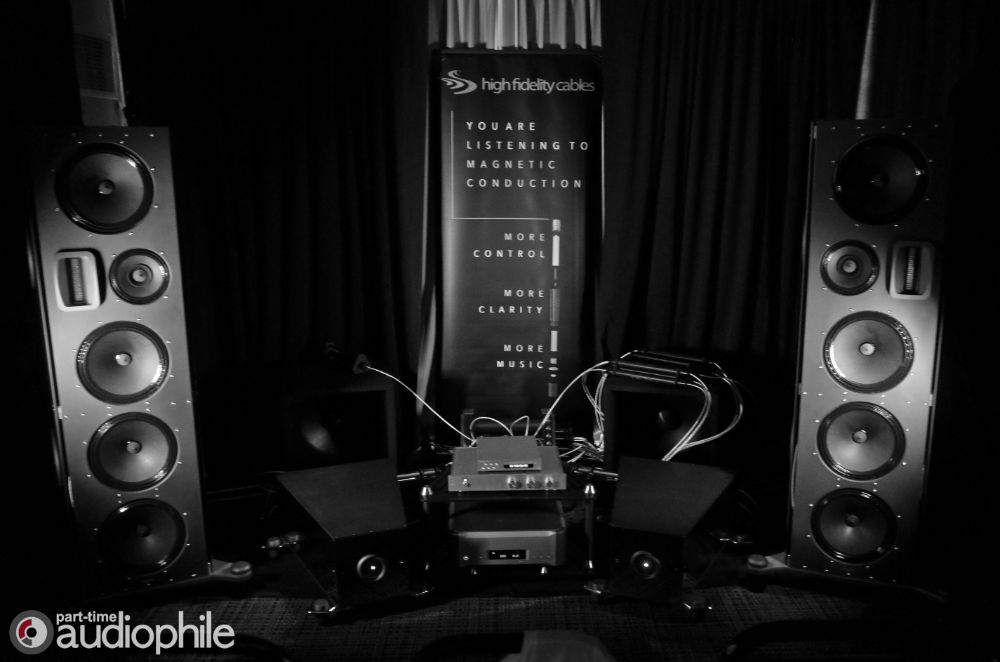 TAMPA, FL (PTA) — This is a story of restraint. High Fidelity Cables, Bafflex Loudspeakers, Luminance Audio, and Esoteric put together an exhibit room that baffles the mind (pun intended) and wowed the senses at the same time. 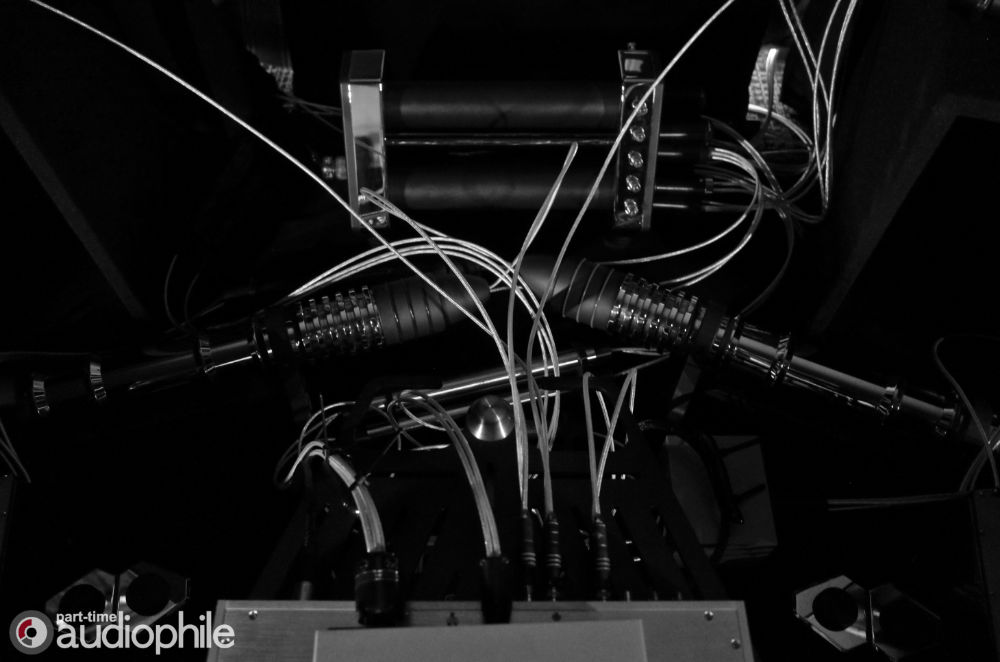 Despite not feeling overly cramped in any of the other exhibit rooms, this was the first time that dreadful claustrophobic audio show feeling reared its ugly head. “There’s just not enough room in this room.” I exclaimed to the boys who were shadowing me for the last few hours of Saturday. What went unmentioned is the lack of light. Yes there were a few spots, aimed at specific business areas of the hulking open-baffle Bafflex loudspeakers, which subtly washed across a next of cables and components strewn about the floor. Unsettling as the setting much reminded me of Ridley Scott’s 1979 film Alien, or Jame Cameron’s 1986 film Aliens — take your pick. 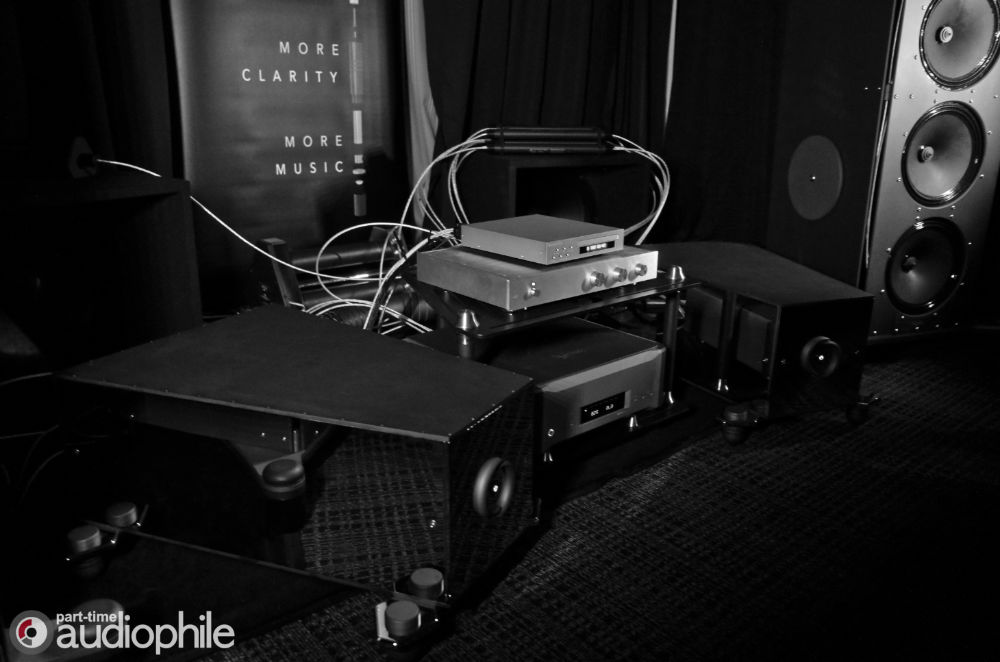 First let’s talk about the large amplifiers on the floor, these are from a company that shares a partner with High Fidelity Cables, it’s Luminance Audio and the company was formed in 2004 by Mike Tseng, Steve Keiser and Rick Schultz. The company story is pretty much about the men who founded it. Steve Keiser is the chief engineer and designer at Luminance Audio. He has been in the audio industry since 1981 when he co-founded B & K Components. He was responsible for the design of the legendary ST-140 power amplifier. Rick Schultz (also of High Fidelity Cables) is a well known figure in the high end audio industry, having founded multiple companies. His inventions include ‘Speed of Light’ and ‘Magentic Conduction’ technology that is now patented and used by many manufacturers. Mike Tseng is the heart and soul of Luminance Audio. He is the proud father of pianist and music educator Cindy Tseng. He has been an audiophile enthusiast for many years and is the main ears behind the Luminance product range. Not much can I report on the large monoblocks specifically as there was little to no (maybe I missed it in the dark) information available at the show about them. 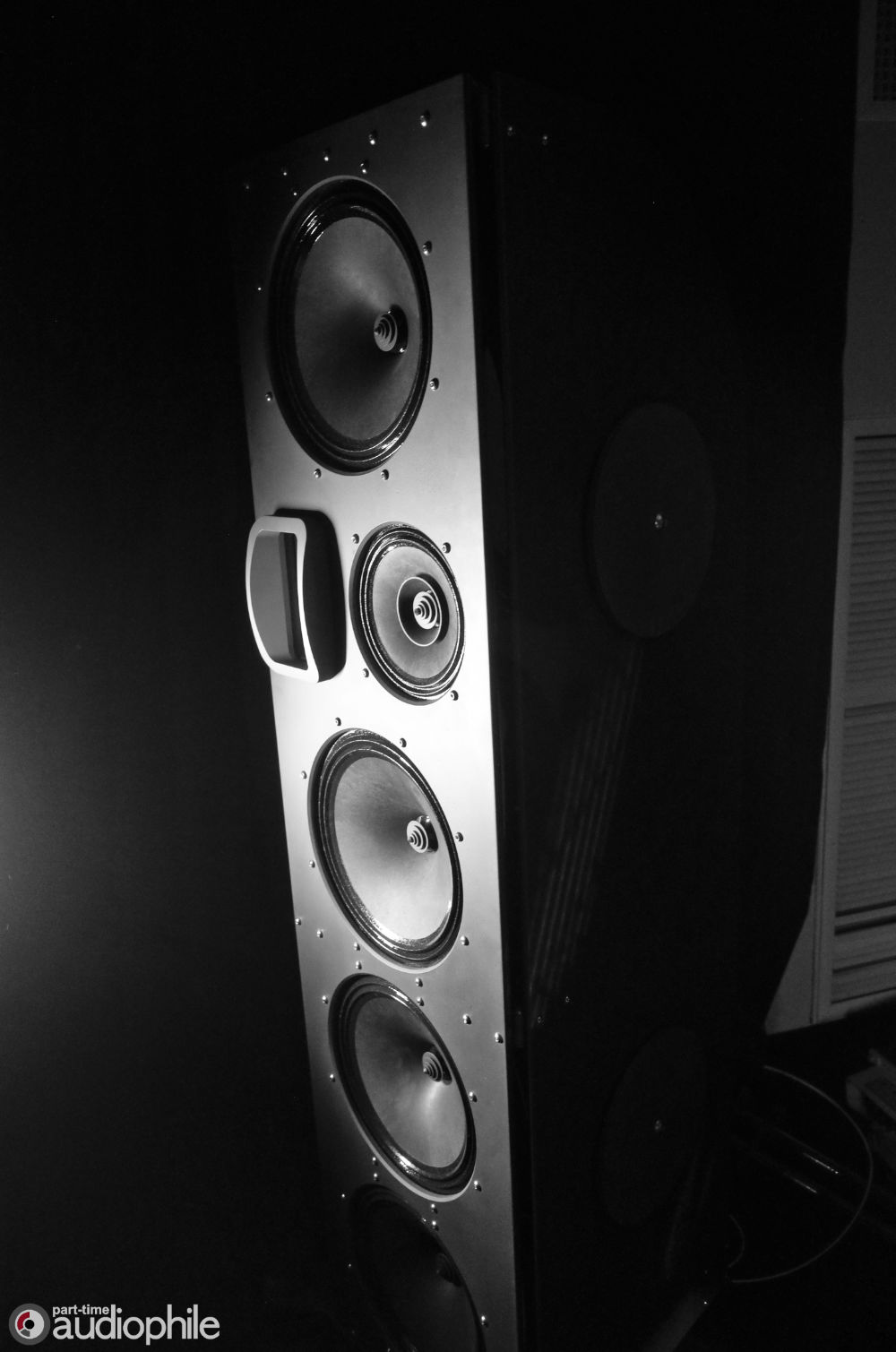 About the speakers then, the main principle behind the Bafflex Loudspeaker is its flexible open baffle design. This flexibility allows for a great deal of options in room placement and sound characteristics. It also can be used to help overcome the acoustic problems found in oddly shaped rooms, by adjusting the side panels individually on each speaker to compensate for room anomalies. 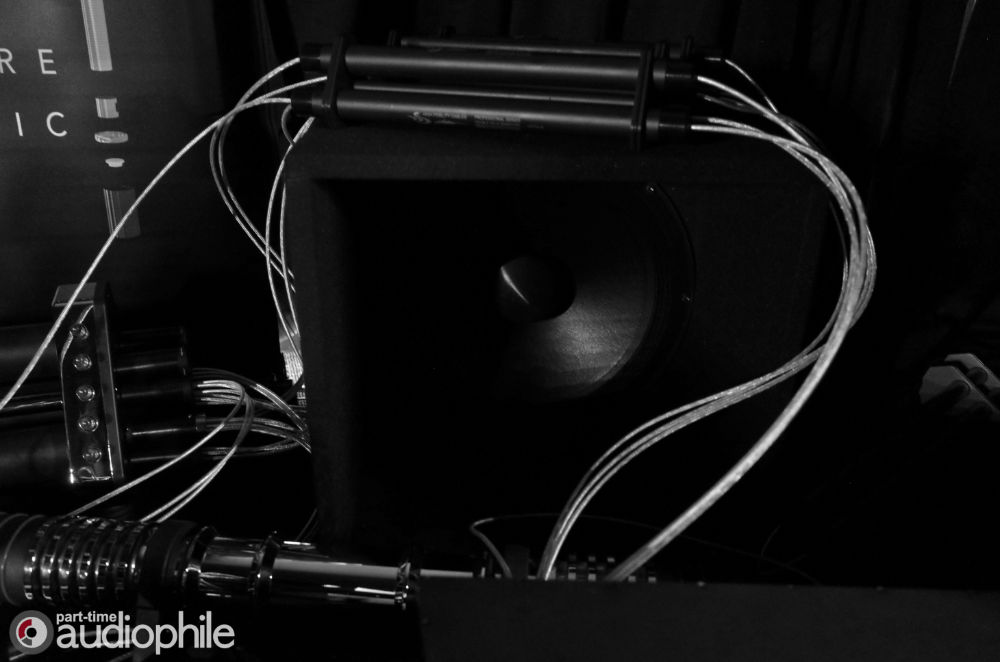 The Bafflex speakers utilize 4 12-inch full range drivers made by Audio Nirvana, and can be ordered with different types of magnetic material, like Alnico. In addition to the 12-inch drivers, a single 8-inch full range driver (one per loudspeaker) is also utilized to help emphasize midrange frequencies. Each one of these drivers is mounted with Bafflex’s patented Surreal Acoustic Lens. The lens is a unique device that helps with disbursement axis and clarity. Finally, a ribbon tweeter manufactured by Arum Cantus is used for high-frequency dispersion and reaches up to 40Khz. 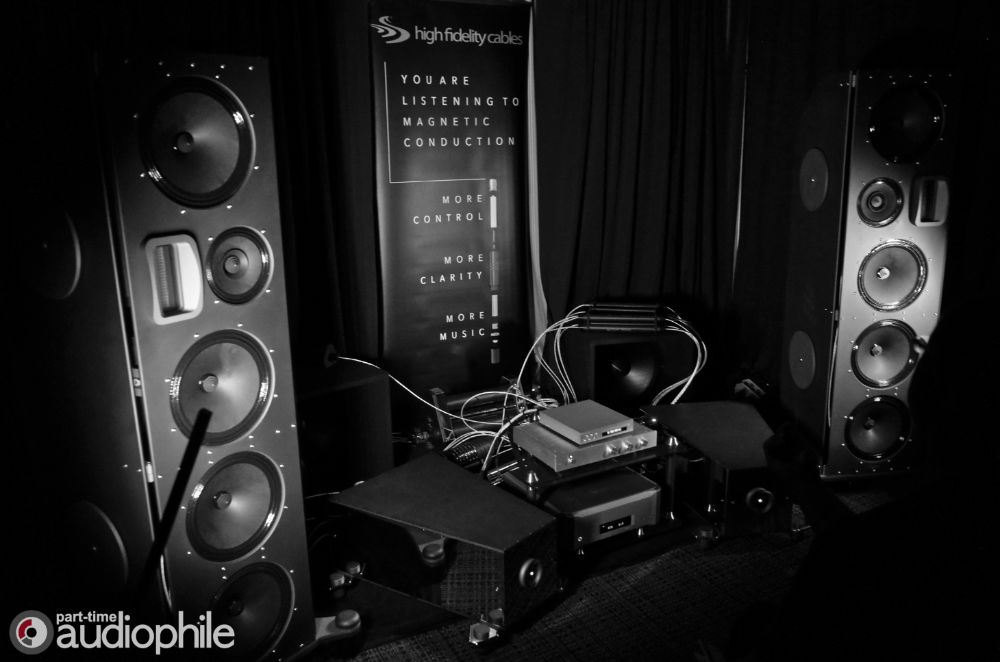 Overall the room was the main issue, because of our limited seating distance and the clear acoustic shortcomings of the hotel, there isn’t much I can report on from the aspect of bass. Had the room been larger, this system clearly was built to rock and impress. As for everything above 150hz, the sound was quite good. The 8-inch driver worked as advertised and the high frequencies played with poise and focus. Being a fan of open-baffle designs as I am, or maybe just one who doesn’t approach them with bias or prejudices, I really do expect to like the Bafflex loudspeakers in the next setting, albeit a bigger one.

Florida Audio Expo 2022—We’re back!!! TAMPA (PTA) — We’re back for 2022!!! Our own Senior Contributor, Dave McNair and Managing Editor, Eric Franklin Shook will be leading the charge, along with two new players (contributors) […]

It’s not intentional, but I’m afraid I am making a habit of keeping the Thrax Audio people from their dinner during major shows. I first heard the brand near the end of a day at […]