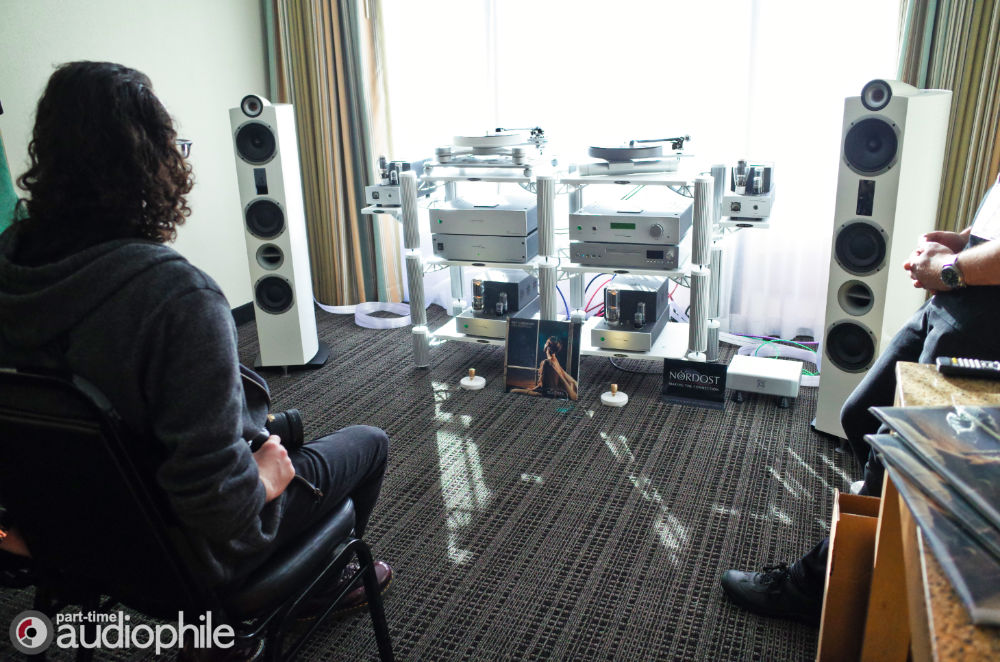 TAMPA, FL (PTA) — Frank Gazzo and the Antal Audio Group are the US importers for Tsakiridis Devices, Triangle, and Soulines. Which as a stable of component brands the trio brings forth a lot of value, beauty, and sound at reasonable hi-fi prices. Nordost supplied the cabling, and Jason Tavares of Adirondack Audio (Upstate NY) and HiFi Loft (NYC) supplied the good times. 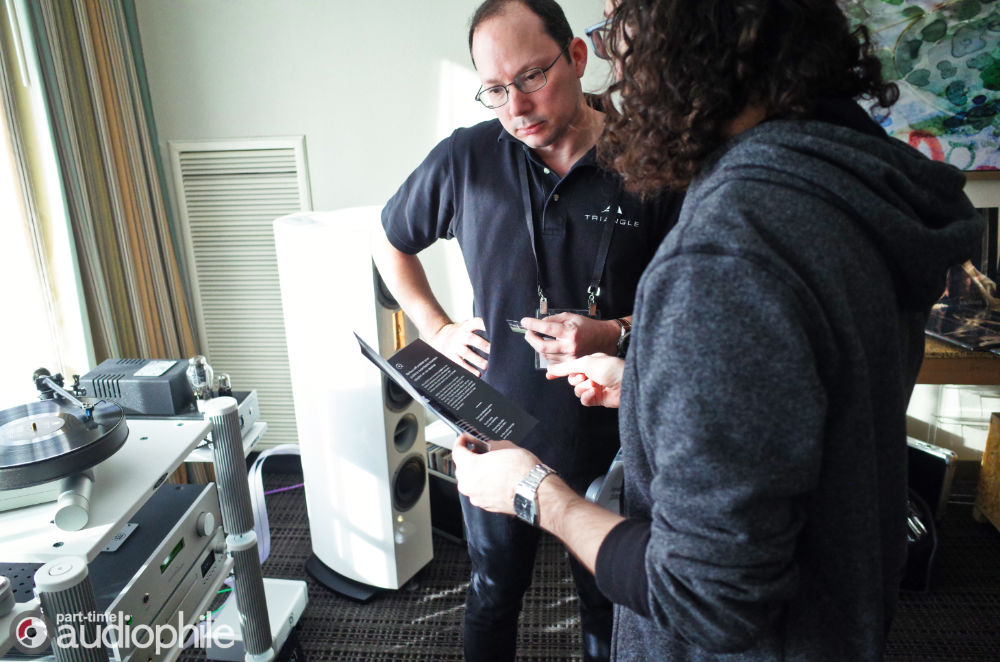 We all know Triangle loudspeakers well, they’re gorgeous looking, sounding, and won’t break the bank compared to other loudspeakers that offer comparative sonics and don’t even come close to the aesthetic designs and finishes. Nothing else on the market looks as high-end as Triangle loudspeakers for the money in my opinion, leave it to a French company with 35+ years of experience in hi-fi manufacturing to dole out lessons in what it means to have ‘culture’ through loudspeaker design.

For me the story here is Tsakiridis Devices superb sounding tube electronics that exude class and do everything right in their electronics lineup to satisfy the pickiest of shoppers. It’s a good product line, with good designs, and even better pricing.

Yes, the story is in the Tsakiridis monoblock amplifiers that were standing proud in the system. Yes, the system of tube line preamplifiers and phono stages was impressive in how they handles the sources, including the Soulines turntables, but for me it was the ability of the amplifiers to impart such power and richness of tone into the music that drew forward my focused attention. 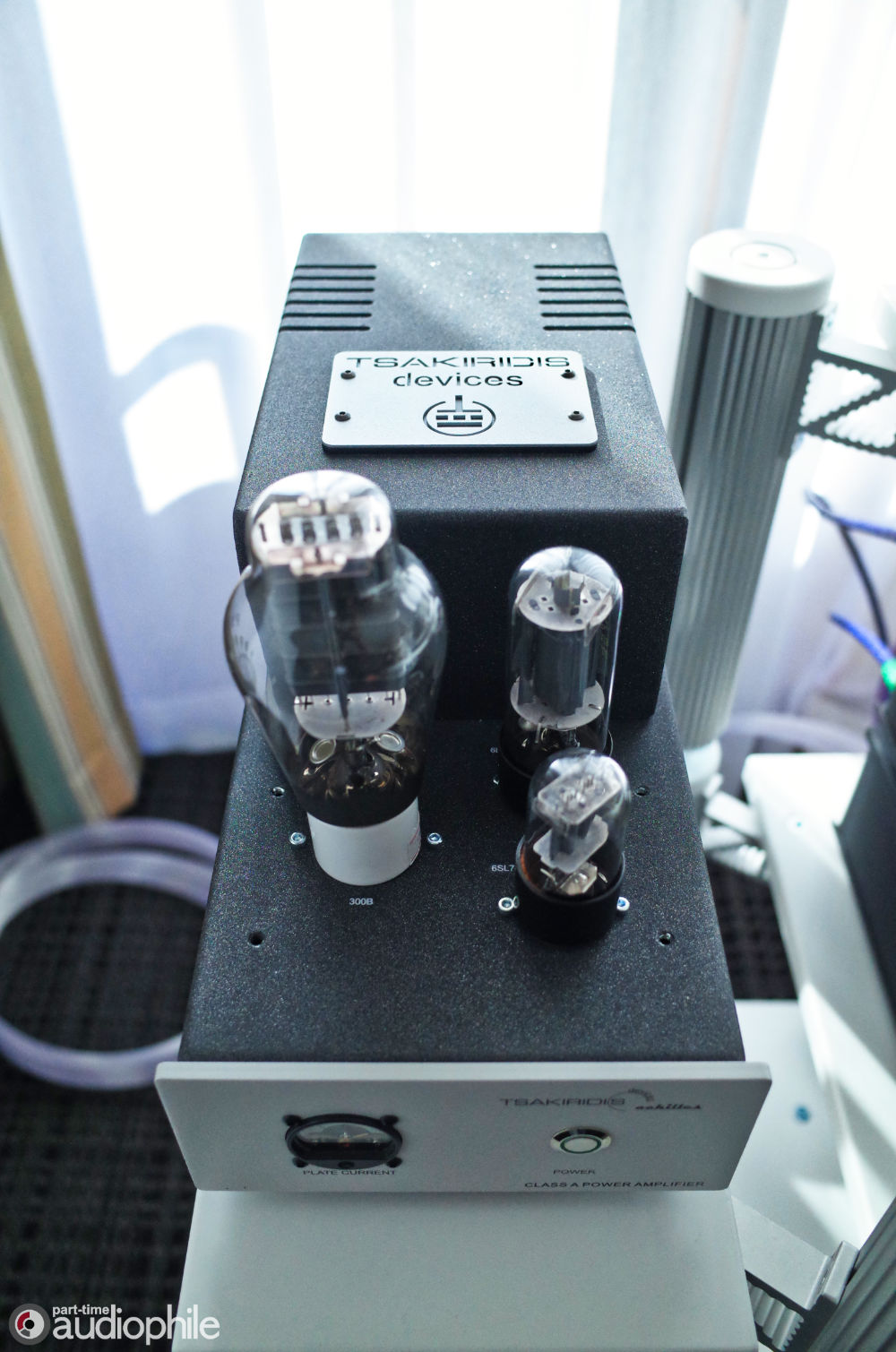 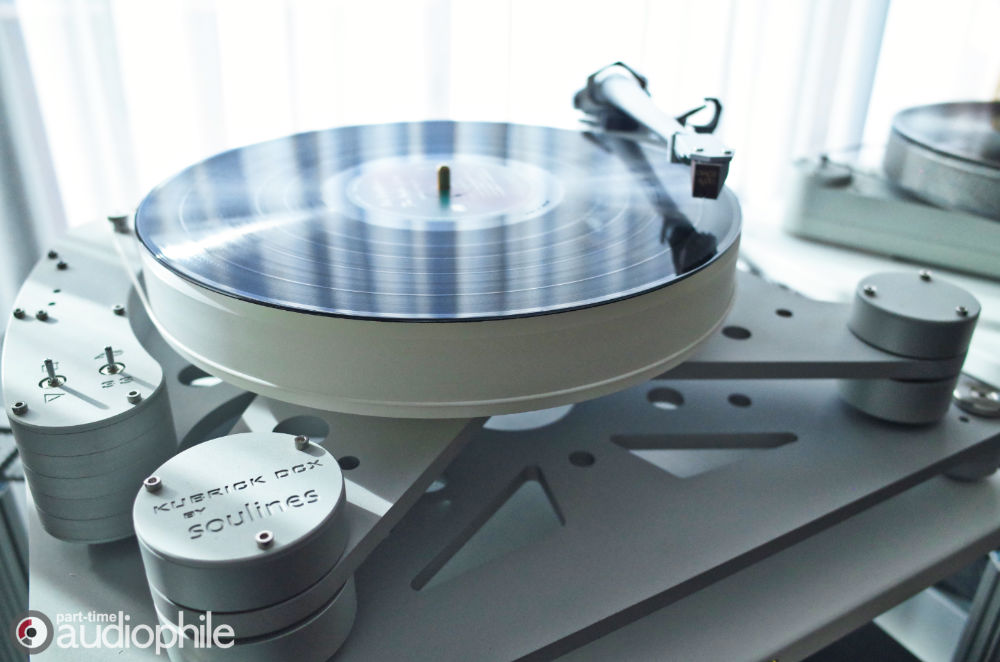 Also on active display, the Soulines Kubrick DCX turntable. If you had told me it had a retail price of $15K, I wouldn’t have scoffed at the price. When I was told it was only retailing for $4,600 (without tonearm) it took everything I had to hide my restrained guffaw. The Kubrick DCX features aluminum armboards for 9-inch SME, Rega / Origin Live / Audio Note, Jelco / Linn tonearms. 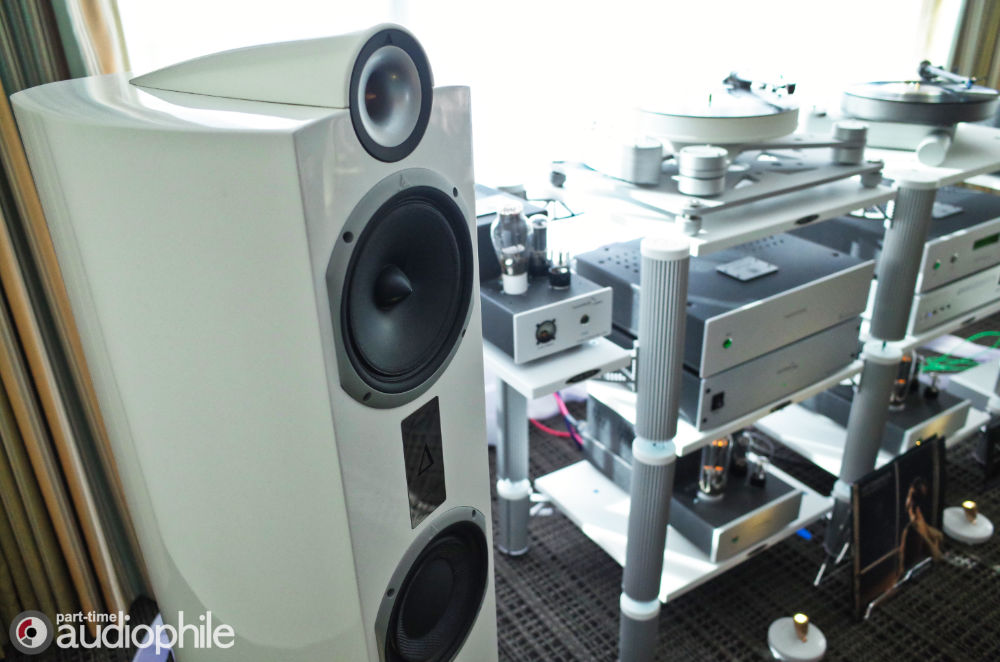 Can I just say it was really, really, good? And not just for the money. The combination works for me in producing a smooth and airy top-end with focused imaging and a tube driven soundstage that just stands up and throws away the room boundaries. These Tsakiridis low-wattage amplifiers played like anything but. It’s usually harder to say which products are the main contributors to the sound of system you’ve never heard before, and of which isn’t in your home, or having components swapped in and out for one another. But in this case, it was quite apparent that the Triangle loudspeakers were doing their part to expose how capable the small amplifiers were at producing music in a way that tickles the soul. 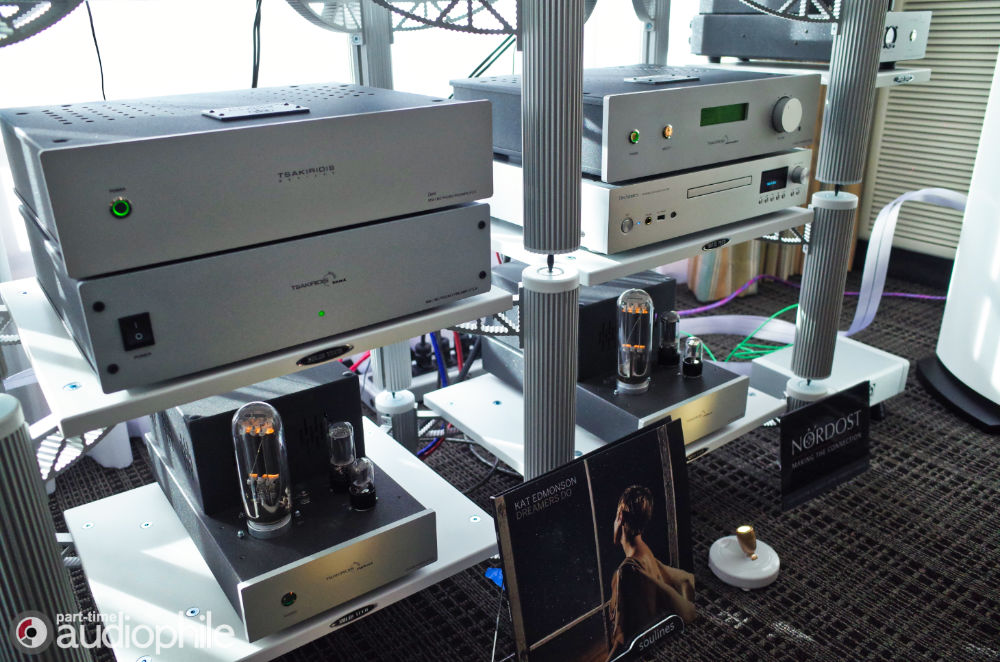 All cabling by Nordost

Like Bogie and Bacall, Batman and Robin or gin and tonic, PSB and NAD have been together for a long time. Both companies are now owned by the Canada-based Lenbrook Group, and many dealers carry […]

DENVER (PTA) — David Cope of Old Forge Marketing has recently attained the title and responsibility as the new American distributor for Luna Cables of Canada. We sat down for a few (relaxing) minutes at […]