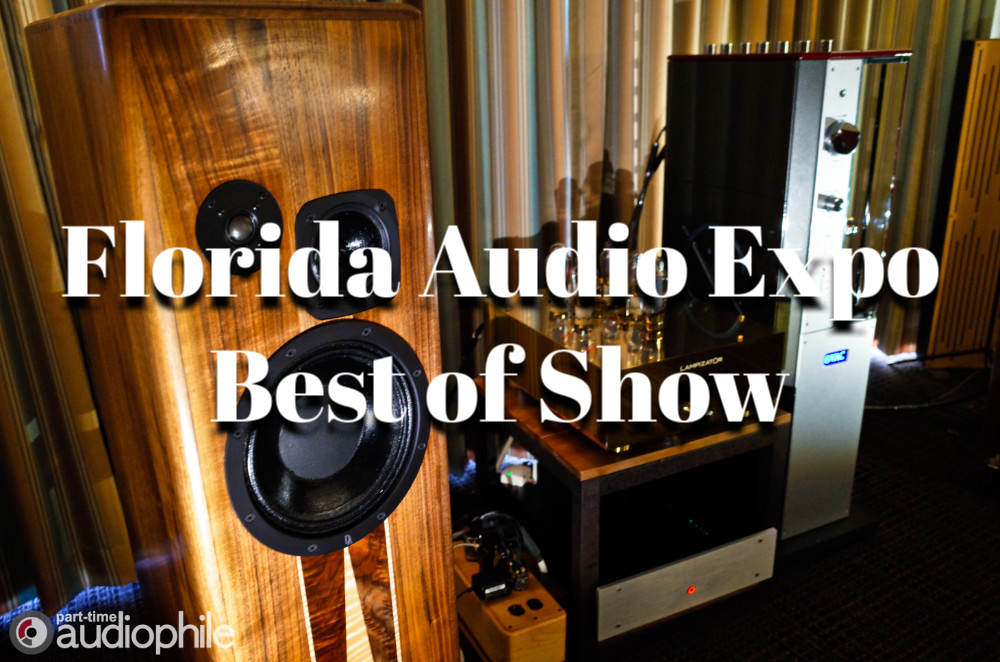 TAMPA, FL (PTA) — Back again, to tell it like it is. This year’s Florida Audio Expo delivered on all of the promises made in 2019. New for 2020: more exhibitors. For me that’s enough, as the guys and gals who put on the Florida Show have a great thing going. Attendee traffic at the 2020 show was abundant from all reports I’ve encountered.

What the Florida show also delivered was some of the best sounding rooms of the year, and yes I know 2020 is just beginning but I’m really speaking about the latter half of 2019. Quite a few of the rooms were outright excellent sounding, with a few brands really stepping up their game. Each of them setting a new high water mark for performance, strength, and beauty. 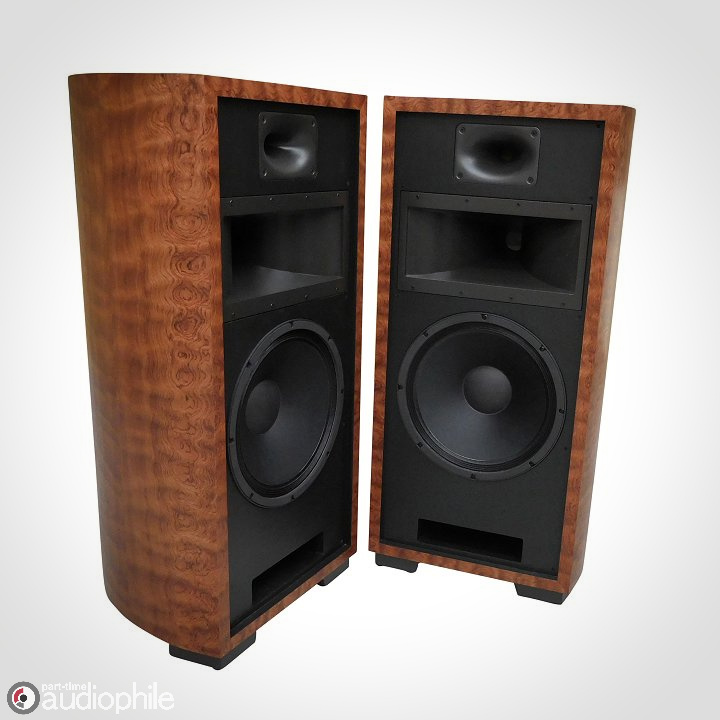 Volti Audio has been in business for ten years, and to mark that achievement they celebrate with the new Rival SE. Of course the design of the new Rival benefits from a decade of design and engineering experience, resulting in something truly special as it is beautiful. The pictures just don’t do them justice. The NEW Rival SE has curved sides of 1-inch thick Baltic Birch, the same material as the rest of the cabinet. — Read More HERE and HERE 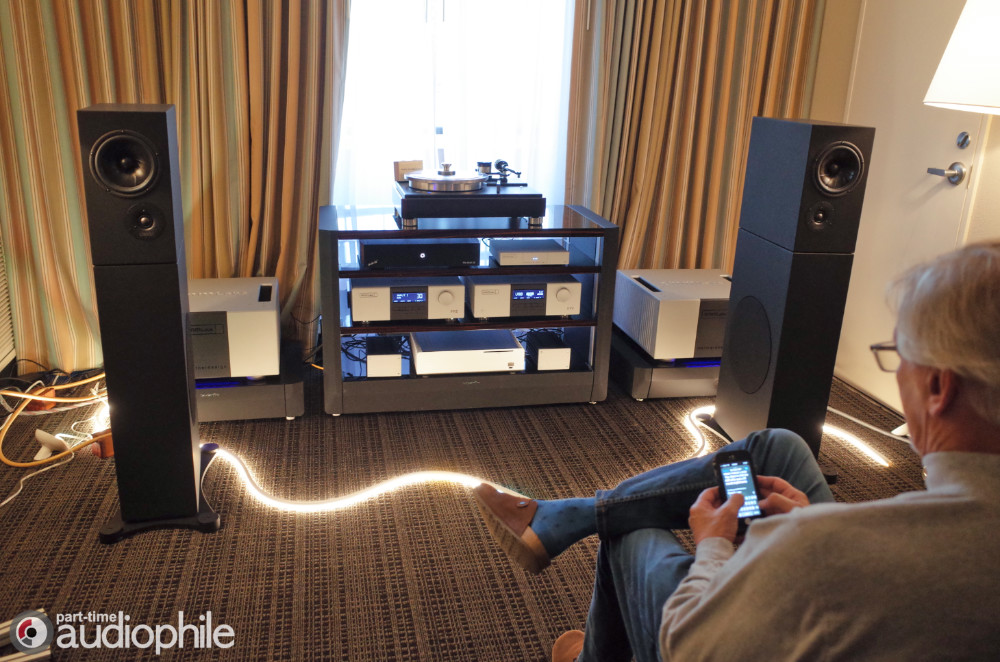 John McGurk has been on a whirlwind tour over the last year after launching his second company. John McGurk you may know as the driving force behind AudioSheild turntable dust-covers, but now he adds the distribution pin to his hat. AudioSheild Distribution is a US based distributor for Credo Audio (of Switzerland), EMM Labs / Meitner Audio (of Calgary, Canada), and co-distributor of van den Hul (of the Netherlands). — Read more HERE 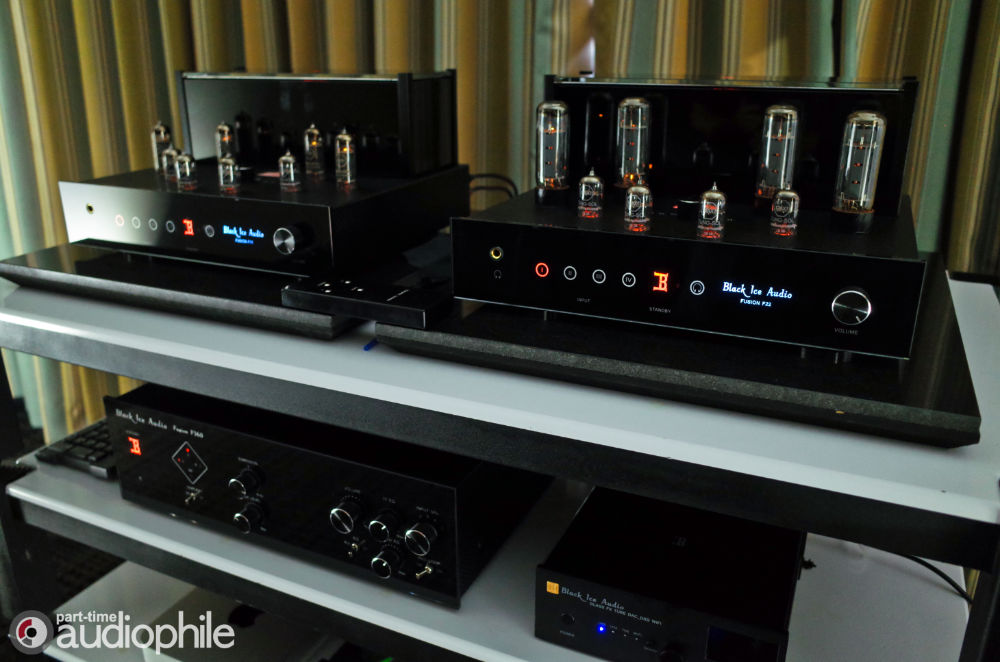 Continually showing one of the better sounding affordable rooms at audio shows, it’s Black Ice Audio which comes from the popular Jolida family of electronics and builds upon the designs of legendary electronics designer Jim Fosgate. Here in Tampa, the Black Ice Audio room was showing final production versions of two new amplifiers. Together they are the Fusion F11 integrated and Fusion F22 integrated. Donned with shiny knobs, glowing tubes, against a black glass and carbon fiber chassis, the new Black Ice Audio equipment sparkles in the dimly lit room. — Read more HERE 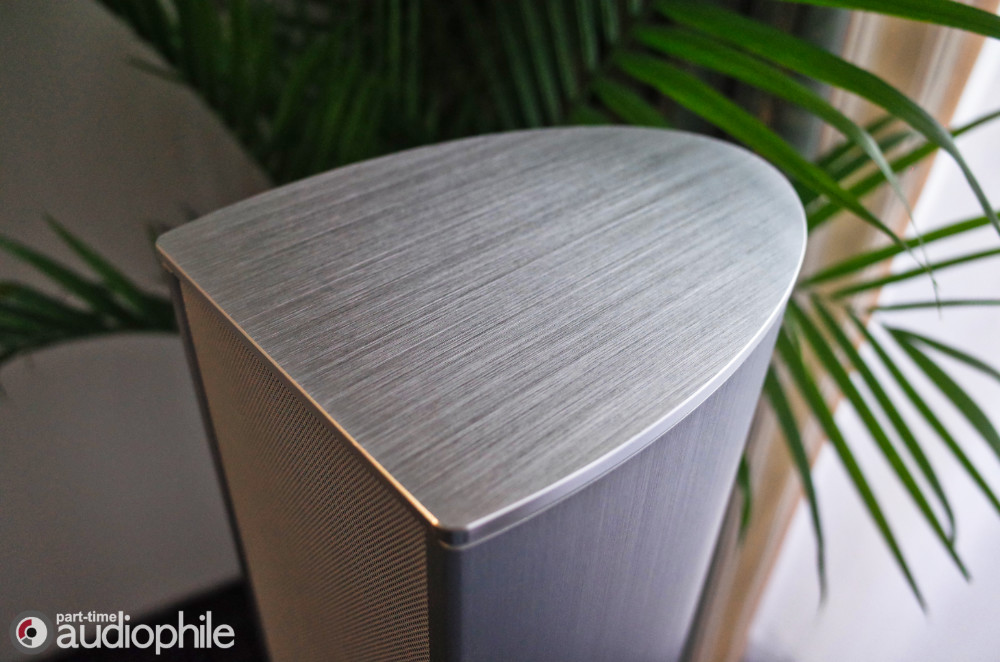 The Piega Premium Wireless 701 from Mofi Distribution is a knockout

On the hunt for streaming, the boys and I find ourselves sweet-talking Mofi Distribution’s Jonathan Derda for the streaming remote control. Little does he know, we have an urge to stream metal via Piega‘s wireless metal speakers. The Premium Wireless 701 loudspeakers are metal enclosure, completely active, with built in 200-watt amplifiers. Each loudspeaker is connected to wall power, and controlled by a Piega Connect device that wirelessly transmits audio signals to the wireless towers. The Piega Connect has a litany of digital and analog inputs, along with Bluetooth. Output wise it’s three channels of signal transmission sending the audio data to the towers. — Read more HERE

The Best of Show

This could be thought of as a walk away win for Piega and Mofi at the Florida Audio Expo, due to the fact that there weren’t many exhibitors with similarly outfitted products. But don’t be fooled, even as Axpona is just around the corner, I don’t foresee any changes in my opinion anytime soon. — Read more HERE 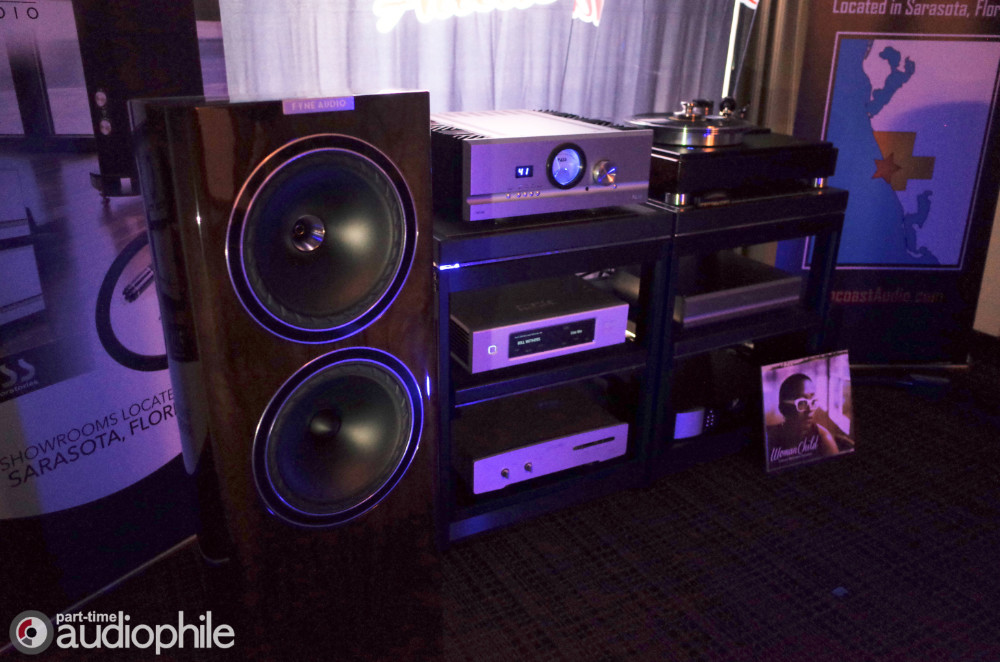 Even though Fyne Audio of Scotland has been available in the UK and Europe for some time now, they’ve more recently made a considerable splash in the US market with new dealers popping up like mushrooms. Consensus among my associates and friends at the show was quite favorable of Fyne Audio for being both a good value and delivering a crowd pleasing sound. — Read more HERE 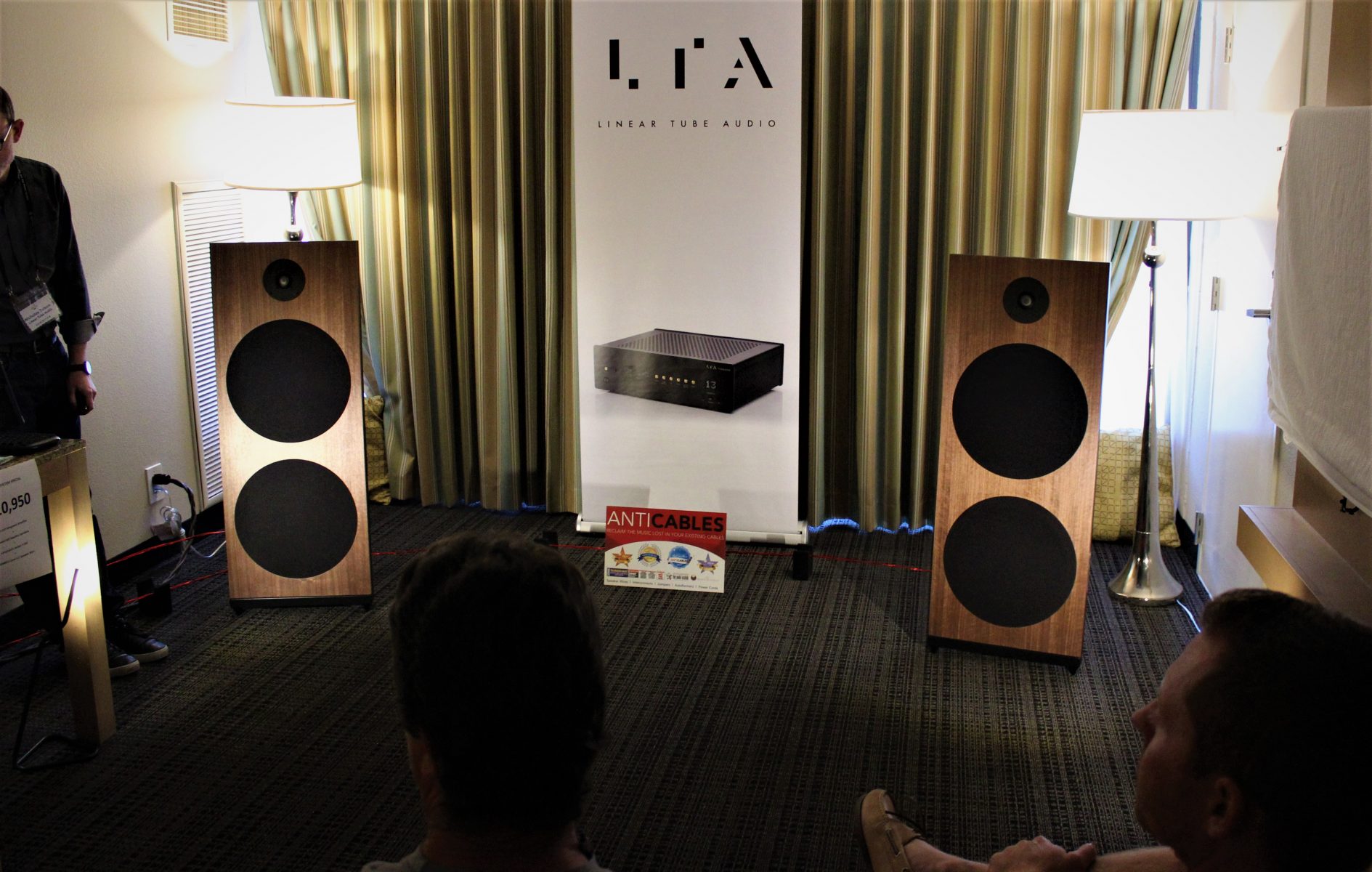 It’s true. For just a tick over $10K USD, you can have one of the best sounding systems we’ve encountered over the last three audio shows. The high-efficiency Spatial Audio M3 Sapphire loudspeakers dance well with the low-power LTA Z10 Integrated and the LampizatOr Amber 3 DAC. It’s everything you look for in a fun and precise system, that checks all of the audiophile boxes. — Read more HERE 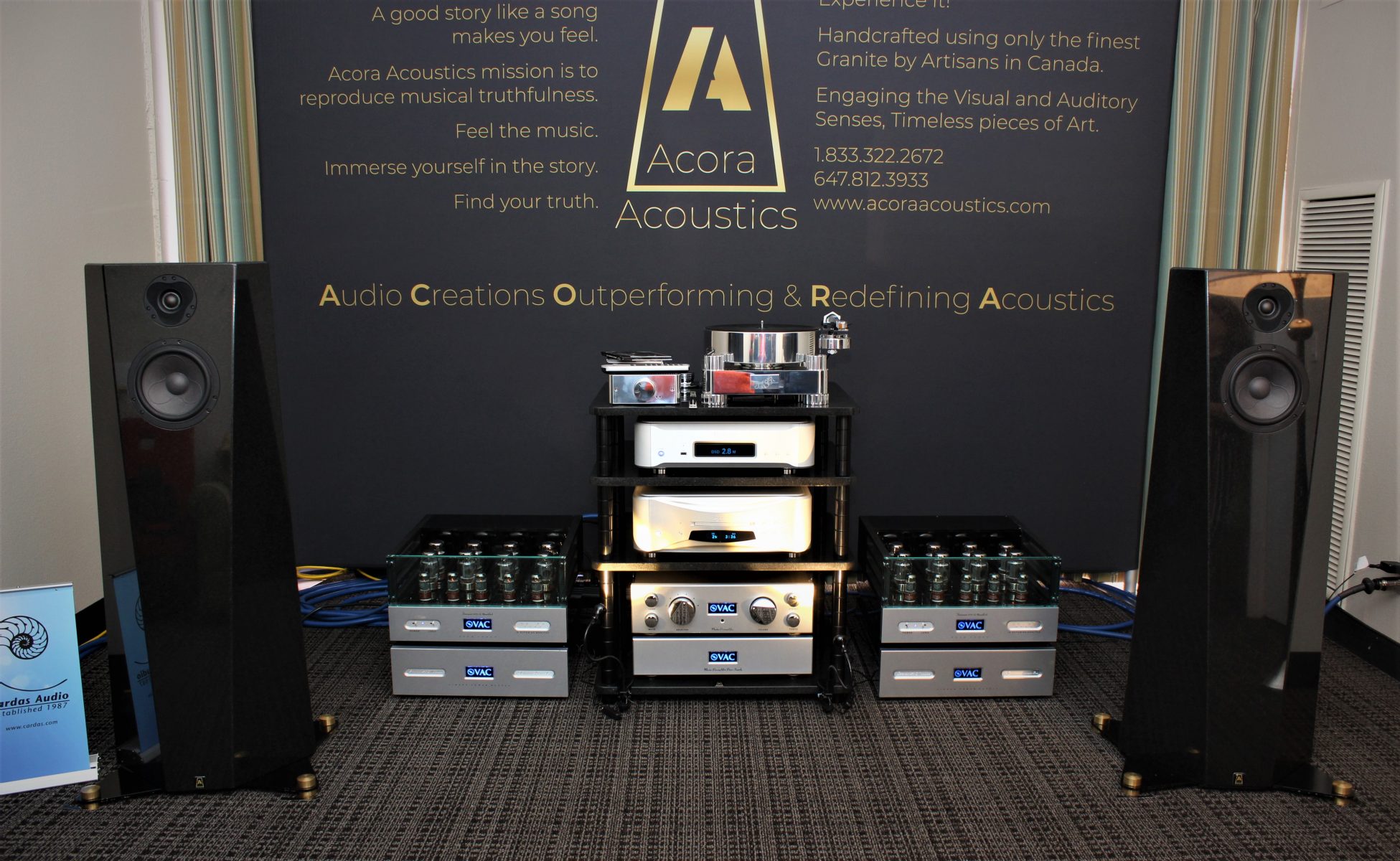 Someone made a loudspeaker out of granite, and it sounds awesome. Sonically I can’t rave enough about what I hear in these loudspeakers from Acora Acoustics. Every show I’ve been lucky enough to draw their coverage assignment has blessed me with something new to add to my collection of evidence that supports the case I want to make for their sound. It’s as perfect as a loudspeaker can be. Sure there might be some personal tastes that other listeners enjoy like cabinet resonances, different styles of enclosures or room loading. Maybe even some types of distortion or tuning that you enjoy or something that particularly aims to be less than or different from perfect. But if perfect is your thing, you absolutely owe it to yourself to consider the Acora Acoustics line of loudspeakers. — Read more HERE

The Best Amplifiers – all of the Valve Amplification Company (VAC)

VAC amplification was in nearly every one of the best sounding rooms at the Florida Audio Expo, and it wasn’t even close. The existing product line is truly great stuff, but the new products from VAC really are remarkable pieces that occupy the state of the art with emphasis on the art.

Most remarkable, I’ve heard all of the Daedalus Audio Apollo series loudspeakers before. Bigger and not so bigger. This being the smallest, I didn’t expect this to be one of the best Apollo or Daedalus experiences I’ve ever had. New heights for the Apollo loudspeaker were reached in terms of disappearing acts, imaging, resolution, and unbridled tone quality, particularly with the LampizatOr DAC.

The VAC Integrated didn’t punish or bully its way to the front of the pack with the Daedalus Apollo and the LampizatOr DAC, instead it blended perfectly with all the associated equipment lifting all ships as the sonic waters grew deeper. The takeaway from this experience is best distilled into two clauses. The Statement 405i iQ Integrated when attached to anything, will make it sound profoundly better. Even when the prior electronics used were already considered top of the class. Proof that a $150K integrated amplifier matters. — Read more HERE or HERE or HERE or HERE 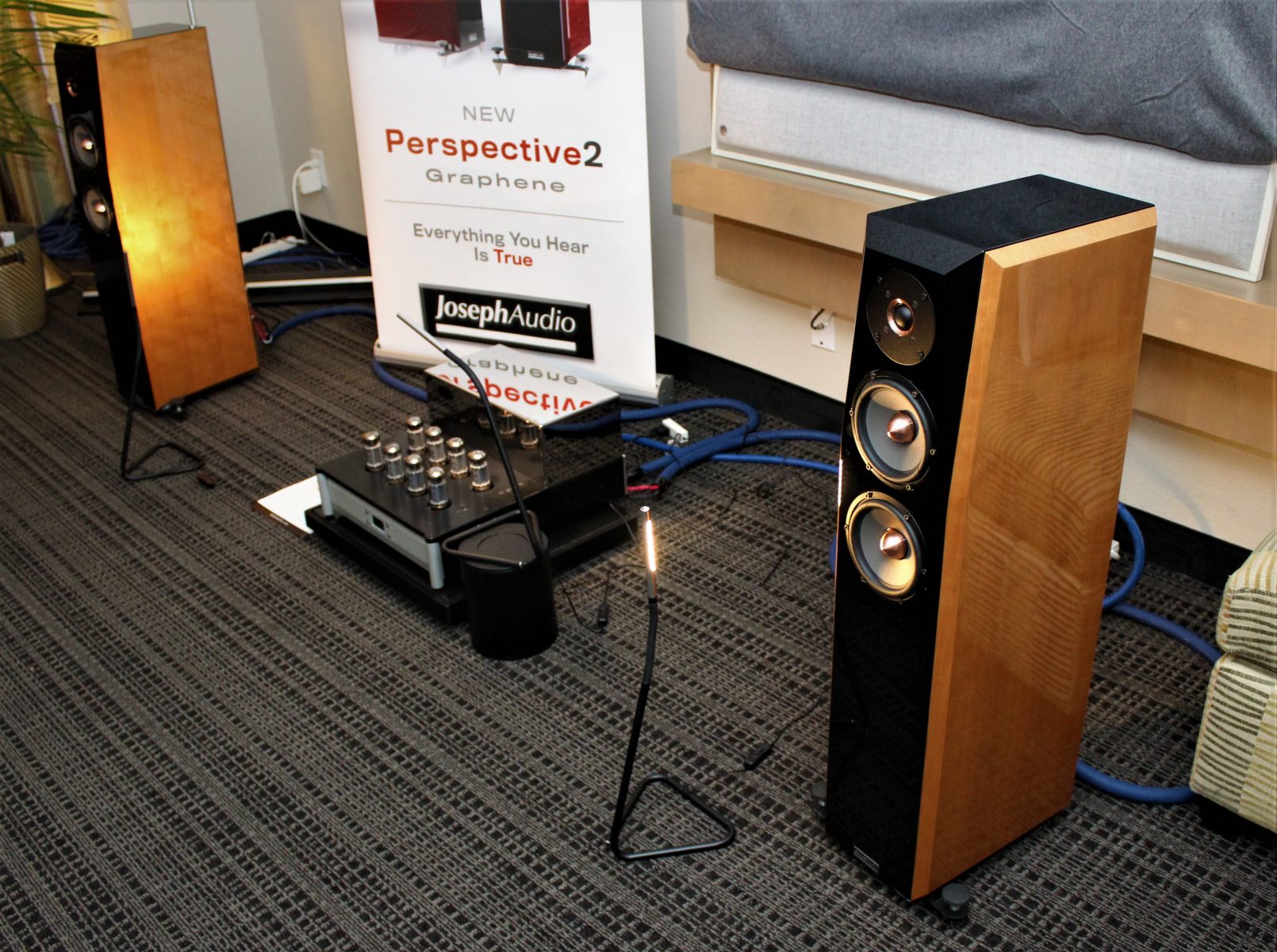 If we all had rooms the size of the VAC / Von Schweikert room, I’d definitely have a stronger opinion to consider this powerhouse of ultra-high end audio system the winner of best-in-show almost every time we do this. But that’s not reality.

The reality is, we all for the most part have rooms more akin to those shown with Joseph Audio loudspeakers and Doshi Audio electronics. And with that, nothing I can think of delivers the entire package of what we are looking for in high-end audio than the rooms from Joseph Audio and Doshi Audio.

This was a really close battle, as it could have been a three-way tie between Acora Acoustics / VAC and Daedalus Audio / VAC as they were also extremely close in sharing this win with Joseph/ Doshi by delivering comparable levels of detail and dynamics of their own. But there’s just a little something extra in the sauce with Joseph and Doshi, call it more butter and sugar. So for that, Joseph Audio and Doshi Audio stand alone. — Read more HERE

DACs have been hot for a few years now and the rate of improvement seems to be at least constant, if not actually improving. Apart from the conversion methods themselves (commercial DAC chips), obscure chipsets from non-audio […]

The individual components in this room were all heroes in their own right. Joseph Audio’s Pearl 3 loudspeakers ($31,500) fronted a system comprised of Jeff Rowland‘s 825 power amp ($32,000) and Capri preamp with phono […]