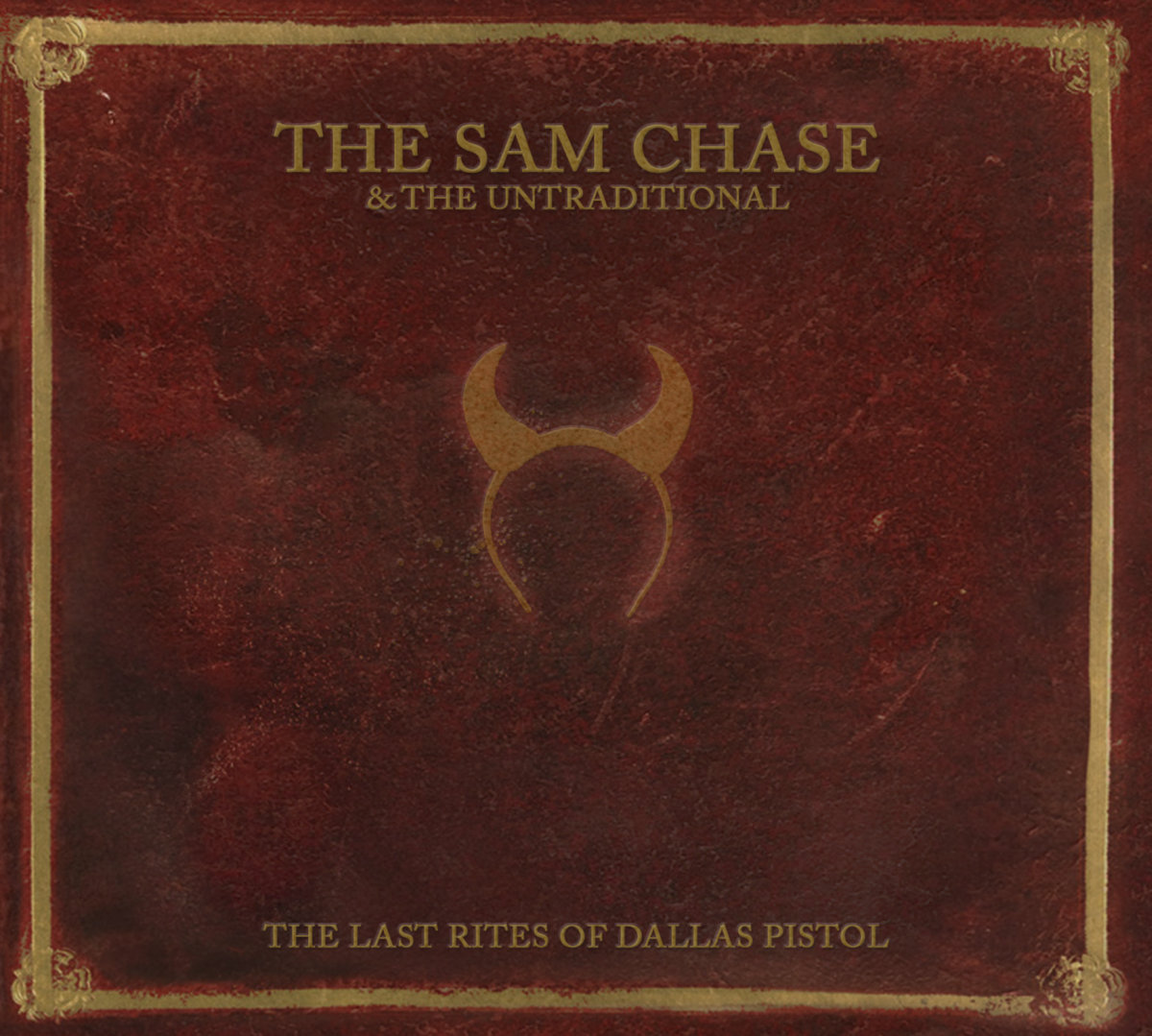 The Sam Chase & the Untraditional‘s new 2-LP release, The Last Rites of Dallas Pistol, is so unique that it might create its own musical genre–arena Americana, epic western folklore or panoramic country. This is an old-fashioned musical revue played out on a giant stage with a large cast, filled with familiar Texan tropes such as the outlaw, his mother, the devil and the hangman. Sam Chase has a raspy but expressive voice, and he’s pulled out all the stops to record what even he calls “a beast of an album with an importance that many of you probably thought was undeserved at the time.”

When I say that Sam Chase has created a dusty, Texas swing fever dream straight out of a Cormac McCarthy novel, I’m not kidding. This is a sweeping tale, propelled by string arrangements based on simple chord progressions that will somehow remind you of a corner of the earth where you don’t want to be. Told in three chapters–Dallas Pistol, The Wolf, and The New Devil–this is a new type of Americana that’s dripping with an unusual and theatrical passion that comes from its sophisticated arrangements.

Maybe Sam Chase describes Dallas Pistol the best–he calls it “a Faustian spaghetti western rock opera” that “has been a decade in the making.” His lyrics are simple yet strong, like his hero. In “End, or Better Yet, the Beginning,” Dallas Pistol is described thusly, which reminds me of The Kid, the narrator in Blood Meridian:

and the mold and the musk of manhood on its way.

He’s a book, without a cover

Not a poet, not a lover

His true colors have not truly blended in.

The entire four sides from Sam Chase are much like this, full of melodrama and legend, and supremely musical and played with conviction by The Untraditional. (The ensemble performs this horse opera with a grand combination of guitars, banjos, organs, drums, violins, violas, upright basses, saxophones, trumpets and a few surprises.) There is absolutely no filler here–every tune exists to further the story, and to skip over one track is to miss on out the deeper meaning. I’ve never heard a Faustian spaghetti rock opera before, and on first listen I wasn’t sure if this was going to be my thing, but by the end of this extraordinary project I felt like I’d spent the afternoon in a timeless place I’ll never forget.

I saw this Jacqueline Kerrod CD in the review pile and I though oh, harp improvisations! I like the harp. I have plenty of harp recordings that I use as demo tracks. I adore Joanna […]

The arrival of Now from jazz pianist Lafayette Gilchrist (bandcamp page) coincided with a young person asking me, “What’s your favorite type of jazz?” The answer may change slightly here and there, depending on my […]