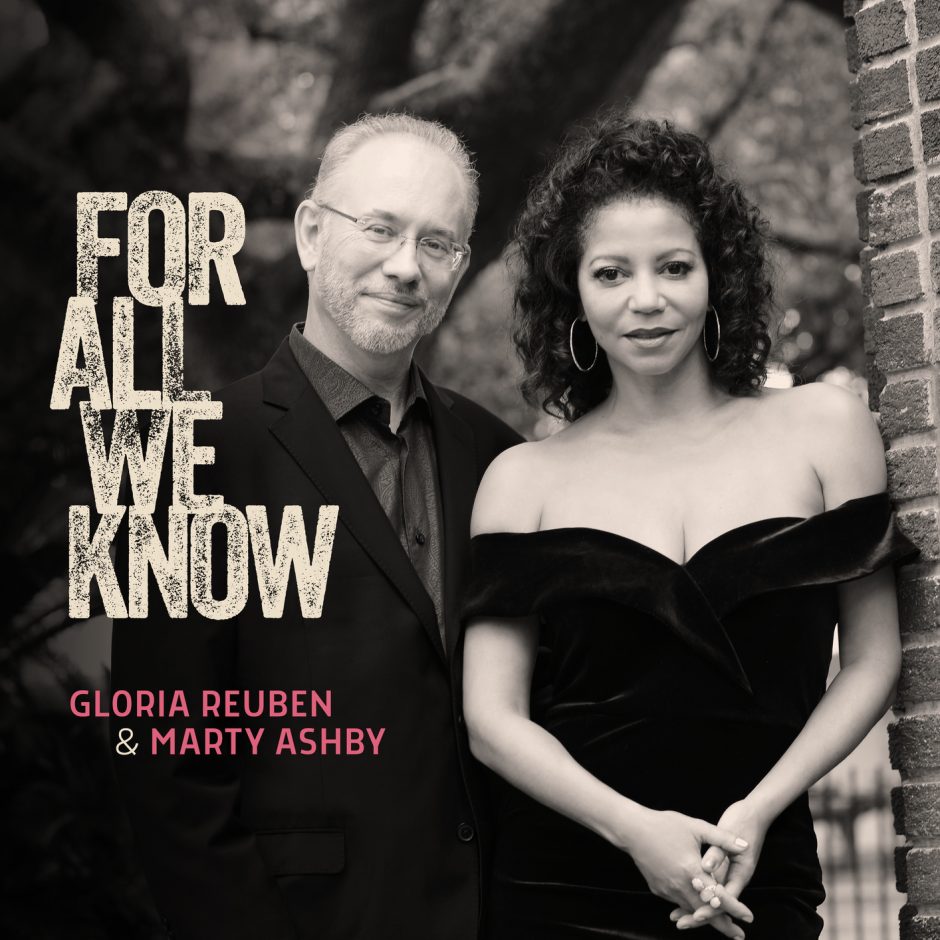 Back when I watched the television show ER faithfully, before they started killing off all my favorite characters, I had a massive crush on actress Gloria Reuben. I saw something in her eyes, a mixture of kindness and intelligence that had obviously persevered through tougher times, and it got to the point where I would miss her presence when the episode didn’t focus on her character. It shouldn’t be a surprise to me that those same qualities are present in her singing voice. In For All We Know, a duet recording with her and guitarist Marty Ashby, we get that distinctive and emotional voice that’s typical of actor-singers/singer-actors, that profound sense of hear the meaning behind every lovely word.

Gloria Reuben’s voice is decidedly sweet, gentle and sensitive, and her vocals make it obvious that For All We Know is no vanity project. If you’ve wondered “whatever happened to Gloria,” this is your answer. She was born to sing these standards, all based on “the myriad of emotions that entwines the heart while one wishes for a love, wins a love or loses a love.” I’m particularly smitten with her rendition of “I Get Along Without You Very Well,” since she’s able to capture the irony of the song by letting you know that she’s not getting along without you at all. If someone sang these songs to you with this much conviction, you’d be an idiot not to opt for one more try.

I’m glad Gloria Reuben chose to record this album with just Marty Ashby. His guitar is just as soft and sensitive and vulnerable. Perhaps this is a good example of why the Great American Songbook is so great–in the hands of skilled performers, these classic tunes sound absolutely new. This intimacy reminds me of one of my favorite albums, Dean Martin’s Dream with Dean. I know I talk about that album all the time, but there’s an excellent reason–hear it once and you’ll never think about Dean Martin in the same way. You’ll find the human being behind the Rat Pack swagger, and that’s a worthwhile discovery. Gloria’s voice, backed up by Ashby’s expressive guitar, are so complimentary to one another that it’s hard not to be complete absorbed with every note.

I did a little research on Gloria Reuben. While she’s probably been a great singer for most of her life (singers are born, not trained, to sing like this), most of her musical projects came after she made her debut as Jeanie Boulet. She started playing classical piano at age five, but one of her “biggest musical moments” occurred in 2000 when she toured with Tina Turner as a back-up singer. A solo album, Just for You, came after that. If you are one of those people who loved her in her role as a stalwart PA at County General, you should listen to her sing. My crush, if anything, now runs far deeper.

I remember the first time I heard Somesh Mathur like it happened yesterday. It was one of my quarterly visits to Scot Hull, back in 2018, a familiar six-hour drive from Rochester NY to Frederick […]