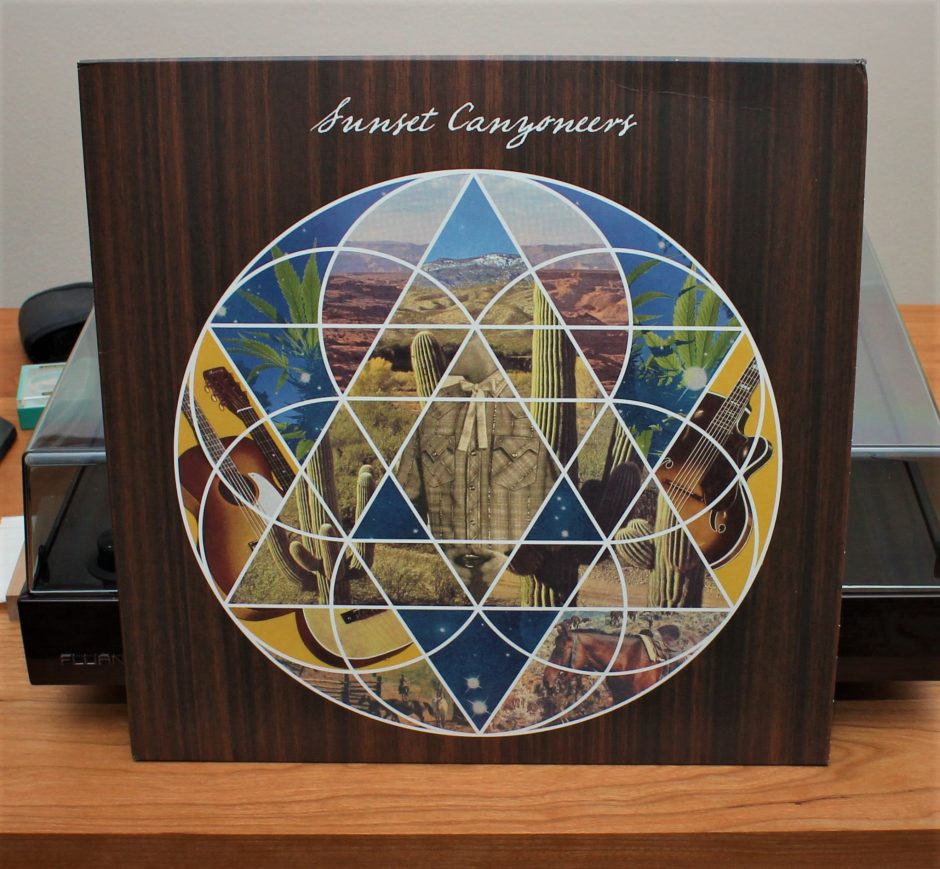 How many of y’all love The Flying Burrito Brothers’ Gilded Palace of Sin or The Byrd’s Sweetheart of the Rodeo? How about Nashville Skyline? Despite the fact that I was alive during the great California country-rock movement of the early to late ’70s, my exposure to this music was limited to The Eagles, whose music was friggin’ everywhere. I didn’t know about the really good stuff until I was an adult and, ironically enough, no longer living in Southern California. Sunset Canyoneers‘ new album sounds plucked from that era, where the Malibu surf culture started a relatively short love affair with pedal steel guitars, Nudie suits and a style of country music that still possessed plenty of rock and roll attitude.

Sunset Canyoneers is a quartet founded by Northern California singer-songwriters Jeremy Powers on guitar and William Duke on bass. Joined by guitarist Ian Robertson and drummer John Kontogianis (who is assisted on the skins by co-producer Adam Symons), the Canyoneers have perfected that easy going country sound that has enough momentum and earnestness to appeal to those who might cringe at the sound of mainstream C&W. That was the formula back back in the day, of course–the country side of country-rock knew how to step aside when it came to balancing those leaner pop/rock traditions. 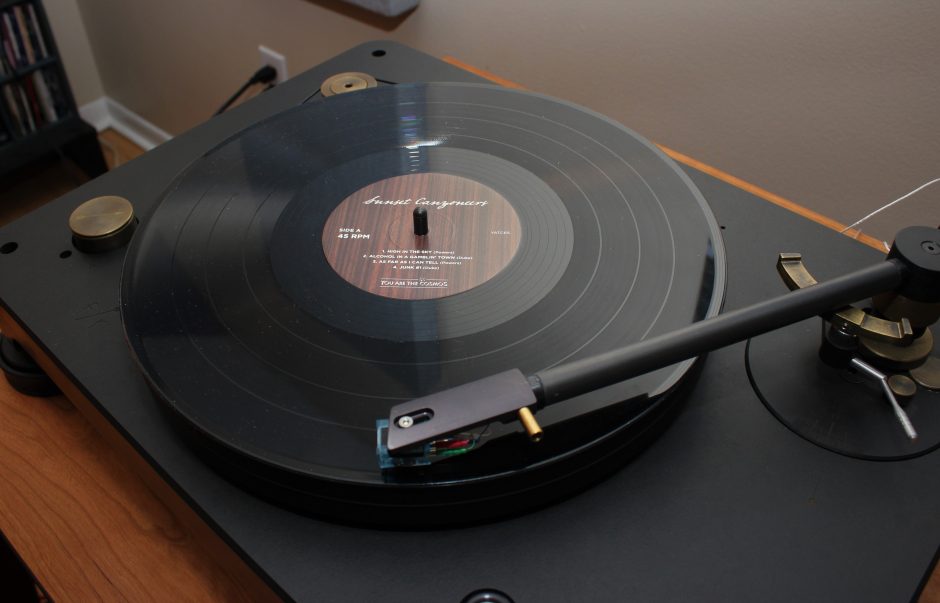 On this album, however, the Sunset Canyoneers come out gunning like Gram Parsons and then start to back off a little and let the power pop take over. By the third or fourth song, I suddenly thought the Burritos had left the stage and Big Star had picked up their instruments and started jamming. This transition has a flow to it, a logic, so that late in the album the band can jump back and forth between styles and not feel too schizophrenic. (The record label is You Are the Cosmos, which supplies another connection to Big Star.)

A few reviews ago, I mentioned how many of these new LPs don’t specify whether they’re 33rpm or 45rpm–you gotta take a spin to find out for sure. Sunset Canyoneers is a 12″ 45rpm record that goes by so quickly that, once again, it’s closer to an EP. But that might be another tip of the hat to those halcyon days in the ’70s when country-rock albums were brief and catchy and made you forget you that you weren’t a C&W fan. If you’re like me, a rock and roll fan who never really “got” country music but still gets a warm feeling from a well-played pedal steel, you’ll understand what I just said. Sunset Canyoneers, therefore, is for you.

Seeing guitarist Larry Corban with his burgundy Gibson L-5 archtop reminds me of the first time I heard a hollow-body guitar, back when I was a teenager. A good friend of mine was an avid […]

I started off 2020 expecting a break from the multitude of Latin jazz releases–specifically tango and Brazilian jazz–that dominated the music scene in 2019. I love this music, but after a while it all starts […]