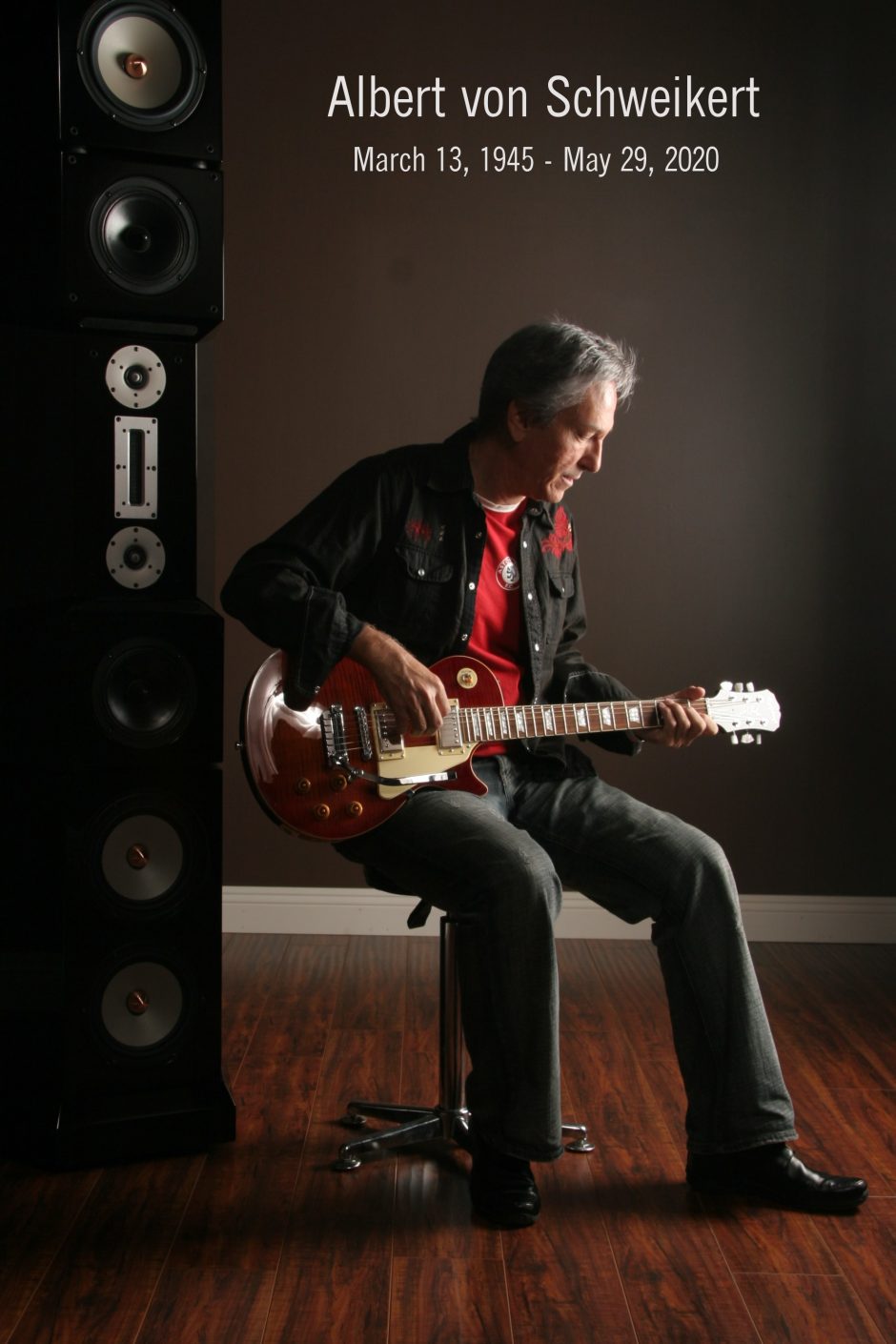 Though born in South America in 1945 to a US military officer and the daughter of one of the principal engineers of the Panama Canal, Albert Von Schweikert  and his family moved to Heidelberg, Germany while he was still quite young. Living in Europe until he was 16, Von Schweikert studied violin and piano at the Conservatory of the University of Heidelberg, a pursuit which he hated at the time. Looking back as an adult, he acknowledges that it was this invaluable experience that had helped shape his love of all forms of music.

He switched from violin to guitar at the age of twelve, and by thirteen he was building hi-fi kits from Eico and playing a Silvertone electric guitar in a rockabilly band gigging at the USO Military Club in Heidelberg. After moving to the US in 1962, Von Schweikert joined the Musicians Union and, because he was able to read sheet music, soon became popular as a session player. Although he spent his weekdays studying pre-med at Georgia State College, he spent his weekends playing gigs.

One of those gigs was a Sonny and Cher tour in the summer of 1967. After hearing Cher complain about the poor sound quality of the Altec A-7 Voice Of The Theater PA speakers, Albert Von Schweikert decided to attempt to add an 8″ JBL midrange speaker to its 15″ woofer and
the horn tweeter in an effort to more accurately render Cher’s voice. This Frankenstein-patchwork system evidently sounded quite good, but he felt it still had flaws.

It didn’t take long for him to build a new three-way PA system from scratch using all JBL drivers. This new JBL-based system was used by Neil Diamond on a summer tour in 1968 to stirring effect. In fact, Diamond confided in Von Schweikert that while he was a “fair” guitar
player, his speaker designs were “great!” It was this comment that Albert Von Schweikert attributes to inspiring to pursue speaker building as a career, precipitating his change of major from pre-med to engineering.

By 1976, Albert Von Schweikert had married his girlfriend Linda and moved to California to enroll at Cal-Tech, the California Institute of Technology. Here he spent his days studying and his nights experimenting in the lab. Under the guidance of Dr. Richard C. Heyser, the inventor of Time Delay Spectrometry and one of the Chief Engineers at JPL, Von Schweikert was inspired to develop new technologies rather than just following the status quo in speaker design. Dr. Heyser’s TDS device permitted an entirely new acoustical measurement technique, allowing one to accurately measure phase as well as amplitude. Von Schweikert developed an original theory, one that suggested that “a perfect speaker should be the inverse of the recording microphone,” and this hypothesis was soon validated by Dr. Heyser. 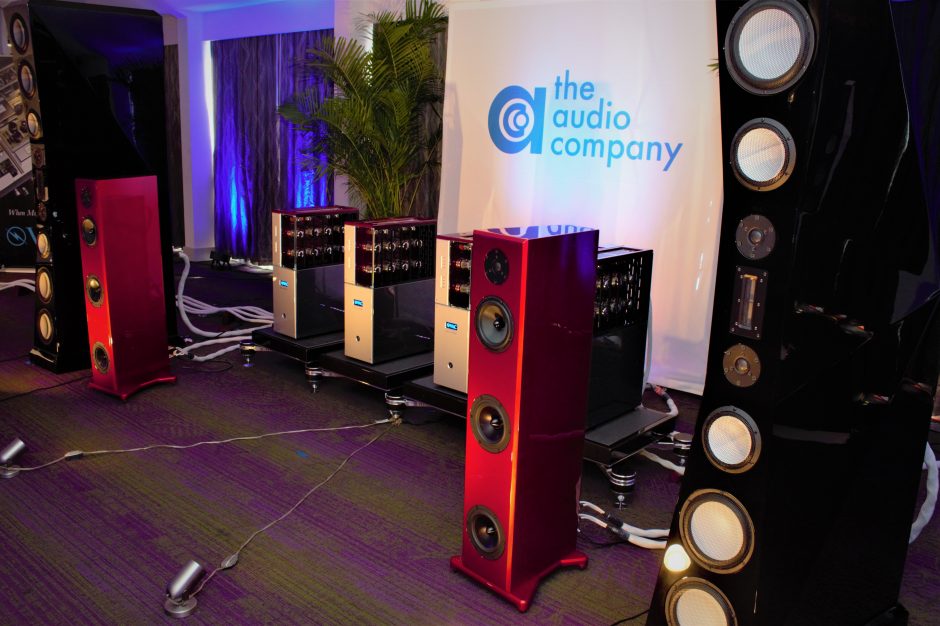 In 1980, after four years of development, Albert Von Schweikert published his Acoustic Inverse Replication theory at Cal Tech, which stated that a music recording is actually an “encoding of microphone voltages containing the clues of spatial dimension.” From this point forward,
all of Von Schweikert’s speaker designs included a decoder to extract the out-of-phase ambience signals that were picked up at the rear of the recording microphone. This decoded signal was eventually fed to a rear-firing Ambience Retrieval System, which originally featured only a 1″ mid/tweeter with a variable level control.

This new Patent Pending A.I.R technology was soon advanced to include the enhancement now known as G.A.I.N. (for Global Axis Integration Network), and using a rear-firing midrange/treble driver compliment to replicate the radiation pattern of an omni microphone, the Von Schweikert “Ambience Retrieval System” illuminates the room with a spherical radiation pattern. The result is that each listener in the room, regardless of their listening location, experiences real depth behind the speakers, and is able to perceive a most realistic sense of the “live” sound field that was embedded in the original recording. Albert Von Schweikert soon started describing what his speaker systems and integration networks were capable of delivering as, in effect, a large microphone working in reverse!

There, Von Schweikert designed transducers and/or crossover systems for Polk, Klipsch, JBL, ESS Heil, Infinity, Apogee, Cerwin Vega, Jensen, NHT and many others. While designing for Counterpoint Electronics, Von Schweikert won his first “Product of the Year Award,” for his Lucas Film THX design, called the ClearField Home Cinema, which was featured on the cover of Video Magazine’s July 1995 issue.

Due to his breakthroughs in psychoacoustics and theoretical principles of acoustic reproduction of transducers, Albert Von Schweikert became widely regarded as one of the industry’s most preeminent speaker designers. As such, during this time his expertise was sought out and contracted by companies such as Lucas Film THX, Walt Disney, Steinway, A&M Records, Sheffield Sound Labs, Mobile Fidelity, and JVC.
In 1994, Von Schweikert decided to “take the plunge” and started Von Schweikert Research to manufacture and market the remarkable VR-4. With a retail of under $4000, the VR-4 moniker stood for Virtual Reality in 4 dimensions, which were described by amplitude, phase, time, and space. 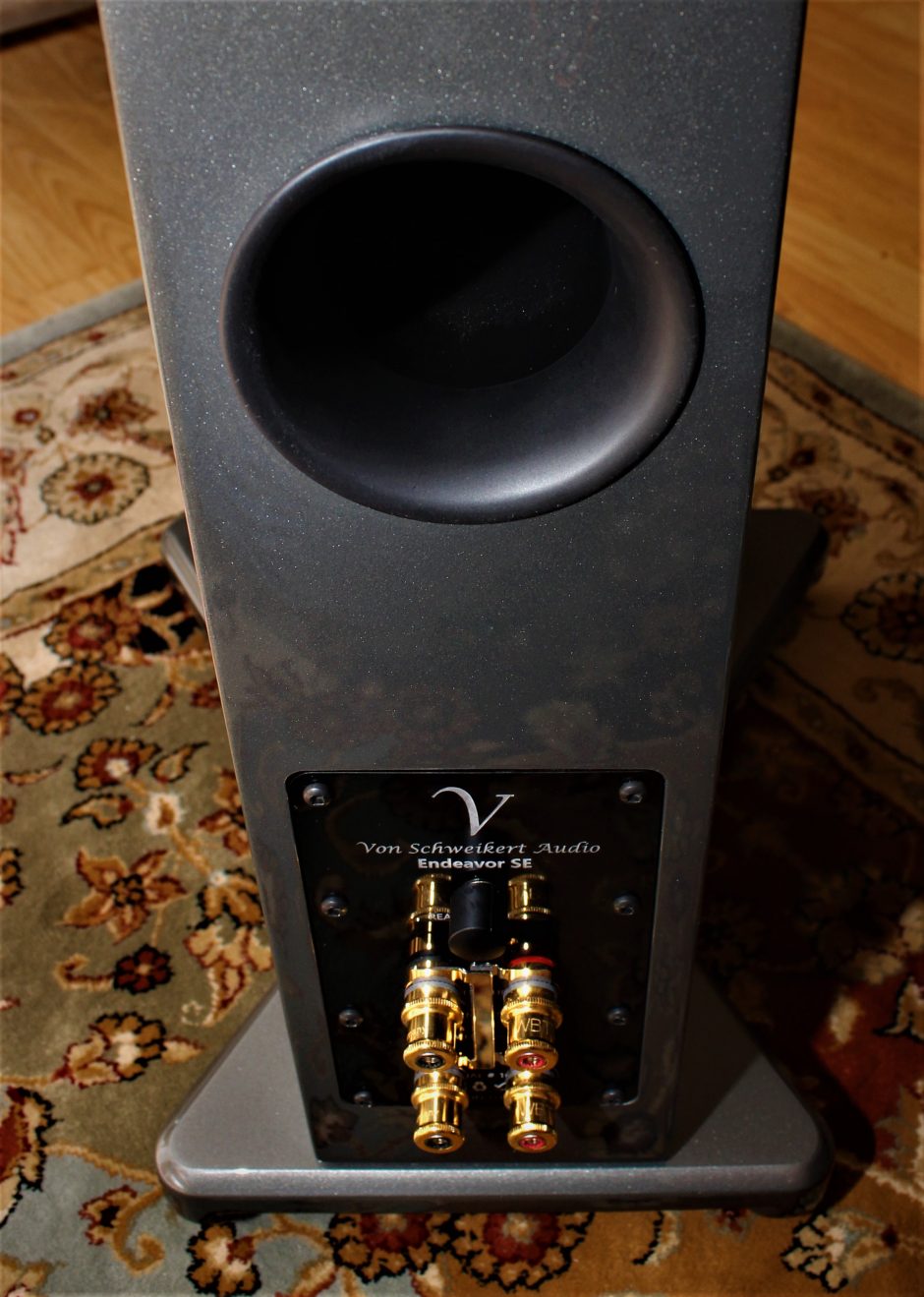 The VR-4 was derived from his first speaker, the Vortex Screen, which was first developed at Cal Tech sixteen years earlier in 1978. And while the Vortex Screen was the first VSR product to ever receive a review (and an overwhelmingly positive one, at that) it was the monstrously successful VR-4 that quickly established Albert Von Schweikert as one of the most innovative designers in the high-end.

In the mid 1990’s, Von Schweikert moved his company to the small New York town of Watertown, situated between Syracuse, NY and Ottawa, Ontario, Canada, to take advantage of several state and local agencies offering promises of support and development money in
order to stimulate business and revive the local economy by attracting upscale high-tech industries to that up-state New York local. But, in January of 1999, unseasonably warm weather melted accumulated snow, causing runoff from a hazardous waste dump nearby to
flood the speaker production shop, destroying the company’s entire inventory, with losses estimated at over $300,000.

This extreme set-back forced Von Schweikert Research to fold, and Albert Von Schweikert moved back to southern California to reform as Von Schweikert Audio. Though it was a struggle, the quality and value of his product line soon brought VSA back into financial health, and in
short order, actually grew it to even greater success and heights. The culmination of Von Schweikert’s work, his swansong, was the 2015 realization of his one-off, $750,000, six enclosure, nine-foot-tall concentric-array/line-source hybrid loudspeaker, the VR-111XS.

In the fall of 2015, Von Schweikert’s son Damon took over as VSA’s CEO, and Leif Swanson, who was hand-picked by and trained under Von Schweikert for over a decade, took over as chief designer, allowing Von Schweikert to retire. From that time, he shared his days with
his wife Linda in their home in the California high desert. We can’t thank you enough for your monumental and singular contributions to our industry.

Your unique and brilliant light will be so sorely missed… Rest in Peace, Maestro.

Lejonklou is not a high-fidelity manufacturer many audiophiles have probably heard of, and that’s too bad because Fredrik Lejonklou – the man behind the Swedish company – is on to something special with his incredibly transparent […]