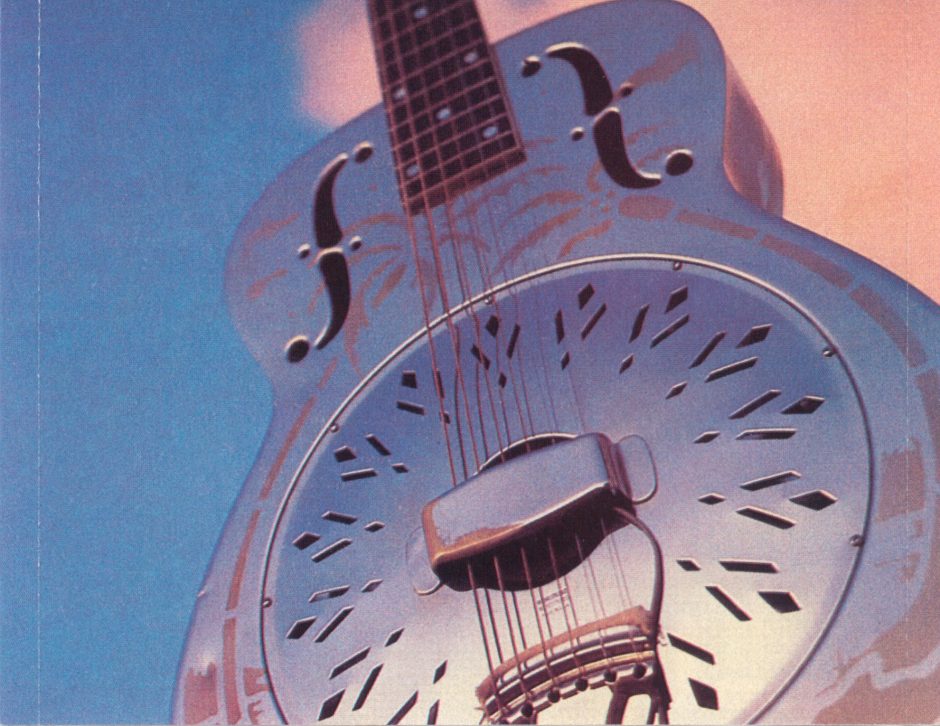 I can still remember that radio DJ saying that “the single greatest reason to buy a CD player is Dire Straits’ Brothers In Arms.” You can probably guess the era plus or minus a couple of years–Brothers in Arms was released on LP in 1985, and that’s how I purchased it. It was also released on CD around the same time, and was one of the first all-digital (DDD) releases. Even though I was one of the first among my friends to take the CD plunge, I also frowned upon getting the CD when you already have the LP. But that radio DJ got me thinking. Should I buy so I can compare? I did.

To tell you the truth, I never loved Brothers in Arms the way I loved Making Movies or the first side of Love Over Gold. Brothers in Arms is to Dire Straits as Born in the U.S.A. is to Springsteen–it’s the big record that causes those who were fans in the beginning to hop off the train and look for new surroundings. But yes, it sounded great at the time. Now an early CD sounds glassy. It can’t shake the 1985 digital residue.

Everything changed, at least in my mind, when the 20th Anniversary version of Brother in Arms was released in 2006. Legendary mastering engineer Bob Ludwig took the reins for this one, and wound up winning a Grammy for Best Surround Sound album a full twenty years after it won the Grammy for Best Engineered Album. That’s when my opinion of the album changed–I started paying more attention to the sonics, which now sounded more open and natural than before. This album lacks the one-two punch of “Tunnel of Love/Romeo and Juliet” and “Telegraph Road/Private Investigations,” but there are quiet treasures within the big production values.

Bob Ludwig was the first recording engineer honored as part of the dCS Legends series started. (I’ve already mentioned Al Schmitt and his extraordinary work on Steely Dan’s Aja.) What makes Bob Ludwig’s Grammy win for Brothers in Arms so unique is that came from approaching a sonic classic and still finding a reason to remaster it–if only for a new digital format. Also, Bob Ludwig has earned other Grammys for Beck’s Morning Phase, Derek and the Dominoes’ Layla, Daft Punk’s Random Access Memories and a few more. Looking over the dCS Legends’ list of honorees, Bob Ludwig’s name stands out. It’s not just because audiophile adore him and get a genuine kick out of seeing his name in the dead wax. It’s about a guy who finds something good, and says “I can make it better.” That’s exactly what he did here.