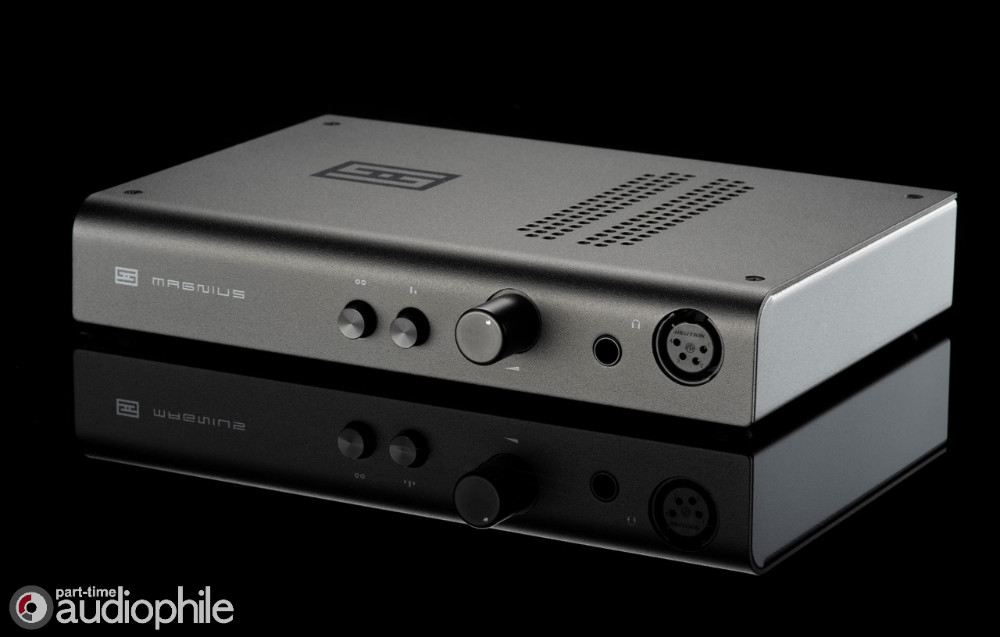 VALENCIA, CA — A new little beast from Schiit Audio arrives today in the form of a headphone amplifier/preamplifer. And it shall be called MAGNIUS! Jason Stoddard of Schiit Audio was so kind to provide us with some detailed insight on the new technologies implemented within the new Magnius. 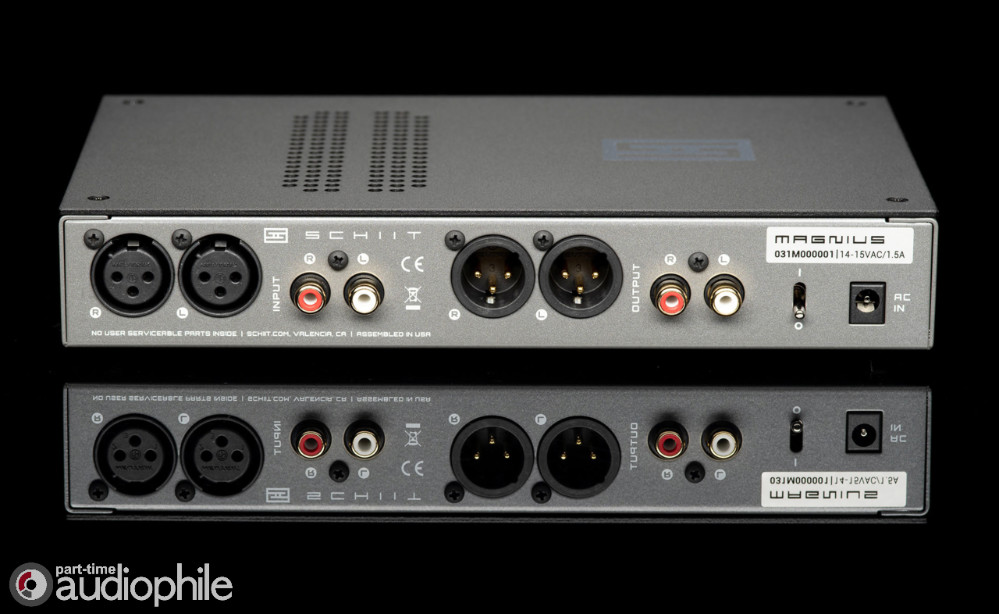 FROM JASON STODDARD: “The Magnius introduces our all-new ZZZ Technology™, with our exclusive Super-Nested-Opamp-Recombinant-Electronics topology (SNORE™). Because composite amplifiers have been around a long time and they aren’t super exciting. Just kidding… having some fun with some other “big name” technology. We make our own buzzword lingo, so feel free to razz on us.” 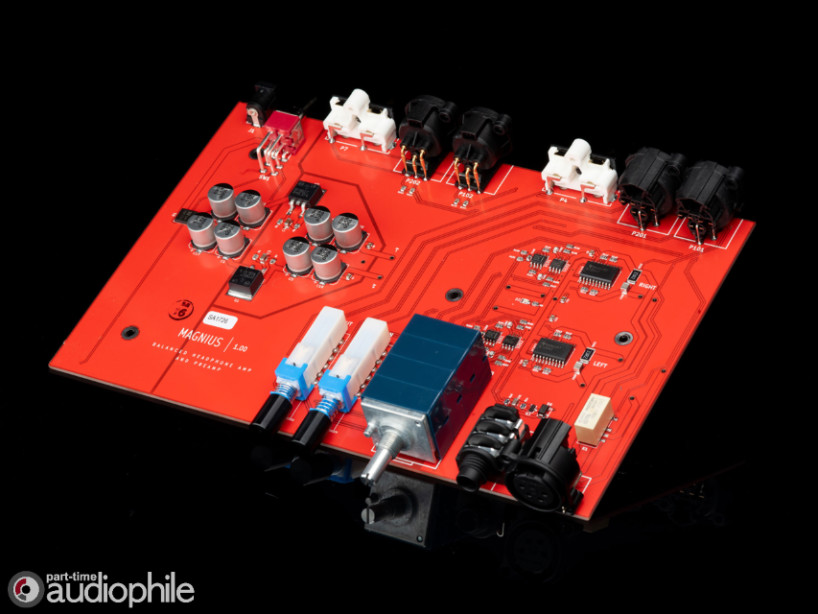 Okay, you gotta admit that was funny. No razzing from us. Here’s the real scoop, the Magnius is a high-power (6-wpc @ 16-Ohm), super-high-performance headphone amp/preamp with both balanced and SE preamp outputs. At its $199 USD, the Magnius carries a price that is 45-150% LESS than competitive products made overseas, and yet it is still  designed and built in California, USA. Mind-boggling!

More information on the new MAGNIUS is to be found in the press release enclosed below. 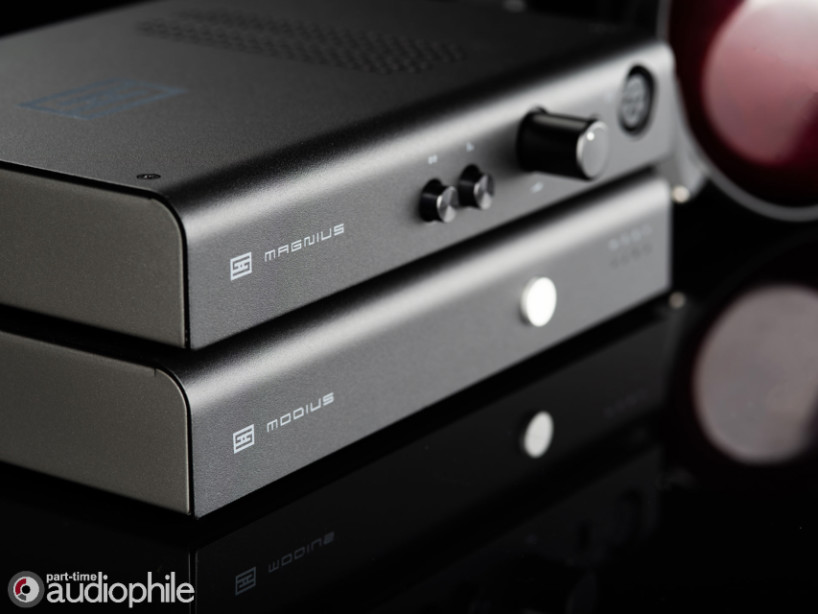 “To put it simply, this performs better than any affordable balanced headphone amp out there,” said Jason Stoddard. “It measures fantastically, even when compared to acronym amps, it has a much, much better volume pot, it uses real Alps and Neutrik parts, it has a linear power supply, and it’s half the cost of competition made in China, while being designed and built in California.”

Delivering 5000mW into 32 ohms, with THD+N at -120dB referenced to 4V RMS output, Magnius delivers plenty of power for the toughest headphone loads, as well as whisper-quiet background for the most sensitive in-ear monitors.

Unlike many of its competitors, Magnius also offers full balanced and single-ended preamp outputs, so it can be a complete desktop solution for headphones and powered monitors.

“The Alps RK27114 is a real standout,” said Jason. “It’s much larger than the 9mm potentiometers seen on all other products at up to 2.5x this price point, and it offers much higher performance, as well as tactile feel. It’s the part you interact with the most on the amp, so we wanted it to be the best it could be.”

Magnius is an excellent complement to Modius, Schiit’s recently-introduced, $199 high-value balanced DAC. As a $398 combo, Modius and Magnius offer complete DAC, amp, and preamp functionality—at a price less than some amplifier-only solutions.

Magnius is available now at Schiit.com in black finish only for $199.

Founded in June 2010 by Jason Stoddard and Mike Moffat, Schiit has grown into a leader in affordable high-end audio, with a wide range of products spanning DACs, amplifiers and preamplifiers, and headphone amplifiers, from $49 to $2449. 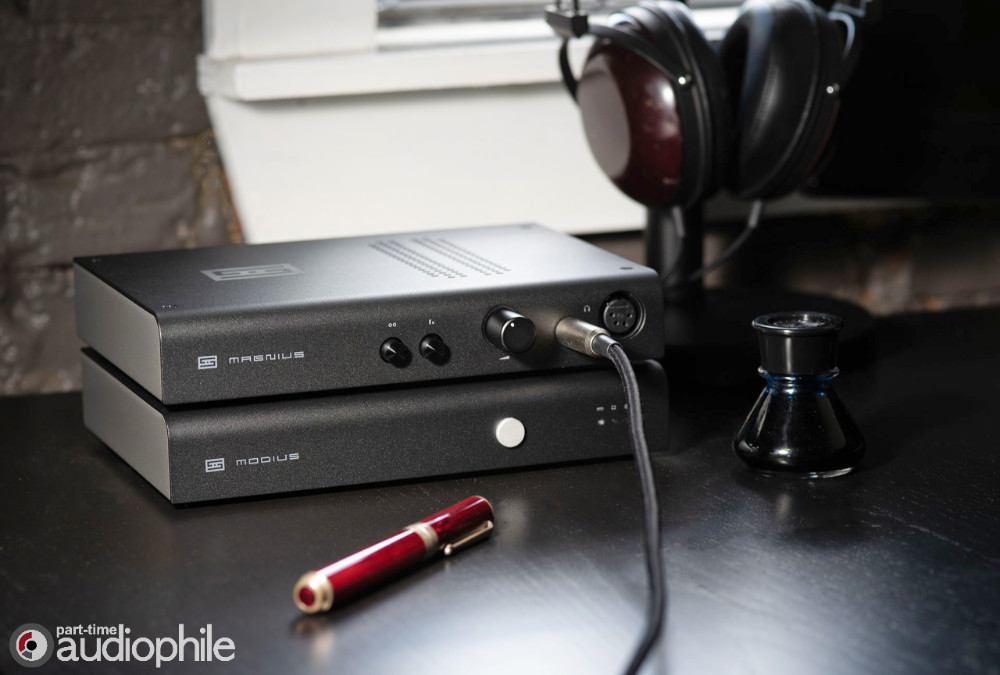 Seeing the $9,500 Egoista headphone amplifier from Viva Audio in the coverage of High End 2014, certainly piqued my interest. That’s an enormous investment in a headphone fidelity! Turns out, it’s also an enormous amplifier. […]

High End 2014: The PS Audio Sprout, or how to get a new generation of audiophiles

June 6, 2014 Panagiotis Karavitis Munich 2014 Comments Off on High End 2014: The PS Audio Sprout, or how to get a new generation of audiophiles

By Dr. Panagiotis Karavitis How many times have we heard that the hifi scene is dying? That younger people simply cannot afford mega buck systems? Someone should come to the rescue. Someone who understands what […]

Schiit Audio co-founder Jason Stoddard. Jason conveys his thoughts on MQA, audiophile cables and what its like taking an audio company from the garage to the warehouse. Recorded live at the Schiitr retail space in […]