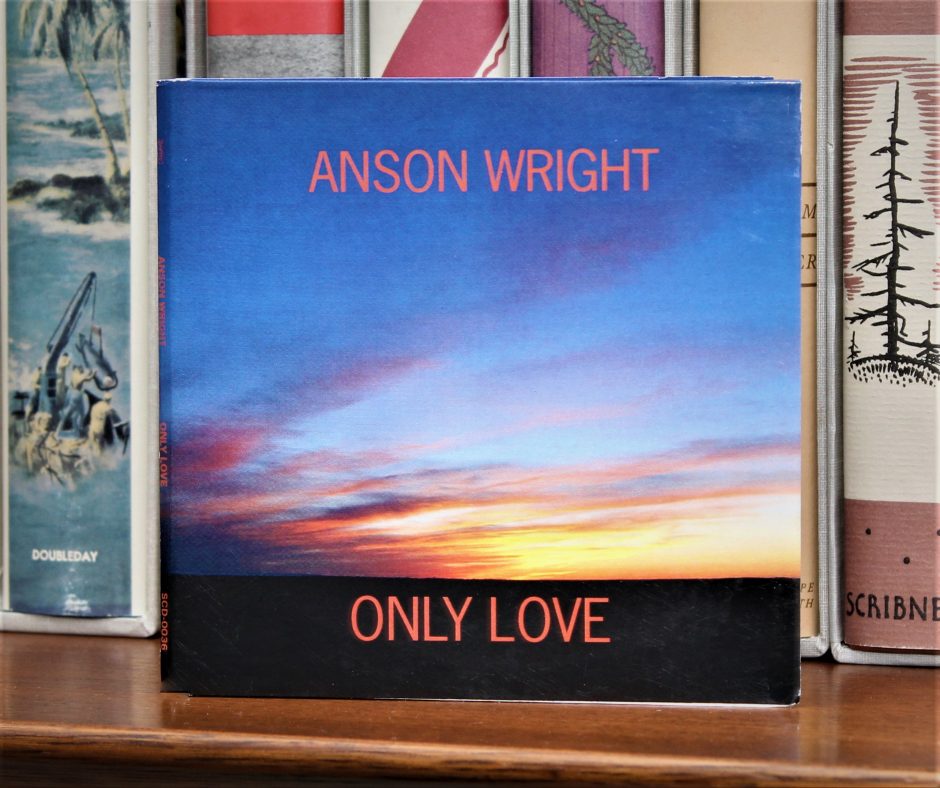 Anson Wright isn’t an ordinary jazz guitarist. When you look at the bios and press sheets from the record company on most jazz musicians, you’ll find a detailed account of the day the performer decided to become a musician, where they studied music, who they’ve worked with…it’s all about the jazz and how it took hold. Anson Wright, however, is also known as a poet and novelist, so it’s curious to hear his gentle electric guitar and try to discover some lyrical connection between the two art forms.

The effects of Anson Wright and his written word on his style of playing–as well as his composition skills on these nine originals–doesn’t leap out at you. It’s subtle and it comes forward when you relax and let go. On his new album Only Love, Wright is joined by pianist Jasnam Daya Singh, bassist Brian Casey and drummer Todd Scott Bishop, and it’s a quiet and reflective quartet that ekes out a bit of adventure here and there. This isn’t pretty yet vacuous music that focuses on pleasing tones and lush landscapes, just as most accomplished poets aren’t just trying to win you over with big words. It’s all about the images, memories and emotions are evoked.

That’s when you hear the poetry in the compositions. This quartet is unusually adept at conjuring up responses that are deep and complex, beautiful notions that are offset by longing, sadness and perhaps an occasional flash of anger, the kind of anger that’s borne from wanting to do it all over again. Anson Wright sets that tone with his guitar, never quite giving into a single set of ideas, always counterbalancing the conflicts that arise from such bittersweet memories.

I haven’t had a chance to read some of the poetry from Anson Wright to see where I can connect the dots, although fellow guitarist John Stowell set Wright’s words to music in a 2008 spoken word album named The Sky at Our Feet. Now I’m curious and I want to check it out. Perhaps I can do both, listen to Only Love while reading his poems. I’m not sure if the heavens will part and I’ll receive utter enlightenment, but I’m fascinated with the idea of finding the answer.

I barely made it through another year of holiday jazz releases, and I have to admit I skated a little because I only talked about one release from Jeff Hamilton as if that’s the only […]

“Collecting Things, the newest recording by guitarist and composer Mike Scott, is a pastiche of music styles mostly penned by Scott and performed by some of the top jazz musicians in Southern California.” That opening […]