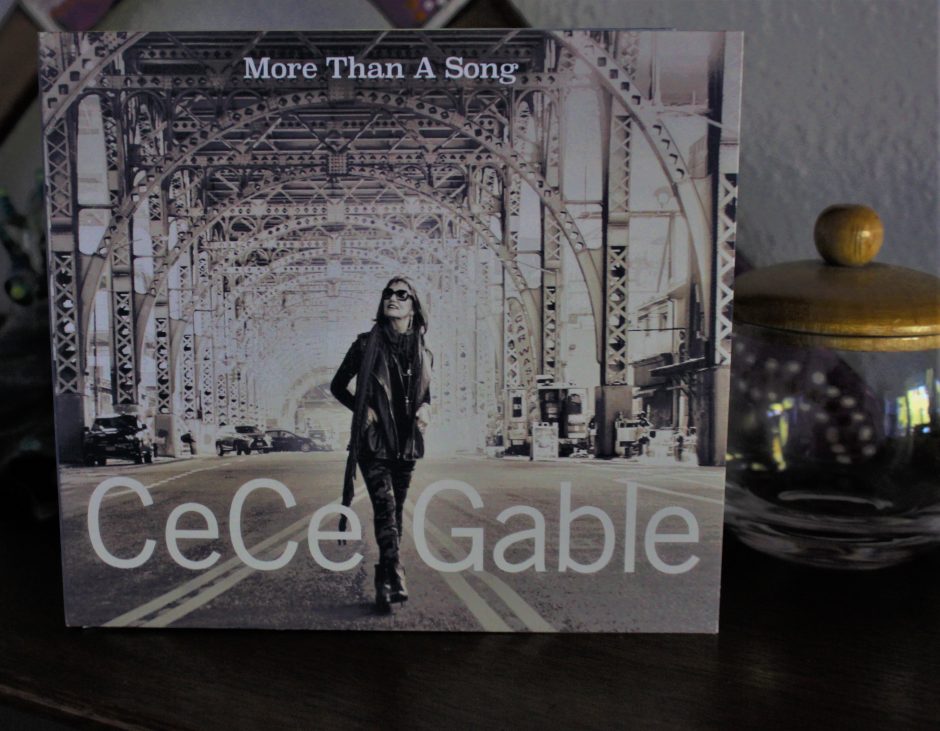 What is it about the female voice? What makes it so vital to audiophiles, so effective at telling us everything we need to know about our audio systems? Over the years I’ve brought this up plenty of times, usually with a hint of disdain because I’ve encountered one audiophile too many who insisted on judging everything with female voice recordings…only female voice recordings. If I had a nickel for every time I heard an audiophile at a high-end audio show say “Could you play something with female voice?” At times it annoys me to no end, but I might just have a little more insight into the female voice after spending time with CeCe Gable and her new album, More Than a Song.

Why? I’ve listened to dozens of female voice recordings over the last few weeks, either personal favorites such as Nina Simone or Julie London or albums for review such as More Than a Song. Long story short, CeCe Gable stood out from the other new releases for an almost intangible reason, something that may not go far beyond “I really love this singer’s voice.” Is it so well recorded that I could immediately tell that my Brigadiers Audio BA-2s need to be placed 3mm further from the back wall? Well, this album does sound great. But it all comes down to the fact that, like Gloria Reuben from a few weeks ago, I really want to sit down and relax and hear this woman sing for as long as she can.

I’ve been trying to find a new word to replace coquettish when I hear women singers like this who possess a voice that moves from cute and endearing toward the edge of something downright seductive. I always liked this word, and perhaps we can keep it if we start using it equally with men. To me it means a voice, not uncommon in jazz, where you really want to scooch in close and say, “Tell me more.” CeCe Gable has that–for me, at least since this is all mightily subjective territory. I liked CeCe Gable the first time I heard her, and I still like it a lot. But what does that mean to you? Will you respond the same way?

I think those who don’t flip for her coquettish voice will find plenty to love in her backing quartet: Roni Ben-Hur on guitar, co-producer Harvie S on bass, Brian Landrus on sax and clarinet and the vibrant and athletic Sylvia Cuenca on drums. This is one versatile and accomplished group of jazz musicians, and they love to shift gears and dive into strong and creative arrangements of these ten songs from the Great American Songbook. CeCe Gable and her quartet aren’t heading down any dark streets, or letting the chips fall where the may, but they play incredibly well in a manner that gets straight to the heart.

It seems as if the better part of last year was focused on reviewing the Brinkmann Taurus turntable. First, I arranged for a series of cartridges and phono stages that would be suitable for this […]

I’m still struggling with my approach to big band jazz lately, and how to search for the recordings that will truly engage me. A couple of years ago I dove in head first, and perhaps […]