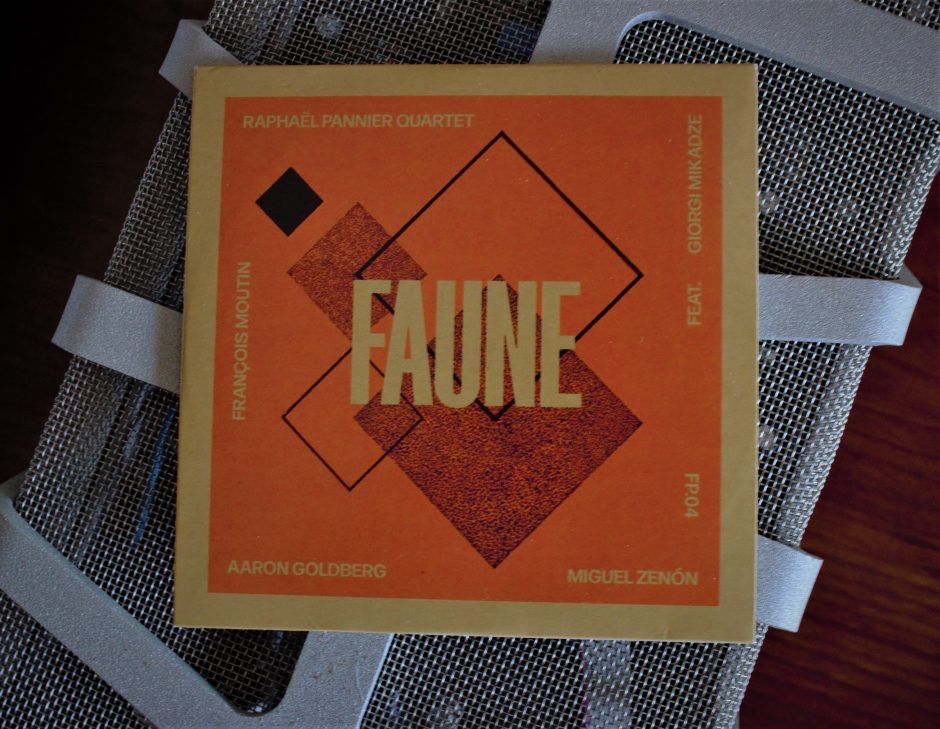 Current mood: there are two kinds of jazz musicians, those who have ideas and those who tell you about someone else’s ideas. There’s nothing wrong with the latter group, of course–these are the historians, the ones concerned about a jazz legacy, the ones who were inspired by others and pay constant homage. I’ve been focusing on the former group lately. They’re playing jazz, and you clearly recognize it as such, but it stands on its own. It’s original. Just the other day I reviewed Aimee-Jo Benoit’s intriguing and new album Borjoner, and it was a great example of new ideas. A couple of days later, I had the pleasure of hearing another–the Raphael Pannier Quartet and their fascinating new album Faune.

Raphael Pannier is a French drummer, and you know how I enjoy discussing jazz drummers who are also band leaders and composers. It’s all about building foundations and walls and roofs and letting your people fill that space with themselves. His kit is certainly plastered all over the soul of Faune (which is French for “wildlife”)–listening cold, my first impression is “this drummer’s fantastic!” He is quick and inventive and he never stops coming up with those original ideas. His fills and rolls, by the way, are insanely good. He and pianists Aaron Goldberg and Giorgi Mikadze and bassist Francois Moutin would make a perfect piano trio, except for one important thing.

I’ve failed to mention one of the key ingredients of the Raphael Pannier Quartet, and that’s the ringer Pannier has enlisted for saxophone. I’ve reviewed a few releases from Puerto Rican saxophone player Miguel Zenon, and he’s truly a visionary–especially when it comes to preserving old traditions, someone else’s ideas, and transcribing them to the present. Both Pannier and Zenon take turns expressing their ideas, the words and sounds that come from deep within, and that give Faune a sense of cultural equity which really undermines the old trope that jazz is a distinctly American art form. I hate that trope.

I think I’ve glommed onto the reason why I was immediately under Faune’s spell after just a few minutes. Raphael Pannier, in the liner notes, discusses his love of Debussy, a love that I happen to share. (So that’s why it’s called Faune.) Both Pannier and Debussy are “colorists,” so to speak. Each of these tracks explore that style and the vivid imagery that it evokes. One song, for instance, is about an imaginary forest, while another describes the feeling of moving through a dense crowd in Times Square.

Again, this is one of those albums where I got it in the mail, immediately stuck it in the CD player and started writing a review because I needed to tell you about it as soon as possible. This is rich and colorful, a wildly original jazz debut.

Some of you may have noticed that I don’t spend a lot of time talking about individual songs when I review albums. Occasionally, but not a lot. Perhaps that’s because I grew up listening to […]

After a week of decidedly avant-garde recordings that glance off the side walls of contemporary jazz, Nicholas Brust and his latest album, Frozen in Time, are a needed respite. Referred to as a “premiere saxophonist […]