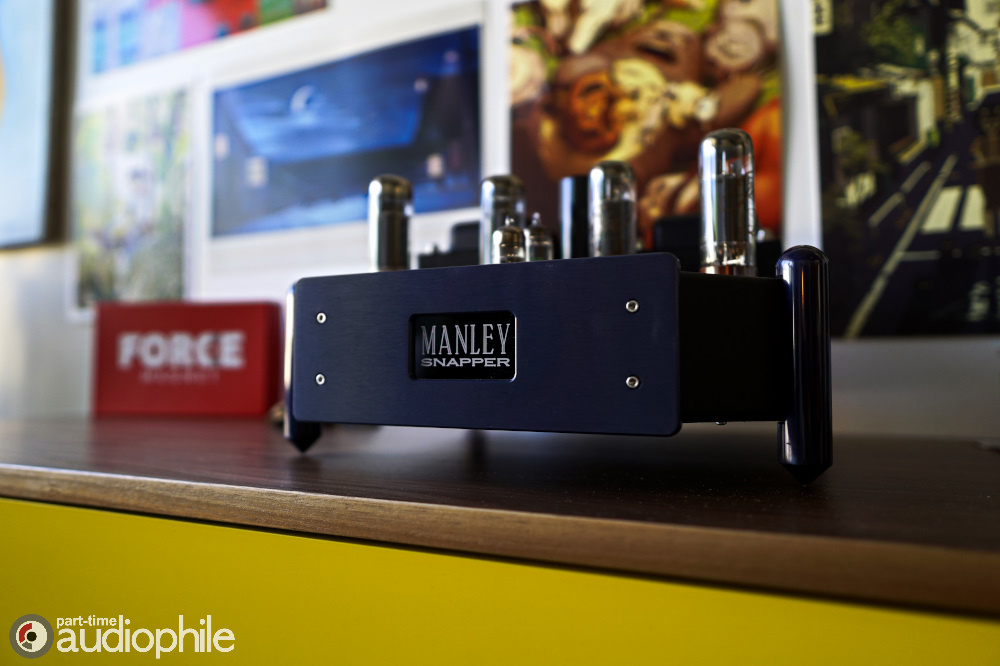 “What are those light bulb things?”

My roommate asked that as he bent over the Manley Labs Snapper Monoblock Amplifiers with his camera in hand. The downtown Los Angeles skyline tinted the sky charcoal grey and I had to admit, even in the depths of my current obsession with the Naked and the Bauhas architectures, this scenery made a romantic backdrop for the Snappers. Tubes glowing—delightful, tubes glowing against the evening backdrop of America’s westernmost Art Deco capital. Who says that Paris gets the je ne sais quoi all to itself?

Je ne sais quoi, however, is far from the name of the game when it comes to the Manley Labs Snapper Monoblock Amplifiers—these puppies are strong and fun. EveAnna Manley (interview HERE), someone I count as a friend, mentor and hi-fi hero, told me the Snappers were extensively tuned and tweaked in some very cool Los Angeles mastering studios. That aforementioned fun and the absence of extra sonic romance are two of the things that make these amps completely transparent, and my personal reference amps. 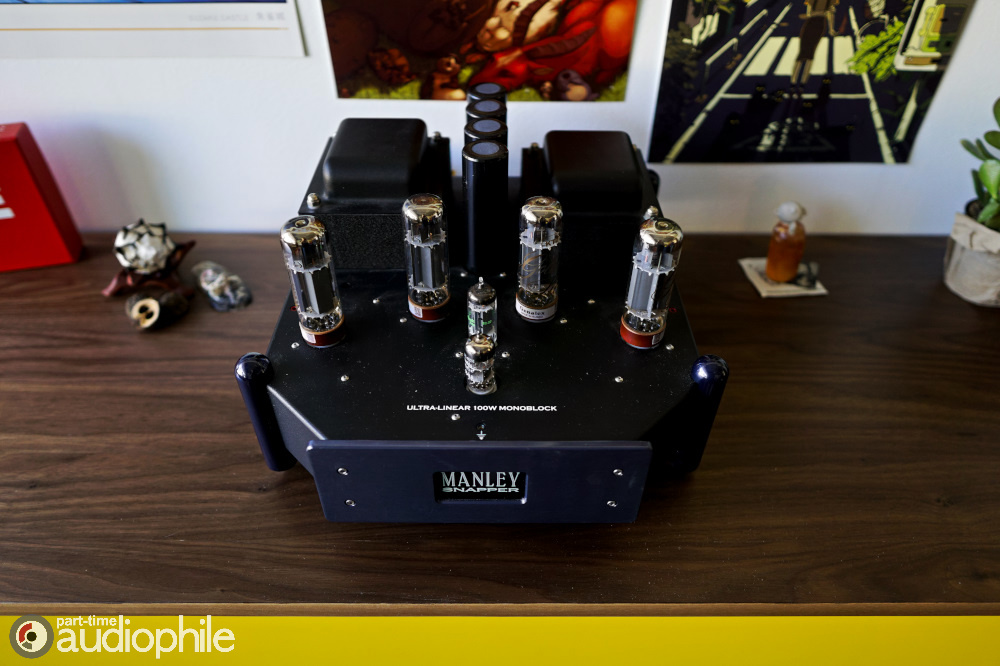 Yes, I’ve purchased these Manley Labs Snapper Monoblock Amplifiers, and not recently. I’ve owned the Snappers for a year or so and I figured it was finally time—since I’m already intimately familiar with them—to sit down and collect my thoughts. But first I ought to mention that the Snappers are really two amps, and not just because they’re monoblocks. They have a special Triode/UltraLinear switch on the back which reassigns the pin-wiring scheme on the tubes to allow for operation as either a high-powered UltraLinear amplifier or a balanced Triode amplifier with half the UltraLinear wattage. 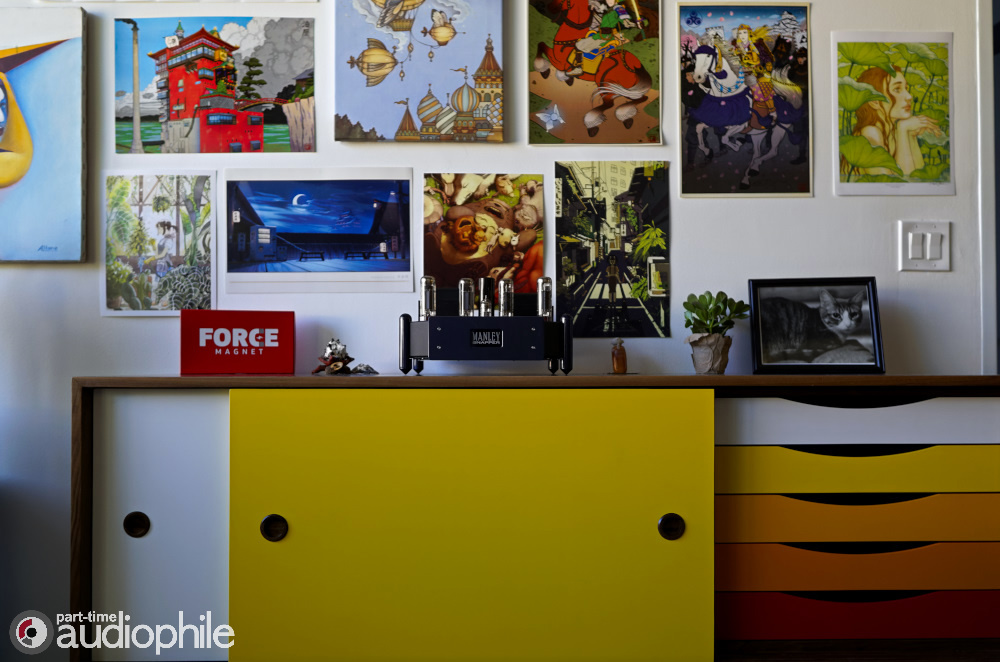 In the course of owning the Manley Labs Snapper Monoblock Amplifiers, I’ve experimented extensively with them in both UltraLinear and Triode modes and on a vast array of different speakers and through both single-ended and balanced inputs. Magico, Vandersteen, Dynaudio, Focal, Revel, Wharfedale, KEF, both big and small. When I include my current reference speakers, the ProAc Response D30RS, that rounds out all of the speakers that have been coupled with the Snappers. While other amplifier choices proved to be more synergistic matches with some speakers, the Snappers were never anything other than an exceptional choice for all speakers. Occasionally, warmer or very large power hungry speakers seemed to favor the dimensionally flatter but more forward presentation of high-current solid state amps. Some very large Vandersteen or Dynaudio speakers (like these) simply seemed to sing in their own particular way with other, often brighter solid state choices at a comparable price.

What the other amplifiers always lacked however is one of the two defining characteristics of the Manley Labs Snapper Monoblock Amplifier’s sound. It’s like a high quality, hand-thickened gelato, where the layers are delicate and dense. So it is with the Snappers. There is no “extra sugar” if you will, no typically “tubey” warmth, goo or smear, only layers and layers of textures displayed in the room as if by holographic projector à la Star Trek. This is aided by the Manley’s second defining characteristic, which is a wonderful linearity and neutrality to the sound. If flavor comes in profiles, the Manley’s standing sideways would be Flat Stanley, completely free of any frequency response anomalies that would give it away as being less than transparent. 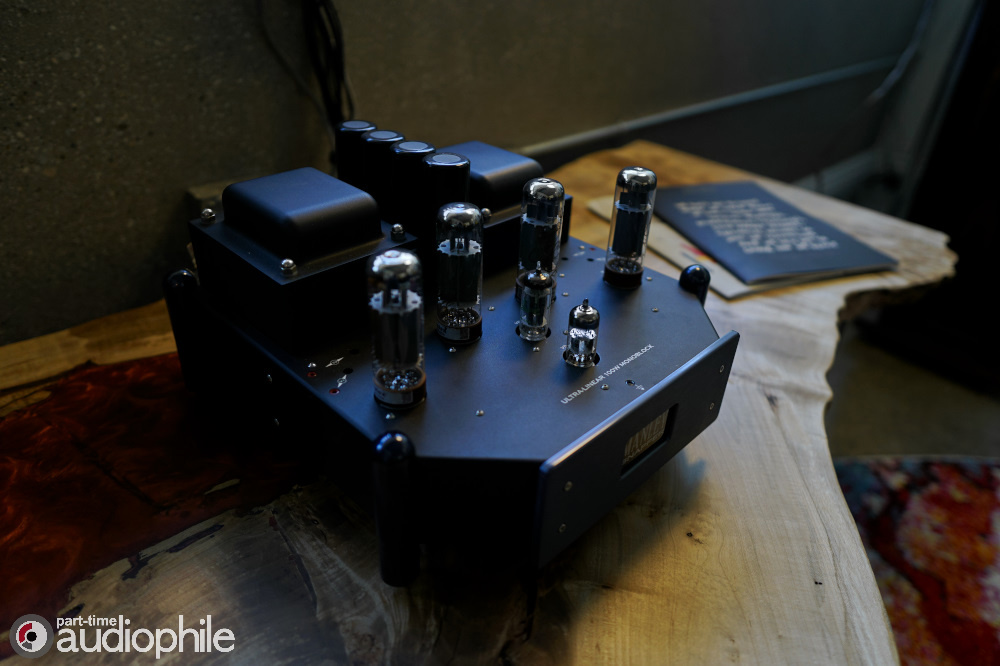 Let’s examine that a bit though, since every component has a sound. In the treble, the Manley Labs Snapper Monoblock Amplifiers are smooth but certainly not rolled off, and actually they have even a little more treble energy than some of the mellower solid state choices in the same price range. In both the midrange and treble, what really stands out is a kind of layered, inner detail. Some have claimed Manley gear is ultra-punchy and dynamic, which in some situations might imply a kind of forwardness, but this is quite the opposite. The Snappers sound like they have ample headroom, and they don’t compensate in either the bright or dark direction. The midrange and treble have low coloration, and if anything have a slight propensity towards clarity over warmth.

With regards to the dynamic behavior of the Manley Labs Snapper Monoblock Amplifiers, the level of slam and punch is amply present when called for, and I heard nothing that indicated either too much or too little damping. Some of the solid state alternatives I’ve compared it to had a very damped, super-fast and tight sound, but this was a paintbrush that was applied across all music. The Manleys seemed to mimic a bottle of turpentine, wiping away coloration and revealing the recording and mixes for what they were—some tight, some loose, some analytical and some rich-and-saturated. The Snappers never feel like they are under-powered or antiseptically clean. 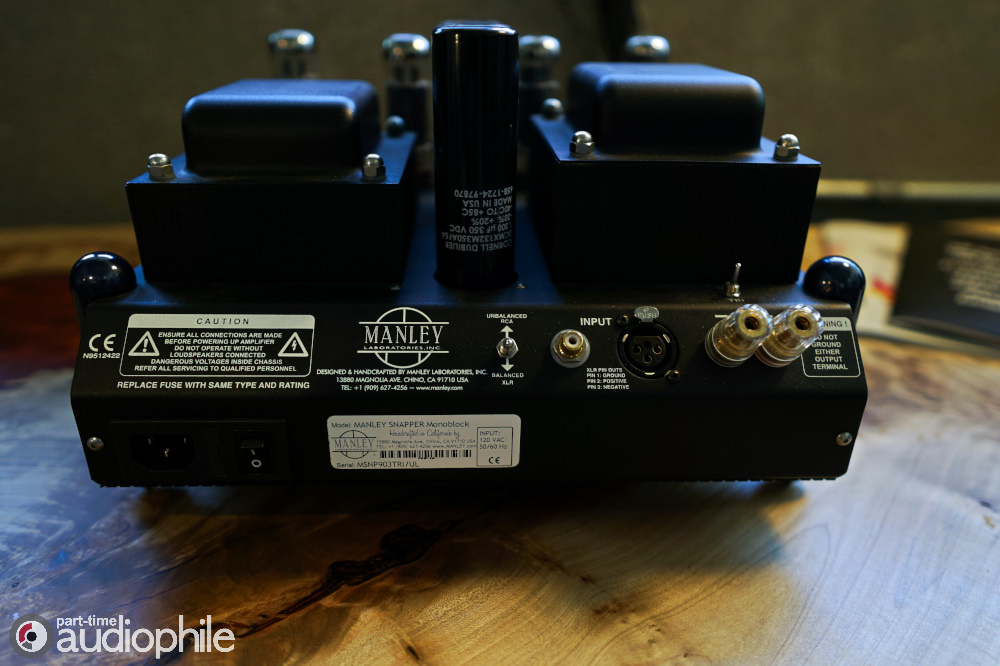 EveAnna Manley claims the MANLEY IRON® transformers in the Snapper Monoblock Amplifiers can deliver 100 watts full-power at 20Hz, and while solid state amplifiers I’ve had in-house, from the likes of Pass Labs or Hegel have a sharpness and focus to them, I never heard the Snappers delivering too little bass. Mind you, this wasn’t that “transformer saturation“ bass that gets saggy and unpleasantly bloated in the bottom end—this is full-on Ex-Lax-free bottom end. Fast and explosive, tight when called for and loose when called for. Speaking to the transparency of the Snappers I mentioned before, this is one thing it does remarkably well over any other tube amp or solid state amp I’ve compared. What the music calls for is what I hear, bright, warm, forward, airy, it’s all there served up sans Je ne sais quoi.

The Manley Labs Snapper Monoblock Amplifiers also have the added bonus of telling me a lot about my associated gear. Bright preamps and DACs sound bright, and dark ones dark. Neutral ones? Well, in my current setup I recently dropped in the Mola Mola Makua I have in for review and its sheer transparency was on full display. It stripped back details and layers in recordings and opened up spatial details like a Hibachi chef mincing Wagyu beef, cutting in just the right spots to reveal the best flavors. By contrast, I had an LTA Preamplifier in my system briefly. It revealed its characteristically rich but clean OTL character. Though the LTA gear certainly isn’t overly warm by my estimations, it was certainly warmer than the Snappers because I could immediately hear the nuances in its contribution. 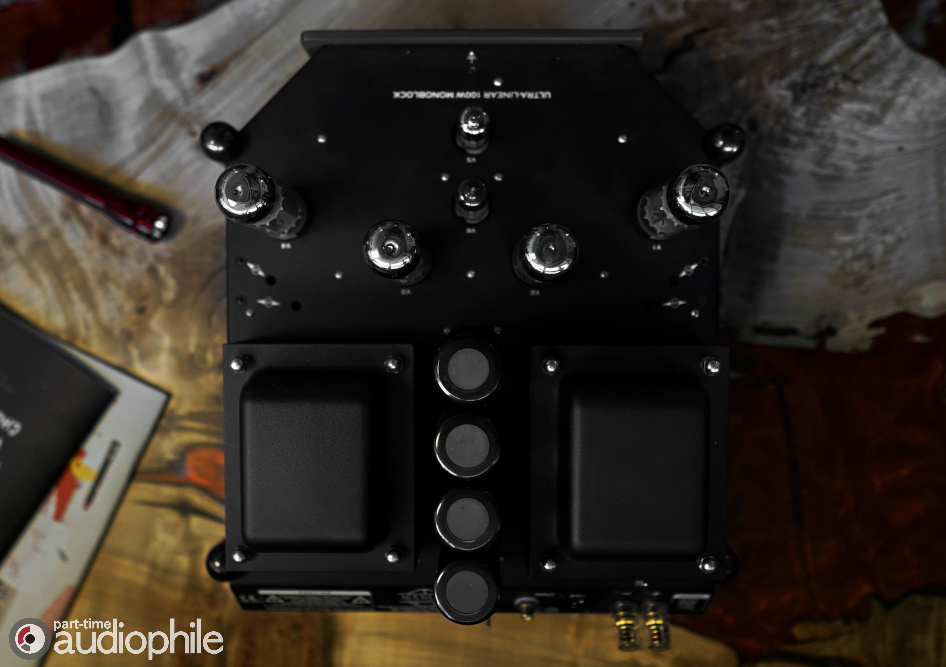 The Manley Labs Snapper contributed an even-handed transparency and refinement, if it can be called that, that took a further turn for the positive when I did some tube rolling. I picked some old Mullard CV4004 tubes for inputs and Genelex Golden Lion KT-77 for the outputs. The cash outlay for eight output tubes plus two rather nice input tubes was a bit hefty, and my expectations were high. To my great surprise it was not the UltraLinear mode that benefited from them, though there were some very modest gains in clarity and smoothness. It was, instead, the Triode mode. Between the two modes, UltraLinear is the obvious choice for the larger speakers I’ve mentioned, pairing particularly well with the Magico A3 and Revel F228Be speakers.

Triode mode with the right speakers, using the Manley Labs Snapper Monoblock Amplifiers’ factory-stock Tung-Sol tubes, can be a wonderful experience. But the sound is a little looser, trading some punch and clarity for extra richness, and trading some bass for a midrange tonality  to die for. With the KT-77s the story was completely different. Triode mode and UltraLinear on my reference ProAc Response D30RS towers and currently in-house Focal Kanta No. 2 towers are virtually indistinguishable in the bass, and in fact all frequency ranges. There is a titanic slam and dynamic to every range, and Triode mode now simply exudes more detail, more musical texture and an image that has more in common with Photo-realism than Impressionism. It compliments the ModWright PH 9.0 phono preamplifier that I also have in for review.

The suggestion of a fuzzy, creamy richness at the expense of technicalities is no longer an issue, and I know I’ll enjoy the full frequency range in either mode now, but I leave the Snappers largely in Triode mode simply for that extra perception of detail. In Triode mode they have a spooky, haunted-house-jump-scare level of detail, as much as I’ve ever heard from my system. Consequently, my couch is now quickly acquiring a distinct, butt-shaped sag where the sweet spot is located.

If the Manley Labs Snapper Monoblock Amplifiers were a city, they would be Toronto. They would be the straight A student who doesn’t need to show off, who throws birthday parties at comic book shops and goes to bed early enough to be mostly rested but still late enough to allow room for a little mischief. A night on the town means a concert in the park and a visit to the local Tea & Board Game Cafe, and so it is with the Snappers. They hit all three Rs that straight A student does—Rocking Out, Relaxing and Refinement. As the music flows, so do the Snappers portrayal of it. If you’re looking for a tube amp that can play with the high-powered solid state and the flea-watt SET amplifiers and yet bring home the transparency and leave any annoying coloration behind, the Snappers carry my highest recommendation.

If you think the cake is a lie? That’s only because I’ve already had the cake, ate the cake, went back and snapped up the seconds. 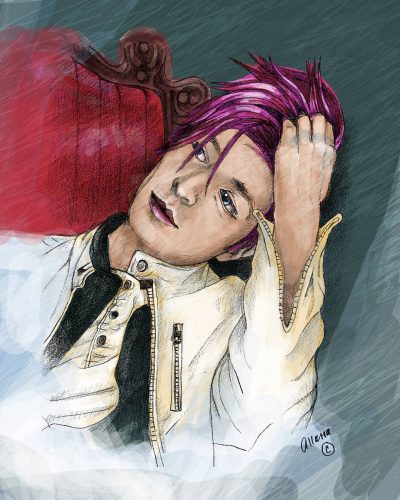 About the Author, Grover Neville

Grover is recent transplant to Los Angeles, CA and a graduate of the Oberlin Conservatory, where he studied music, creative writing, and how to wear skinny jeans. After graduating Grover pursued a freelance career in audio, doing professional research in the fields of Auditory Cognition, Psychoacoustics and Experimental Hydrophone Design. Before moving to Los Angeles, Grover worked and lived in Chicago, Illinois as a mixing and mastering engineer. Working in genres such as Avant-garde Classical music and Jazz. As a recent transplant to L.A., Grover now works in the music, video game, and film industries. He is also actively pursuing a career as an independent musician, composer, and producer. Grover wrote for Innerfidelity and Audiostream, before finding his forever-home at Part-Time Audiophile. 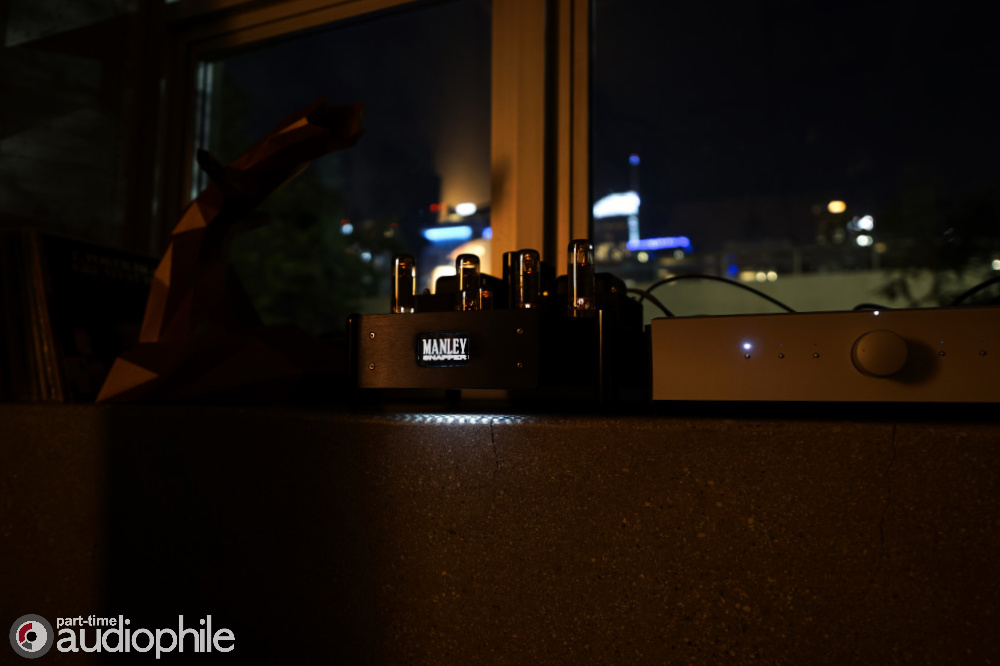 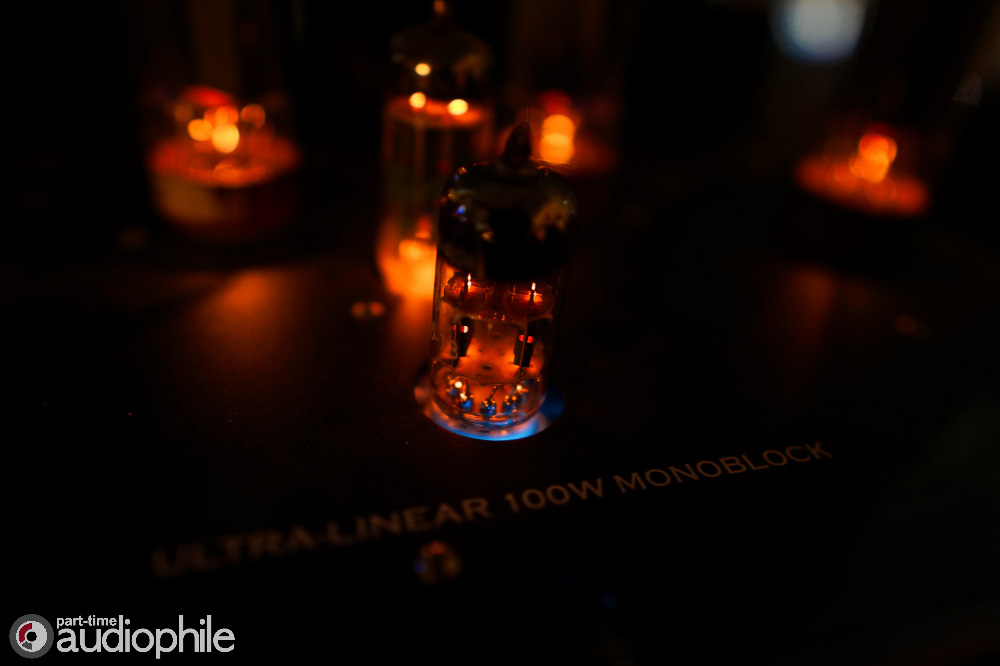 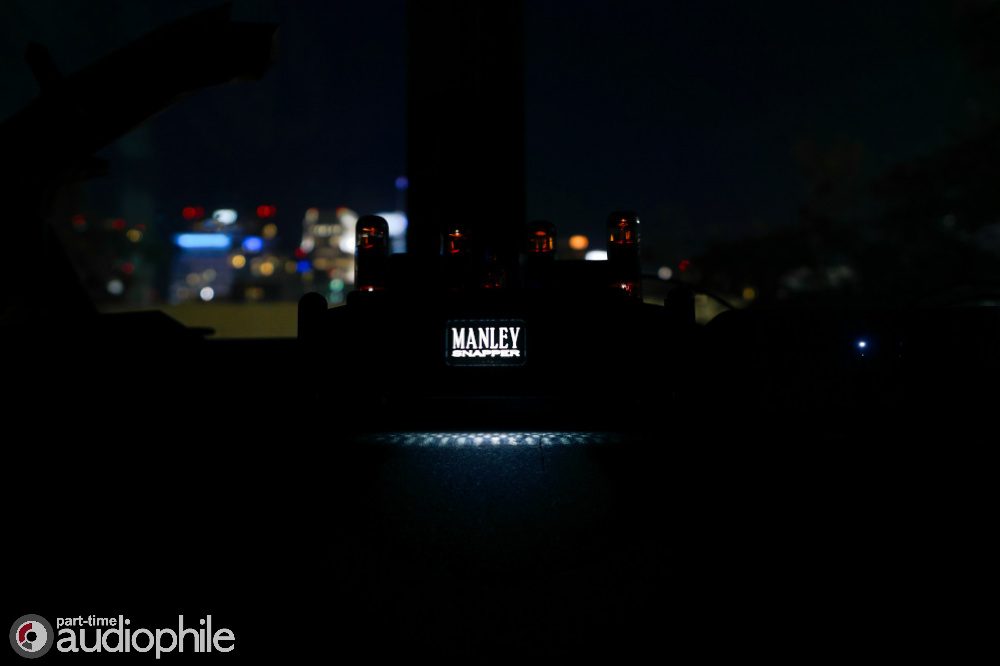 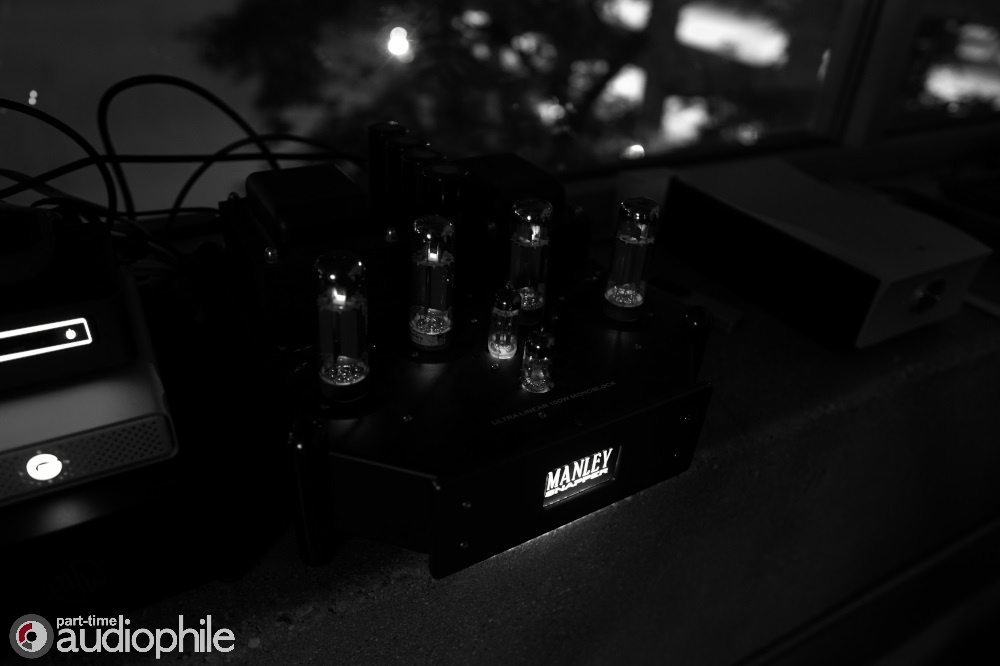 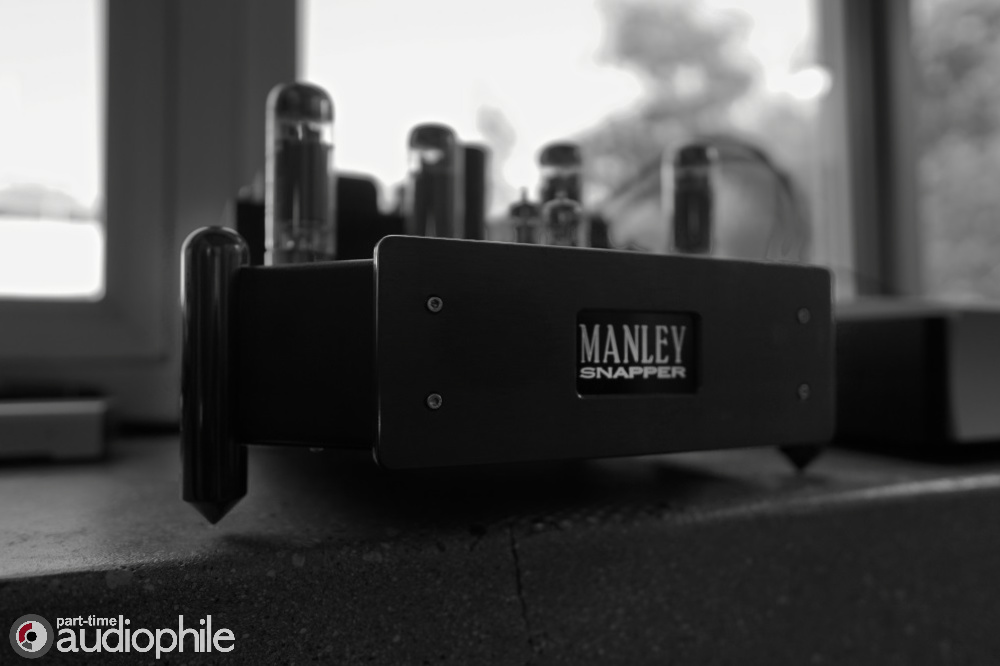 Things that go together: Peanut butter and jelly. Bread and butter. Beans and toast. Natural matches! Okay, well, everything except that last one — the English are just weird. Things that don’t match: Solid state […]

Longtime British loudspeaker company KEF always has made sure it has models to fit almost any audiophile’s budget, from simple, compact monitors to large, sophisticated statement designs. These days, though, KEF appears to be going […]

Sometimes, you just have to do it. Whatever “it” is. So long as no one and nothing gets hurt, a little fiscal indiscretion is a forgivable thing. This is what I tell myself when I […]