Each of the iconic American brands are to team up and take the world out for one hell of a drive. From providing the amplifiers that powered Woodstock, to driving up the steps of the U.S. Capitol, both McIntosh and Jeep have individually inspired some of our culture’s most influential moments, while keeping innovation at the heart of what they do. 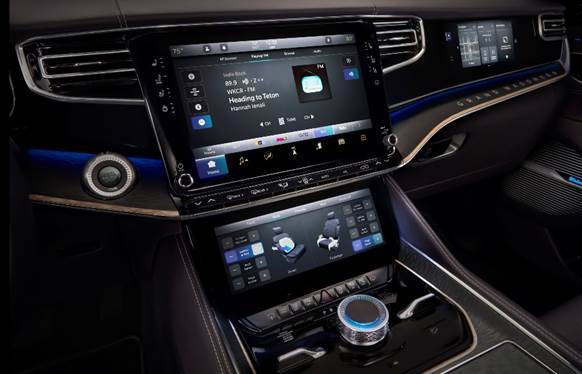 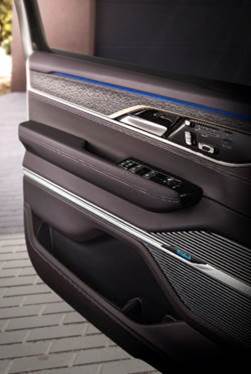 The seamless design integration of McIntosh’s iconic styling cues with blue lights and aluminum frames will make the system instantly recognizable to McIntosh lovers worldwide. This is the only current concept vehicle in the world to showcase a McIntosh sound system and marks the high-end audio brand’s first automotive application in nearly two decades.

Since 1949, McIntosh has provided its customers with high-end home audio equipment handcrafted in their factory in Binghamton, NY. Notwithstanding its legacy in home audio, McIntosh is no stranger to car audio having delved into both OEM and aftermarket fitments in the 1990s. In the new millennium, McIntosh developed custom solutions for Harley Davidson special editions, and the 100th anniversary edition of the Ford GT.

To bring the McIntosh luxury home audio experience into the concept vehicle, designers and engineers from both companies worked hand-in-hand to fuse form and function into the design of the sound system. The aim is to carry forward McIntosh’s sound philosophy from a static to a mobile environment with acoustics that are powerful, authentic, transparent and detailed.

“Like McIntosh, the Grand Wagoneer is a true American icon,” said Charlie Randall, President of McIntosh Laboratory, Inc. “Working with the Grand Wagoneer team to bring these icons together on a concept vehicle has definitely rekindled our passion for a high-end audio experience in an automobile. As a company, when we tap into our passion for audio excellence, the outcomes are plain to see…and hear.”

The collaboration is a great American comeback story — the return of the original premium SUV and the return of the McIntosh luxury audio brand to automobiles. The prestige of the Grand Wagoneer was the perfect stage to showcase McIntosh’s first-ever automotive Reference system. It has been meticulously designed to deliver world-class audio performance for life on the road. McIntosh Reference systems have long been the gold standard in luxury home audio with an uncanny ability to transport the listener onto the stage with the performer. The McIntosh Reference system found in the Grand Wagoneer concept will reset the bar for luxury car audio, challenging perceptions on just what’s possible. And with screens for the rear passengers, having a McIntosh system in the Grand Wagoneer Concept just might make this car the best place for a great night in.

Founded in 1949, McIntosh Laboratory, Inc. is known for offering distinguished quality audio products, superior customer service and the ultimate experience in music and film. All McIntosh products are handcrafted at the Binghamton, NY factory by over 150 employees with a passion for music and the McIntosh heritage. McIntosh continues to define the ultimate home entertainment experience for discriminating consumers around the world, with the iconic “McIntosh Blue” Watt Meters globally recognized as a symbol of quality audio. Since its inception, McIntosh has been powering some of the most important moments in music history and pop culture. From President Lyndon Johnson’s inauguration speech to Woodstock to the famous Grateful Dead “Wall of Sound,” McIntosh has not only witnessed history, it has shaped it. With McIntosh, customers have the ability to create their own premium audio experience – and truly live their music. For more information please visit www.McIntoshLabs.com

Our very own John Stancavage teased the release of this amp last week HERE. Seems like McIntosh is unveiling a new model every month this year. This is a very good thing indeed, as the […]

The hits keep coming from McIntosh Labs. Apparently the iconic American high-fidelity company can’t stop itself from launching new products, something you won’t hear any complaints from me about. The latest announcement from the Binghampton, […]

For a lot of folks, McIntosh Labs gear (website) is the stuff that audiophile dreams are made of. The idea of actually owning and using this gear, especially something as impressive as their new McIntosh […]