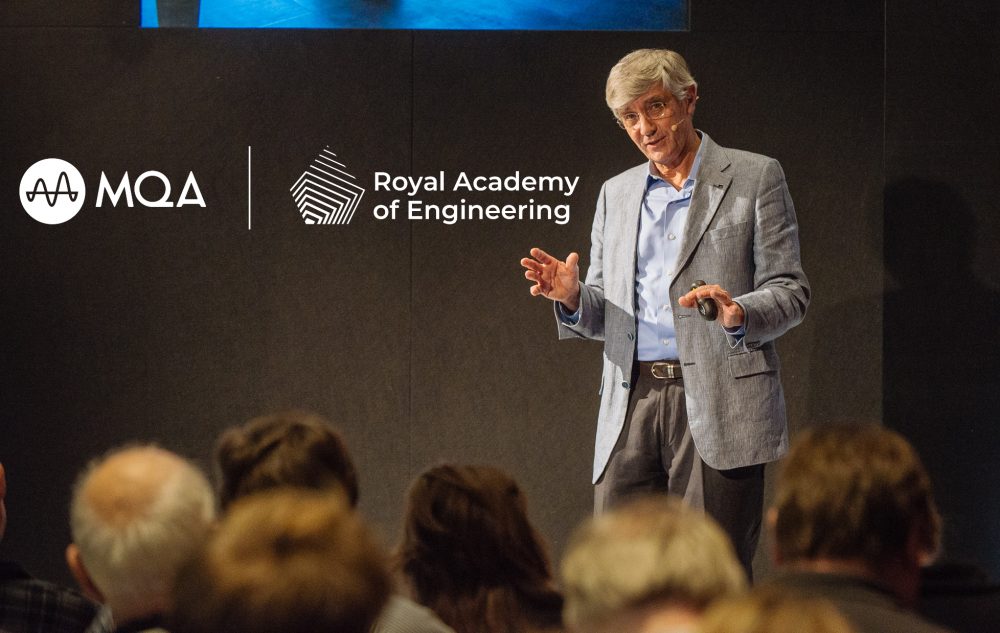 LONDON, UK (PTA) — Congratulations are in order for Bob Stuart, the pioneering audio engineer behind MQA. Stuart is the first audio engineer to receive the award in its 20-year history. Several recording industry giants shared positive thoughts and comments on the announcement of Stuart as this years winner. More details enclosed below. 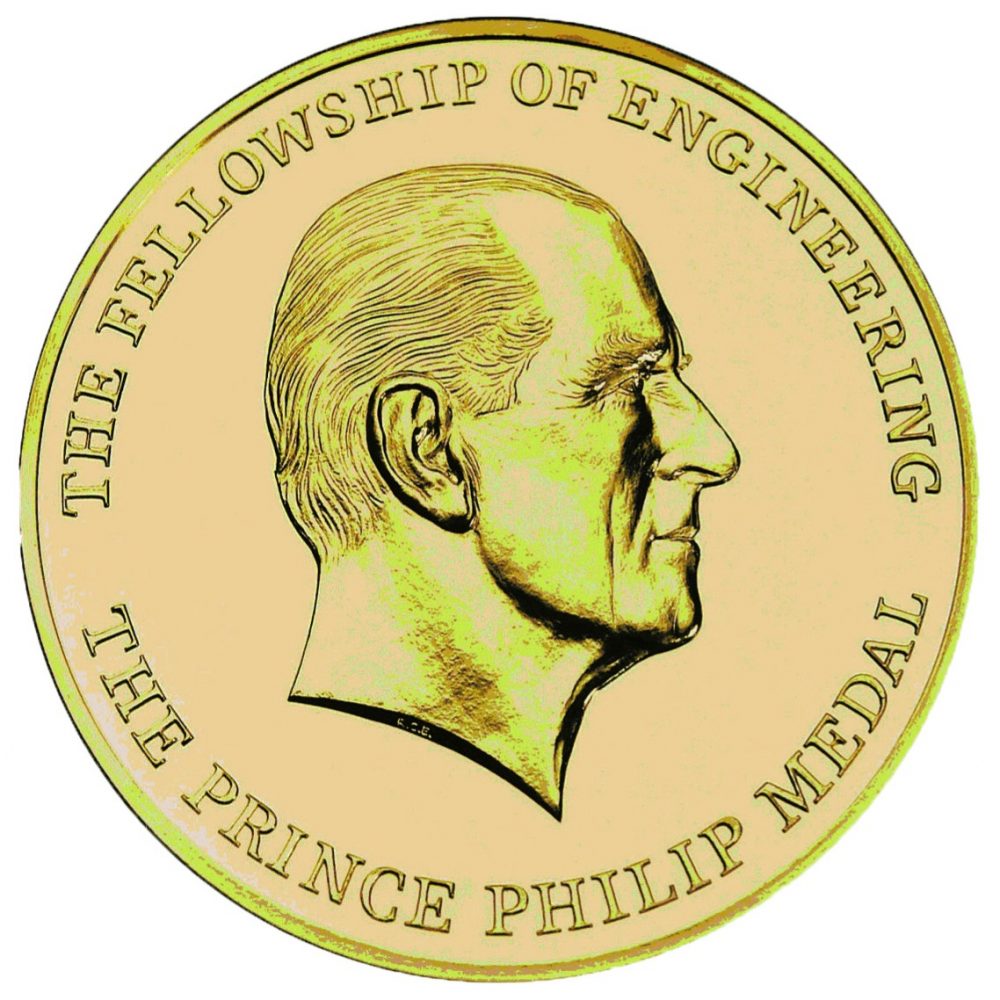 Prestigious award presented to Founder of MQA for Career of Innovations

Bob Stuart, creator of MQA and co-founder of Meridian Audio, is awarded the Royal Academy of Engineering Prince Philip Medal for ‘his exceptional contribution to audio engineering which has changed the way we listen to music and experience films’. Stuart is the first audio engineer to receive the award in its 20-year history.

Commissioned by HRH Prince Philip, The Duke of Edinburgh KG KT, Senior Fellow of the Royal Academy of Engineering, the Prince Philip Medal is awarded periodically to an engineer of any nationality who has made exceptional contributions to engineering through practice, management or education.

In accepting this award, Bob Stuart reflects: “Audio engineering sits at an intersection between analogue and digital engineering, music and the human listener. My passion to enable great sound recording and playback has required a multi-disciplinary approach, but that quest to preserve and share music performances is very satisfying and important. I am honoured and humbled to receive this award from the Royal Academy of Engineering.”

Legendary, multi-Grammy Award winning Mastering Engineer, Bob Ludwig, shared his thoughts: “Bob Stuart is a connoisseur of both engineering and music and that is what sets him apart. He is like a mastering engineer – he knows what music is supposed to sound like, so he isn’t blinded by theory or technology. If something does not sound right to his ear he will quickly reject it and explore a more musical way of accomplishing his goals. The invention of MQA improved the sound clarity that was blurred by digital components and as a musician, I am so delighted for my ears to be the recipient of Bob’s creation and to use it in my work.”

Grammy-winning Producer and Engineer, Morten Lindberg had this to say: “With the invention and development of MQA, Bob has provided audio engineers and music producers all over the world with a mindset and tools to work with digital audio in an holistic perspective. His interdisciplinary research combining neuroscience, psychology and advanced physics with audio engineering now makes it possible for music production to maintain true analogue qualities in the digital domain. Bob is the kind of person who goes beyond the call of professional duty and ‘becomes’ his work.”

George Massenburg, pre-eminent Producer, inventor and teacher, added: “For decades, research in modern digital audio has been confused by outdated foundational precepts, misled by chimerical goals or commercial pressure and hampered by ever-so-slowly evolving knowledge in the fields of science and hearing perception. Bob Stuart has risen above these challenges time and time again. Only the accomplished researcher whose heart and soul has been captivated by the sublime experience of superb, transparent music recording and reproduction could achieve so well what Bob has accomplished for so many years.

Our job as producers is to connect an artist’s vision and intent with listeners; the ability to share our work has been deeply compromised in the last 30 years, with a seemingly endless “lowering of the bar” of audio quality. Thus, I’m deeply impressed by the performance and technology of MQA — its faithful rendering of nuance, complexity, sound stage and detail, lifts the veil. Knowing that my work can again be heard by an enthusiastic audience gives me a reason to go back into the studio. I feel strongly that Bob’s work, in MQA will have a tremendous impact on the music industry.”

In 2012 Bob decided to focus exclusively on developing technology that would be both better and more efficient at preserving realistic and natural sound when capturing, recording, distributing and playing back digital audio – a project of huge scope. The resulting technology takes a revolutionary approach, is underpinned by two decades of research and informed by recent insights from auditory science and signal processing. Following a couple of years working closely with the recording community, Bob launched MQA (Master Quality Authenticated) in December 2014. MQA captures every element and nuance of sound and is particularly faithful in reproducing the micro-dynamic and temporal details which preserve spatial information and ensure a more realistic and enjoyable result for the listener.

folding technique that efficiently packs complete information into the recording.This small file can be streamed efficiently with or without video and enables a new generation of highest-quality recording to be enjoyed in all modern listening scenarios. Devices or apps with MQA decoding capability can fully ‘unfold’ the information to reveal the original master resolution; they will also authenticate the file to guarantee that it is the definitive master recording from the label. Supported by highly respected record producers and mastering engineers, MQA’s innovative technology has also been adopted by artists and record labels. Sony Music, Warner Music, Universal Music and Merlin (on behalf of independent labels), are all licensed partners. This means the availability of MQA music continues to grow worldwide and MQA powers some of the best music streaming services at a global level.

The technology also has wider applications, as recently demonstrated in ground-breaking productions within the areas of broadcasting, live-streaming and video-on-demand. Wherever audio lives, MQA can transform the listening experience.

Bob studied electronic engineering and acoustics at the University of Birmingham and operations research at Imperial College, London. In 1972 while working at Cambridgeshire start-up Lecson Audio, Bob met industrial designer Allen Boothroyd. The duo’s debut design, the Lecson AC1/AP1, won the Design Council Award – the first of a record three Design Council Awards for Bob and Allen, and marked the start of a 40-year partnership.

In 2014 he founded MQA Ltd where he is currently Chairman and CTO. While at Meridian Audio, Bob pushed the boundaries of high-performance analogue and digital audio and video technologies. His deep interest in human auditory science drove a lifelong passion to improve the way we hear recorded music.

In the 1990s Bob led the team that pioneered lossless compression for audio and introduced it to the industry. In 2000, Meridian’s MLP lossless encoding was adopted as the standard for DVD-Audio and subsequently in 2005 for Blu-ray, when it was acquired by Dolby Laboratories. Innovations in product design included the world’s first consumer digital and DSP loudspeakers and audiophile CD players. Bob and Meridian Audio were also behind the sound systems for the McLaren P1 supercar, for many models of Jaguar Land Rover as well as a sector-defining collaboration with Ferrari, the F80 all-in-one digital audio system.

Bob is a lifelong student, researcher and teacher and has published several important papers on audio engineering. He is a Fellow of the Audio Engineering Society and has served on technical committees in the USA, Japan and UK.

The Prince Philip Medal is the latest award to recognize Bob’s remarkable, and continuing, contributions to the world of audio engineering.

In 1989, HRH Prince Philip, The Duke of Edinburgh, Senior Fellow of The Royal Academy of Engineering, agreed to the commissioning of a gold medal to be ‘awarded periodically to an engineer of any nationality who has made an exceptional contribution to engineering as a whole through practice, management or education’, to be known as the Prince Philip Medal. It is awarded every two years.

The Royal Academy of Engineering is harnessing the power of engineering to build a sustainable society and an inclusive economy that works for everyone. In collaboration with our Fellows and partners, we’re growing talent and developing skills for the future, driving innovation and building global partnerships, and influencing policy and engaging the public. Together we’re working to tackle the greatest challenges of our age.

Using pioneering scientific research into how people hear, the MQA team has created a technology that captures the sound of the original studio performance. The master MQA file is fully authenticated and is small enough to stream, while also being backward compatible, so you can play MQA music on any device. MQA’s award-winning technology is licensed by labels, music services and hardware manufacturers worldwide and is certified by the RIAA. MQA is a UK-based private company.

CES 2019: TIDAL Masters on all Android devices and MQA momentum

Garth Powell, a lifelong audio engineer from AudioQuest keeps attendees on the edge of their seats as he discusses AC Power.  We always enjoy his wealth of experience and compelling demonstrations.   This time, AudioQuest was announcing the […]

Even though it’s Labour Day around the world, and we’re all supposed to be doing our level best to avoid work like the plague, I felt compelled to bring you news that digital-music juggernaut MQA has […]