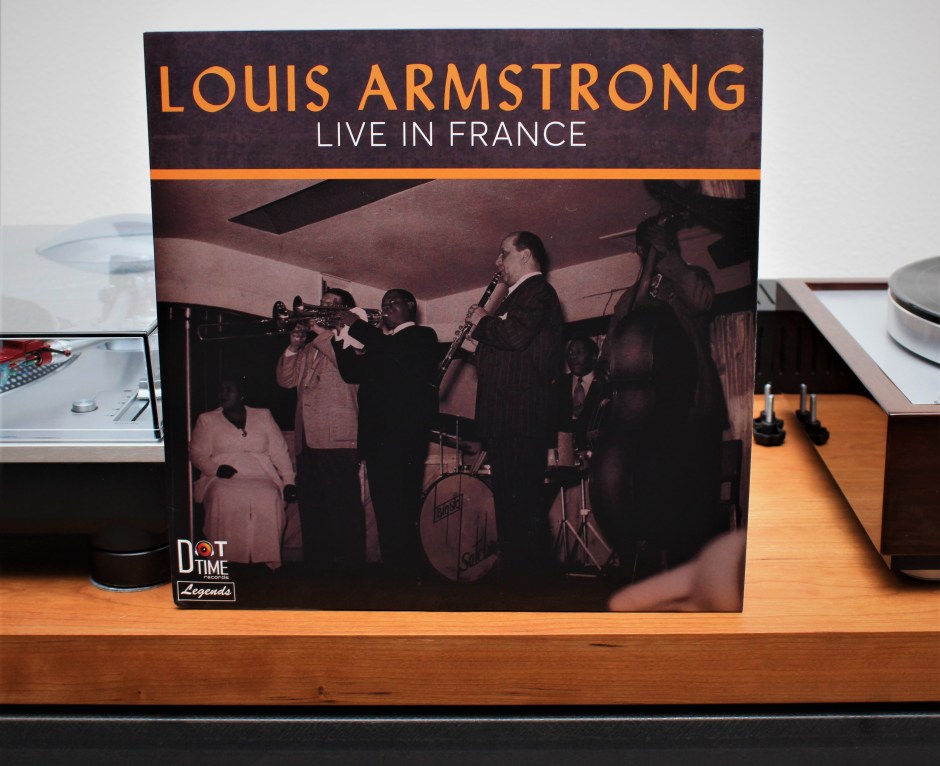 Many years ago, an audiophile buddy of mine said that the difference between an audiophile and a music lover is that the audiophile won’t truly appreciate mono recordings, especially those that are considered historically important because they represent a lost moment in time. The tide has changed somewhat, especially since many audiophiles have been prompted to appreciate monaural recordings reissues–Louis Armstrong and Ella Fitzgerald, I’m looking in your direction–when the tonality is preserved. Louis Armstrong Live In France, another essential from Dot Time Records, poses a dilemma for audiophiles–will you buy something like this? Is it of value to you? It should be.

Louis Armstong Live in France captures an important moment for the titular trumpet player and bandleader. Taken from performances at the 1948 Opera de Nice Festival, this LP shows another side to Armstrong, the intense and unrelenting side. According to trumpeter Humphrey Lyttelton, who was there, he was “quaking at the ferocity with which he directed the band. If Sid Catlett’s drums started to intrude too heavily upon a solo, Louis would turn to him and hiss like a snake.” 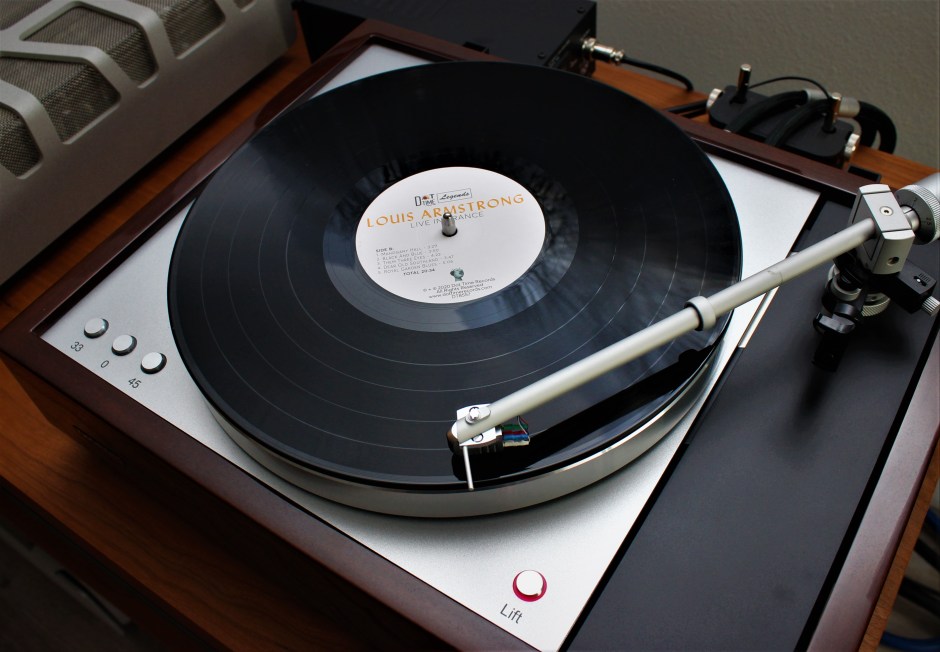 In other words, Louis Armstrong Live in France is all about the music, the heated performances and the suddenly available document of a gig long talked about but seldom heard. Just look at the line-up–in addition to Armstrong and Catlett, you get Jack Teagarden on trombone, Barney Bigard on clarinet, Earl Hines on piano and Arvell Shaw on bass. Not too shabby. The downside, of course, is the small perspective on the event. The original source material was donated by the Louis Armstrong House Museum, and we can only imagine its condition when handed over to Dot Time. It sounds like a historical recording, with historical, pre-stereo recording quality that can sound like it’s coming out of an old rotary phone. That’s why you need to scoot your listening chair forward and really appreciate what this recording is.

Dot Time has performed a valuable service to the music lover community by releasing this LP. Louis Armstrong Live in France could have been a sloppy release put out by a record label that’s just looking to cash in. Instead, we get a pressing that is dead silent, so you aren’t struggling to hear the magic over all sorts of surface noise. This certainly isn’t an expansive sound–in fact, it’s kind of the opposite–but the tonality of this band is superb. You can hear that intensity in every note, that feeling that this European tour is important because the Europeans got Louis a long time ago and they never let go.

That’s the spirit you should have while listening to this remarkable discovery. If you love Louis as much as I do, you’ll appreciate this utterly new perspective on his genius and consider it mandatory for any record collection.

If you’re an analog, aka vinyl lover, I’ll cut to the big magilla: John Lennon’s remastered solo debut LP, Plastic Ono Band, humiliates the original 1970 US pressing. The new pressing, which I assume was […]