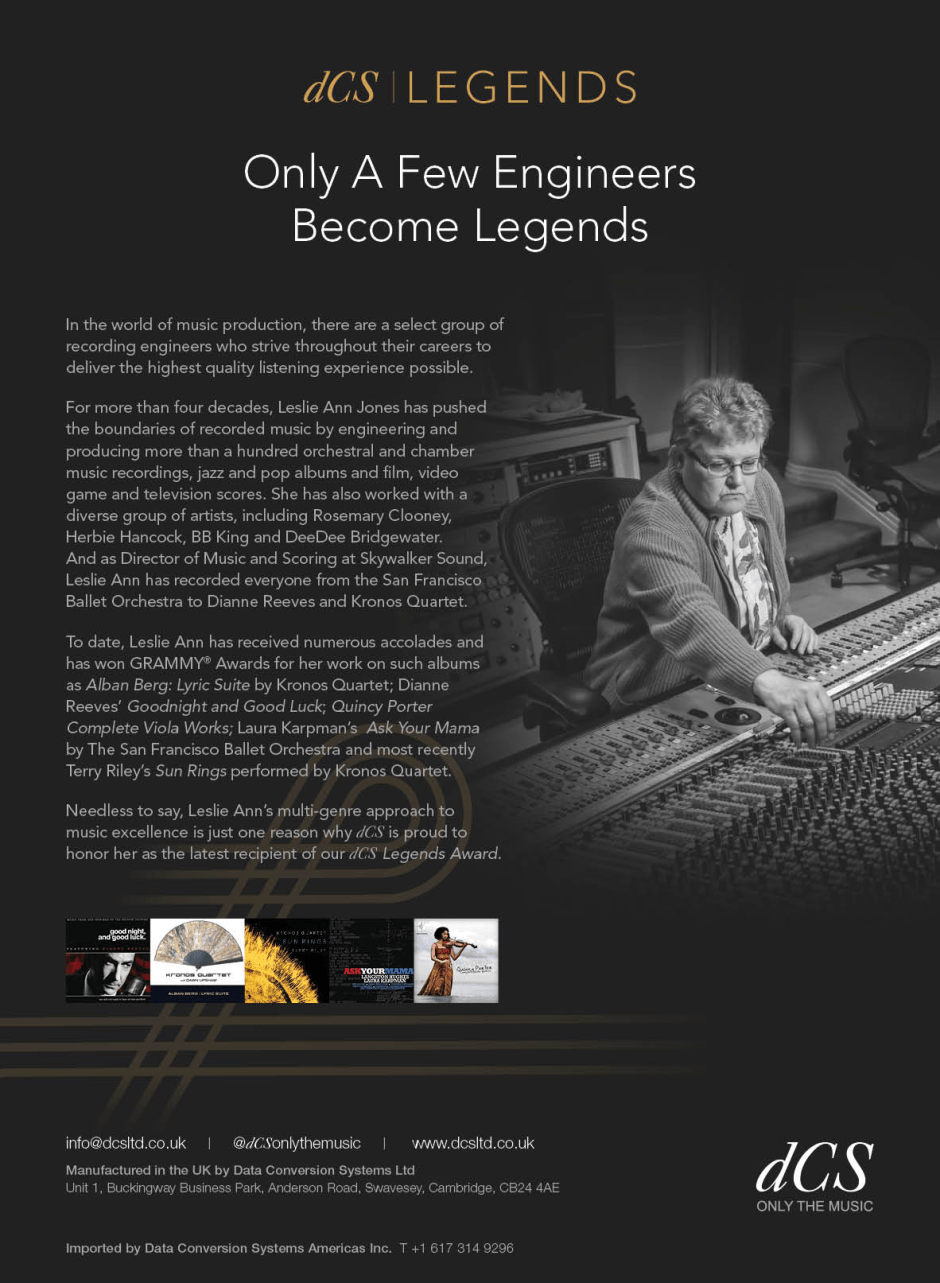 With the first round of our coverage of the dCS Legends series, I did an interesting and possibly misguided thing. When I mentioned the recording engineers honored by dCS, I’d trot out their Grammy-winning LP and listen to it. Why would I do that when we’re talking about dCS, a company at the pinnacle of digital playback? Unfortunately, I still haven’t had seat time with the dCS Bartok that the rest of our staff adored, so I have to come up with a purer way to acknowledge the work of the next honoree–Leslie Ann Jones, Director of Music and Scoring at Skywalker Sound.

It just makes sense to listen to the Grammy-winning output of Leslie Ann Jones by streaming Qobuz, especially when you consider the Skywalker Ranch technology that has flowed into the entertainment industry. (Does anyone else miss getting blasted by that THX demo in big movie theaters?) But when you look at the Grammy winners, you’ll notice a lack of the bombastic: Alben Berg: Lyric Suite by Kronos Quartet, Dianne Reeves’ Goodnight and Good Luck, and three other mentioned above.

I own the Alban Berg album on CD, but as I mentioned I decided to stream it. I did have an obsession with Kronos Quartet when I was younger. They were at the vanguard of my introduction to modern and experimental music when I was in college, and listening to this 2004 recording reminded me of those days where anything could happen. There’s an anticipation, a feeling that no matter what you’re about hearing something new and different, and Leslie Ann Jones knew how to make it sounds as clean and majestic as possible without losing that edge of quiet.

By the way, the Goodnight and Good Luck soundtrack is something I need to investigate, having loved the movie.

The First Watt F8 is the latest amplifier design out the door of famed audio legend and designer Nelson Pass’ barn. I don’t know about you, but I get a bit excited whenever a new […]

Colleen has told me once or twice that she wishes I would play more music for her in the evenings, when she comes home from work. She’s a great cook, but sometimes she needs musical […]