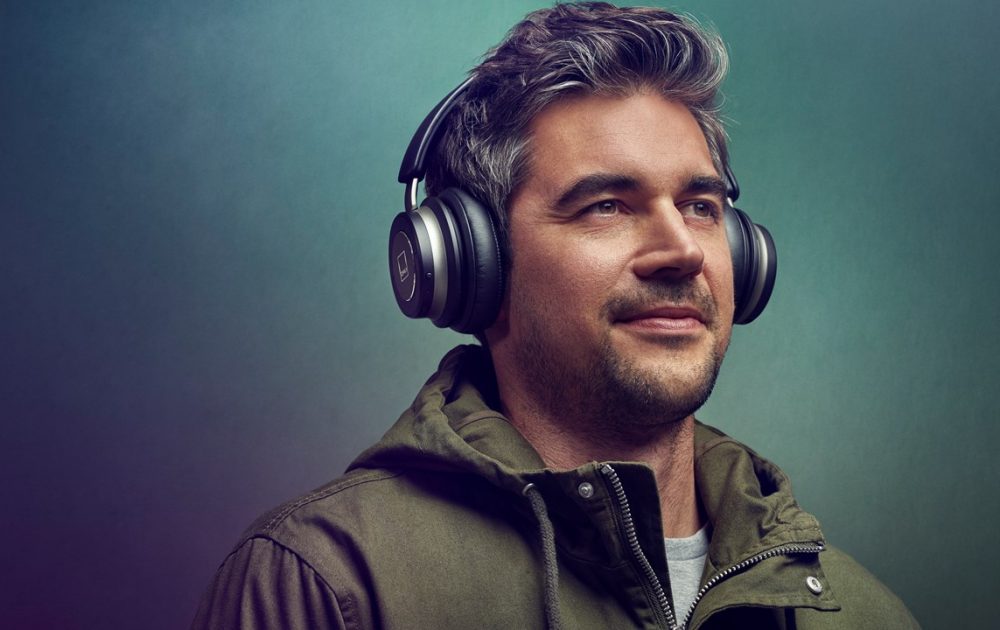 Look down, think of a Danish speaker brand that starts with D, look up, think of a Danish speaker brand that isn’t Dynaudio. I’ve had a number of run-ins with Dali speakers over the years, but they’ve never been as firmly planted in my mind as some other brands–but I’ve always thought they seemed to put out a nice enough product. I’ve just never sat down with a Dali for long enough to know, and to tell the truth I didn’t really do much research when a review sample came across my desk. The Dali IO 6? Another pair of headphones from a reasonably well-known speaker brand, Bluetooth, noise-cancelling, a laundry list of facilities, $500 price-point, I’m nodding my head absent-mindedly.

What the dickens? Cue surprised pikachu face meme. I ripped the cans off my head the first time I heard them. This can’t be right, I thought. The Dali IO 6 sound goods. I mean, really good, as in “better than some of my proper headphone rigs” good. What the hell? Clearly I underestimated these puppies. Let’s go in for round two.

The DALI IO 6 is, in a sense, unremarkable in its Danish classiness. The box is a white and Nutella-cream affair, with just enough leather and accessories to make you feel looked after, but not spoiled like Focal’s high-end offerings, which are more of a “Louis Vuitton goes Audio” event. I like the kind of minimalism that is really just-enough-ism, however, so the packaging is great. Nothing distracting or superfluous, and the carrying case and accessories provided are plenty premium for my tastes in a $500 headphone. 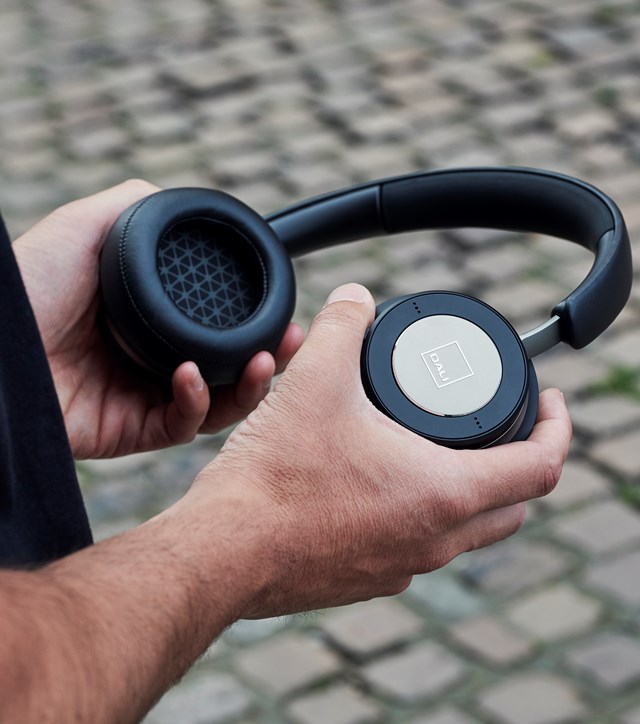 The Dali IO 6 headphones themselves are similarly a study in just-enough-ism and strike a wonderfully Goldilocks-type balance in the build. The leather is neither too silty and thin as some synthetics can be, nor too grainy and rough as some authentic thick leathers can be. It’s on the thicker side of synthetics, but retains the smooth texture that no true leather can really manage. They fit reasonably well on me, I have a large head and smaller ears. I could imagine some finding the ear-cups a tad on the shallow side, but it didn’t bother me. I think my noggin must have funny lumps or something though, as I could have done with a slightly tighter clamping force as the Dali IO 6 never sat exactly right on my head. Maybe it was getting dropped on my head as a baby, or it’s all that clinically American ego that even the Danes can’t fully anticipate in their designs. I jest, but overall these headphones were comfortable for hour or two long sessions without any issues, more than sufficient I suspect for any task where you’d want to use a wireless headphone.

That sort-of-important sound thing though, what about that? Well, it’s damned good to put it mildly. In headphones, frequency response accounts for about 80% of the sound of a unit, and the rest is dynamics and transient response, detail and a little of some other assorted extras. In the case of the 80% that really counts, the Dali IO 6 has what counts, where it counts. (My dad used to say “fat in all the right places.” Well, rather he said it after he saw a picture of Kate Upton and heard about her getting bashed on for being “too fat.” Not so PC as Meghan Trainor or Lizzo perhaps, but eloquent in the way only dads can be—which is to say, kind of naughty even when it’s wholesome.)

I digress. The Dali IO 6 has essentially a flat frequency response. There is no frequency range which is out of place. Treble is tidy with no weird suck-outs or peaks, the mid-range is transparent, clean and texture and bass, though perhaps just 1-or-2dB more than I like it on the very bass-iest songs, is tight and clear. It’s unusual to hear a headphone with a frequency response this tidy even in the high-end arena of headphones. I’ve actually never heard a Bluetooth or wireless headphone that has the level of clarity and frequency response correctness of the Dali. 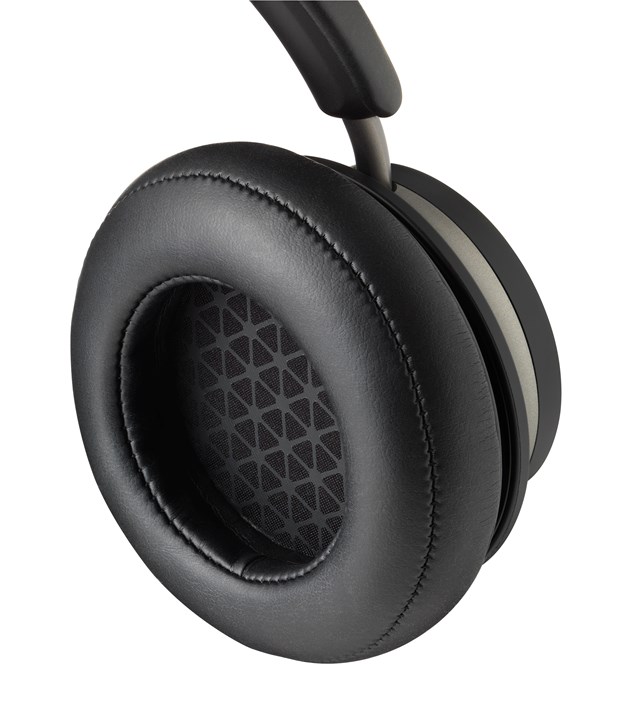 The trade offs are what one usually finds with Bluetooth headphones: dynamics and resolution, though very good for a wireless headset, do suffer compared to a wired rig of comparable price. There’s always a slight fuzziness to imagine, a slight looseness and lack of impact to the bass and a general lack of resolution when compared to wired operation. The real test is when you turn on the active noise-cancellation, something modern headphones have improved on, but which remains a pain point for many headphones. I’m happy to report such is not the case for the Dali IO 6. There was no weird sensation of pressure on my ears as with many noise-cancelling headphones, and neither was there a complete destruction of tonality. There may have been a very slight bit more edge to the upper mid-range, but even this was extraordinarily small, and not bothersome to my fussy ears. What makes for a great home headphone makes for a great travel headphone, and the active noise-cancellation works great and means you can travel while enjoying excellent fidelity with these if you wish. 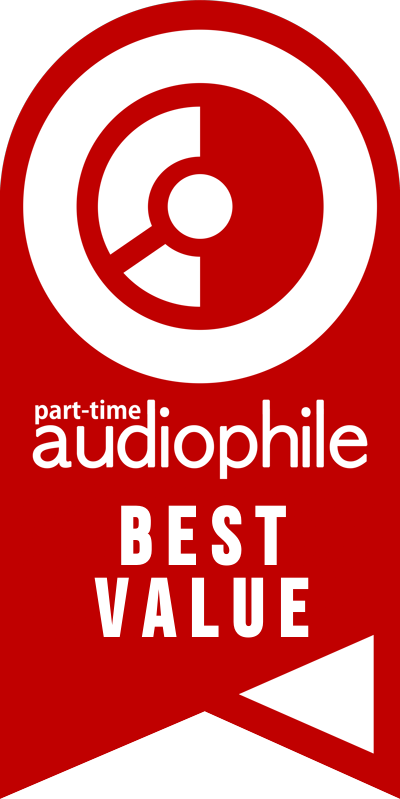 Other usability factors are all in order and top notch too, the buttons, side panel ear-cup controls and on/off button are all well thought out, with only one nitpick. There are too dang many of them. I felt like a kid who’s been hunched over the cookie jar too long, and what made the headphone easy to use while on the head, also made the removal experience a bit frustrating. Every time I took the headphones off, I inevitably bumped one or other of the controls because they were all clustered so close together where the hand naturally falls when removing them.

These nitpicks, and they are nitpicks, aside, these headphones have been one of the biggest surprises to come across my reviewing desk in a quite a long time. There’s almost nothing bad to say about them because they are essentially flawless. Yes, there are many wired headphones that will allow you to achieve the eargasmic heights of perfectly sharp transient resolution. But in the sense that product has no flaws or quirks that are not intended for its given use case, the Dali IO 6 is among the best I’ve encountered. If you have the budget for them, these are simply the best Bluetooth headphones I’ve ever used, and there’s nothing more that needs to be said about them.

In house for more than a month now stands a gorgeous work of art, the Ikarus integrated amplifier, designed by Kostas Metaxas. Not the best match for my rather big speakers but an amplifier that […]

I wasn’t supposed to review the Goldring Ethos phono cartridge. It merely hitched a ride with the Thorens TD-1601 turntable and arm combo that I have in for review. Anthony Chiarella, who represents both companies, […]

I don’t want to bury the lede, so let’s start with one basic fact: a pair Burwell & Sons Homage speakers costs $80,000. Let that sink in. Eighty thousand dollars. I wanted to get that […]