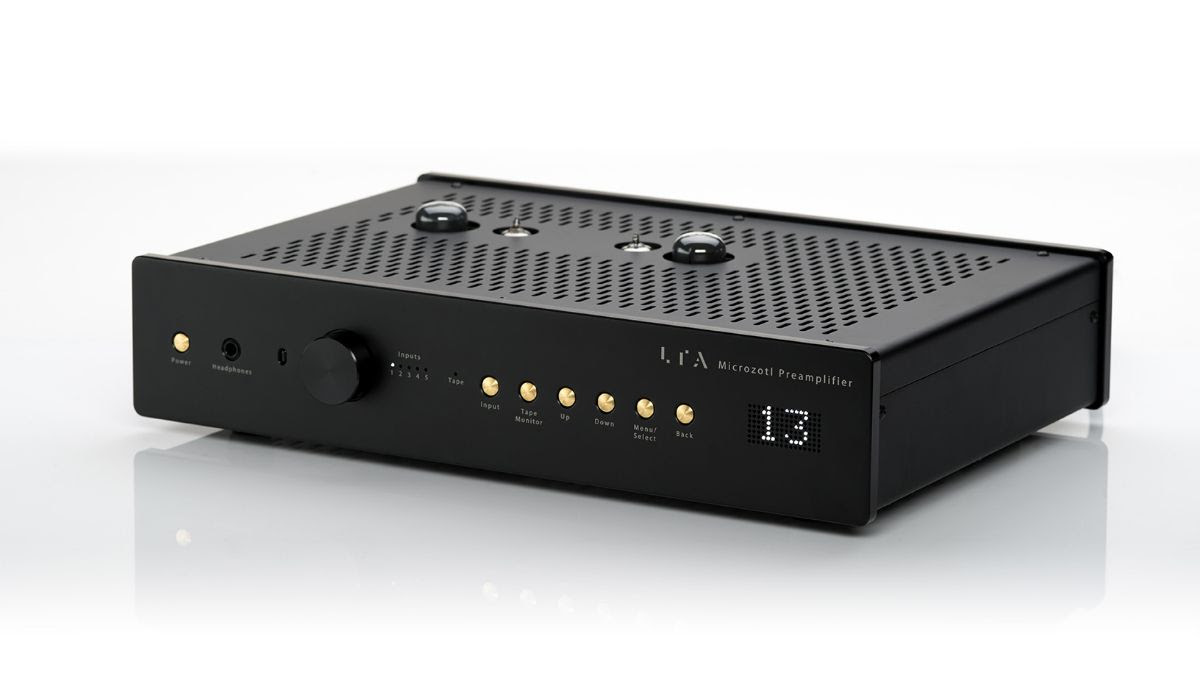 Linear Tube Audio (LTA) announces upgrades to their flagship MicroZOTL Preamplifier. Though the base model price stays the same, the upgrades do offer greater sonics and functionality via the new gain control.

Our own Marc Phillips was dazzled by Linear Tube Audio’s ZOTL40 MicroZOTL Preamp, which he reviewed HERE recently at the beginning of the summer. It’s quite the in-depth review, and as with all LTA products, they photography just doesn’t do the beauty of them justice.

Price of base model remains the same

“We are always looking to improve our products, to make them sound as good as possible. Likewise, we want our products to be as functional as possible and work well with the widest range of other components,” said Mark Schneider, founder of Linear Tube Audio.

“The challenge is making a preamp that many consider to be an ‘end game’ component even better. Based on what we heard from our beta testers and early customers, we believe we’ve achieved a level of improvement that makes these upgrades a worthy addition,” added Schneider.

“The best part is that we were able to bring some improvements to the stock MicroZOTL Preamp while not raising the price. When was the last time you heard that in high-end audio?” added Nicholas Tolson, Linear Tube Audio’s Director of Sales & Marketing.

All upgrades are available now for new customers and existing MicroZOTL Preamplifier owners via an upgrade program.

We’ve recently made changes to all new production units that make incremental, but important, sonic improvements. The price of the base MicroZOTL Preamplifier remains the same. All new units ship with the following upgrades:

“Level 2” are optional upgrades that bring the MicroZOTL Preamplifier to, you guessed it, another level.

Our internal and beta test customers were unanimous in their praise of the improvements brought by the Level 2 Upgrade:

To allow more flexibility and compatibility with a wide range of components, we’ve added the ability to adjust the attenuation scale of the MicroZOTL Preamplifier via the menu system. The settings are 0db (default) and -10db and can be set individually for each input.

The result is essentially an additional step on the stepped attenuator in order to shift the logarithmic curve about 10dB lower. This adjusts the volume control to allow for finer low-level attenuation when using sensitive speakers or headphones.

The new Adjustable Gain Control is installed by default on all new MicroZOTL Preamplifiers.

All upgrades are available now for new customers and existing MicroZOTL Preamplifier owners via an upgrade program.

All Production Upgrades and the new Adjustable Gain Control are included in the base price of the MicroZOTL Preamplifier, which remains $4,450.

Existing MicroZOTL Preamplifier owners can upgrade their units with all upgrades – Production Upgrades, Adjustable Gain Control, and Level 2 Upgrades – for $1,300.

For more information on the MicroZOTL Preamplifier and all upgrades, please visit: https://www.lineartubeaudio.com/products/microzotl-preamplifier

Usually when I visit the Linear Tube Audio room at a high-end audio show, their amplifiers are matched with Spatial Audio loudspeakers, which are a synergistic match. Or they’re paired with Fern & Roby speakers, […]

Sometimes the timing of an audio review seems inadvertently auspicious. Such is the case of my latest project: the Daedalus Audio Apollo full-range speakers. I’ve had these lovely wooden wonders here in my home for […]

Local Washington DC company Linear Tube Audio (LTA) had a big presence at the show this year. It seemed like every time I turned around, something of theirs was staring me down. Most notable was […]