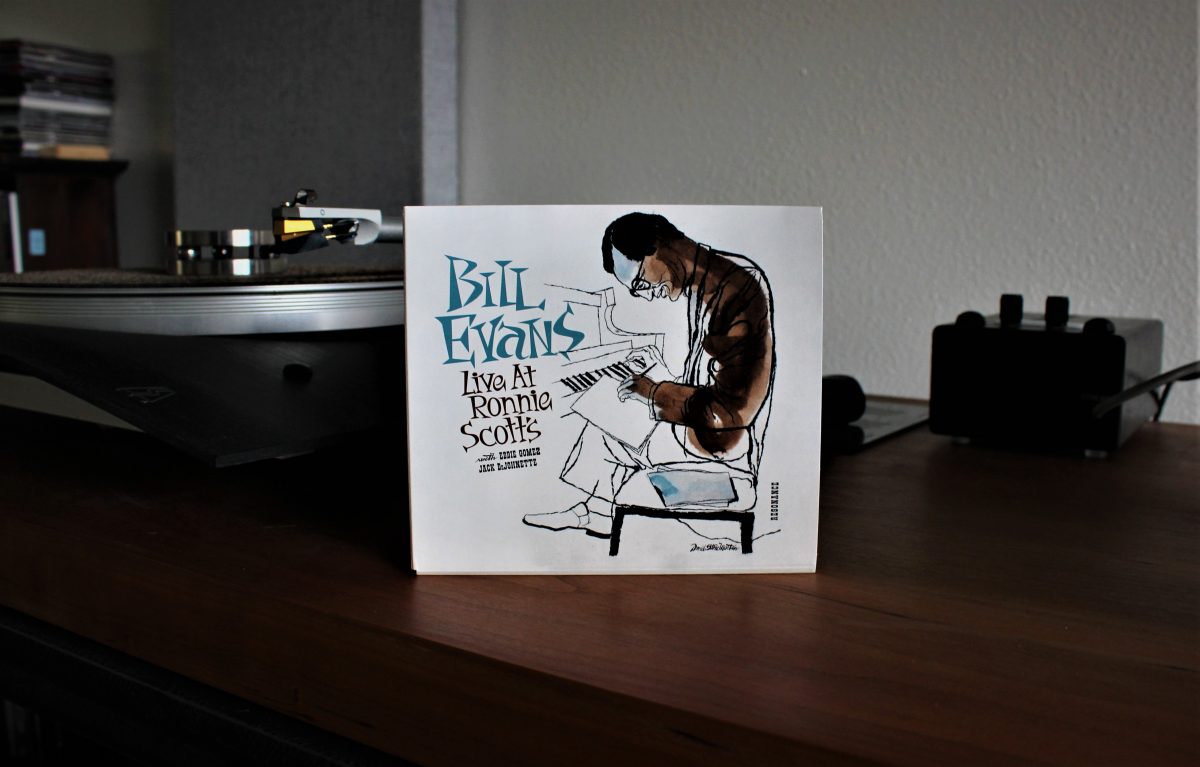 I reviewed a couple of Christmas jazz releases last week, something to play right before the holidays to get into the right mood. Well, consider Bill Evans Live at Ronnie Scott‘s an actual present to yourself, especially if you’re a fan of Bill Evans. (I am. I put him up there with Ellington and Brubeck, three corners of an equilateral jazz piano triangle.)

This collection of previously unreleased performances, captured in 1968 over a month-long gig at the titular Soho club, wound up in a German vault for 50 years. If you know your Bill Evans, you’ll know his trio during this period included bassist Eddie Gomez and drummer Jack DeJohnette–the crew that was featured in Bill Evans at the Montreux Jazz Festival. Resonance Records, which is fast becoming a label known for finding lost treasures in the world of jazz–I reviewed their early Nat King Cole collection, Hittin’ the Ramp, a year ago and even purchased it for my parents at Christmas–and you get the same great packaging.

I didn’t know this until now, but Brian Hunter interviewed Resonance’s Zev Feldman, aka The Jazz Detective, two years ago on The Occasional Podcast.

Because these are “historical discoveries,” as opposed to audiophile reissues, Resonance is more concerned with restoration than augmentation–even with a 1968 recording. The Nat King Cole set, for instance, was mostly from the pre-stereo era. But even in mono, that set was still pristine condition with a pure, focused sound that made the project worthwhile. In the case of 1968 Bill Evans, of course, the sound is much better. But the reason to own this is to revisit a great, relatively unheard performance from a legendary trio of musicians.

Unfortunately, the 2-LP set was a special for Record Store Day back in November. I missed the deadline. But the digital versions–digital download or a 2-CD set that contains a booklet and additional material–is out now. You can even download it in time for Christmas!

These have been prolific times for legendary composer and trumpet player Wadada Leo Smith. Over the last year or so I’ve received so many new recordings from Smith, and we’re not talking single albums. We’re […]

I’ve seen this type of album cover quite often in the world of contemporary jazz, just a photo of the artist or two, and the simplest of titles that suggest no one cared about the […]