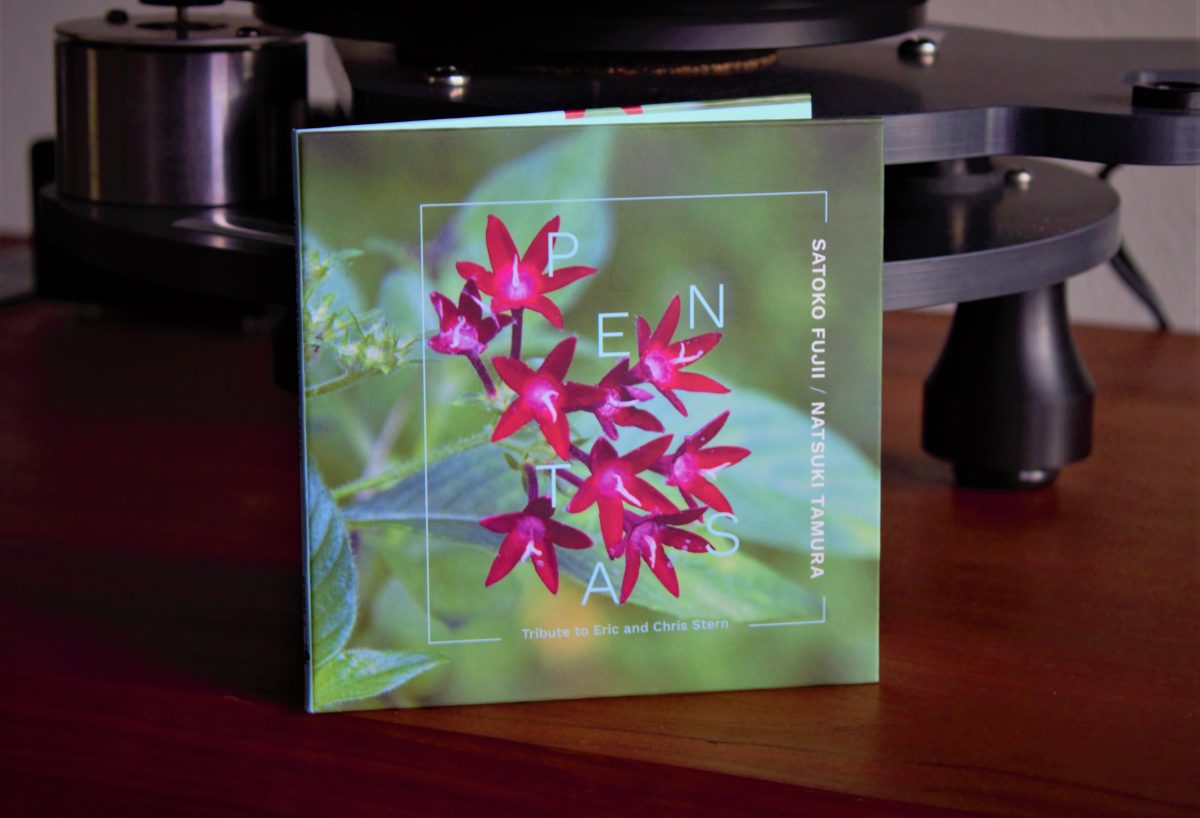 Satoko Fujii and Natsuki Tamura’s Pentas (website) is a companion piece to Prickly Pear Cactus, the Ikue Mori album I reviewed a few weeks ago. Both CDs arrived the same day in the same package featuring the same Japanese composers and musicians, same label and art direction, so I assumed that they were meant to be enjoyed together, a sort of vol. 1 and vol. 2. Both albums qualify as avant-garde or even free jazz. What’s surprising about these calculated similarities is the differences between them, and how a rather difficult and focused genre can be so inclusive.

Prickly Pear Cactus was set up with pianist Satoko Fujii and trumpeter Natsuki Tamura on one end, and avant-garde composer Mori on the other side with the electronics and the production. (A necessity, since the recording was done during the pandemic.) Prickly Pear Cactus was sensational in the purest way, a thrilling and goosebump-inducing corralling of noise into streams of music. Pentas, by definition, takes away the ethereal effects from Mora and leaves a piano and a trumpet, naked on the stage, communicating in a spare but strangely formal way.

Satoko Fujii and Natsuki Tamura have recorded seven albums as a duo over the last 23 years, and perhaps that’s the reason why their counterpoints are so precise, so measured. There’s a lot of nothingness floating across the stage, moving between the two performers so deliberately as if these original compositions were written for a trio. (Not that there’s anyone missing, since the space is standing front and center and hopes to be acknowledged.) Nope, this is one of those exquisite recordings that give you glimpse inside of the instruments, the brass and the wood and the steel strings and the saliva and the sweat.

Usually, Satoko Fujii is known for doing most of the composing for this duo, but on Pentas Tamura shares equal writing credit. That, in turns, translates into a certain equality between the two performers, a long conversation between old friends where each person has a lot of things to say and a lot of questions that only the other person can answer. That sort of intimacy is what distinguishes Pentas from most experimental duos–there’s a tangible bond between these two friends that can be heard in every word between them.

When I first installed the SPL Performer s1200 power amplifier into my main system a few months ago, I was a little worried. The Lab12 Integre4 integrated amplifier had just left the building, and I […]

Oh gee, another photo of The Audio Company room with Von Schweikert speakers and VAC amps? Phillips must have gone to another high-end audio show. It’s true that I often kick off my show coverage […]

While it’s true that I’m trying to take a break from contemporary jazz these days–I really needed to poke my head out and see what else is going on–there’s still contending with that wild card, […]