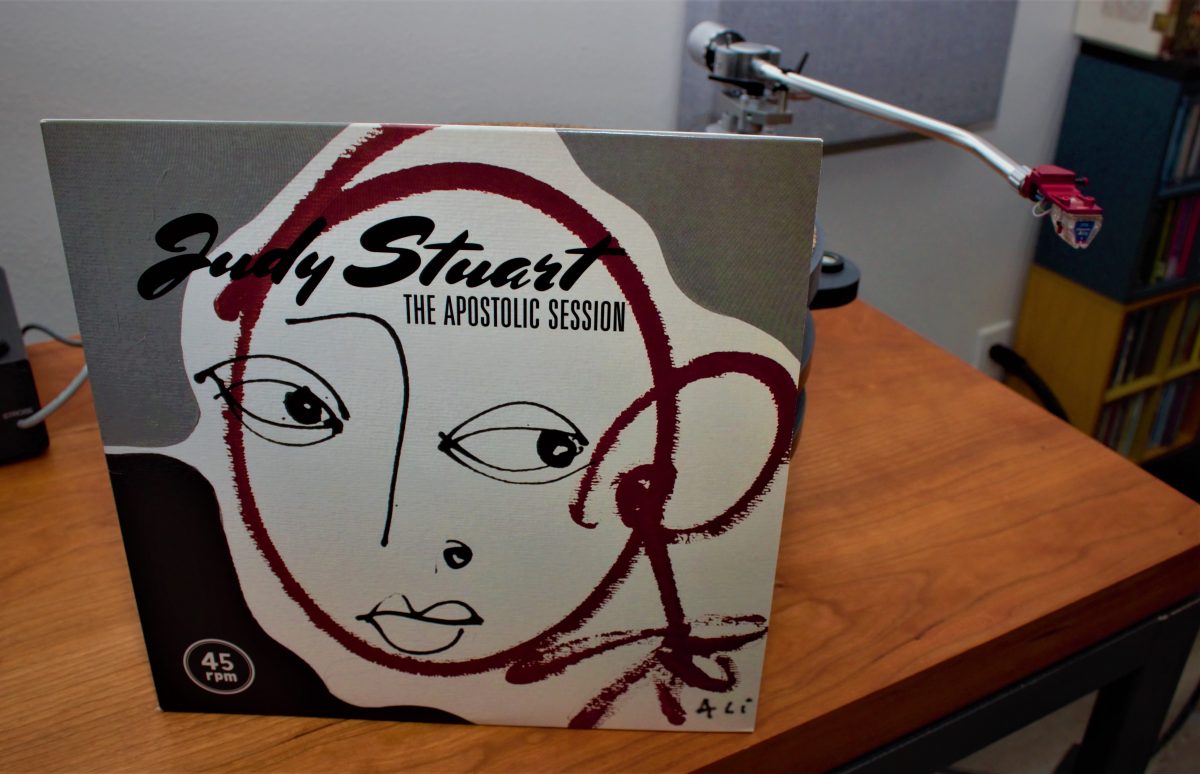 I really want to more about this Judy Stuart. A couple of days ago I received this 10″ 45rpm single in the mail, The Apostolic Session, and I’m still reeling from the discombobulation of it all. First of all, how many 10″ records do I have in my LP collection? Maybe three, and one of them is Colleen’s? I loved setting the vinyl on the seemingly over-sized turntable platter and pretending I finally lucked into getting a perfectly restored EMT turntable from Hans Van Vliet. I push the 45rpm button and this music just starts flying off the vinyl.

The aforementioned discombobulation, of course, comes from this music, this crazy mash-up of acid-rock and free jazz, led by a wild and untethered singer named Judy Stuart who might not realize that someone put a live mic in front of her. She’s not backed up by anything resembling an ordinary rock or jazz combo, but rather a junior high jazz orchestra that might have been slipped a few tabs because this was recorded, after all, in 1969. That stuff was everywhere. 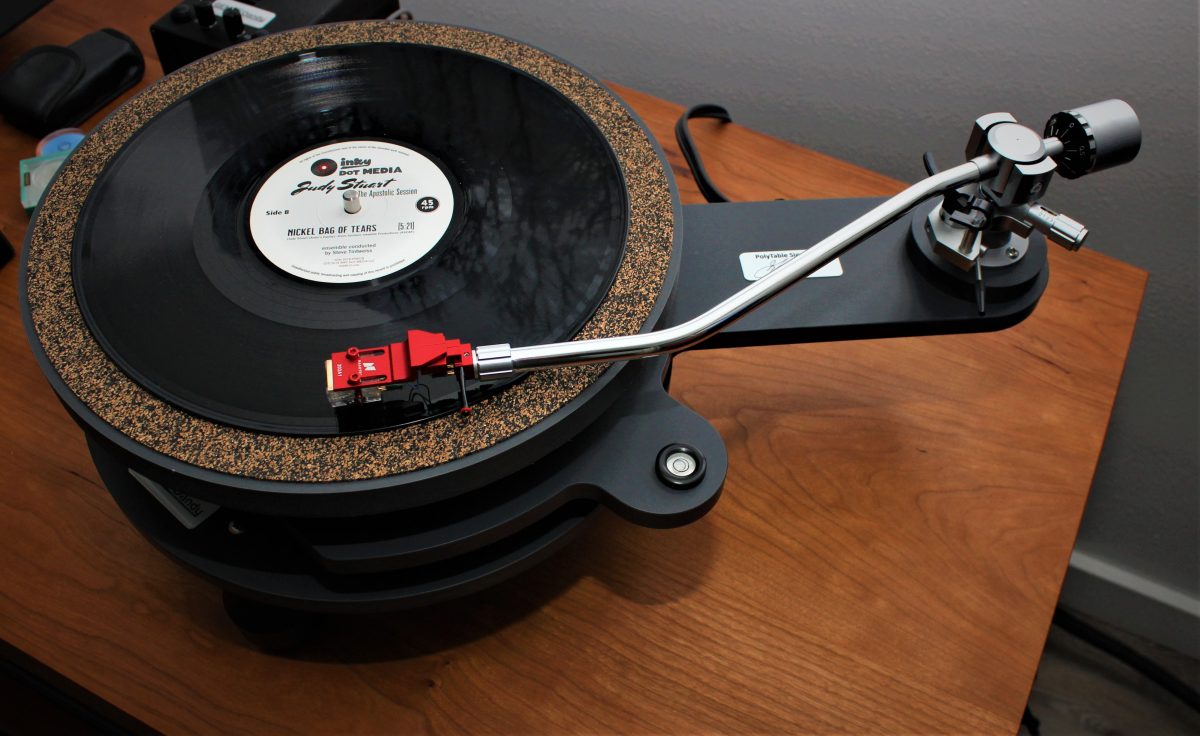 Now consider the sound quality of this Judy Stuart album, release by Inky Dot Media, which is dated but in an extraordinarily specific way. The Apostolic Session, a 12-channel multitrack studio session, was intended as a demo for Vanguard Records. It sounds just like it was recorded in a multi-purpose room at that junior high school, especially when you focus on Shelly Rusten’s basic (albeit supremely groovy) drumming. It’s a small, old school drum kit recorded in a very big room. It’s awesome in every way.

In fact, The Apostolic Session is very awesome, the type of music that occasionally comes out of nowhere and shows me something I haven’t seen or heard before. If the idea of a fusion between a psychedelic rock group playing their first gig at Woodstock, a free jazz ensemble and a high school marching band scares you, think about Zappa or another Van Vliet named Don. It’s more fun to hear the music than read about it. You’re just getting one Judy Stuart song per side–“Inspiration” and “Nickel Bag of Tears”–but this isn’t about quantity. It’s about embracing the weird, especially when you’ve been trapped inside for too long. It’s about doing something different.

It’s been a while since I’ve had to assemble a “Best of Show” list at the end of a high-end audio show, and I was starting to have reservations about the process long before I […]

The best jazz CDs of 2021? Vinyl is the most popular and desirable listening format. Do you agree? When it comes to jazz, that means reissued vinyl of largely dead jazz artists, since the majority […]