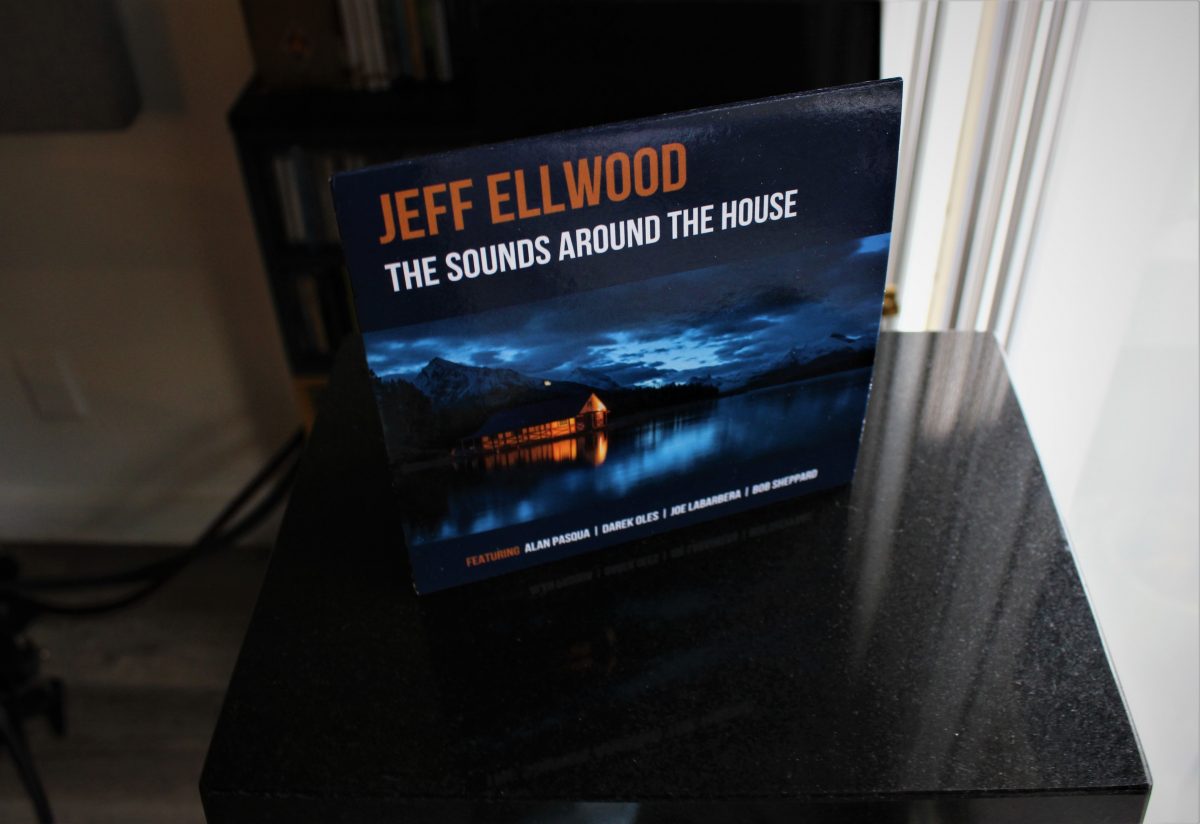 The new album from sax player Jeff Ellwood (website), The Sounds Around the House, is the perfect soundtrack for cold, windy days like this. First of all, it’s not really day music–at least in normal times. This is late night jazz, smoky and languid and full of passion that simply can’t be summoned in direct sunlight. This is what the best jazz club in town sounds like when you first walk into it, real be-bop that exists simultaneously with the present.

So why would you listen to Jeff Ellwood and his quartet play this sultry set in the middle of the day in your house? Because it’s the kind of jazz that lifts you without bothering you. Ellwood’s sax plays the kind of melodies that help you put it all together when you’re staring out the window and searching for a new perspective. You can’t go to that club right now, but that saxophone is there for you, narrating whatever thoughts are running through your head. There’ll be a time when we can perform and listen again and it will sound just like this.

This is yet another jazz album that sounds so right after just a few notes, respectful of tradition while introducing unique voices. You never want to overthink jazz , or give it too many elements to consider at once. Jeff Ellwood finds that space between his performers–pianist Alan Pasqua, bassist Darek Oles, drummer Joe Labarbera and  a guest sax performance by Bob Sheppard on “King Henry”–and the energy is perfectly balanced behind him.

The Sounds Around the House is the debut album from Jeff Ellwood, but he’s played with some of the best over the years–he performed at the Whisky a Go Go when he was just 15. He’s known for his expressive solos, and that’s why he’s such a vibrant narrator. His notes all sound like words–each one has a distinct meaning and clarifies all those surrounding notes as well. Most of all, he’s telling you about the sounds around the house, and why they need to be set against jazz like this on a day like today.

Saxophone player Kenny Shanker and his new album, Beautiful Things, act as quite the polar opposite to the Swiss and Russian jazz that has dominated my review schedule over the last few weeks. These international […]

I must admit to a slight bias against jazz performers, arrangers and composers who try to write original songs that sound just like classics from the Great American Songbook. These otherwise talented people fall short […]