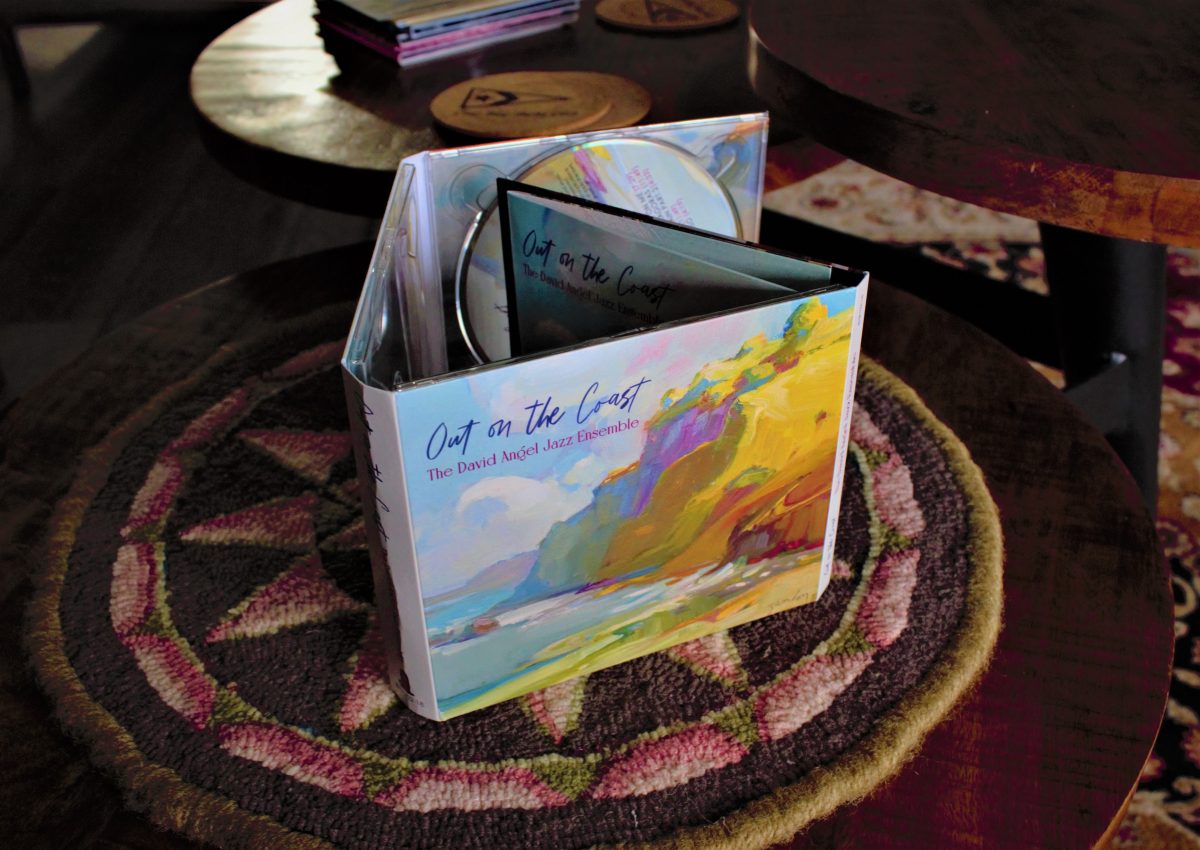 I’m a big proponent of quality over quantity, which is perhaps why I don’t own a lot of those monstrous box sets on CD or even on LP for that matter. Perhaps it’s also because I like my music in easily digestible chunks–I never thought it was a good thing when 70-minute-long albums on CDs replaced 40-minute-long albums on LP. In most cases, there’s too much padding and inconsistency. When this three-CD anthology came in from the David Angel Jazz Ensemble (website), I seriously questioned whether I wanted to sit down and listen to every song–twice, which is usually the bare minimum for a competent music review.

Out on the Coast, however, turned out to be a brilliant companion for these long days at home. Here’s what happened during the first listen to the David Angel Jazz Ensemble. (By first listen, I really mean first–I’ve never heard of David Angel before now.) I settled in with this fairly large ensemble, not quite a big band but big enough to be versatile with Angel’s compositions and arrangements. David Angel is a sax and clarinet player as well as a composer, and he conducts here. His partner in the project is “jazz tuba virtuoso” Jim Self, who produces. As you can imagine, the flow of this album is led by the horns and the woodwinds, but not in the usual way.

That’s because the David Angel Jazz Ensemble swings, and they swing consistently. This is a seasoned group, with origins that go back to 1969 when David Angel put together a rehearsal group. There’s such a smooth flow to the ensemble’s approach that they never seem quite as intrusive as a big band, which is a great reason to keep things small and tight and focused. These musicians are so tight, in fact, that it’s strange I haven’t heard of them before. Perhaps that’s why orchestrator Brad Dechter once called Angel “quite possibly the best composer you’ve never heard of and most definitely kindest soul you could ever meet.”

Circling back, I did listen to all three CDs from the David Angel Jazz Ensemble. In a row. I even read the booklet with rare photos and interviews. And I did it again a few days later. We’re talking about several hours of superb large ensemble jazz, never bothersome, always thoughtful and engaging. Those hours, in case you didn’t guess, flew by.

Hamilton Leithauser, The Loves of Your Life | The Vinyl Anachronist

Singer-songwriter Hamilton Leithauser is one of my favorite discoveries over the last few years. His 2016 album with Vampire Weekend‘s Rostam Batmanglij, I Had a Dream That You Were Mine, was one of my top […]

We were just discussing Audio Note UK in the Part-Time Audiophile War Room a few days before I left for the Pacific Audio Fest in Seattle. While the brand can be polarizing, I proudly stated […]