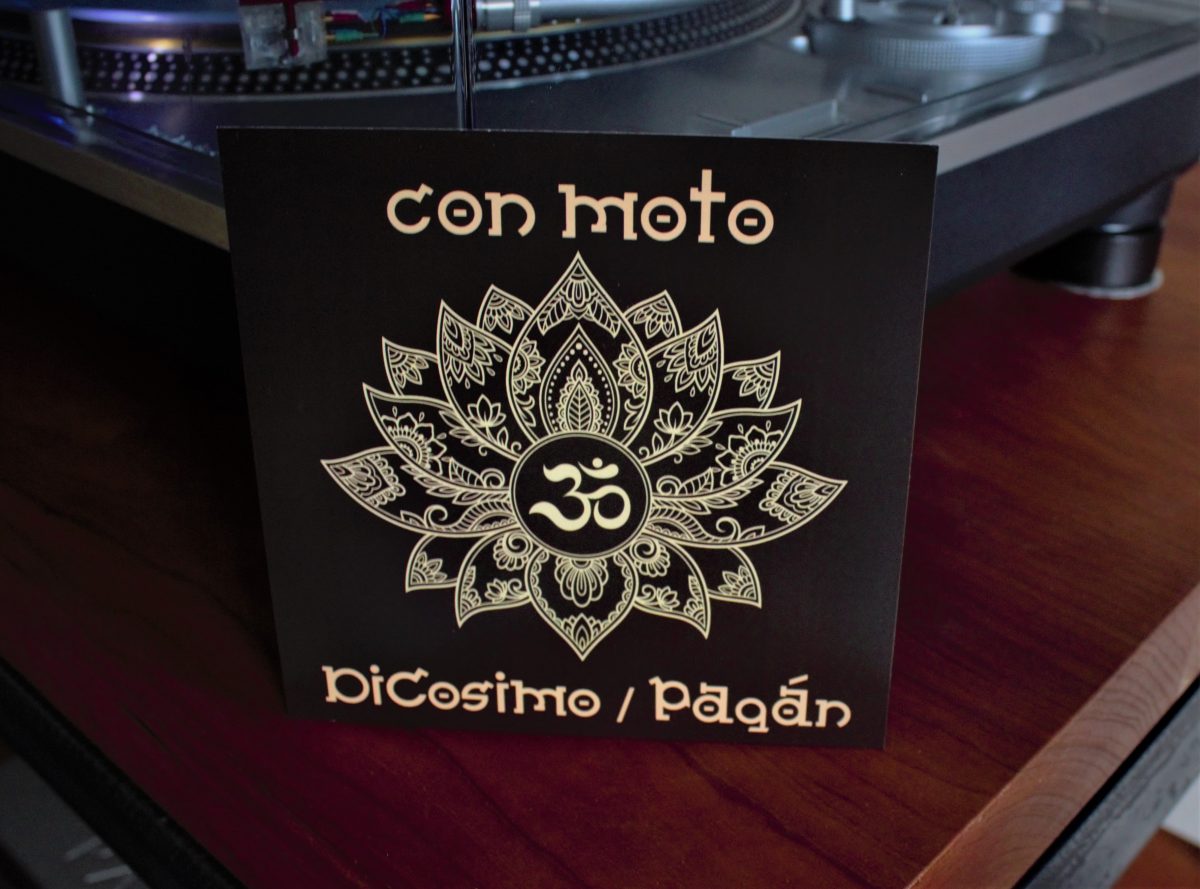 Within a few seconds of putting Bill DiCosimo and Edgar Pagan‘s new CD into my player, I realized I was hearing something that I feel like I haven’t heard in a while–a beat. Jazz is all about rhythm, of course, and as always I’m completely enthralled with drummers. But when I talk about the beat on this Con Moto, I’m talking about deep and pulsing, something that reaches deep into your gut and then starts pulling you up into the space between the speakers.

Keyboardist Bill DiCosimo and bassist Edgar Pagan have been playing together for over twenty years, and with some jazz great such as Spyro Gyra, Bela Fleck, the Average White Band and more. You want some fun credits? How about Wayne Newton, Lou Gramm and Charo? So before we start talking about Con Moto in a jazz context, we have to recognize that the heart and soul of this music belongs in that strange netherworld where funk, fusion and R&B meet, that funky land where everything seems purloined from the ’70s but in a spectacular way.

Bill DiCosimo and Edgar Pagan also know how to work in pop and rock. Some of Con Moto‘s most fabulous moments occur during songs like Steppenwolf’s “Magic Carpet Ride” and War’s “Cisco Kid.” This duo, backed up by plenty of vets such as Jimmy Haslip, Jeff Lorber and Gary Novak, aren’t trying to hop genres and give you a different perspective. They’re more concerned with invigoration, not deconstruction. That’s why these covers feel more essential than usual–they supply a certain pure energy that might have been missing from the originals.

But let’s get back to the beat. It’s a big beat, even when the band shifts to softer approaches. This is a recording that arrived while the awesome, dynamic Volti Audio Razz loudspeakers were in the system, and man did this place bounce up and down. This is a thicker, meatier sound than most of the jazz I’ve been reviewing of late, and perhaps I’m the one who is invigorated now. Bill DiCosimo and Edgar Pagan seem unusually adept at making this kind of music, so it’s just a matter of freeing your mind…and you know the rest.

Does it surprise you to know that I’ve been anticipating the release of Nancy & Lee, an LP reissue of Nancy Sinatra and Lee Hazlewood’s duet album from 1968? Even I’m surprised by this a […]

What’s wrong with hitting the ground running? I bring this up because I’ve been spending the last couple of months with the Acora Acoustics SRB monitors (website), the little two-ways with the granite enclosures, and […]