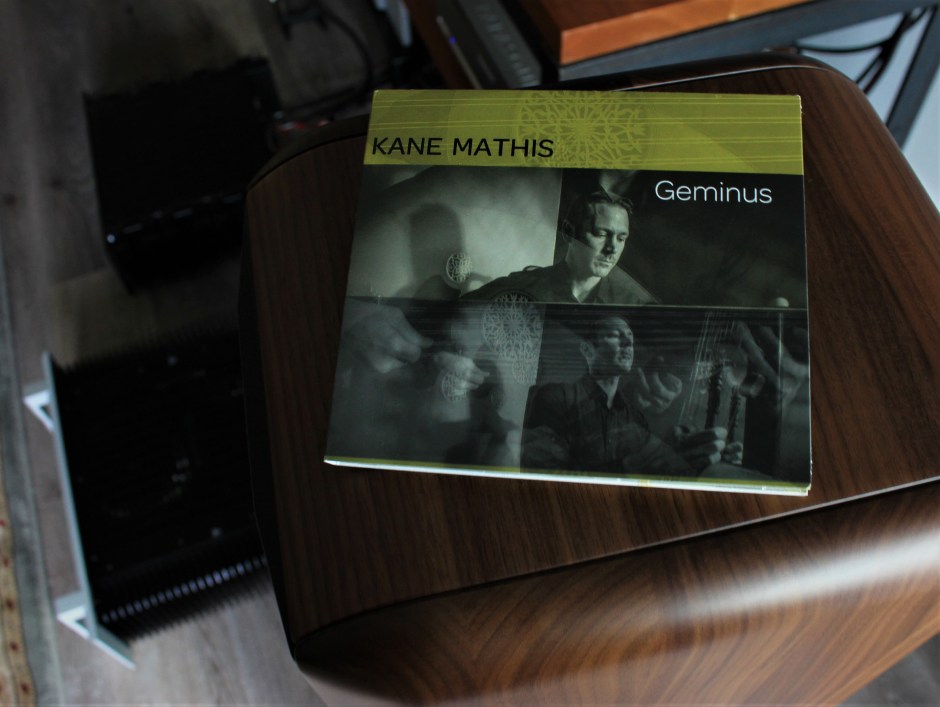 This new album from Kane Mathis (website) leapt out at me barely five seconds into the first track and started conjuring wintry images and ideas. It reminded me of a dark and snowy drive between Syracuse and Rochester a few years ago, and the jazz program on the NPR station started playing a jazz trio, bass and drums and…harp. That was fantastic music, and I wanted to know everything about it. I was unsuccessful in finding that recording, even after checking the radio station’s website and doing the Google. For a second I thought this Kane Mathis, was that performer. This is a harp jazz trio, isn’t it?

Not quite. on his new album Geminus, Kane Mathis plays the oud, a fairly well-known Turkish string instrument, and a mandinka kora, which has origins in Morocco but looks like a cross between a sitar and a banjo. Surprisingly, the kora sounds a lot like a number of harps, which is probably what fooled me.

Now take these two lovely and exotic string instruments, and back them up with a drummer (in this case, John Hadfield) and a bassist (Sam Minaie), and play some jazz like that mystery harpist did on that somewhat treacherous night in central New York. That music was definitely a jazz trio, maybe already arranged for another string instrument. Kane Mathis, however, knows how to use the folk origins of each instrument to blur those genre boundaries. While much of this music has a foundation in jazz, it’s played with the same relentless momentum as you’d find in a folk dance, with melodies plucked straight from North Africa and the Middle East, and perhaps Eastern Europe. Once in a while, you even hear the spirit of that Celtic harp. 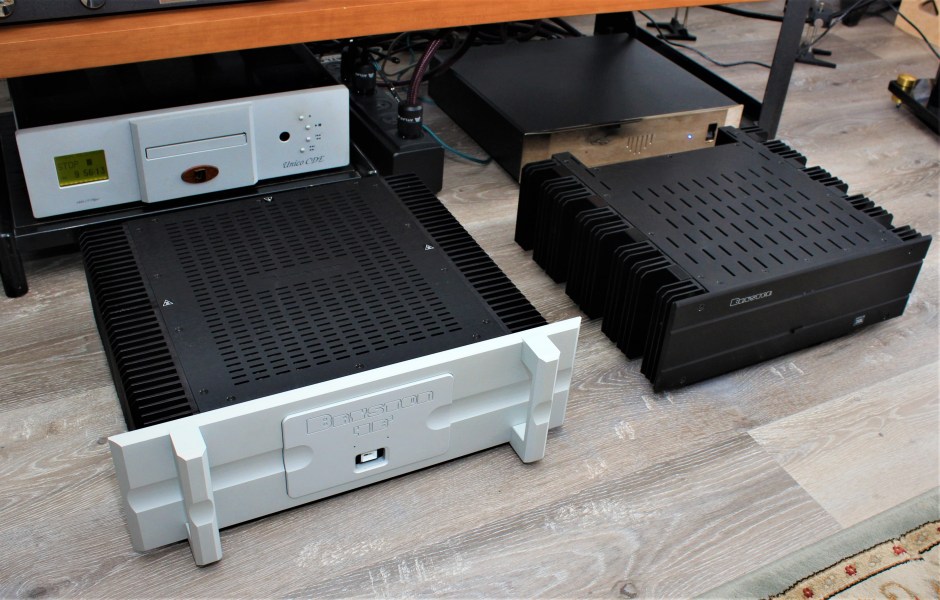 This debut from Kane Mathis is also recorded with considerable care. I’ve mentioned “demo quality” recordings in the past, and when I was an exhibitor that meant stuff I’d play for show attendees that would wow them and make them want to buy my stuff. It was actually the highest honor I could pay a piece of music back then, but now the term seems arcane. But Geminus sounds fantastic. How fantastic?

I used Geminus, along with a few Chet Baker reissues, to evaluate two Bryston 4B power amplfiers–the new 4B³ against an older 4B. This is an album full of beautiful yet complex sound, with plenty of inner detail that blooms with the right kind of hi-fi system. It’s an equally complex way of saying that I really enjoyed Kane Mathis, and I could listen to Geminus over and over. Which I have.

Maybe you’ve started to notice a certain theme in many of my reviews, so it won’t surprise you to hear that the LSA T-3 turntable (website) and I also go way back. We’re talking […]