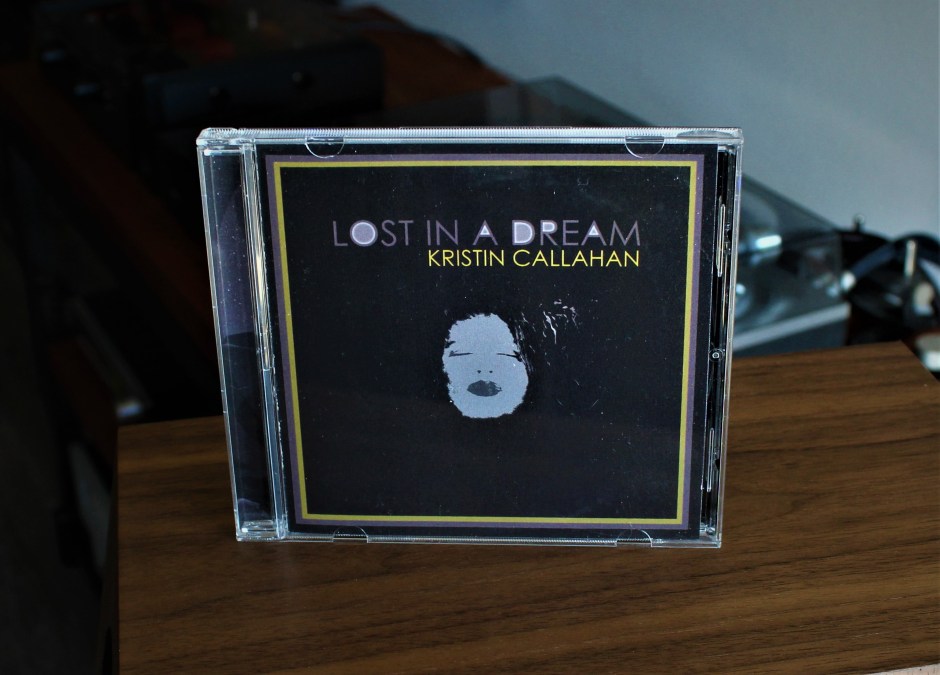 I feel like it’s been a while since I last heard a new female voice album that I really like. At the same time, I realize I’ve been awfully critical of the average audiophile’s obsession with the female voice as a tool to evaluate high-end audio. It almost sounds like I don’t like female singers. I do! Listening to Kristin Callahan sing on her new album Lost in a Dream, however, I suddenly realized that there’s a fine line between a singer who connects with me, and a singer who doesn’t.

On the surface, Kristin Callahan sounds a bit like Diana Krall. I’ve been very critical of Diana Krall in the past, mostly because of the behavior of her most rabid audiophile fans who run freely down the corridors at high-end audio shows and scream horrible things. It’s nothing personal, I like to explain. But there is a deeper reason why I’ve never connected with her, and that has something to do with her cool, dry approach. I often describe her singing like this: it’s as if she’s looking at her watch the whole time because there’s somewhere else she’s supposed to be. Then I switch the discussion to how awesome her husband is.

I’m listening to Lost in a Dream, the third album from Kristin Callahan, and my immediate first impression was cool and dry. Yes, she sounds a little like Diana Krall. So why am I caring so much about her voice? What does she have that Diana Krall doesn’t?

Who knows. This is all about preferences, subjective interpretations, and it’s just a matter of hearing Kristin Callahan taking that “too cool for school” attitude and doing something more complex with it, adding another layer. Callahan is dry and cool because you can hear that distance and know it’s a defense mechanism, a very pure and gossamer layer that reveals that enough time has passed so we can talk about these things now. We couldn’t before. I need that from my jazz singers, a subtext that’s completely necessary when covering the Great American Songbook. Bring yourself into the story.

This is why I don’t like making direct comparisons in reviews, because we wind up talking about the wrong things. For instance, I haven’t mentioned that the musicians here are adventurous in all the right ways. Bassist Eliot Seppa also co-produces and arranges, and there’s a lushness and a variety to these songs that, while anchored by gentle Latin rhythms, still transports you very different worlds. (Seppa and Callahan are joined by stage by guitarist Matvei Sigalov, trumpeter Joe Herrera and percussionist Tom Teasley.)

But it’s Kristin Callahan’s voice that will make you stay, even if you aren’t enamored with female voice recordings as the ultimate truth. Each note starts off as a response to singers such as you-know-who, and then they gentle evolve into something with wings, something that seduces you with the slightest nuances that will ultimately win you over.

When I reviewed Rasmus Kjaer‘s Turist and Orqid‘s Tenderness a few weeks ago, I mentioned that there were three electronica LPs that were sent to me around the same time and that all three were […]

I’ve come to the realization that I like my jazz on the soft side. I’m not talking about lite jazz or soft jazz or any of that twinkly keyboard stuff, nor am I just thinking […]