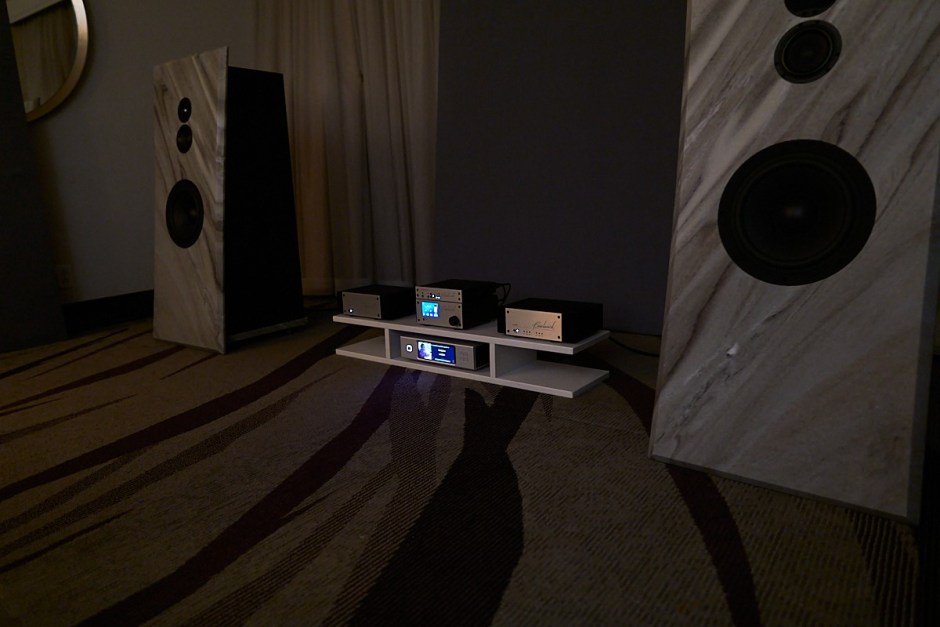 I’m not familiar with Pietra speakers (website), but they resembled the Acora Acoustics speakers which both Marc Phillips and Dave McNair have reviewed and raved to me about recently. The large marble front baffles meant to help create a smooth off-axis rolloff in the treble are also angled to achieve time alignment according to materials in the room.

Made to order in San Diego California, the Pietra Model 3SG weighs an enormous 350 lbs. and, somewhat unusually, use 2nd-order transfer functions in the crossover. Efficiency is a rather low 86db at 2.83V/1m and minimum impedance is listed as 3.4 ohms. Bring a beefy amp for the Pietra. 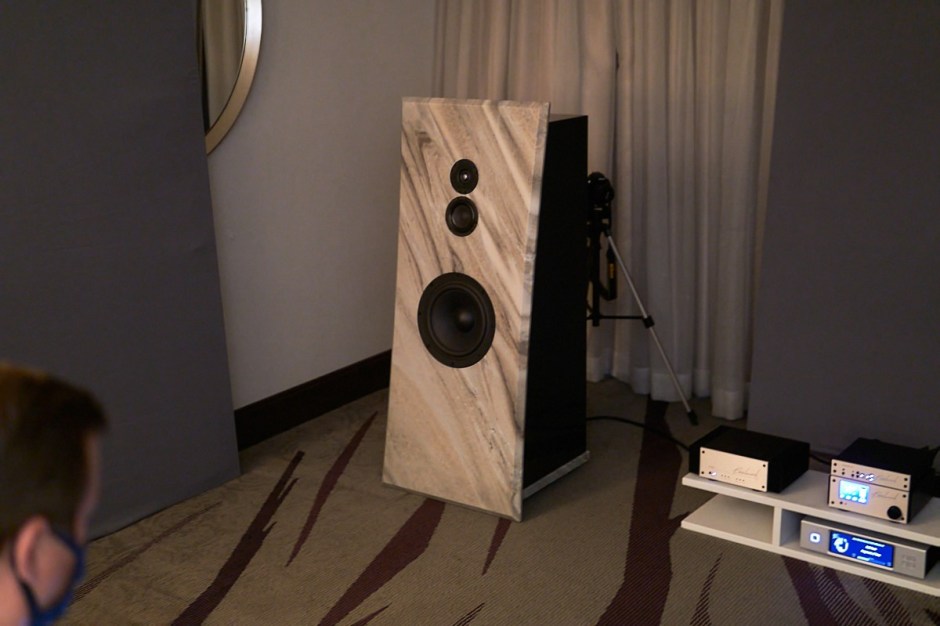 Speaking of, the Benchmark AHB2 that was playing in the room seemed to have enough juice to drive the Pietra speakers, and the all-Benchmark system seemed to be making decent music, with an open midrange and huge bass. In fact, bass was a little too huge on some songs, and sounded a bit boomy, though I think it was a room resonance rather than a speaker issue, as I heard a similar cupped sound in some of the other rooms on the third floor.

Overall dynamics were excellent despite the tonal challenges though, and sounds exploded out of the speakers with force and authority that granite speakers I’ve heard seem to do well. For the audiophile with a strong back and a powerful amp. 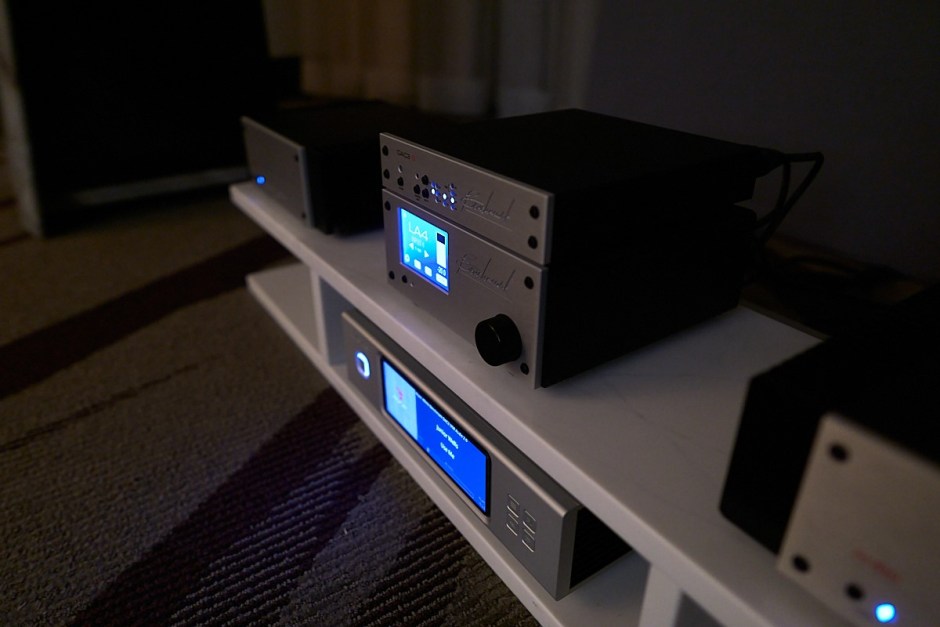 Photos continue below, and more T.H.E. SHOW 2021 coverage can be found HERE.

Grover is a recent transplant to Los Angeles, CA, and a graduate of the Oberlin Conservatory, where he studied music, creative writing, and how to wear skinny jeans. After graduating Grover pursued a freelance career in audio, doing professional research in the fields of Auditory Cognition, Psychoacoustics, and Experimental Hydrophone Design.

Before moving to Los Angeles, Grover worked and lived in Chicago, Illinois as a mixing and mastering engineer, working in genres such as Avant-garde Classical music and Jazz. As a recent transplant to L.A., Grover now works in the music, video game, and film industries.

He is also actively pursuing a career as an independent musician, composer, and producer. Grover wrote for Innerfidelity and Audiostream, before finding his forever-home at Part-Time Audiophile. 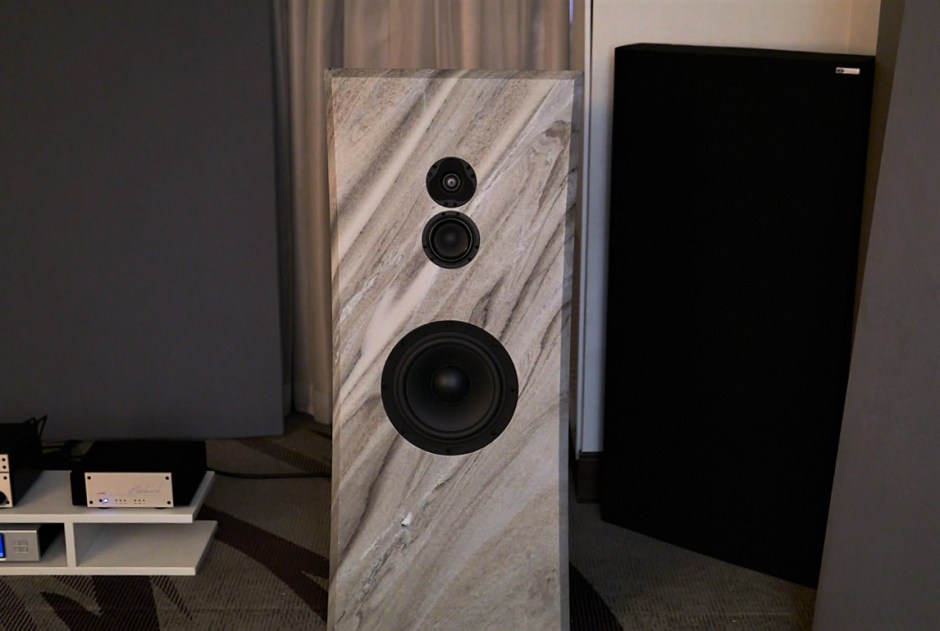 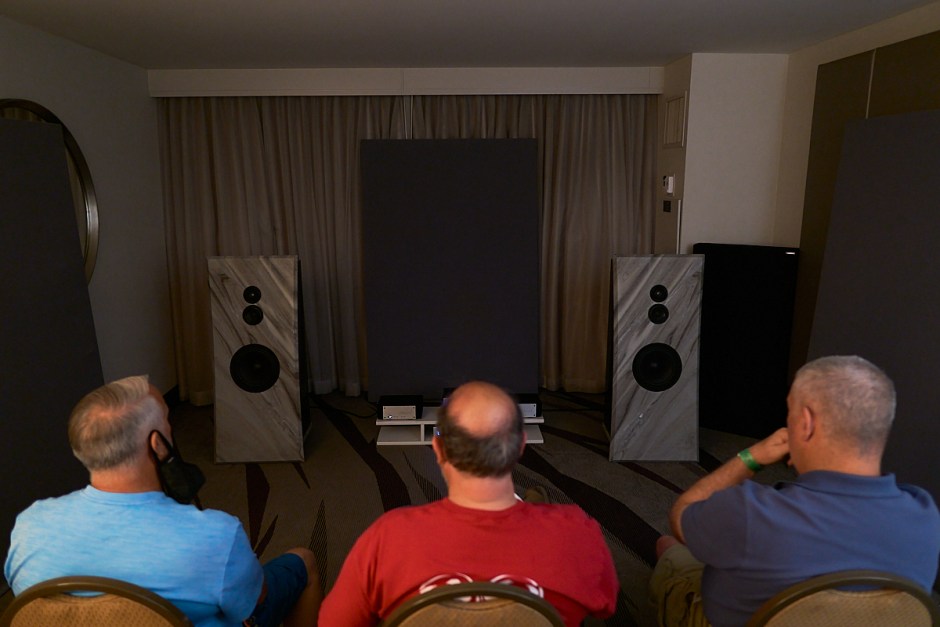 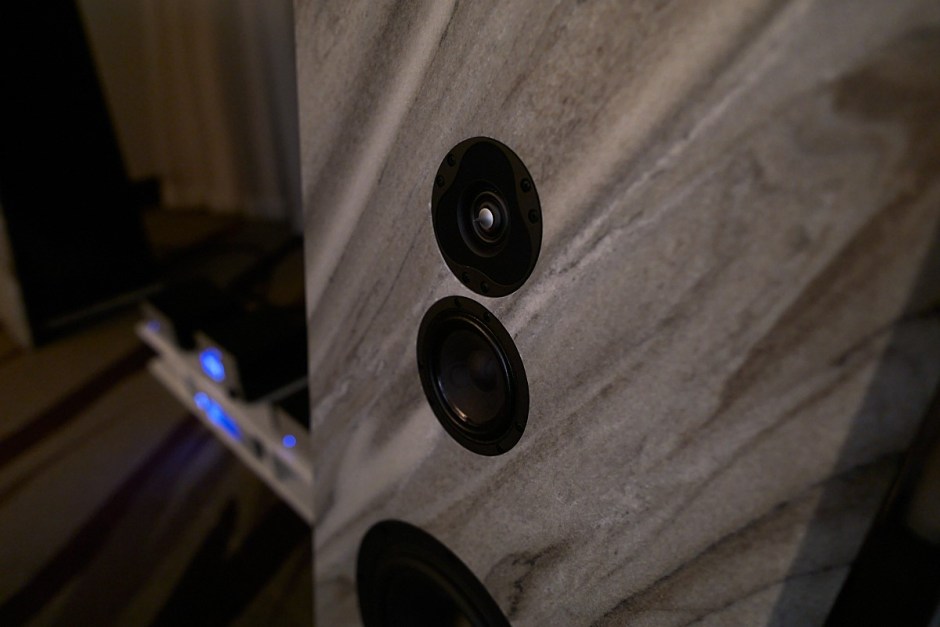 Visit any audio show and you will see lots of Aurender music servers in dozens of listening rooms. Before I got further into streaming, I honestly did not pay much attention. But at this show, […]

One of two rooms featuring some magnificent loudspeakers from German loudspeaker/electronics maker Tidal Audio, found Doug White of The Voice That Is (out of Philadelphia, PA), showing off my speakers. Well, no. Not really. I […]

It’s that time of year for me, time to evaluate all these holiday jazz albums that have made their way to me over the past few weeks. Year after year I tell myself that I’m […]